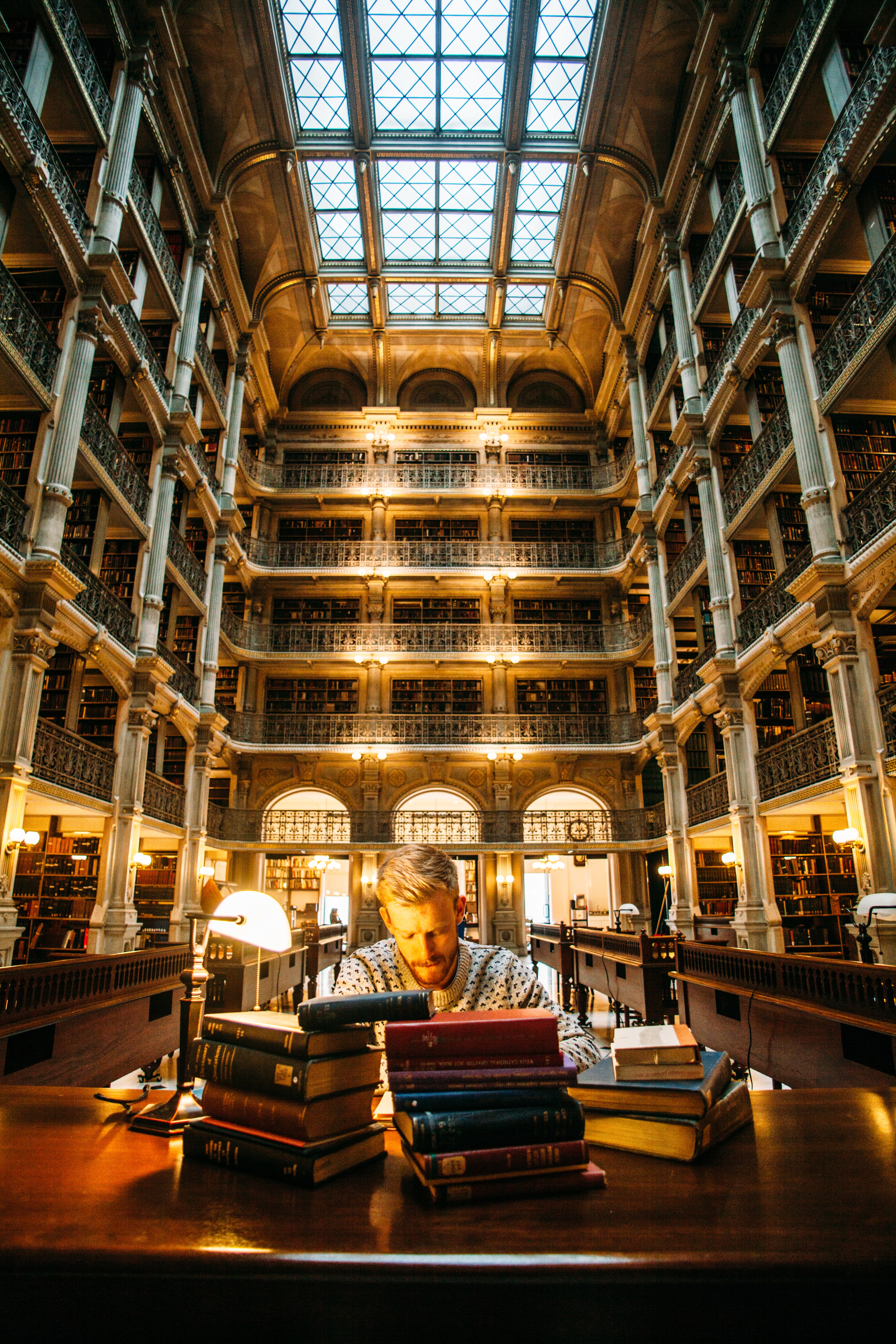 Want to condense an entire 3-4 years of Spanish classes at uni into just a few minutes? Here is your chance. Put in the hard work, concentrate on this lesson and you might just be surprised and how much you can learn on one single page. This post is an overview of everything you need to know about the Spanish tenses and their conjugations, from the most basic to the most advanced.

If you’re not sure what these are, let’s just say Spanish tenses are really important. Something you really need to master if you want to someday be a proficient Spanish speaker. They are the building blocks you need to construct full sentences in any situation. So let’s dive in!

Present Spanish tenses will be used when you talk about current events, things that are happening now, or when you explain what you think or like.

The Spanish present simple tense is generally formed when you want to talk about a habit or something that happens in general. For example “I eat rice every night” (Como arroz todas las noches) or “She believes no-one deserves to live this way” (Ella cree que nadie merece vivir así).

The present tense is formed by changing the endings of the verb, which will be different depending if the verb ends in -ar, -er, or -ir.

The past tense is used when you want to talk about events that happened any time before the present moment, whether that be 2000 years ago, 5 months ago, yesterday, or 2 minutes ago.

However, while in English we get by with only one, in Spanish there are two tenses which are used to express the past, and they have very different uses.

The past preterite is used when you want to talk about specific events that happened at a certain time in the past. For example, “I sold my house,” (Vendí mi casa) or “the little boy ate a worm” (El niño se comió un gusano).

Like the present tense, the past preterite is formed by changing the endings of the verb, which will be different depending if the verb ends in -ar, -er, or -ir.

The past imperfect tense is used for speaking about past habitual events, like “I used to eat cereal every day,” (Yo comía cereales todos los días) or to give background information or set a scene in the past, such as “The door was opening and closing” (La puerta se abría y se cerraba).

In the imperfect tense, the regular -er and -ir endings are exactly the same, so there are only two distinctions.

Note: In the past imperfect tense, it is customary to add the subject before the verb when talking in first and third person. Where with other Spanish tenses you can leave it out without adding any ambiguity, here the first person and third person formations are the same, so if you don’t specify which one you’re talking about it could lead to confusion.

The future tense is used to talk about events that will happen any time after the present moment. There are two ways to form this in Spanish, which is similar to how we talk about the future in English.

The future inflection is similar to using the world will in English. Instead of changing the endings of the verbs, the future tense takes the whole verb and adds to the end of it. This is therefore a lot easier to remember as there is only one conjugation for all types of verbs.

This is essentially the equivalent to the English “going to” do something. This is spoken about in a lot more detail in our post on the conjugation of the Spanish verb “ir”.

This is essentially the equivalent of the English “would” do something. This could be both in the case of a condition, such as “I would go if you wanted me to” (Yo iría si tú quisieras), or when referring to the future from a point in the past, like “She asked me if I would come back” (Ella me preguntó si yo volvería).

Only in Spanish, instead of having a separate word to express this (as we do in English), this is shown by adding an inflection to the end of the verb, very similar to the future tense.

The conditional tense, like the past imperfect, uses the exact same forms for the first and third person, so being clear with who you’re talking about is usually necessary.

All the previous formations mentioned are in indicative mood, which is named as such because it is indicative of reality. The subjunctive, sometimes referred to as irrealis mood, is used when we talk about something which is uncertain, unknown, or something which is imposed on by something else. There is a whole list of uses for the subjunctive, but you’ll notice that they all follow this same basic notion of surrealism.

By far the most common form of subjunctive, the Spanish present subjunctive expresses the idea of uncertainty or unknown-ness in all present or future situations.

Here are some examples. Note that the subjunctive verb almost always follows the connector ‘que’.

E.g: When I travel to Uruguay, I’m going to visit all the monuments in the country. | Cuando viaje a Uruguay, voy a conocer todos los monumentos del país.

E.g: Do whatever you want. | Haz lo que tú quieras.

E.g: I want you to wash the dishes. | Quiero que laves los platos.

(Note that here, you could add ‘espero’ but the sentence also works fine without it.)

These are just the instances I could think of off the top of my head, but there are many more scenarios in which the present subjunctive could be used, so keep that in mind and do some more research if you really want to master the subjunctive.

For the conjugation of the subjunctive, you’ll notice that the endings are almost opposites of the regular present tense endings.

Once again, be careful with the first and third person formations as they are identical. Make it clear who you are talking about.

If you want to say, “I wanted you to wash the dishes,”:

At first glance, past subjunctive might seem like the most complicated Spanish tense, but it’s actually quite simple. To form the past subjunctive, you should take the third person plural form of the verb in past preterite, take away -on, and then add the same endings we see in the present subjunctive of ER/IR verbs. You’ll find that there are absolutely no exceptions to this rule – it even works with irregular verbs.

Let’s take a look at how this plays out:

There are two ways to form the past subjunctive which are completely interchangeable. Which one is used generally just depends on the region. The other one is the same for all 3 verb endings, and looks like this:

This is where you talk about something that has/had/or will have been done. To be able to use the perfect aspect with ease, you must first master the verb ‘haber’, and then see how the Spanish past participle is formed (and memorize those irregulars).

The Spanish progressive aspect is what we use when we talk about something in the process of happening. This is your English equivalent of the ‘-ing’ form. We go into a lot more detail on this in our post about the Spanish present progressive aspect. Our post on the conjugation of the verb ‘estar’ will be very helpful to help you make more complex progressive constructions.

A conditional sentence is basically a sentence that uses ‘if’ or an equivalent, to create a situation where one thing will happen dependent on another. This is a very important structure to know how to use, because what you will find is that you talk about imaginary scenarios more than you think!

There are three different sentence structures to form conditionals. The good news is that, in this blog post, you’ve already learned all the Spanish conjugations you will need to form all three sentence types! The other good news is that we’ve already written up an entire post dedicated to the Spanish conditional and how it is used. Check it out if you need more guidance.

It should be noted that there are a number of irregularly conjugated verbs, which also happen to be some of the most common verbs in the Spanish language. These verbs are conjugated slightly differently to the regular verbs, which is what is shown in this post.

To see how these verbs are each conjugated, you can check out our conjugation guides to estar, ser, tener, traer, dar, ir, poder, and poner. 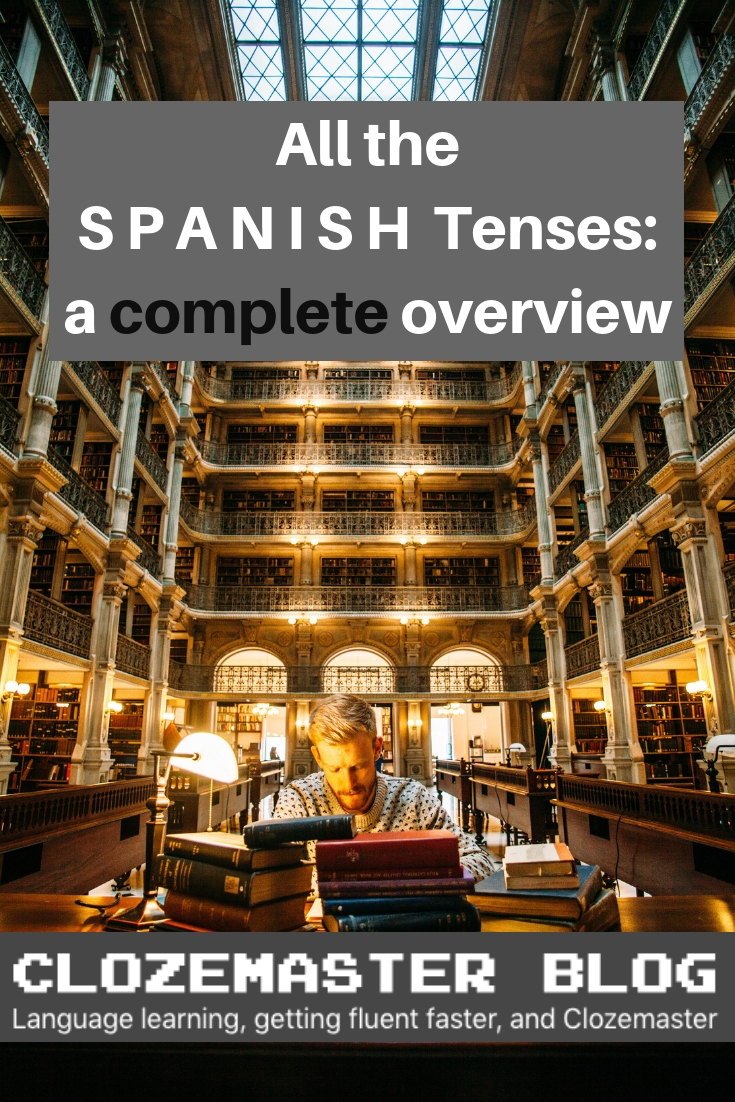 8 thoughts on “An Overview of Spanish Tenses: What They Mean and When to Use Them”