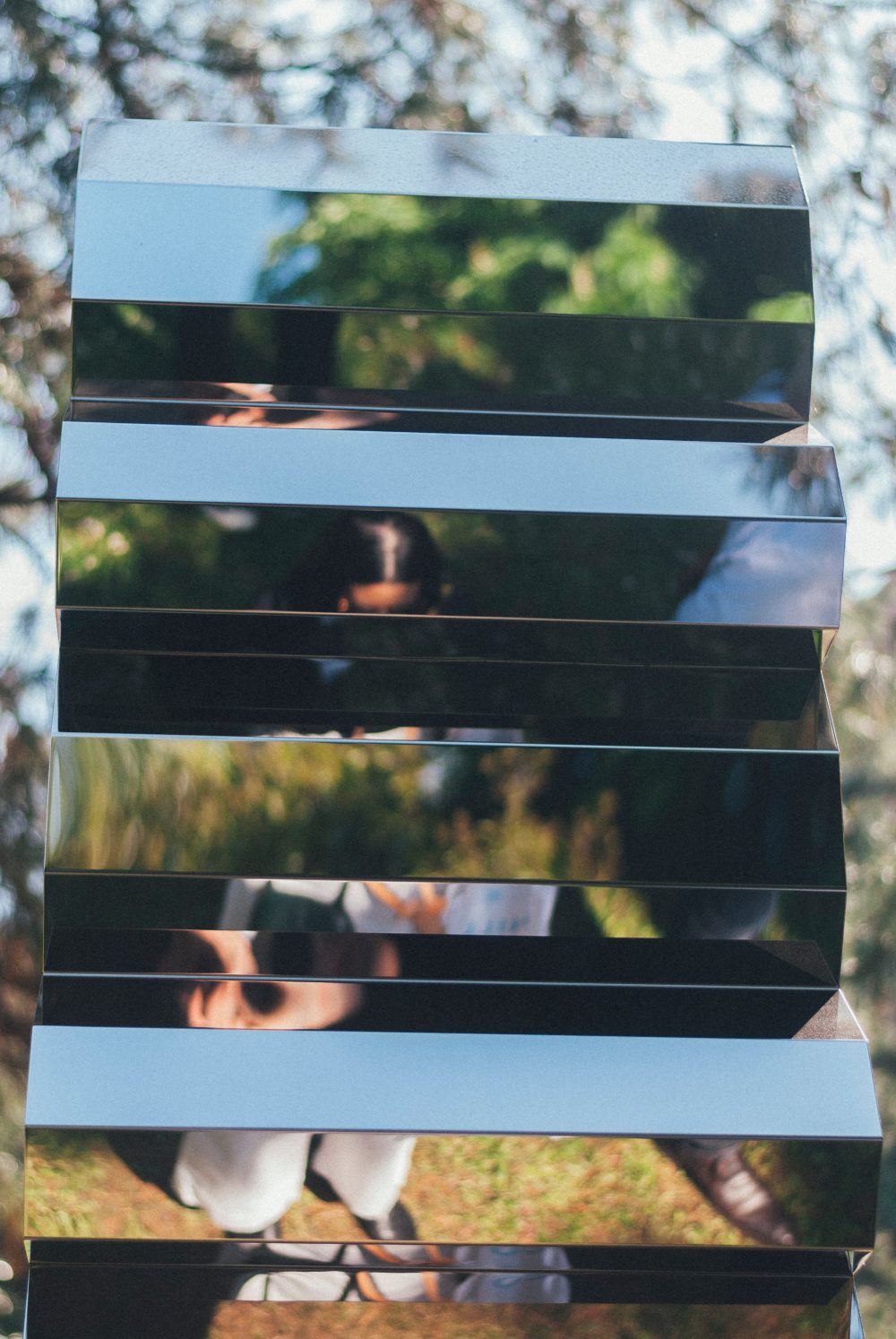 One of the biggest confusions for Spanish learners is the reflexive. It is a feature of Spanish that’s really different to English, so it is really hard to understand just by translating directly between the languages. So, let’s break down Spanish reflexive verbs and see how they’re used.

A reflexive verb is a verb which has a self-referential pronoun, either next to it or attached to it. A self-referential pronoun means that the subject of the verb and the pronoun are the same. Essentially, in some cases, you can think of it like the English “self”. Of course, that’s not always the case, which is why it does lead to some confusion, but we’ll see why.

How are Spanish reflexive verbs formed?

Reflexive verbs are formed with two main parts. The main verb is who is performing the action, and the reflexive pronoun is who the action is directed at. In the case of reflexive verbs, these will both refer to the same person.

The good news is that there are no new conjugations or verb-endings for reflexive verbs. The only thing you have to remember is the pronoun which goes with each of the person forms. Once you know these, you can use them in any tense or verb formation – the reflexive pronouns don’t change. Also, they are the same whether it’s an -ir, -er, or -ar verb. So, let’s have a quick look at how they’re formed with an example:

General verb: levantar | to pick up

Reflexive verb: levantarse | to get (oneself) up

1st person: (yo) me levanto

As you can see “levantar” is a regular -ar verb. The only difference between this and a regular conjugation is the reflexive pronoun that comes before the verb.

Verbs that are always reflexive

There are some verbs which you will almost never see without their attached reflexive pronoun, so they should always be used with the pronoun attached. In this case, it generally has very little to do with the sense of “self”, and is simply something that needs to be remembered or picked up the more you use the language. Here are some examples, but it’s definitely not an exhaustive list, so keep an eye out for these as you get to see and hear more Spanish sentences.

Verbs that are sometimes reflexive

Take a look at these examples:

Despertar – to wake (someone) up | Despertarse – to wake up

Ex: Mi madre me despierta con el desayuno. | My mother wakes me up with breakfast.

Ex: Me desperté para hacer el desayuno. | I woke up to make breakfast.

Ex: Me lavo el pelo una vez a la semana. | I wash my hair once a week.

Molestar – to annoy | Molestarse – to be bothered

Ex: Me molesta que no pare de hablar. | It annoys me how Sofia doesn’t stop talking.

Ex: No te molestes a pararte. | Don’t bother to stand up. (Note how there are two reflexives working in this sentence)

Recordar – to remember | Recordarse – to remind oneself

Ex: Me recordé que mi esposa es la mujer que más amo en este mundo. | I reminded byself that my wife is the woman I love most in this world.

Verbs that are only reflexive when they mean “self”

For verbs that have strong meanings on their own, adding the reflexive pronoun just adds the sense that the action is being done to oneself instead of to someone else. Here are some common examples.

Hablarse – to talk to oneself

Mirarse – to look at oneself

Ex: Me miro en el espejo y no me gusta lo que veo. | I look at myself in the mirror and I don’t like what I see.

Encontrarse – to find oneself

Hacerse – to make oneself (something)

Ex: Me hago una paella para el almuerzo. | I make myself a paella for lunch.

Ex: Ese tipo es muy creído, parece que en verdad se ama. | That guy is so stuck up, it seems like he loves himself.

Verbs when they are followed by direct objects

One of the more seemingly strange uses of the reflexive is where it’s used in a normal verb followed by an object. Here, it could carry the reflexive pronoun or not without changing the meaning of the sentence. The only reason it’s used is for emphasis on the subject being the person carrying out the action for themselves.

When you want to explain that an action has been carried out but you don’t want to mention the subject, a good strategy is to use the reflexive structure. This also works when you want to make a general statement without speaking to anyone in particular. This is similar to how we would use “one” or “you” in a generic sense in English.

Let’s see how it plays out with some examples.

Ex: Sólo se vive una vez. | You only live once.

Not to be confused with Spanish reflexive verbs: Reciprocal verbs

There is one thing you need to be careful of when looking for reflexive verbs. Reciprocal verbs look the same in form as Spanish reflexive verbs in the plural, but their meaning is different. Reciprocal has the meaning of “each other” Usually the context will tell you which one to employ, but sometimes it is ambiguous, so it could be either “each other” or “themselves/ourselves”.

Se ayudan el uno al otro. | They help each other.

Se juegan entre ellos. | They play with each other.

Se tratan mal a ellos mismos. | They treat themselves badly.

Another thing that also sparks frustration in Spanish reflexive verb learners is the word order. In reality, it should actually be easier because the word order is pretty flexible. Let’s look at how it works.

Firstly, for conjugated verbs, the order will always be the same as what you can see in the conjugation table at the top of this page – i.e: this order is always fixed.

If the verb is not conjugated, and instead is in its infinitive form, there are two positions for the reflexive pronoun to go. The first is before the conjugated verb in the sentence, and the second is attached to the end of the infinitive reflexive verb. This does not change the meaning of the verb at all, and it is entirely up to you which position you put it in.

No me quería levantar __.

María nunca se quiere atrever __ a hacer nada para no fallar. | María is never going to dare to do anything in order not to fail.

Remember, you can only put the pronoun in one of the two available positions, never both. See if you can find some reflexive sentences and play around with them, moving the pronoun to the other correct position.

Well, this brings us to the end of our lesson on Spanish reflexive verbs. I hope that has cleared up what they do, and why we see “se” so much in Spanish sentences. Now go forth and talk about yourself! 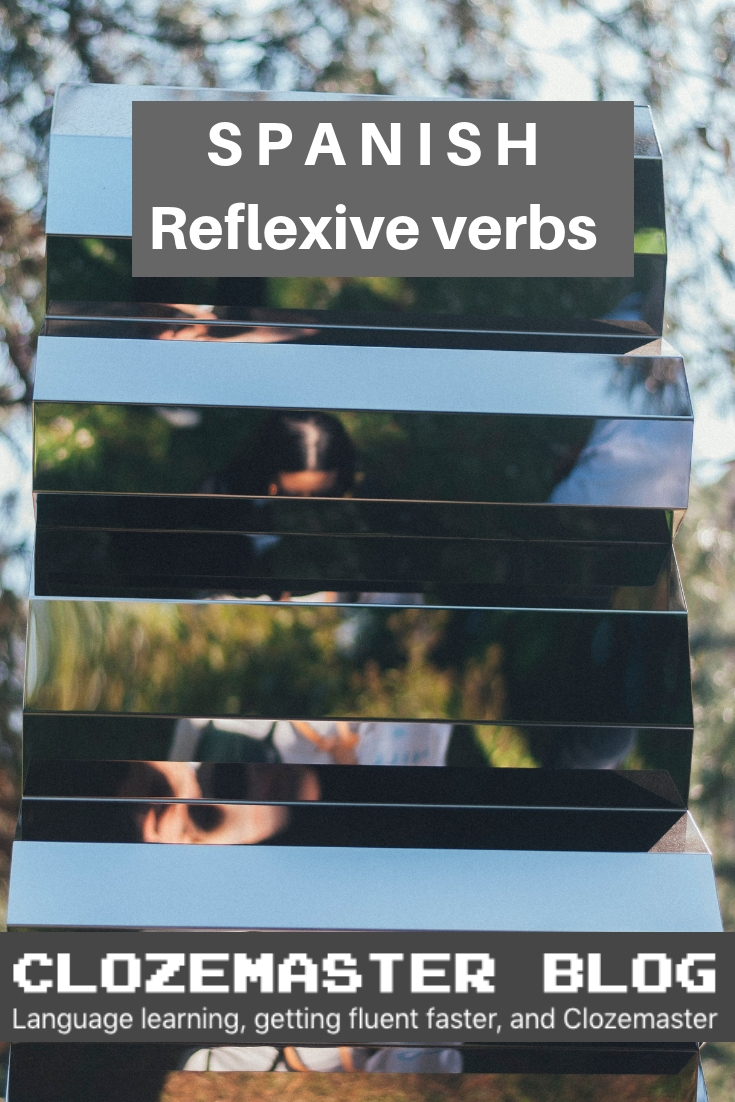