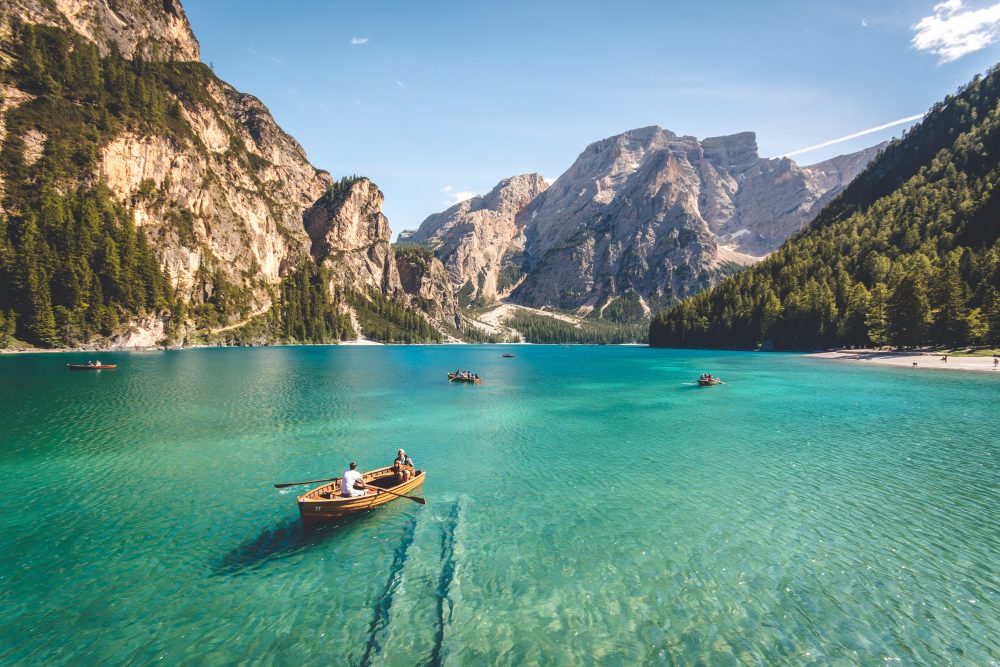 To start off, we want to help you conceptualize it by connecting the imperfect subjunctive to other tenses you might have learned in your Spanish learning journey.

What is the Spanish Imperfect Subjunctive?

The word “preterite” means past and the word “subjunctive” denotes mood. The subjunctive does not express time. It reveals the point of view of a speaker. That’s why you’ll notice that the Spanish imperfect subjunctive is often used to express a point of view in the past.

After you understand what the Spanish subjunctive mood is and have a better idea of what it means and when it is used, you can start looking at how you can use the imperfect subjunctive.

There are some basic rules used to form the imperfect subjunctive. In an imperfect sentence, what will mainly change is the verb.

Let’s look at an example.

In this sentence, the verb is querer. Conjugating querer into quisiera is what makes this sentence an imperfect subjunctive example.

So, to use the imperfect subjunctive correctly you need to know how to conjugate Spanish verbs with this tense.

How to Conjugate a Regular Verb into Imperfect Subjunctive in Spanish

FIRST: When you conjugate a regular verb into imperfect subjunctive in Spanish, you will have to use the  third plural form of the preterite tense.

Take the verbs hablar and tomar as an example.

The third person form of the preterite for these verbs would be as follows:

When you conjugate hablar into the third person plural form, you think about what you would say after ellos or ellas.

Now try conjugating the two verbs given below in the third person plural form of the preterite (simple past) tense yourself.

Remember, if you can’t figure out how to conjugate these, then put an ellos or ellas in front of the verb.

Here’s how you should have conjugated it:

SECOND: The next step after having found the third person plural form of the preterite tense would be to take off the -ron.

After you have conjugated the verb into the third person plural of the preterite tense, you remove the -ron at the end of the verb.

You will be adding different letters to the ending of these verbs in a minute. But first, you should practice.

So I will give you two verbs and you will first conjugate them into the third person plural of the preterite tense and then remove the -ron at the end.

Here are the solutions:

THIRD: Now, you will add the imperfect subjunctive endings to your verb.

Now that you have your verb with an open ending, you need to use one of the two imperfect endings to conjugate the verb into the imperfect subjunctive.

Let me give you some examples so you can get a better visual.

Try to do the same with these verbs:

Don’t try to rush until the end. Do it step by step and slowly you will get the hang of it.

Here are the solutions:

The two options are good to know. You can use either or interchange them; they are both grammatically correct.

How to Conjugate Irregular Verbs into the Spanish Imperfect Subjunctive

Like with most rules in Spanish, or any language really, there are exceptions. Though the system I have taught you above is the general rule, there are some irregular verbs that stray from this rule.

The best thing to do is to understand and get used to conjugating the verbs into the imperfect subjunctive and once you get the hang of it, start memorizing the irregular verbs that do not follow the general guidelines.

I am going to give you the three of the most commonly used irregular verbs for the imperfect subjunctive and will show you how to conjugate them. Two of these are actually conjugated identically even though they are not used in the same context.

When to use the Imperfect Subjunctive in Spanish

The imperfect subjunctive is used when you are indicating an action in the past in the same situation where the subjunctive would be required in the present.

For example, look at this sentence in the present subjunctive:

It is exciting when Maria reads the newspaper to me.

So you change es and lea

This now translates to:

It was exciting that Maria would read the news to me.

2. Expressions of Desire/Wishes or Doubt

In situations where you are hoping for something to happen in Spanish, the phrase ojála que is used often.  Ojála que basically means hopefully or I wish.

So, let’s say you want to say “I hope it would rain on Wednesday.”

Then you would take the present sentence in spanish:

I hope it rains on Wednesday.

And then you change the verb into imperfect subjunctive.

Then you make that change in the sentence:

You can also use ojalá without the word que. Let’s see some examples.

¡Ojalá nevara!
(I wish it snowed!)

¡Ojalá pudiera descansar mañana!
(I wish I could rest tomorrow!)

¡Ojala me ganara la lotería!
(I wish I won the lottery!)

Other expressions that usually indicate your desire or wish for something include sentences that start with the following phrases:

Expressions that usually indicate your doubt for something include sentences that start with the following phrases:

The imperfect subjunctive is also used when you use an if clause when trying to explain something that is contrary-to-fact or unlikely to happen.

So, for example when you say:

If I worked harder, I would get promoted.

This would translate to:

You can see that the two verbs in the Spanish sentence were conjugated according to the trick that I showed you above.

Spanish speakers use the Spanish imperfect subjunctive in the “if clause” of these conditional sentences. The English equivalent of these unreal sentences is the second conditional.

In English, second conditional sentences are the ones that have a past verb in the “if clause” and the auxiliary verb “would” in the main clause. Let’s see some examples.

Si tuviera mucho dinero, compraría una casa.
(If I had a lot of money, I would buy a house.)

Si supiera la respuesta, te la diría.
(If I knew the answer, I would give it to you.)

Si ellos me ofrecieran el trabajo, lo aceptaría.
(If they offered me the job, I would accept it.)

Si fuera más alto, entraría al equipo.
(If I were taller, I would enter the team.)

Si no fumaras, no estarías enfermo.
(If you did not smoke, you would not be sick.)

¿Dónde vivirías si pudieras vivir en cualquier parte del mundo?
Where would you live if you could live anywhere in the word?

When you hear people speak in Spanish, you might hear the word que a lot. The que might actually mean different things depending on where it is placed in a sentence and where the accent mark falls.

For this imperfect subjunctive example, the closest translation we can get to expressing que is with the word “that”.

For instance, if you wanted to say something like “I study so that I can speak better Spanish”, the that would be the replacement of the word que when using the imperfect subjunctive.

Let me give you an example of this:

I wanted him to drink a tequila with me.

As you can see, you don’t necessarily need “that” in this sentence. In fact, it sounds better without “that” in English. But in Spanish you need to use it because you are expressing the imperfect subjunctive of what you want or expect to happen.

When you say “I wanted him to drink a tequila with me”, you have to use the imperfect subjunctive because you want someone to do something that is not a concrete moment or thought. It is a desire or expectation that is not substantially real.

Important: Never use the subjunctive mood to express positive opinions in Spanish. As we learned before, you can use it to express doubts or negative opinions.

The imperfect subjunctive is also used in some polite expressions that contain Spanish modal verbs. Let’s us see!

How would you say:

Should I go with you?

The word should is the same as the verb deber. So how would you translate this sentence? Keep in mind that you need to use the imperfect subjunctive. Try writing it down and then continue to scroll down for the answer.

Let’s see an example with the verb poder.

Could you bring me my purse, please?

Try writing down your answer so that you can compare it with the answer below. Sometimes when you just say your answer, you don’t realize you got something wrong. Trust me, write your answers down.

This should translate to:

Now I’ll share with you some set expressions that are formed with the Spanish imperfect subjunctive. All of these expressions contain one of the following Spanish modal verbs: querer (want), poder (can), deber (should), parecer (seem).

¡No quisiera perderme esa película!
(I would not like to miss that movie!)

Quisiera hacer una pregunta.
(I would like to ask a question.)

¿Pudieras ayudarme?
(Could you help me?)

Pudiera hacerlo ahora mismo.
(I could do it right now.)

Tú deberias ser humilde.
(You should be humble.)

Pareciera que no sabes de qué hablo.
(It seems to be that you don’t know what I am talking about.)

Pareciera que estás disfrutando tus vacaciones.
(It seems to be that you are enjoying your vacations.)

Mastering the Imperfect Subjunctive in Spanish

The key to mastering the imperfect subjunctive in Spanish, like any other grammatical topic, is lots of practice. Using an app like Clozemaster is perfect since it allows you to see and practice conjugating Spanish verbs in context. You can quiz yourself on the example sentences used in this article right here on the page.

Check out Clozemaster to learn and practice the imperfect subjunctive as well as learn thousands of other Spanish words in context!

5 thoughts on “Spanish Imperfect Subjunctive: A Complete Guide (That ANYONE Can Follow)”