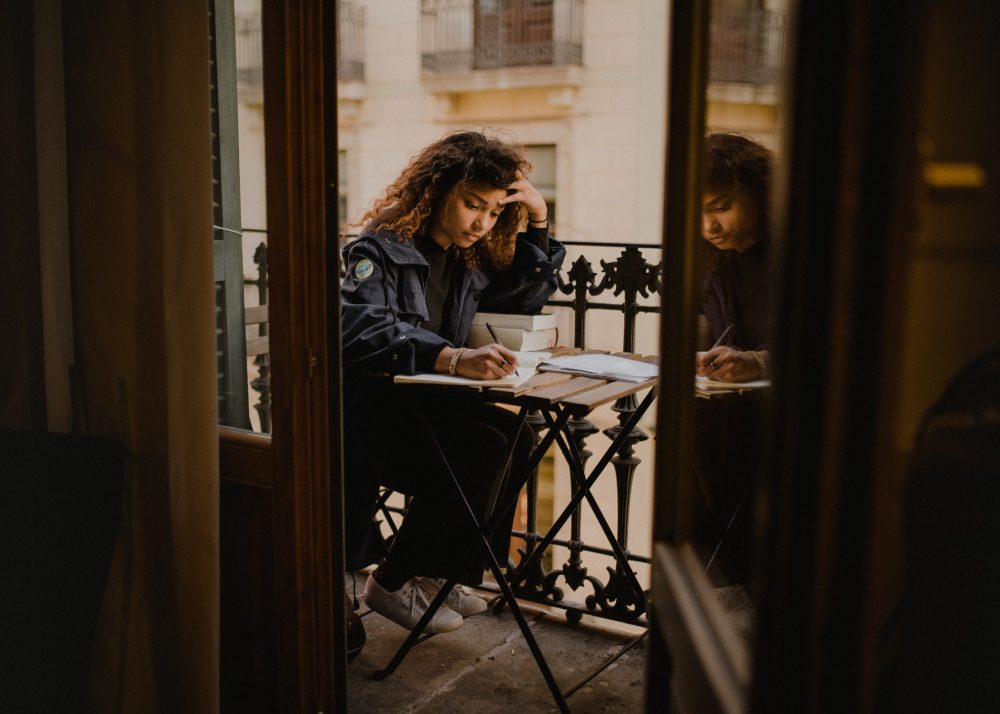 Do you find yourself always giving advice? (If I were you, I would…)

Do you always know better than your peers and enjoy “should”-ing all over people? (You should do this… You should be doing that…)

Do you like to imagine fantasy worlds were you’re super rich and famous? (If I were rich, I would never do homework!)

In this guide you can expect to learn:

A Quick Side-by-Side Comparison of the Different Conditional Tenses

Almost always, if the word “would” is applicable in English, you will be using some form of the conditional tense. The question is – do I use simple, continuous, or perfect conditional?

What other guides DON’T tell you is that there is an easy way to recognize when to use one tense or the other. Take the verb hacer (to do) as an example.

What’s the bottom line? You need to start noticing HOW you are using the verb “would”!

We will go more in-depth on all three tenses, but let’s kick it off with the simple conditional first!

In this section, we will quickly break down how to form the simple conditional tense, practice conjugating and talk about the few irregularities that come up.

Simple conditional tense is just that – super simple! It equates to WOULD + Infinitive in English.

STEP 1: Identify the infinitive verb (hablar, comer, escribir) you want to conjugate in the conditional.

STEP 2: You just add the following endings to the infinitive verb:

For example, the verb estar (the infinitive verb to be):

It’s that simple! Now you try:

You should have gotten the following answers!

See, wasn’t that painless?! I literally just copied and pasted the infinitive verbs into the verb endings. It is THAT easy!

HERE’S THE CATCH: There are a few (very few!) irregular verbs that we have to keep our eye on, but they’re not that tricky!

How to Form the Irregular Simple Conditional Tense

They are only verbs ending in –er and –ir, and they are the same ones that change root in the future tense (for more on irregular verbs in the Future Tense, check out this awesome article!)

2. Cut out the “e” from the infinitive

3. Random divas that follow no pattern and demand our full attention

How to Start Using the Simple Conditional Tense in Spanish

In this section, we will cover exactly when you would use the simple conditional tense in Spanish, give example sentences and explain when the conditional is and is NOT translated as “would”.

WARNING: A lot of conditional examples in Spanish can be pretty dramatic, like “What would I do without you Juan Pablo?” 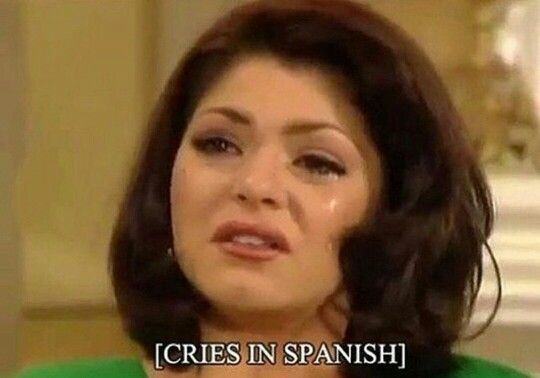 Examples Where the Simple Conditional Translates as “Would”

1. To talk about what you “would” do in a specific situation

2. To talk about events that may or may not occur

5. To express the future in the past using reported speech (for a refresher on Reported Speech in Spanish, check out this handy article!) 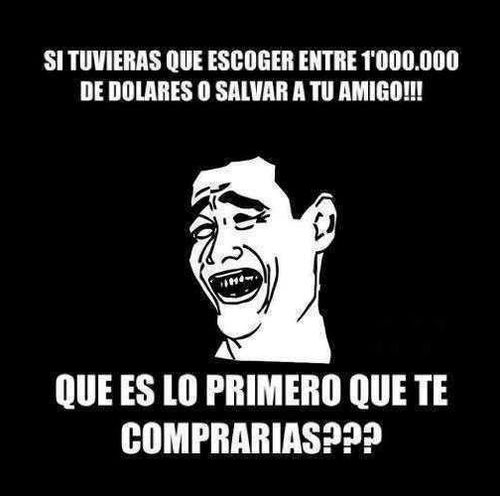 Examples Where the Simple Conditional Does NOT Translate as “Would”

7. To speculate about something that happened in the past

The continuous conditional translates to “would be doing”, which shows a continuation of the previous tense.

It is formed by combining the simple conditional tense of the verb estar with the gerund of a second verb. Gerund is a fancy word for the –ing verbs in English. The gerund for the verb “to do” is doing.

STEP 1: Conjugate the verb estar (to be) in the simple conditional tense, which we’ve just learned requires you to take the infinitive verb and add the appropriate endings.

STEP 2: Add the appropriate gerund. Some examples of common gerunds include:

Take a swing at it! I will give you the pronouns and the verb that the person “would be doing” and you fill in the rest.

Cómo te fue? How did you do? If you need a refresher on How to Use Spanish Gerunds, click here!

Now that we’ve learned how to form the continuous conditional, let’s learn when to use it!

How to Start Using the Continuous Conditional Form in Spanish

In this section, we will cover exactly when to use the continuous conditional tense in Spanish and give example sentences.

The continuous conditional is very similar to its English doppelgänger – when you “would be doing” something in English, it will almost always translate directly in Spanish. Let’s look at some examples:

Examples Where the Continuous Conditional Translates as “Would Be Doing”

1. When you knew something “would be happening”

2. A hypothetical conditional paired with the imperfect subjunctive

3. When you speculate about the present moment

In this section, we will quickly break down how to form the perfect conditional tense in Spanish and then practice forming it.

The perfect conditional is the “would have done” tense, that is formed by conjugating the verb haber (to have) in the simple conditional and then adding a past participle.

STEP 1: Conjugate the verb haber in the simple conditional tense. REMEMBER – haber is IRREGULAR, so drop the “e” from the infinitive before adding the appropriate verb ending.

Ahora es tu turno (now it’s your turn!) I will give you the pronouns and the verb that the person “would have done” and you fill in the rest.

Super fácil! If you need a refresher on Past Participles in Spanish, check out this awesome article!

Now that we’ve learned how to form the perfect conditional, let’s learn when to use it!

How to Start Using the Perfect Conditional Form in Spanish

Here, we will break down the few cases where you will need to use the perfect conditional, and then provide some example sentences to see it in action!

There are only two real uses of the perfect conditional – one which translates as “would have done”, and one of those uniquely Spanish phrases that speculate about the past (hopefully you’re seeing a pattern here…)

Examples Where the Perfect Conditional Translates as “Would Have Done”

1. To express something that “would have happened” but didn’t (using the past perfect subjunctive and perfect conditional).

2. To express a supposition or the probability of a past situation that has already taken place

We’ve done it! We’ve successfully covered all of the Spanish conditional tenses.

Now I will show you a couple more TOP SECRET tricks to make you a real conditional tense ninja!

Use this Quick Trick to Remember the Shoulda Coulda Woulda’s in Spanish!

Let’s be real – how many times a day do you say “you shoulda seen that” or “I wish I coulda gone” or “you woulda killed it!”?

Shoulda coulda wouldas are WAY more common than we think and something we usually just skip over! Here’s a quick tip to nail them down and start using them TODAY!

SHOULDA: The verbs “should have (done)” should remind you of the perfect conditional. But there’s ONE extra step. In Spanish, we take the verb deber and conjugate it in the simple conditional, then add the verb haber in the infinitive, ending with a past participle. It looks like this:

COULDA: The verbs “could have (done)” follow the same recipe, except replace deber with the verb poder (to be able to). REMEMBER: the verb poder is irregular, so cut out the “e”. Take a look…

WOULDA: This can be broken down into the verbs “would have (done)”, which we covered in the perfect conditional. HOWEVER, there is one translation that isn’t covered:

In this case, habría hecho isn’t appropriate. Instead, you would use the verb desear (to wish or desire), plus haber, and then finally end with a participle. It looks like this:

BOTTOM LINE: If you follow the above pattern, you will take your conditional Spanish skills up to MASTER/NATIVE LEVEL! 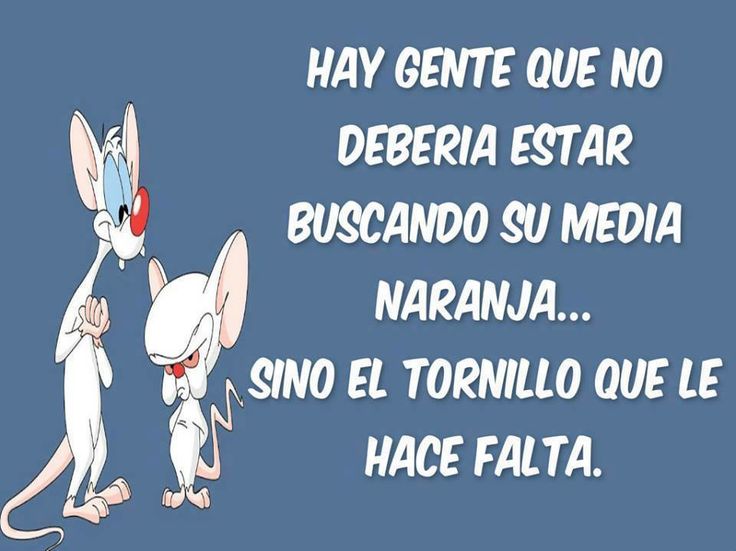 “There are people who shouldn’t be looking for their half orange (aka their other half)… but instead for the screw that’s missing.”

How NOT to Slaughter Mistranslations of the Conditional Tense in Spanish

The Spanish conditional tense can be used in almost ALL of the ways you would use it in English, except for a few exceptions that would trip up even the most seasoned grammar nerd!

As Native English speakers, we don’t need any help making fools out of ourselves, so when we get FIRST CLASS tips like these, it’s best to take notes. Take a look at two situations where you should avoid using the conditional tense in Spanish at all costs!

1. Ordering in a Restaurant

In English, we use “would” while ordering in a restaurant.

“I would like to have a glass of water.”

And while the direct translation is tempting, it is not used at all in this situation:

Instead, you could use ANOTHER form of the conditional to still demonstrate courtesy:

(To learn how to avoid antiquated restaurant lingo in Spanish, check out How to Sound Natural while Ordering Food!)

2. Describing a Habitual Past Activity

Another way English speakers can misuse the Spanish conditional tense is by explaining something they USED TO DO in the past, referring to a habitual or repeated action. For example:

“When I was in school, I would study all the time.”

Again, it is tempting to translate this sentence word for word, which would give the following resultado (result):

The correct tense to use in this scenario is the imperfect, which translates to: I used to study…

(For a deeper look at the imperfect tense, check out Imperfect Tense Forms here).

I SHOULD WRAP THIS UP

I know you would like this to be over, so to sum it up, we have covered:

Even though I have gotten you this far with flawless insight and some conditional puns, you may still need a little time to practice! Check out our games on the conditional tense so you can master your Spanish TODAY!

FINALLY, you should definitely refer to this article as your best friend! Buena suerte y hasta luego amigos!

Test your skills and see what you’ve learned from this article by playing a selection of sentences with the Spanish conditional tense: 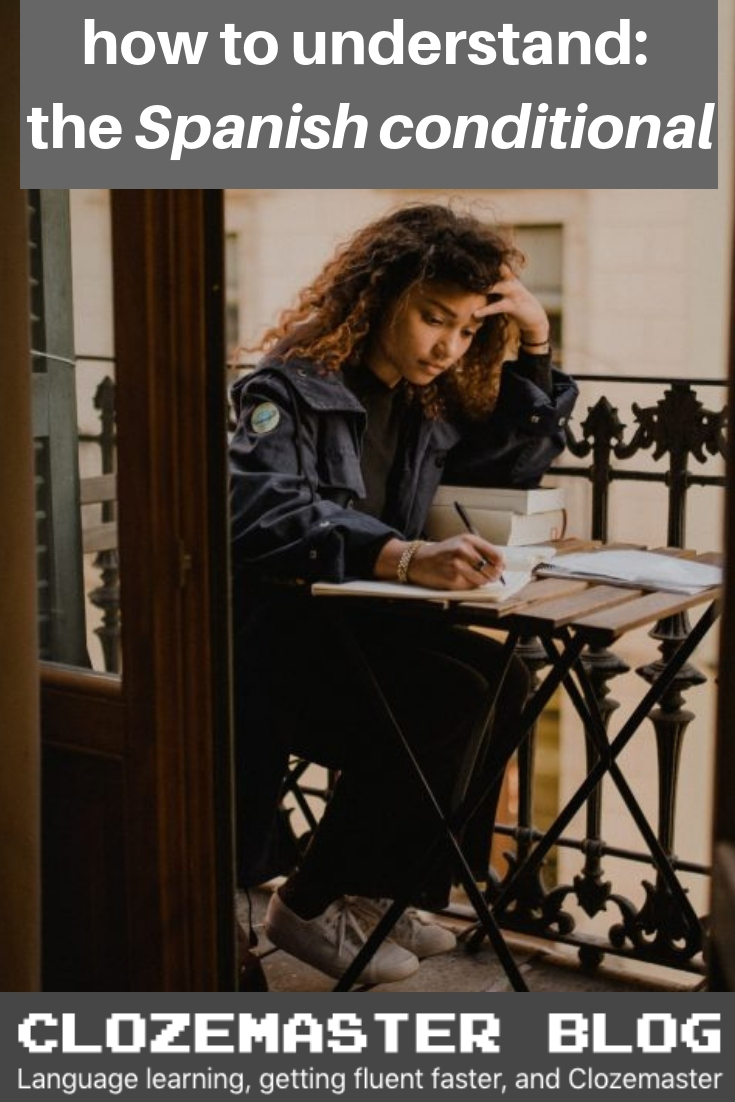 2 thoughts on “Spanish Conditional Tense: The Only Guide You’ll Ever Need”