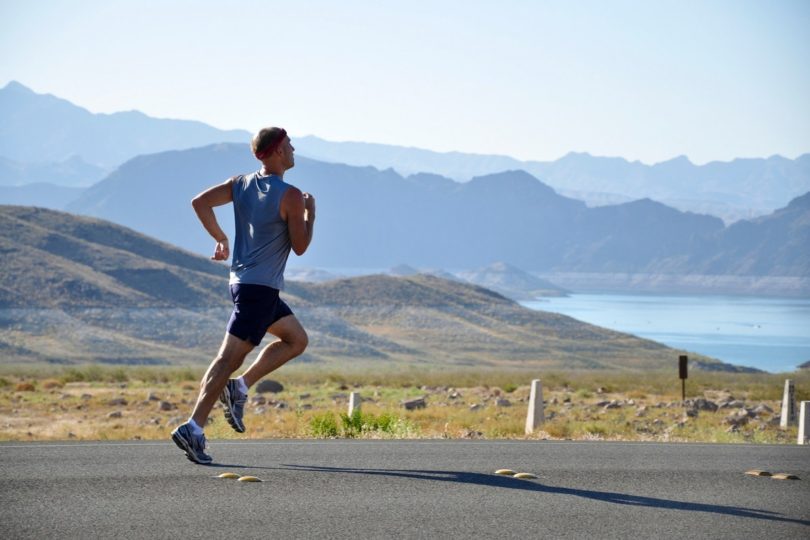 Have you ever heard the Spanish expression “me voy a ir yendo”? This is a very common, perfectly grammatical statement with not one, not two, but three different forms of ir conjugation. If that doesn’t highlight to you the importance of this verb, I don’t know what to tell you.

Ir, meaning “to go”, is one of the top 10 most frequently used verbs in Spanish. So it goes without saying that knowing which form of it to use when is essential to speaking Spanish well. Be aware that ir is highly irregular, so it pays to spend time studying the various conjugations. Lucky for you, this article breaks them all down for you!

Verbals are the un-conjugated forms of the verb. They need to go with another verb which is conjugated in order to be used in a sentence.

Example: Me gusta ir al mercado todos los sábados. | I like to go to the market every Saturday.

Example: Cuando él vino yo ya había ido. | When he came I had already gone.

The most common ir conjugation forms are as follows:

Examples of ir conjugation in past preterite tense

What have you noticed so far about sentences using the verb ir?

This verb is never followed directly by a noun, it is always followed by a preposition which attaches it to the noun. It is usually a (to), but as we have seen, it can also be con (with), para (for/to), or de (of). There are certainly many more possibilities!

Examples of ir conjugation in past imperfect tense

This ir conjugation will only be used when you’re talking about somewhere you used to go or where you were going at the time that something else happened (that new event would be referred to in past preterite).

Note: Watch out for the two iba’s! Iba can mean “I went”, and it can also mean “he/she went”. Ensure you always include the subject in your sentence if there is any chance of ambiguity.

If you’ve mastered that first lot and are ready for something a bit more advanced, here are the subjunctive and conditional forms of ir conjugation.

If you’re not sure when you’d use this verb form, check out Spanish Obsessed’s subjunctive guide.

Note that, like the past preterite, the imperfect subjunctive of the verb ir is exactly the same as it is for the verb ser.

It’s great to know the ir conjugation, but how and when do we actually use this verb?

Now, ir is not only an important lexical verb (conveying meaning), it is also a functional verb, meaning it gives structure to sentences as well. Let’s see how it plays out in its two formats.

This is obviously the main use of the verb. Luckily, it is used almost the same way as it is in English. The only time when it is different is when the point of reference is different, which will be discussed in the next point.

In very limited situations, ir would be translated as “to come” instead of “to go” in English. This is because, in Spanish, we talk about going in the sense of going toward something else, and coming in the sense of what is coming towards you (or whoever the subject is).

For example, ¡Ya voy! is a very commonly heard Spanish expression, which in English means “I’m coming!”. This is because you are technically going toward the person you’re talking to.

If you want to learn more about this, here’s a great audio lesson about the difference between ir and venir (to come).

Ir can also mean “to leave”

If you make ir reflexive, the meaning changes from ‘go’ to ‘leave’.

If you used to watch Dora the Explorer, you’ve surely heard the expression ¡Vámonos! This, too, comes from the verb ir. It’s the plural reflexive command form, if you really want to know.

So it’s essentially nos vamos (we leave) turned into a command (let’s leave). Very similar is the equally common expression vamos, which (as you know) just means “we go” but can be put as a question: ¿vamos? or a command: ¡vamos!.

Vamos and vámonos are generally used interchangeably by native speakers as the difference is minimal.

The verb ir can be used almost interchangeably with the verb estar when it comes to forming continuous expressions (verb + gerund).

However, the meaning is not entirely the same. If you use ir instead of estar, you are emphasising that the action is ongoing.

So estar is more neutral.

Side note: Me Voy Enamorando by Chino & Nacho is a catchy reggaeton song, and also happens to highlight this point! Check it out if you haven’t already.

To form a future conjugation

Ir a + infinitive verb form means “going to” in the future.

Wait a minute… haven’t we already seen the future tense in Spanish? The truth is, in day-to-day life, both of these forms are used, but their meanings are slightly different. Before you get too confused, the easiest way to understand it is thinking of the difference between “will” and “going to” in English.

“I will eat” and “I’m going to eat” convey slightly different things, right? “Will”, which can be compared to the Spanish future tense, usually refers to the more distant future and is more abstract, whereas “going to”, which is just like ir a + infinitive, is generally more immediate and pertaining to reality.

However, they can be and often are used interchangeably.

Example of how to use ir a + infinitive:

So, have you worked out the meaning of me voy a ir yendo yet? All of the verb forms in that sentence have actually been covered in this article! If you still can’t figure it out, maybe you need some more practice with the ir conjugation. But don’t worry, that’s exactly what Clozemaster is here for!

In the meantime, I, myself, ¡me voy a ir yendo! See you next time.

Test your skills and see what you’ve learned from this article by playing a selection of sentences with conjugated forms of the Spanish verb ir: