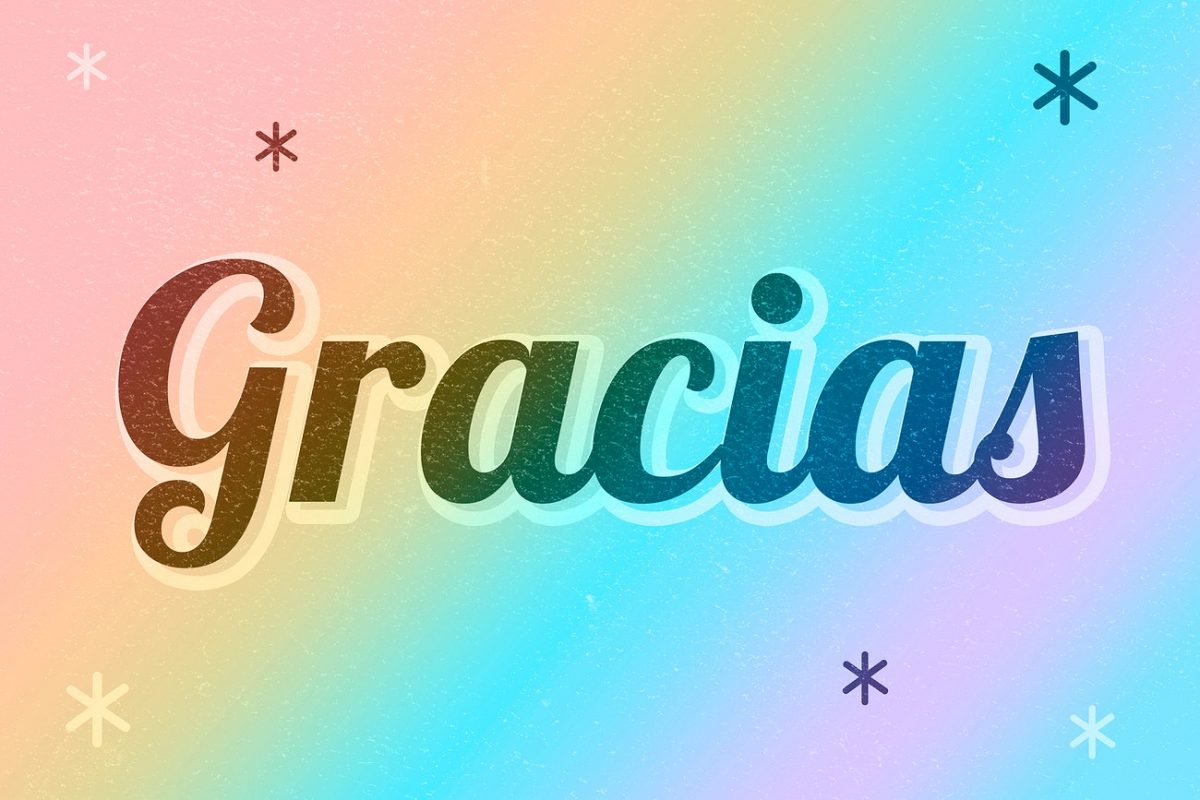 Just like there are a variety of different ways to say “thank you” in English, there are also a wide array of options for saying “thank you” in Spanish. This essential piece of vocabulary applies to every context of our daily lives, and it’s great to know the right expression for each occasion.

Of course, you might already be familiar with the most common way to say “thank you” in Spanish: gracias. In this article, we’ll dig deeper to give you as many different options as possible that adapt to various situations. We’ll also go over some ways to say “you’re welcome” to make sure we are covering all our bases.

Informal Ways to Say “Thank You” in Spanish

As we’ve mentioned, there are quite a few ways to say “thank you” in Spanish. We’ll start with the most informal options, going from the simplest to the most complex.

“Gracias” is the most common and simple way to say thank you in Spanish. It translates to either “Thanks” or “Thank you” and, although it’s included in this informal section, it can be used in both formal and informal settings.

Muchas gracias (Thank you very much)

If you want to add a bit of enthusiasm to your “thank you”, this is the way to go.

Muchísimas gracias (Thanks a lot)

This is the next step when it comes to saying “thank you” in Spanish. Though we translated it roughly as “Thanks a lot” here, it could also be “thank you very much” and goes a bit further in showing how much you appreciate what someone has done for you.

Mil gracias (literally, a thousand thanks)

This is another way to be a little extra when thanking someone. In addition to “mil gracias” there’s also “un millón de gracias” (thanks a million) if you are indeed that grateful.

Gracias por todo (Thanks for everything)

If someone has been extra kind with you, and you don’t want to get into the specifics, “Gracias por todo” is the way to go.

These two phrases are used when someone tried to help you but was unable to. It’s the perfect way to go if you have an “it’s the thought that counts” mindset.

Alternative Ways to Say “Thank You” in Spanish

Just like in English, there are other ways to say “thank you” in Spanish that don’t involve these two words at all. Below, you’ll find some of these expressions.

Te debo una (I owe you one)

Just like in English, when someone has done something nice for you, and you want to acknowledge its value, you can use this expression.

Me alegraste el día (You made my day)

This is an extra warmhearted way to thank someone that has done something nice for you and turned your day around.

You can use this phrase when someone goes above and beyond to help you, not just once but regularly.

¿Qué haría yo sin ti? (What would I do without you?)

This one is an alternative version of the previous phrase that adds some extra emphasis.

When someone has an unexpected kind and grand gesture, this is certainly the right way to go.

Gracias por nada (Thanks for nothing)

We’ve reached the other end of the “thank you” spectrum and are now entering the realm of sarcasm. “Gracias por nada” can be used when the other person has actually not been helpful, and you really want to let them know.

Formal Ways to Say “Thank You” in Spanish

Although you can still use a simple “gracias” in formal situations, here are a few extra phrases that can come in handy.

Te/Se lo agradezco (I appreciate it)

When it comes to formality, this is a fairly neutral way to show how thankful you are.

This phrase has some added emphasis, but still includes a higher level of formality. You probably also noticed the choice between “tu” or “su” depending on who you are talking to, as we’ve mentioned above.

This is another fairly neutral way to show how thankful you are.

You’re Welcome: Responding to “Thank You” in Spanish

Now that we’ve covered a decent number of ways to say “thank you” in Spanish, it’s time to learn how to respond to it. Here are a few ways to say “you’re welcome”.

This is a pretty standard way to respond to someone saying “thank you” in Spanish. It’s short, to the point, and quite easy to learn.

If you want to respond with some extra kindness, this is the option for you.

If you love helping people out, this is the right response for you.

Bonus vocabulary: This phrase can also mean “nice to meet you” in some contexts!

Gracias a ti/usted (Thank you)

Lastly, when someone has already said “thank you” to you and the thanking goes both ways, you can use this phrase, with “ti” for informal and “usted” for informal occasions. There is also a short version that drops the “gracias”: “A ti/A usted”.

Verbs Related to Saying “Thank You” in Spanish

Just like we have the verb “to thank” in English, there are a few verbs or verb phrases that transmit this meaning in Spanish. We’ll take a look at three verbs that are related to saying “thank you” in Spanish below.

We’ve already seen a use of this verb with “Te/Se lo agradezco” (I appreciate it) above, but we’ll dig deeper in this section.

“Agradecer” is an irregular verb and its conjugation is similar to the one for “conocer”, which you can find here.

In addition to being used as a verb, the past participle (agradecido) can also be used as an adjective meaning “thankful”. Moreover, the noun “agradecimiento” (appreciation) also stems from this verb.

Let’s look at a couple of examples below:

We have also already seen an example of this verb in action with “Realmente lo aprecio” (I really appreciate it) above. But here is a bit more context and a few more examples.

Luckily for you, “apreciar” is a regular verb. Nonetheless, if you want some help when it comes to your Spanish verb conjugation, you can find a full overview here.

The verb “apreciar” is used to explain what we are thankful for or why we’re thankful. Let’s look at a couple of examples below:

This is more of a verb phrase than just a verb, and it literally translates as “to give thanks”. However, it would be more accurately translated into English as “to thank”, and it’s mostly used in informal situations.

If you want to learn more about the verb “dar”, you can take a look at our article on the conjugation of “dar”. In the meantime, here are some examples of “dar las gracias”:

How to Say “Thank You” in Spanish – Final word

We hope to have given you plenty of options when it comes to saying “thank you” in Spanish. We’ve certainly tried!

We have covered phrases to use in every context, as well as how to say “you’re welcome” and some extra vocabulary. Which is your favorite way to say “thank you” in Spanish? And do you know any others?