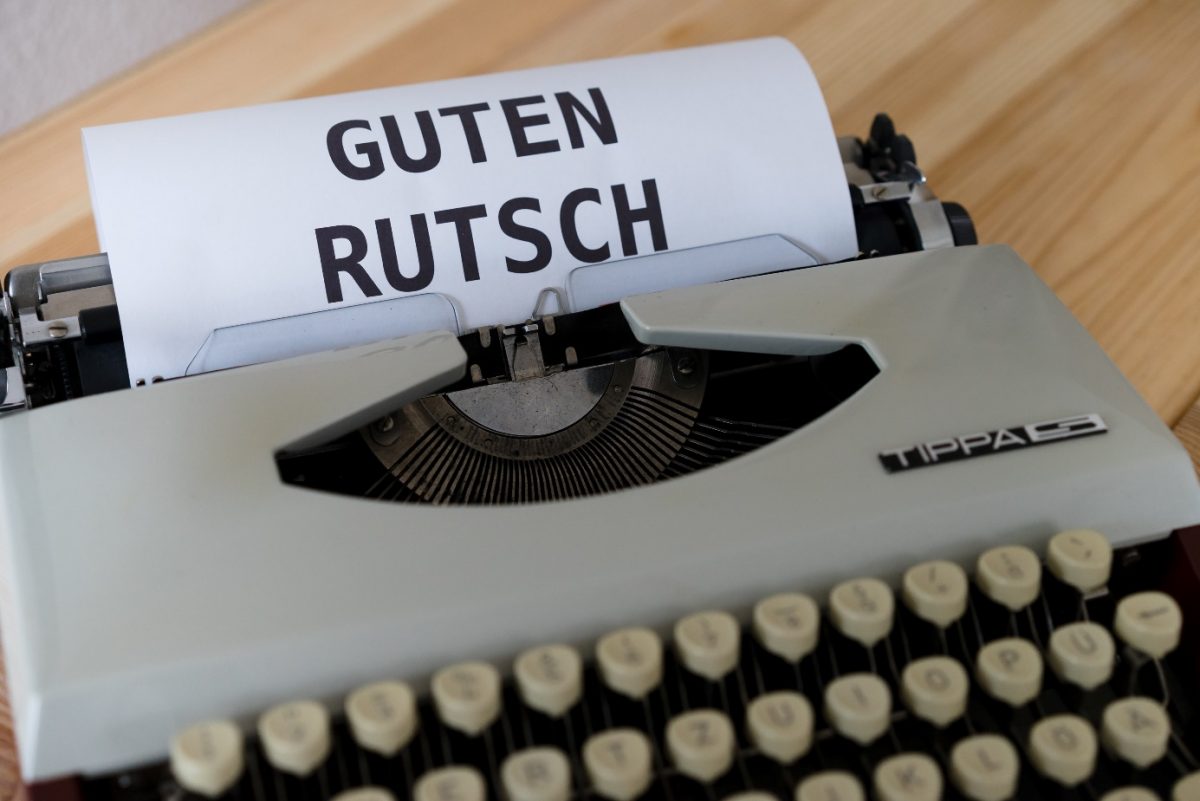 Everybody knows that German adjective endings are incredibly confusing and difficult to learn. Or are they? In this post, we will go over the different types of adjective declension and try to make sense of it all. And while it may all seem a bit intimidating at first, it isn’t all that bad. You just need to take it step by step. Once you understand what’s going on, there’s only a little bit of memorization that you’ll have to do. After that, you’ll be set for good.

Trust me: there is no reason to fear German adjective endings. I promise you’ll be able to master them in no time.

What you need to know beforehand

Like I said, German adjective endings aren’t all that bad. Once you know what’s going on, it’s really all about remembering three simple tables. We’ll get to those in a minute.

But first, there are a couple of things you need to know. These are some of the basics that will make your life a lot easier.

Adjectives, or Adjektive, are words that we use when we want to describe a noun. A couple of examples are words such as black (schwarz), small (klein), or fast (schnell).

Adjectives can also be used to describe a pronoun. You can say either:

What are adjective endings?

If you’ve ever tried reading any German text, you’ve probably come across different forms of adjectives. You know that cold is kalt in German, but you might’ve seen other forms of kalt floating around. Sometimes, it will say kalte instead of kalt. Sometimes it will even be something like kaltem.

These extra syllables at the end of words (-e, -en, -em, and more) are what we call adjective endings. You may now be wondering if they are always necessary and what they are for. Well, let me explain!

Not all adjectives need endings

Adjectives have the same function in English as they do in German. They describe things, places, or people. In both languages, there are two ways adjectives do this – and it all comes down to where they are placed in a sentence.

One option is predicative adjectives. These are adjectives that come after the noun (and even after the verb) in a sentence. For example:

The other type of adjectives is attributive adjectives. They come before the noun. For example:

When learning German adjective endings, you need to remember that only attributive adjectives take endings. That’s because they are positioned in front of the noun – and what these adjective endings do is indicate the gender (der/die/das), number (plural/singular), and case (Nominative/Genitive/Dative/Accusative) of the noun they precede.

I’ve mentioned already that to master German adjective endings, you will need to memorize three simple tables. That’s because there are three types of declension. Don’t worry; these types aren’t difficult to tell apart. It’s really all about the articles.

The three types are as follows:

So, to sum up: to know which adjective endings to use, you need to look at the article that precedes it (if there is one). Let’s now talk in more detail about each type and see how they differ from each other.

This type of declension is typically used after the definite article. It’s also the simplest one – there are only two endings: -e and –en.

To see what I mean, take a look at this table:

The bad news is you’ll have to memorize all this. There is no way around that. If you want to be able to use the correct German adjective endings, you’ll need to be able to recall this table (and all the ones to follow).

The good news is that this one really isn’t all that difficult. Just remember which forms only take -e, and the rest is easy!

This is when it gets a bit more difficult – at least at first glance. While the weak declension table only features two types of German adjective endings (-e and -en), this one has plenty more. But don’t worry! All of these actually make a lot of sense.

For example, take a look at der gute Hund. You can see that the article is der, and that the adjective ending is -e. This means that we’re looking at a singular masculine noun in the nominative. But what if you take away the der? How will you be able to tell what sort of a noun this is?

There are, of course, a couple of exceptions to this rule – namely, in the singular genitive case (masculine and neuter). These are highlighted in green in the following table.

Last but not least, we have mixed declension. This is, as you should know by now, used after the indefinite article. It is also used after the possessives (mein, dein, sein, etc.)

We call this declension mixed because it falls somewhere in between the previous two. German adjectives that follow the indefinite articles take weak endings – except in the singular nominative masculine and neuter, and the singular accusative neuter. Because the articles in those cases don’t have their own endings (i.e. ein doesn’t have an ending), we use strong declension in those cases.

Again, take a look at this table to see what we mean by that. Endings that follow the weak declension pattern are in orange – strong declension endings are in green.

What about viele, diese, or mehrere?

You’re almost there! To understand German adjective endings, you need to learn those three tables. But there is one other small thing you need to remember – and that is what to do if the adjective is preceded by a word that isn’t an article. You know, words like viele, diese, or mehrere…

To make it as simple as possible for you, I’ve compiled these commonly used words and sorted them out for you.

That’s it! That’s all you need to know about German adjective endings.

I know it’s a lot but trust me – once you get the hang of it, it actually becomes quite fun and easy. If you’re still feeling a bit lost, you can also watch this 15-minute video by YourGermanTeacher. In it, he goes over all the rules again in a very helpful and succinct way.

Since you’re already in the zone, why not check out some of our other guides to German grammar? Here are some of my personal recommendations:

What to do next?

It’s time to put your knowledge of German adjective endings to the test! Play this selection of sentences and see how well you can tell which ending to use when.

Test your skills and see what you’ve learned from this article by playing a selection of sentences with German adjectives.