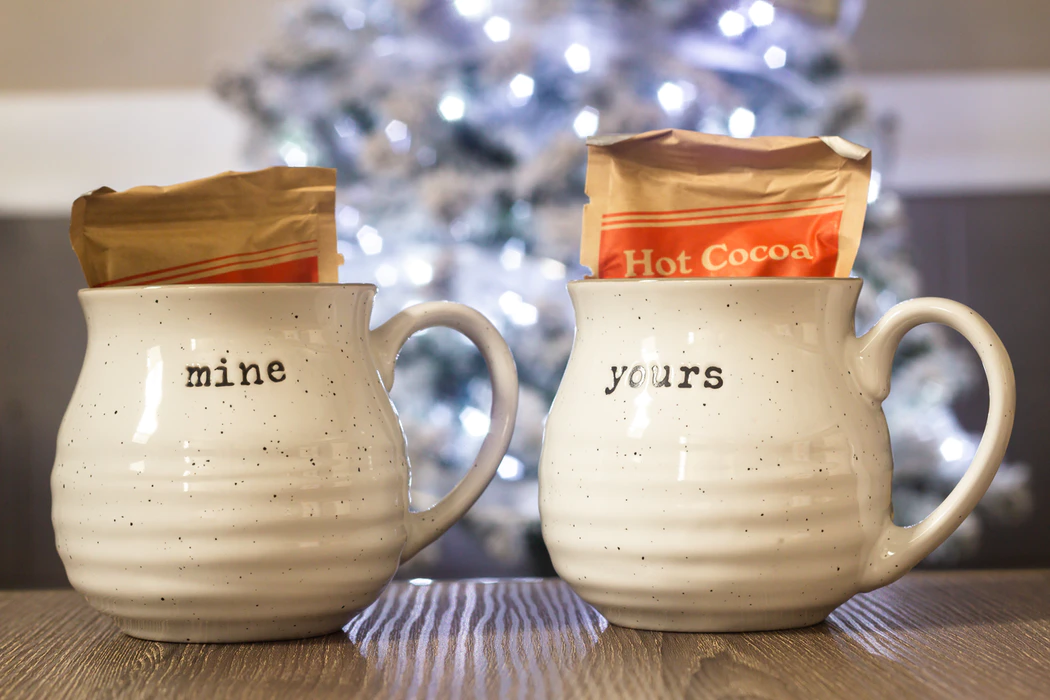 In a previous post we tackled how to use German personal pronouns, however, in the course of learning that, we also discussed that pronouns aren’t limited just to words like er/he or sie/she, there are other pronouns that serve other functions such as mine, yours, theirs, ours and more. Those are the kinds of pronouns we’ll be covering today; a.k.a German possessive pronouns, and we’ll cover everything you need to know in order to use them, including some charts to help you get started!

What Are German Possessive Pronouns?

In the last pronoun guide, I defined pronouns for you with the help of Merriam-Webster as words used to substitute nouns or noun phrases. They make it easier to discuss a noun without having to refer to it by its full name every time. Possessive pronouns also fulfil this definition, but only for possessive nouns — nouns that define themselves as possession of a noun(s) in the sentence. I.e, in the sentence “That bike is Sandra’s” we know the bike belongs to Sandra because the name Sandra has the little apostrophe S tacked on to the end to indicate Sandra is in possession. If we wanted to replace Sandra’s with a possessive pronoun, it would make the sentence look like this: “That bike is hers”. In English, hers is a possessive pronoun used to substitute for feminine nouns.

German possessive pronouns work the same way, however, it looks a little different thanks to differences between German and English grammar. Let’s take a look.

If we want to substitute a noun with a German possessive pronoun, we need to know what the possessive nouns look like in German. Luckily in German, you also tack on an s (or es) to indicate a noun is possessive, so for example “Das Auto ist Friedrichs” (The car is Friedrich’s). Note that there is no apostrophe, you don’t need one in German to indicate possession, the s or es is sufficient.

The next step in using a German possessive pronoun is now replacing the possessive noun with the corresponding pronoun. In order to do this, you need to know the gender, number (plural or not), and person or the noun you’re substituting for. In the case of Friedrich and his car, Friedrich is masculine, singular, and third person. That would make the correct base of the pronoun sein. The next section will provide more insight into how to figure this out.

You may be wondering why we are discussing only pronoun bases at this point and not the pronouns themselves. This is because German possessive pronouns are modified both by the noun they are replacing, as seen with Friedrich above and the chart below, but also by their case and the gender and number of that which they are possessing.

The “base” possessive pronoun is actually a possessive adjective/determiner. Words like “my” or “your” come in front of a noun instead of substituting for one like mine or yours. However, to avoid confusion, I didn’t include the possessive determiner translations since the focus of this post is solely on pronouns.

Please think of the chart below as the base that you will modify, rather than a different type of word altogether. With that in mind, first things first; below is how you figure out the base for your pronoun.

Pretty simple so far right? These are the roots for all possessive pronouns, now the next thing is to add on endings based on the case and gender of the thing that is being possessed.

In previous posts, we’ve mentioned that grammatical cases are important to know and recognize in order to use certain words like pronouns. This applies to possessive pronouns as well, so next, we’ll be walking through charts that explain the endings based on the case (and also the gender of the object).

As you can see, there is a detectable pattern here, dictating which ending each root receives based on the gender of the thing being possessed.

Note on the neutral endings: the E in meines, deines, seines etc. is often cut in today’s German, so instead the words would be meins, deins, seins, and so on. The ES ending is the more traditional, outdated version, and is becoming less and less used. However, there are instances where you might need to use meines as a Genitive or other context in which it is no longer a possessive pronoun where the ES is necessary. Also the cutting of the E is not applicable for “eueres”
and “unseres”. For this reason I felt it would be more confusing to show the S-only ending as it might trip you up when learning other uses of meines etc.

The accusative case (Akkusativ in German), in relation to German possessive pronouns, indicates when a pronoun is the direct object of a phrase. In the sentence “Natalies Katze hat meine gebissen.” (Natalie’s cat bit mine) meine is accusative (root: mein and feminine ending in the chart below).

When a pronoun is in the dative case, it is the recipient of an action or the “whom” that an action is done for. In other words, it is the indirect object. In “Der Nachbars Sohn spielt mit meinem” (The neighbor’s son plays with mine) meinem is dative (because mit is a dative preposition). The dative case expresses itself in all the different possessive pronoun iterations as follows:

How to Use German Possessive Pronouns

Now that we’ve covered all the possible options for a possessive pronoun, let’s make some actionable steps so that we know how to pick the right one when we need it.

As we’ve covered, possessive pronouns have two parts: The base and the ending. Each part is modified by gender and number, and the endings are additionally modified by case. This means the process of finding the right pronoun also gets split into two parts.

To Find the Correct Base, Ask Yourself:

To Find the Correct Ending, Ask Yourself:

And that’s it! By the end of these lists, you should have a possessive pronoun ready to plug into your sentence. After that, it’s just a matter of practice. Try to replace possessive nouns when you see them in German things you read or hear. Substitute pronouns for nouns when you speak, even if you don’t have to, just to get used to it. And, of course, take a crack at the German possessive pronouns collection to keep your skills sharp.

If you’ve already mastered possessive pronouns in German you might want to tackle some other types of German pronouns like indefinite pronouns, or reflexive pronouns. Or maybe you want to return to German personal pronouns to refresh the rules and brush up on your skills.

Or maybe you’ll want to explore some other German grammar topics like haben conjugation and sein conjugation, or understanding German prepositions.

Test your skills and see what you’ve learned from this article by playing a selection of sentences with German possessive pronouns.