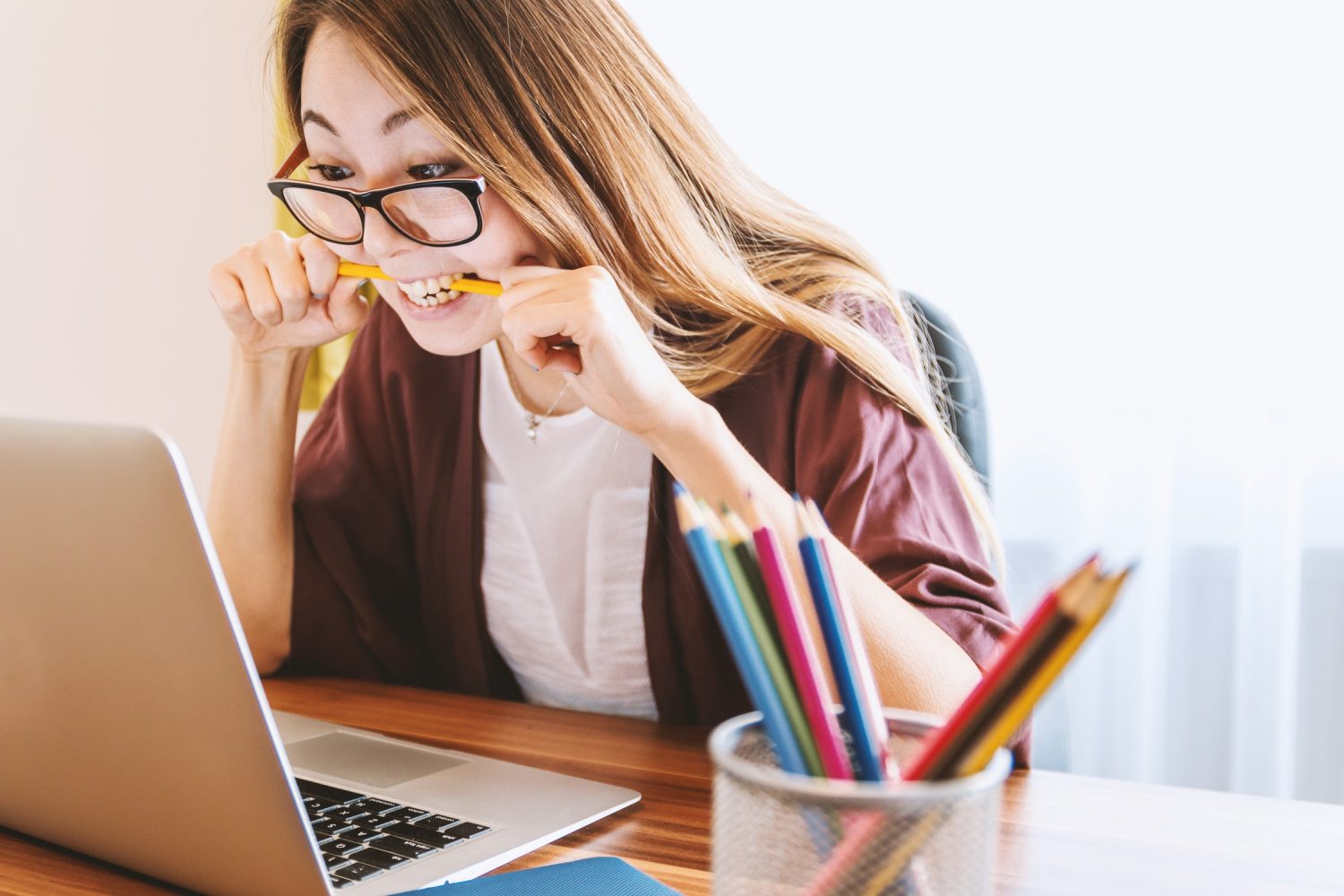 German prepositions are a vital part of the German language. In fact, no matter if you look at the German, English or Spanish language, prepositions are necessary for holding sentences together. Without prepositions, we wouldn’t be able to give simple instructions or directions.

You might think that learning prepositions in German might work just like in the English language: learn the right word, add it to your sentence and… (drum roll, please) there you have it, a sentence with a preposition!

However, just like with a lot of things in the German language, it’s unfortunately not that easy.

But there’s no reason for you to worry! With this comprehensive blog post, you’ll have your German prepositions down in no time—I promise!

So let’s have a look at what makes German prepositions so special.

The Key to German Prepositions – the Four German Cases

The reason why German prepositions are so difficult for those learning German (and oftentimes for native speakers as well) is the German case system. The German language has four cases:

These cases are very important in German grammar as they dictate the endings of adjectives and indefinite articles. They can also tell you which personal pronoun to use.

Therefore, the nominative is known as the Wer-Fall (the who-case).

I’ll give you a couple examples:

Wer lacht? (who is laughing?) → Das Mädchen lacht. (The girl is laughing.)

Every time you see forms of the verbs sein and werden (to be and to become), you can be sure that you’ll find the nominative here: the nominative case always follows “sein” and “werden”.

There you go! Easy pie, right?

Similarly to the nominative, the accusative’s operative question is also “what?” There is, however, a major difference between the two.

In the case of the accusative, the person (or animal, or object) you are talking about is affected by the action.

So whenever the noun in the statement you’re making is directly affected by the verb, you have to use the accusative.

Er schreibt Bücher. (He writes books.) ← What does he write?

Sie haben die Kirschen gegessen. (They have eaten the cherries.) ← What have they eaten?

Sie hat ein Bild gemalt. (She painted a picture.) ← What did she paint?

As you can see in all of these sentences, the noun is being influenced by the verb, such as the picture which is painted by the woman.

This case is all about the indirect object. The indirect object is an object that is being passively influenced by whatever action is taking place. Need a memory hook? Think of the dative as the “lazy case”.

That’s right. You’ll know why in a second.

Let’s take a look at the sentence structure for the dative:

Same with this example here:

Ich gab ihm den Schlüssel. (I gave him the key.)

In this case, “I” is the subject of the sentence, whereas “the key” is the direct object.

The verb here is “to give” as well, and the indirect object is “he” who I gave the keys to.

As you can see, I highlighted the word “who” here. When there’s a dative involved, you’ll always have to ask yourself “Who to?” or “Who for?”, or also “Whom?”. These three questions are indicative of the dative case.

Onto the last case! The genitive is generally pretty easy to wrap one’s head around. The operative word here is “Whose?” So whenever you see a sentence like:

You can be sure it’s a genitive! Why? Because you’re probably asking “Whose jacket is black?”

I highlighted the last two letters of the words “des Mannes”. The special thing about the genitive is that when it’s applied, the endings of certain nouns (namely masculine nouns and neuter ones) change.

When a sentence is in the genitive case, the letters –es are added to some words, especially those that have only one syllable and end in a consonant.

Das Blatt → des Blattes (the leaf vs. the leaf’s)

If a word ends in –en, –el or –er, usually only an –s is added. This happens especially in masculine nouns or those that are neuter.

Das Kaninchen → des Kaninchens (the bunny vs. the bunny’s)

Der Leiter → des Leiters (the leader vs. the leader’s)

Der Beutel → des Beutels (the tote vs. the tote’s)

Now that you had a chance to take a quick look at the four cases of the German language, onto the fun part: German prepositions!

From “ab” to “zu” – German Prepositions at a Glance

The good thing about them?

Once you learn the specific vocabulary, you’ll have a clear indication of which case you should use with each preposition.

German Prepositions in the Accusative

When you encounter these German prepositions, you can be sure the nouns and pronouns following will always be in the accusative. So as long as you memorize the following, you’ve got your German pronouns in the accusative down (For once, German can be actually pretty simple).

Sie arbeitet für ein Unternehmen in Berlin. (She works for a company in Berlin.)

Wir gehen durch den Wald. (We’re walking through the forest.) → This is a good example showing how the masculine article for “der Wald” changes to “den Wald” when in the accusative.

German Prepositions in the Dative

All of the words listed below will give you a hint that whatever noun or pronoun follows, it’s going to be in the dative case.

Sie sitzt mir gegenüber. (She’s sitting opposite to me.) → You can see here that the word “mich” (me) shifts to its dative form: mir.

Seit seiner Scheidung lebt er allein. (He lives alone since his divorce.) → Since this is a preposition in the dative, the word “seine” (a possessive pronoun) shifts to “seiner”.

Ich habe außer einer Jacke nichts gekauft. (I didn’t buy anything except for a jacket.)

Sie kommt aus der Schweiz. (She is from Switzerland.)

German Prepositions in the Genitive

I like to refer to German prepositions in the genitive as well as the genitive case itself as the “dying case” since a lot of German native speakers (when speaking informally or in everyday conversations) use the dative instead. While you’ll easily be understood, this is technically wrong.

Particularly when writing letters or when speaking in more formal contexts (jobs interviews and the like), you should use the correct case—meaning the genitive—for the following prepositions.

Note: While you can informally use the dative when using prepositions like “während” or “statt”, the prepositions außerhalb, innerhalb, oberhalb and unterhalb must be used with the genitive. Same or diesseits, jenseits, and beiderseits!

Die Bäckerei ist wegen Urlaubs geschlossen. (The bakery is closed due to vacation.) → Since the preposition is in the genitive, the word “Urlaub” (vacation) shifts to its genitive form (“Urlaubs”). A lot of Germans will conveniently ignore the genitive here and simply say “wegen Urlaub geschlossen”—this, however, is grammatically wrong.

Seine Wohnung liegt außerhalb des Stadtkerns. (His apartment is located outside of the city center.)

Es kam innerhalb der Partei zu Spannungen. (There were tensions within the party.)

German wouldn’t be German if there wasn’t some sort of special case for everything. Same goes for German prepositions. You might be letting out a sigh of frustration right now—but I can assure you, these are pretty easy to keep in mind!

It is pretty easy: Every time there is motion involved (especially when talking about a specific location), the preposition is in the accusative.

If there’s no motion involved, or the motion involved has no specific goal or place it’s going to, or if you’re talking about a location, you’re using the dative.

You can distinguish the two by looking at the interrogative particle. In case of an accusative, you’re asking “wohin?” (meaning: where to?) when inquiring about the situation.

It’s a little bit different in the case of a two-way preposition involving the dative.

Therefore, the dative is used here.

Wir sind in der Oper. (We are at the opera.) ← The movement has already taken place. The opera is where the action is taking place now.

Test your skills and see what you’ve learned from this article by playing a selection of sentences with German prepositions.

5 thoughts on “All You Need to Know about German Prepositions”