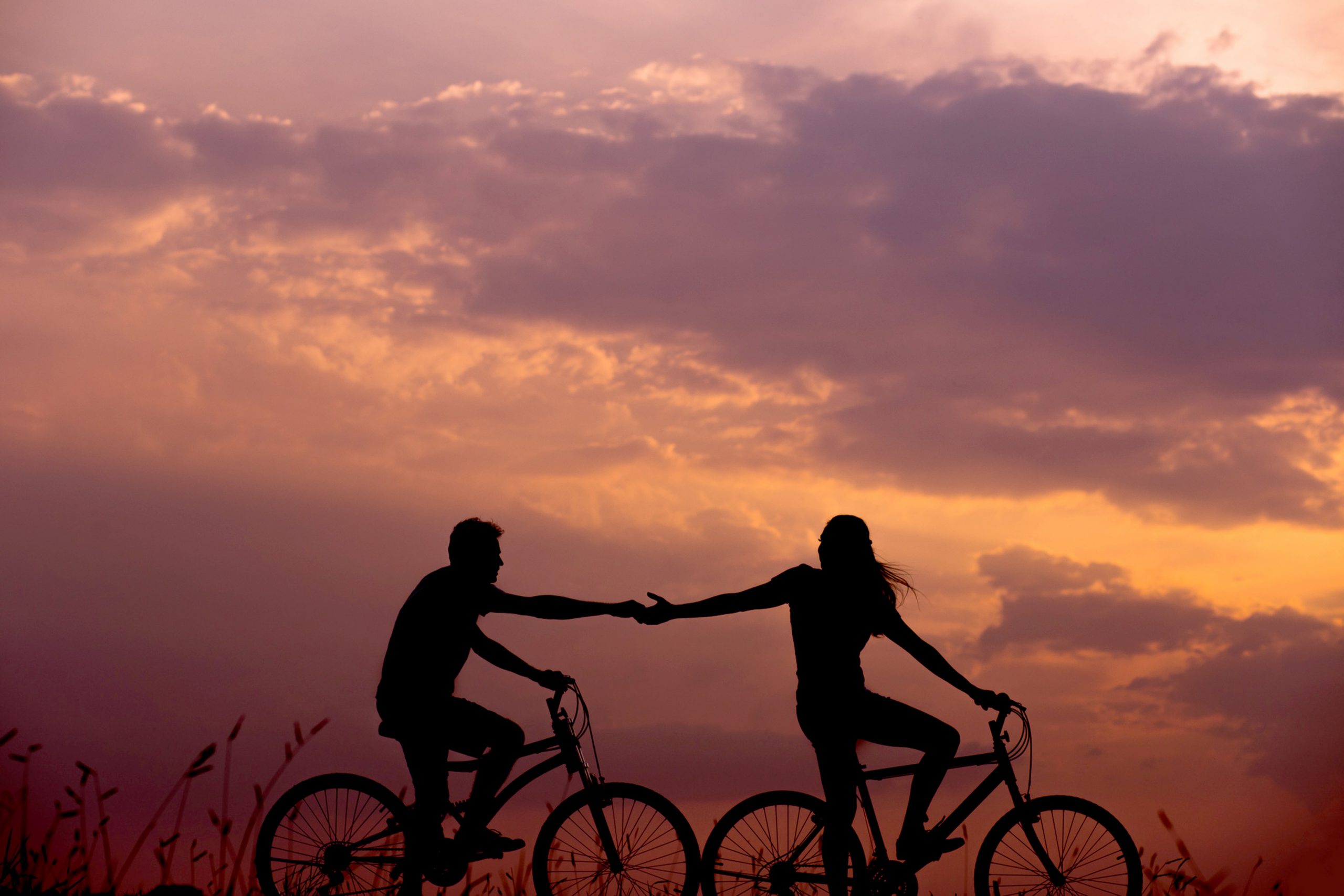 Querer is an essential verb in Spanish to express desire. Querer can mean “to want”, but it can also mean “to love” (you may have heard that the phrase te quiero means “I love you”). As with pretty much any absolutely necessary and frequently-used Spanish verb, the verb querer is irregular, which means that it does not follow the usual conjugation patterns.

What kind of verb is querer?

Querer is a transitive verb, which means that it usually takes on one object. This can also be dropped in Spanish, which I will explain further below. It is either followed by a noun, a verb in the infinitive form (ending in er, ar, or ir), or que + subjunctive. In terms of what matters for conjugation, querer is an irregular, stem-changing, er verb.

To use querer in a sentence, you will either conjugate it, or use a verbal. Before we get into the querer conjugation, let’s start by seeing how the three verbals work with this verb.

Example:
Te voy a querer por toda la vida.
I am going to love you for life.

Note: querido/querida is also a noun meaning something like “darling”.

The most common querer conjugation forms are as follows:

If you are confused about any of the verb forms mentioned in this article, make sure you check out our ultimate guide to all the Spanish tenses.

Even though querer in the present tense is technically an irregular verb, all of the conjugations follow the same pattern. So once you know one conjugation, you know them all. For me, hearing kids screaming “yo quiero…” over and over again was enough to remember this for life!

If you’re confused, see our guide to present tense in Spanish here.

Examples of querer conjugation in past preterite tense

For the future tense, the stem is shortened to only consist of querr. From there, the future is conjugated as normal. Again, this is not a very commonly heard form of the verb querer. When talking about wanting something in the future, it is more common to use the “going to” equivalent, which is ir a + infinitive verb. Learn more about the future tense here.

Examples of querer conjugation in past imperfect tense

The best way to express past desires is using this past imperfect form of the verb querer. This expresses longing that was ongoing up until a certain point.

What is the difference between quise/quiso and quería?

Generally speaking, quise and quiso refer to a specific event, where someone wanted or didn’t want something at a specific time, and there was an outcome for that. On the other hand quería is more likely to be used in all other circumstances, so most general situations.

In many contexts, the past preterite form of querer can be used inerchangably with the past imperfect tense. So, while there is a distinction between these two, it is so minor that it’s not something you should worry about too much.

The more advanced querer conjugation forms are as follows:

If you are confused about any of the verb forms mentioned in this article, make sure you check out our ultimate guide to all the Spanish tenses.

As is usually the case even for irregular verbs, the subjunctive form of the Spanish verb querer takes the stem of the first-person present tense. It then adds the ending of a plus the regular pattern consonant.

Querer is one of the most common verbs to use in the imperfect subjunctive form. This is because unlike other verbs in this form, quisiera can be used on its own and has a meaning of its own. Quisiera means something like “I would like” and is often used when ordering food in restaurants and cafes.

Like the past preterite form, the conditional form of querer is not a very commonly used one. This is because it is more common to use imperfect subjunctive (quisiera) instead to express conditional desire.

When you can drop the object with the Spanish verb querer

In Spanish, it is common to use the Spanish verb querer in a sentence without any overt subject. This is because the object is implied. So, instead of saying “I want it” or “I want to”, they just say quiero.

So, that concludes our virtual lesson on the verb querer conjugation. Hopefully this article has cleared up some of your confusion around how querer is conjugated in Spanish. Remember, querer is irregular so what is true for this verb is not necessarily true for other verbs.

If you want to see how regular verbs are conjugated, or just want to brush up on your knowledge of the different tenses, make sure you check out our overview of tenses in Spanish, which has all the info you need.

Don’t forget to use Clozemaster to practise your Spanish sentences and test your knowledge of Spanish grammar.

Test your skills and see what you’ve learned from this article by playing a selection of sentences with conjugated forms of the Spanish verb querer:

Take your Spanish to the next level. Click here to start practicing with real Spanish sentences!’ 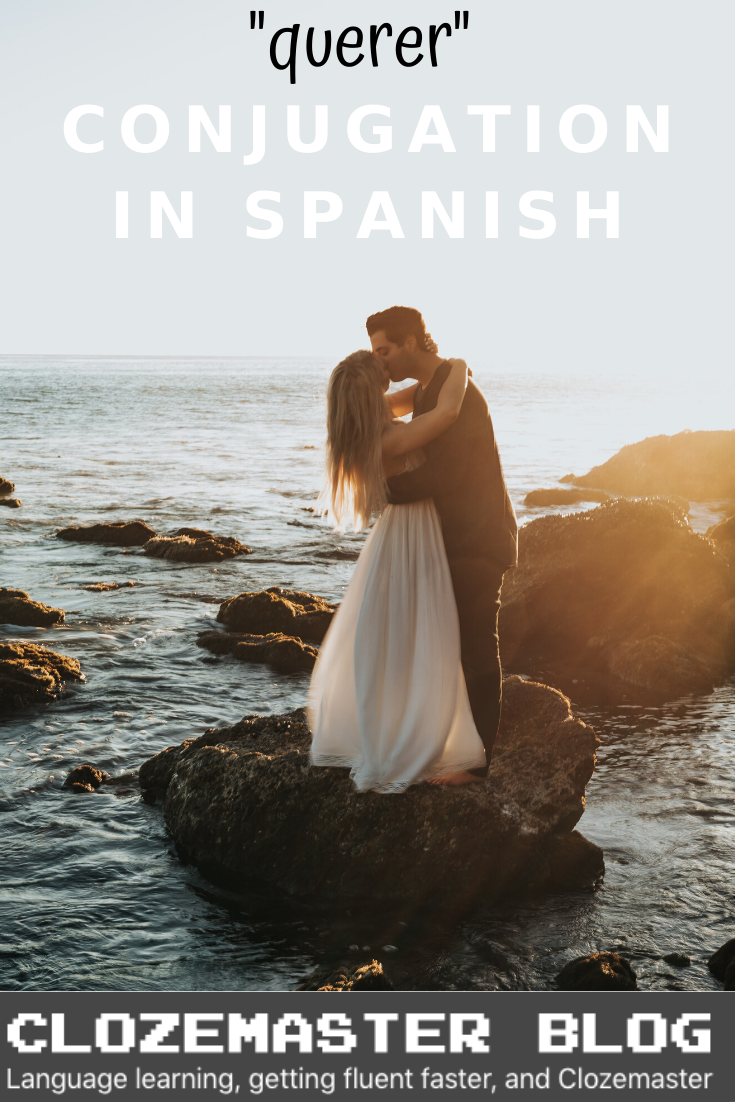 1 thought on ““Querer” Conjugation in Spanish: All You Need to Know”