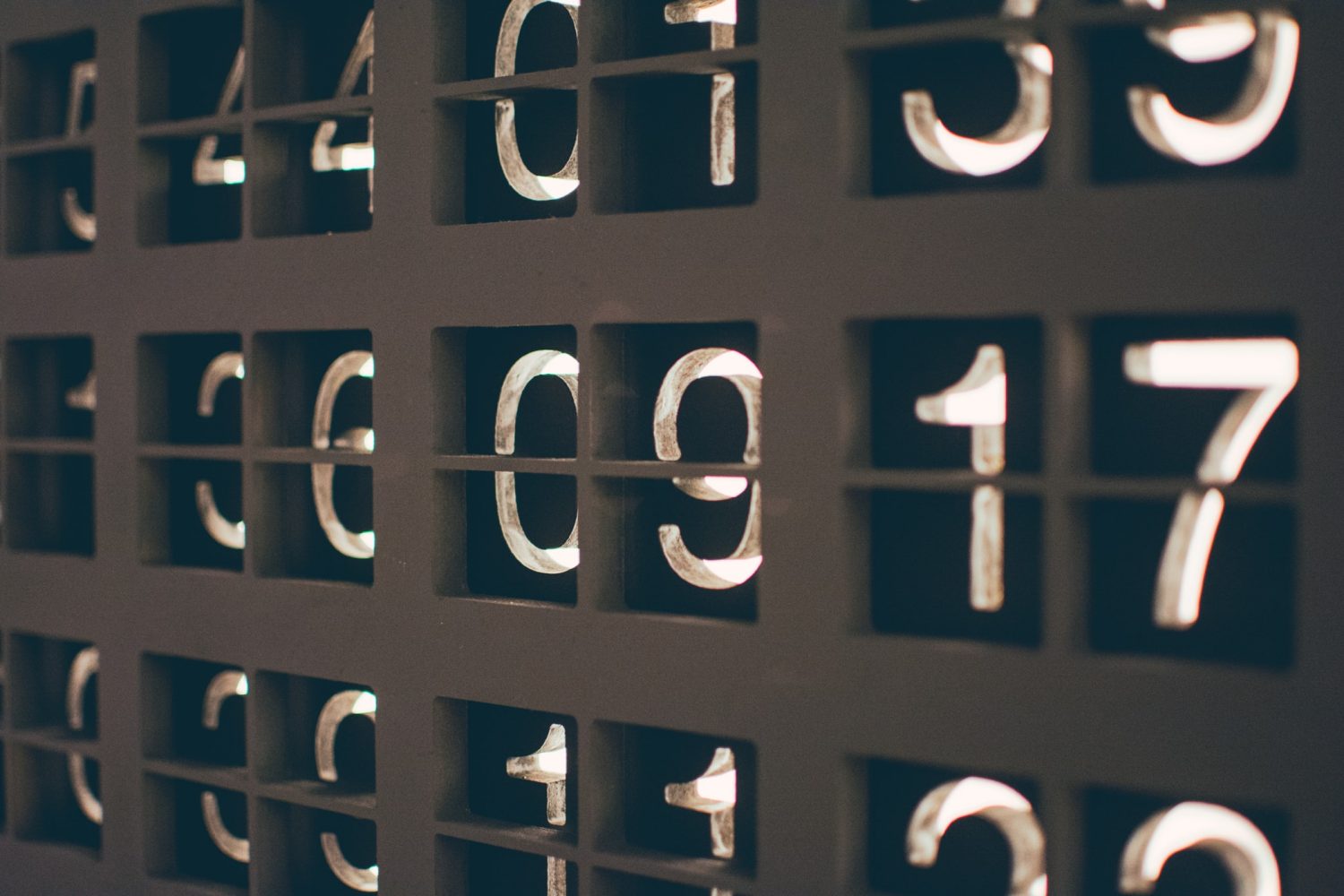 Numbers are one of the most essential parts of learning any language. Whether you want to give someone an address or say how many croissants you’d like to order, you’re going to need to know les nombres (the numbers). We should warn you in advance though that French numbers are infamous for being quite irregular and rather tricky to master.

However, with this guide we’ll go through each set of numbers, so ne vous inquiétez pas! (don’t worry!) because we’ve got you covered for every step of the way.

Let’s start with the very basic numbers, one to ten. You probably already know these, but it’s always good to review. Most of these words have sounds that cannot be found in English, so be sure to listen to each one to make sure you have the pronunciation right. The N in a word means that the vowel before it is nasal, so the word cinq is NOT pronounced with the ending like ‘wonk’ or ‘honk’ but with a nasal ‘a’ sound before the k.

If you’ve been learning French then you probably already know about the liaison rule that makes words sound different depending on the following word. Similar sound changes happen with numbers as well.

As a result, French numbers sound different as a result of the word that follows them. Words can have three different endings depending on whether the number is:

If the number is by itself, then you simply pronounce it as we listed above. Likewise, the numbers deux and trois (two and three) always remain the same. However, if a number is followed by a word beginning with a vowel or mute h, you can expect some sound changes.

To demonstrate this, let’s look at some examples with the number six.

Once you’ve got your head around the lower number, it’s time to learn the numbers 11-19 in French. As in English, some of the numbers between 10 and 19 are quite irregular. They are as follows:

After dix-neuf, French numbers start to gain some sense of regularity. For the most part you only have to add the number together the same way that we do in English.

You should note that 21 is vingt-et-un and all the ‘larger’ numbers ending in one have the -et-un ending.

After that, you use the same formula to make numbers with other multiples of ten.

After the number soixante-neuf (sixty-nine) French numbers get quite strange. You see at the number 70, numbers are added together but not in a way that most English speakers are used to. The word for seventy is soixante-dix, which translated literally means ‘sixty-ten.’ The numbers 70-79 follow this pattern of using the word soixante with the 10s.

While counting between soixante-onze and soixante-dix-neuf may seem peculiar in French, counting higher is even more counterintuitive.

The number eighty presents a rather strange structure with the form quatre-vingts. You’ll probably recognise the words quatre and vingts and see that the French word for 80 actually means ‘four twenties.’ To count from 80 to 99 in French you add numbers to this quatre-vingt(s) form.

When you get to the number 90, things get even more strange as the quatre-vingt structure then combines with the numbers onze to dix-neuf.

An aside about hyphens in French numbers

You may have noticed that all the compound numbers have a trait d’union (hyphen) between them. This is common today due to a reform passed in 1990, but if you read older works, you may not see them. As a rule of thumb, it’s better to put in the hyphen for any numbers you write now and you can learn the exceptions as you go on.

Once you hit the number cent (100) in French things start to become a bit more normal or at least more normal than the idea of “four-twenties.” Overall, counting past one hundred in French is the same as in English.

You simply start with the largest number and continue from there.

To count even higher you only add a number before the word cents.

And making numbers from here follows the same formula that you would expect. Just remember that you still have to use quatre-vingt for eighty to ninety-nine.

Getting to the thousands in French

The next big numbers come from the word mille (pronounced MEEL). These are formed as you’d expect and don’t need much explanation.

Knowing this you can make huge numbers in French simply by putting together the numbers you already know.

By this point you should have some idea on how to make any number up to one million. However, once you hit un million and anything larger, the rules once again change.

The formation is more-or-less the same as before, starting with the largest digit and working down to the smallest. The difference is in a preposition.

Any number from one million and above needs to be followed by the preposition de.

Go forth and count in French!

Now that you know some of the basics, go out and start counting things in French. We interact with numbers all the time so you should be able to practice your French counting almost every day. Just remember to keep practicing!

Learning how to count in French might seem daunting at first, but don’t worry, it comes naturally with practice.

Test your skills and see what you’ve learned from this article by playing a selection of sentences with French numbers. 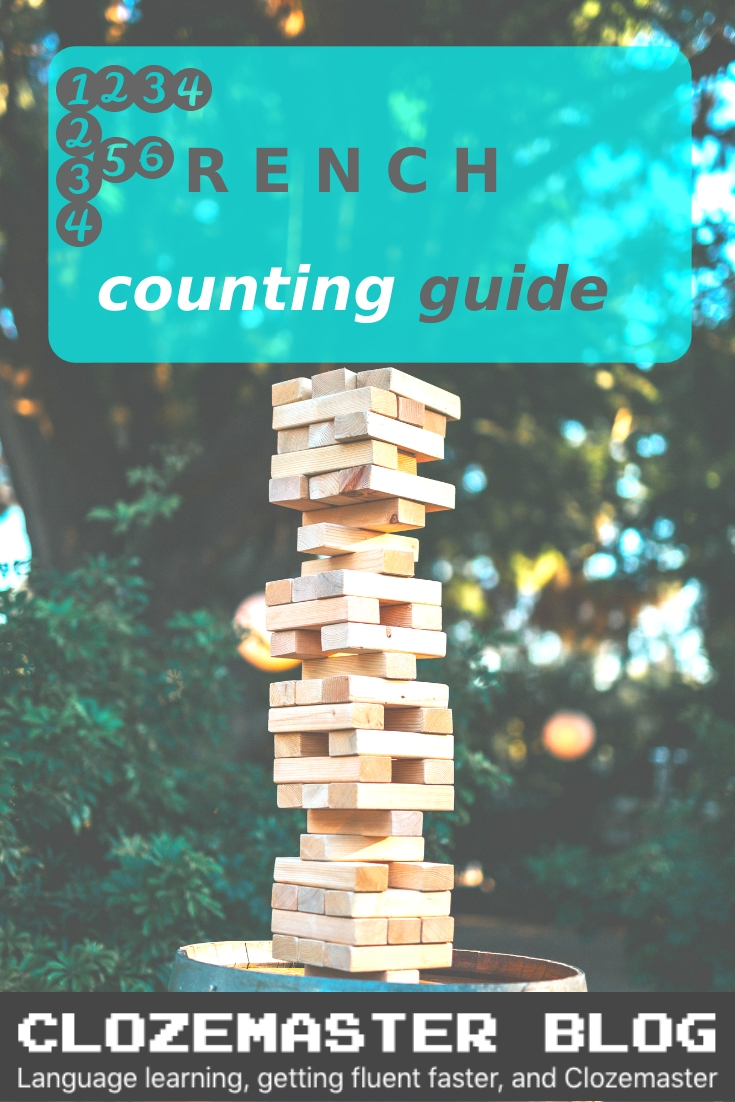