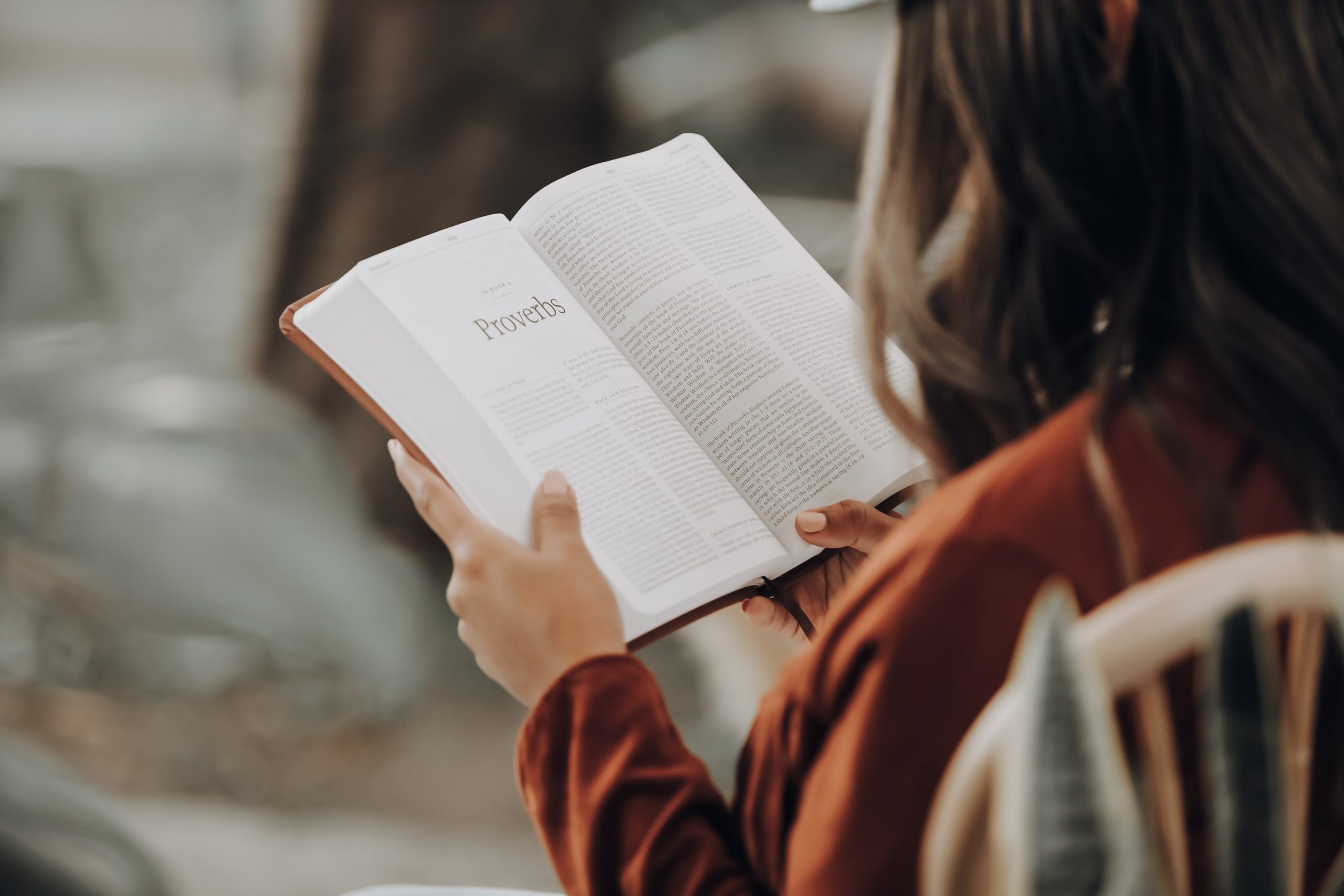 Italy has plenty of colorful local proverbs to express one’s point with wisdom and humor. Italian sayings are short expressions which often have regional variations and deep historical and traditional roots.

There are proverbs about food, love, women, wine, animals and work. Italians have a saying for almost every aspect of life!

Some of these proverbs you will probably hear over and over if you go to Italy. Let’s take a look at the ten most famous Italian sayings which will spice up your vocabulary and grammar and teach you a lot about the Italian culture.

Every Italian child has surely heard this saying from his mother or grandmother: the literal meaning is “Either eat this soup or jump out of the window!”.

This rhyming threat is actually a way to say “Take it or leave it”. You can notice that the Italian structure “O… o..” is the equivalent of the English “Either… or..”.

How about you? Would you rather eat your vegetables or contemplate jumping out of the window?

It’s probably not the most refined variation of the English saying “Haste makes waste”. It literally translates to: “The hasty cat gave birth to blind kittens”.

Here the verb “ha fatto” (present perfect of the infinitive fare: to do) is used to convey the meaning of “give birth to”. As in English, this proverb is used to say that things done too quickly tend to turn out badly.

A variation of this saying is “la gatta frettolosa ha fatto i gattini ciechi, ma quella lenta finì sotto una macchina”, which means “The hasty cat gave birth to blind kittens, but the slow one was hit by a car”, a way to say that the best method to do something is often to compromise.

Many Italian sayings seem to include cats, so here’s another one. This translates as “when the cat isn’t there, the mice dance”.

This proverb expresses a situation in which, in the absence of a danger or vigilance, someone can finally feel relieved and do what they want, perhaps unaware of the fact that “the cat” sooner or later will return and there will be bitter consequences to face.

English has a very similar version of this one: “When the cat’s away, the mice will play”.

Unsurprisingly, many Italian sayings include food. This one translates as “Not all donuts come out with a hole”, but its meaning is not directly related with cakes or desserts. It actually means that things don’t always turn out as planned.

This proverb is often said to someone who is sad for something unpleasant, for something he/she did and didn’t come out as expected, or for a situation that seemed favorable but ended badly.

English speakers will generally use sentences such as “you can’t win all the time”, or “things don’t always turn out as planned”.

The final interpretation of the Italian version, however, is still positive: despite the failure, you are still left with a donut (or at least something similar) to eat!

This is the perfect example of popular wisdom. It translates as “the mother of idiots is always pregnant”.

The meaning is, simply, that you will always meet idiots in the world, no matter where you go: there are, and there will always be a few stupid people around.

When you meet someone who acts in a foolish way or does something particularly silly you can turn to your friend and say “la mamma dei cretini è sempre incinta”.

This is another proverb that you will hear very often in Italy. Let’s imagine that you receive two job offers: the first position is quite boring but you are offered a great salary. The second job, however, is a really exciting one but the salary is definitely lower.

You go to your friend for advice and they reply: “non si può avere la botte piena e la moglie ubriaca”, or literally: “You can’t have a full cask and a drunk wife”. This proverb best describes a situation where you must choose between two opportunities which are both appealing, but each one has its advantages and downsides.

Even if you want it all, in the end you will have to choose one of the given options. The English equivalent of this proverb is “You can’t have your cake and eat it too”.

If someone tells you “Non fare di una mosca un elefante” what he means is that you shouldn’t make a big deal out of a small matter.

The literal translation is “To make an elephant out of a fly”. The English equivalent would be “to make a mountain out of a molehill”.

This sentence doesn’t actually have its roots in Italy, but comes from the Ancient Greek writer Lucian, who used it for the first time in his work named “The Fly”.

“Non fare di una mosca un elefante” is now used for people who tend to exaggerate the importance of a problem and make something sound more serious than it really is.

If you want to learn more about the use of an important verb such as fare, we suggest you read this article too.

This is a proverb that you will surely hear in Italy, often addressed to someone who, instead of working, is wasting his time or being too lazy.

This saying’s literal translation is “who sleeps catches no fish” and its meaning is similar to the English proverbs “the early bird catches the worm” or “you snooze, you lose”.

In Italy, this proverb is used to say that nothing is achieved without effort: if you don’t take action, nothing good will happen. The fisherman is taken as an example here: in order not to miss the fish he must always be awake and alert to pull the catch out of the water the moment when it eats the bait.

This Italian saying is also a warning to not miss any opportunity due to other non-productive activities. In fact, Italian people believe that those who tend to be lazy all the time have little chance of achieving something good in life.

This is actually a Latin proverb, but it’s used a lot in Italy. Italians are still using this proverb in the original language: a clear evidence of the fact that wine has been playing a big role since Ancient times.

The translation is “in wine there is truth”, meaning that “wine makes people tell the truth”. When a person is drunk or tipsy they can easily reveal truthful facts, feelings, desires or thoughts that they would never say in a normal situation. It also implies that decisions made when one is drunk should be reconsidered once he turns sober.

The author of this pearl of wisdom is believed to be Pliny the Elder. The full version of this proverb is “in vino veritas, in aqua sanitas”, which means “in wine there is truth, in water health”.

This widely used proverb is historically attributed to Pope Leo X who in 1517 had to nominate some new cardinals. After a careful consideration, he came up with the final list, which contained 30 names, quite a substantial number.

After completing the list, however, he realized that he had not included a prelate of great merit and fame. Since he wasn’t able to exclude any other cardinal, he added the name to the list, pronouncing the famous words: “We did 30, let’s do 31!”.

Italian people tend to use this saying at the end of a job, when we are asked, or we realize, that we should make a little more effort.

Italian people really like to play with words and proverbs are equally used by the older and the younger generations. We hope that through our selection you can learn more about Italian culture.

Let us know what you think in the comment section below, as well as if you know other proverbs from Italy! 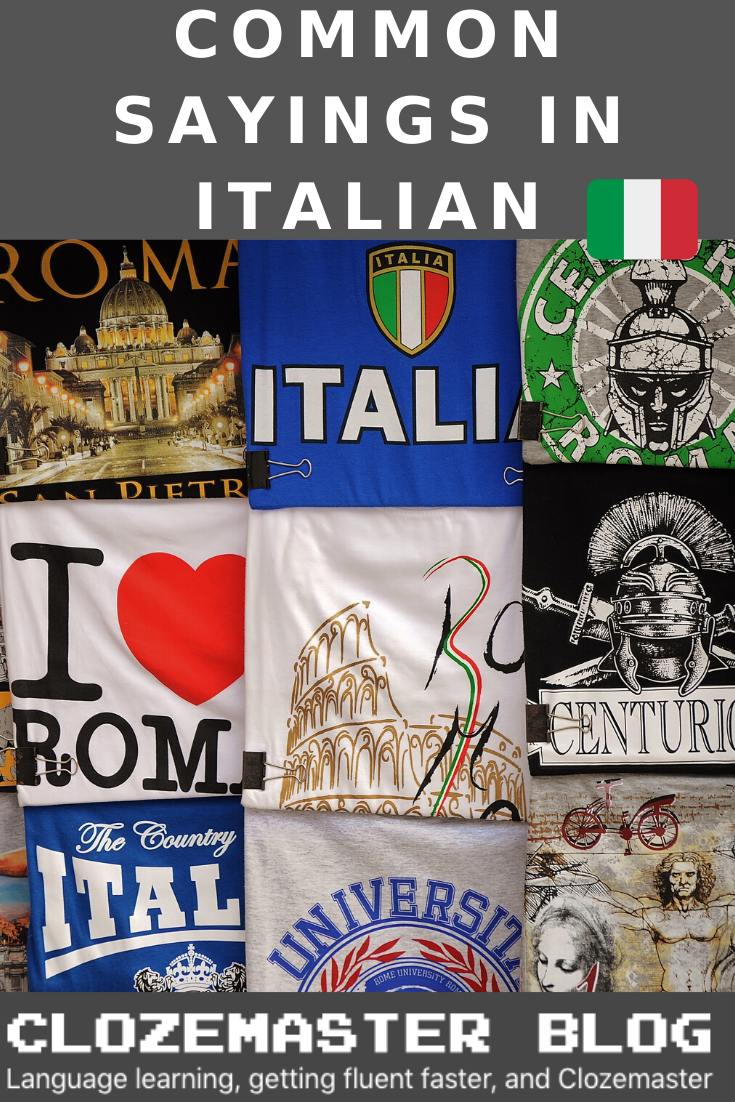 1 thought on “The 10 Italian Sayings You Need to Know”