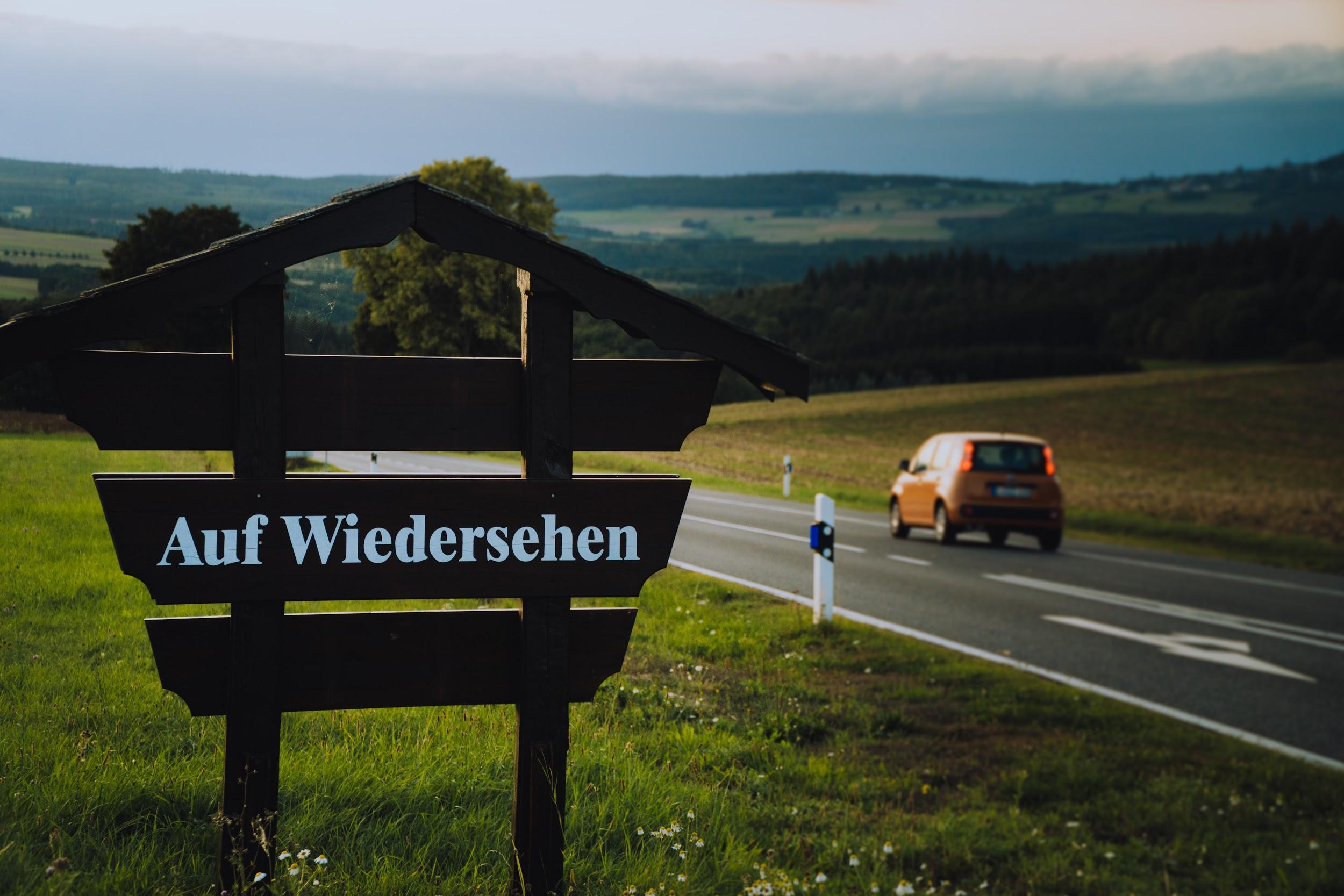 Nothing is as bittersweet as saying goodbye, but it’s not as bad as not knowing how to say bye at all. An important part of practical language learning is knowing how to start and end a conversation. If you’ve been following the blog, you can already say hello in German thanks to the 100+ Common German Phrases post. Now it’s time to learn how to say goodbye in German.

The culture around goodbyes in German is very similar to English, so all you have to worry about is learning the right words. There’s a wide variety of German leave-taking phrases, each useful in its own context. I’ll be taking you on a tour of all the ways to say farewell in German, so you can pick the goodbyes that are right for you.

In German “a goodbye”, as in the moment in which goodbyes are said, is “der Abschied”, however if you are looking to say goodbye to someone, the following would be pretty good choices! They’re some of the most frequently spoken because they’re appropriate for everyday, casual use.

The #1 German goodbye is Tschüss

Tschüss translates to “goodbye” or “bye” in English and can be used in all the same situations that you would say “bye” in! It’s versatile and the most commonly used by everyone, at least, in Hochdeutsch (German’s standard dialect). If you’re new to German, you can’t go wrong with using Tschüss as your sole goodbye.

A cuter version of Tschüss is Tschüssi

Since Tschüssi is diminutive it’s slightly more informal than its counterpart. But watch out! Some people feel very strongly that only women say Tschüssi. So if maintaining a masculine veneer is important to you, maybe avoid this one, however if you want to add some endearing charm to your speech, sprinkling in Tschüssi might be the way to go!

Both are loanwords from Italian and French respectively. Tschau and ciao work both as a greeting and as a goodbye, while adieu and ade are reserved for goodbyes only. Tschau is a popular goodbye in Berlin, so if you’re in town it might be good to have it in your back pocket! Ade is more common among older people in Southern Germany.

These words are also best used in more casual farewells.

13+ Different Ways to Say See You Later in German

Like in English, German has plenty of ways to build a “See you [at some later date]” sentence. If you know the components you can generate as many as time and date words that you know! Here are some options:

These next few are pretty self-explanatory; they’re the closest equivalent to “see you later” and are a good casual way to say goodbye in German!

Pairing any of the above “see you later”’s with Tschüss or one of the other goodbyes from the previous section can give your phrasing a bit more variety. For example: 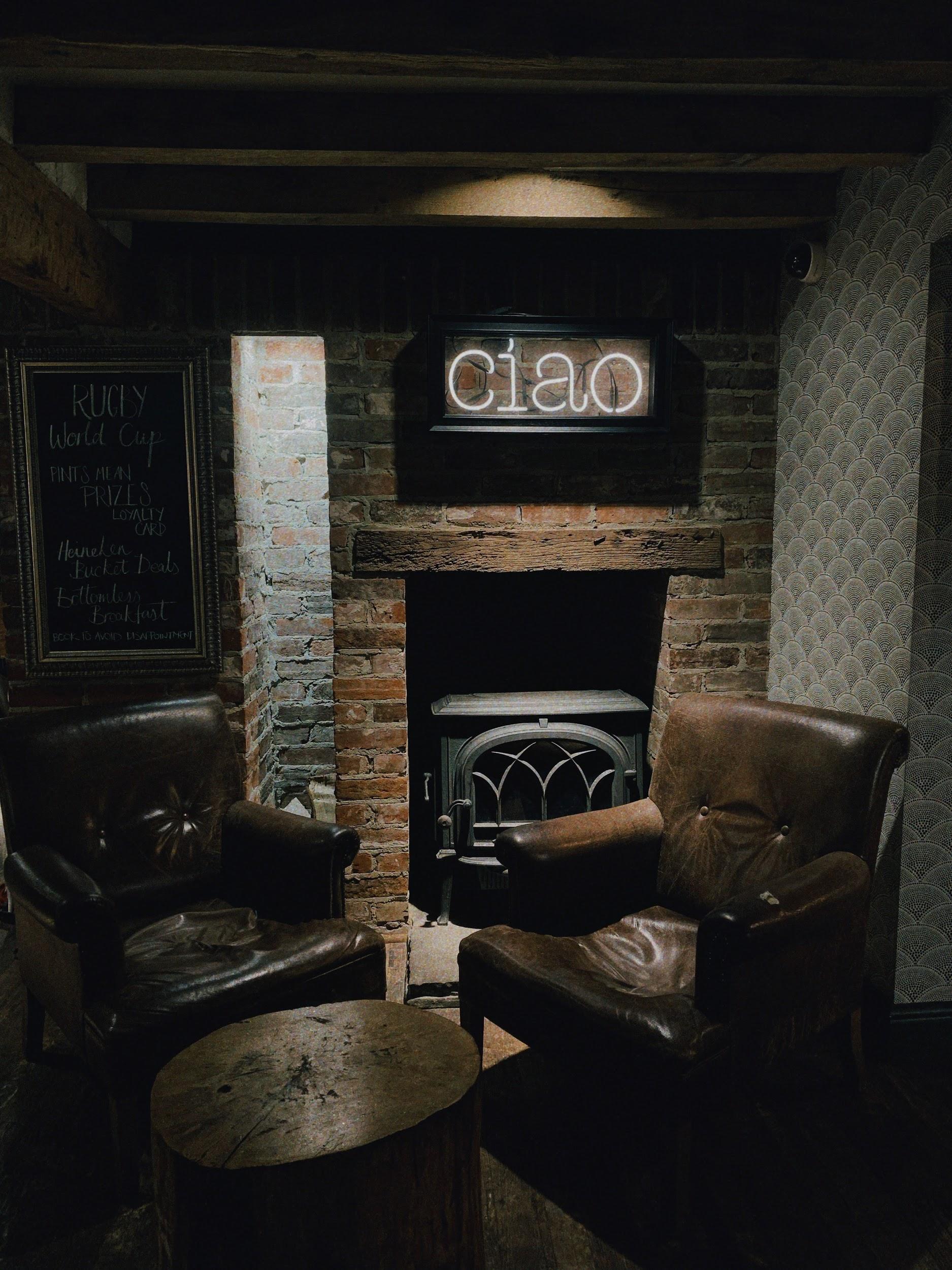 It means farewell, but a more literal translation would be “live well”. Not only is Lebewohl a formal goodbye in German, it also implies there will be a significant length of time until the speakers see each other again. So it’s not applicable for day-to-day use and is better for when someone is moving away, or traveling for a long time. But if that doesn’t apply the tried and true Auf Wiedersehen always works as a formal goodbye.

(Notes: Even though Lebewohl is very formal, it is not used to end letters or emails. You may also see Lebewohl written as Lebwohl or Leb wohl.)

Talking about goodbyes in German

Further, like “der Abschied”, which I mentioned earlier, “das Lebewohl” is also the moment of saying farewell a.k.a “a goodbye”. Therefore, if you’re attending a farewell dinner, or say a teary goodbye at the airport you could discuss it with someone else like this:

Make sure you don’t forget the proper conjugation when you use Abschied as a verb like this!

How to end a conversation in German

Not everything you say when parting ways with someone necessarily means “goodbye”. Sometimes you want to wish your conversation partner a nice day, or let them know that you want to see them again. Here’s some useful phrases to accompany your farewells.

How to Say Good Night in German

The day is coming to a close after a fun evening or maybe you’re relieved to be winding down after some long hours, and it’s time for someone in your group to take their leave. Here’s how you wish people a good night in German.

(Photo by Toa Heftiba on Unsplash)

Would hearing examples of these goodbyes being spoken aloud help you learn them better? Here’s some excellent pronunciation examples with Thea from Babbel:

Maybe you’re looking for a phrase for a specific occasion. Do you want to learn how to say Merry Christmas or a holiday-themed goodbye in German? Try our article on Christmas and holiday greetings!

Birthday wishes can also accompany a goodbye at the close of a party or get together.

Parting with a loved one? You will want to include an “I love you” when you leave.

And if you haven’t mastered German greetings yet, check out our post on saying hello in German.

4 thoughts on ““Goodbye” in German: A Comprehensive Guide to German Parting Words”