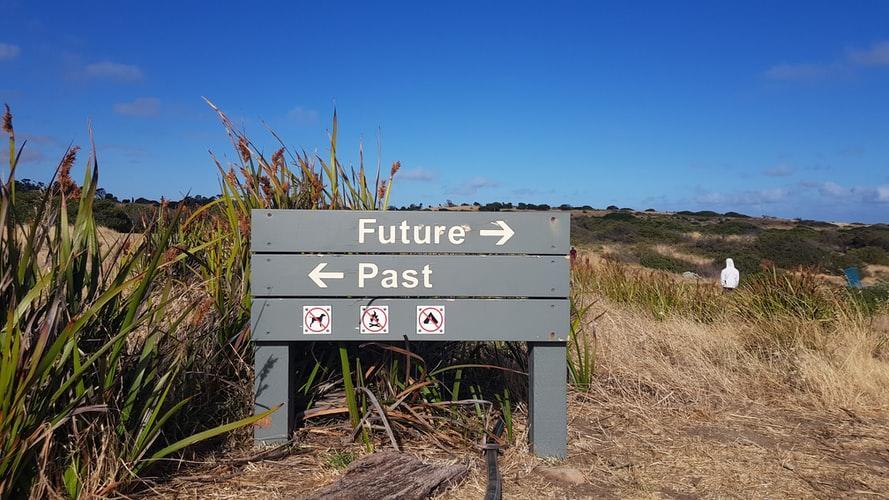 There comes a time in every language student’s life where they’re ready to throw in the towel. That time is usually when they figure out that there are over twenty different French tense and mood combinations to learn. Fear not, whether you’re pulling your hair out trying to learn each one or are just starting out learning French tenses, this guide will help you learn the basics of each tense, in the time it takes to have a cup of coffee. We’re going to recap the present, whiz through the past, dive into the future, and even take a look at the more advanced French tenses. Now pull up a chair and make yourself comfortable…

To begin, you need to know the three verb groups, otherwise you’re going to wonder what on earth I’m talking about throughout this article. Regular verbs are split into three groups based on the ending of the word. Each of these groups follows the same pattern in various French tenses, so once you’ve learned the rule, you can apply it to all of the other verbs from that group.

The French technically don’t have a 3rd regular verb group, they simply have the “verbes du troisième groupe” which encompasses all verbs ending in “RE”, regular and irregular. Seeing as that doesn’t help anyone to learn the rules, we’re going to look at the regular verbs as their own group, and worry about the irregular verbs later.

For each group, simply remove the verb ending (er, ir, re) and what you’re left with is called the verb stem. Next, you add on a new ending, according to the subject and the tense, as shown in red in each verb table.

While the English language uses simple and progressive versions of the present tense, the French has just one: le présent. All you have to do is take the regular verb stem and add a different present tense ending, depending on which verb group it belongs to.

There are two past French tenses to learn first: le passé composé and l’imparfait. The passé composé is formed in the exact same way as the English present perfect. It takes the verb “avoir”, conjugated depending on the subject, paired with the past participle. The French past tense is used for all kinds of past tense situations, from completed actions to sudden feelings.

Each regular verb group once again takes the stem and adds a new ending, é, i or u.

The French imperfect tense is used to talk about actions that continued for a duration of time in the past, similar to the English “was/were + ing” or “used to”. It is also commonly used with verbs that depict feelings or state of mind.

I think you’re starting to see why we needed to look at verb groups earlier, because yet again ER and RE verbs lose their original ending, and gain an imperfect ending, but this time the IR verbs are a bit more complex. IR verbs drop the R and add SS, before adding the imperfect ending. Does that sound mind-boggling? I promise it’s not too complicated, take a look at the table to get some clarification…

Now that you know the imperfect verb endings, you can use them with the verb “avoir” along with the past participle to create a whole new tense: the pluperfect. This French tense is used for actions that took place before another past tense action.

There are two main French tenses to talk about the future. The first is the futur proche, or near future, which is used to talk about things that will happen in the immediate future (i.e. within the next few minutes) or things that we are sure will happen. It is formed by taking the verb “aller”, conjugating it in the present tense and adding the infinitive verb. This is just like the English equivalent “going to”.

The second future tense is the simple future, which is used to talk about situations in the future which may or may not actually happen. For example, you might intend to do something but can’t guarantee that something won’t get in the way. That’s why it’s often used to talk about the distant future.

It’s a simple tense to form, hence its name, as all you have to do is take a regular verb, leave it in the infinitive form if it ends with an “r” and just add on the future endings. If the verb ends in an “e” (those in the third verb group), then you drop the last letter before adding the new ending.

It can be hard to know which future tense to use, but the best way to remember is to ask yourself two questions:

Is it decided and planned out, or is it just an intention?

Is it in the near future or distant future?

Near future, already planned and paid for, not much can get in the way = le futur proche.

Distant future, no date set or reservations made, can’t guarantee that something won’t prevent it from happening = le futur simple.

You plan to call her back, you’re dead set on doing it, for example you might be worried that it was important = le futur proche.

This is far more nonchalant, while you intend on calling her back, you’re not going to write a note-to-self in case you forget = le futur simple.

The next French tense that it is important to know is the conditional tense. The conditional can be used in the present, past and future, but let’s not get ahead of ourselves! The most important is of course the conditional present, which is used in a variety of situations. It can be used to add formality and politeness, to give advice or suggestions, for wants and wishes, or for imaginary scenarios. We can compare it to the English “would” and “could”.

You will see that the endings here are the same as the imperfect endings, but with the difference that instead of removing the original infinitive ending, we keep it, just like in the simple future, with each infinitive verb finishing with an “R” before adding the new ending.

Le Conditionnel Passé – The Past Conditional

This French tense is frequently used with the irregular verbs pouvoir and devoir to show regret (could have, should have).

Last but not least, every French learner should know the basics of the subjunctive. It’s by far the hardest thing to learn, so I’m going to try to make this quick and as easy to understand as possible, while covering the essential points.

The subjunctive is a mood that emphasizes the subjectivity of a sentence. It can show wishes, emotions, doubt, possibility, uncertainty and more. It’s vital to remember that the subjunctive follows the word “que” but not every “que” must be followed by the subjunctive mood.

Confused yet? Hang in there!

The best way to start learning the subjunctive mood is to remember when it’s used, and then learn some of the most common phrases that introduce this tense.

When to use the subjunctive?

The most common term used to introduce the subjunctive is “il faut que”. Here are a few examples to help you use the subjunctive mood like a pro. Don’t forget, this term is only ever used in the third person and could be literally translated as “it must be that”.

One of the hardest things about the French language is learning the irregular verbs. It’s best to learn each of the most common irregular verbs and their different forms by heart, as there are no rules to follow and few patterns to learn.

The most common ones are être (to be), avoir (to have), aller (to go), faire (to do/make), pouvoir (can), devoir (must), vouloir (to want), voir (to see) and prendre (to take). If you’re ready to tackle irregular verbs, then that would be a mighty fine place to start.