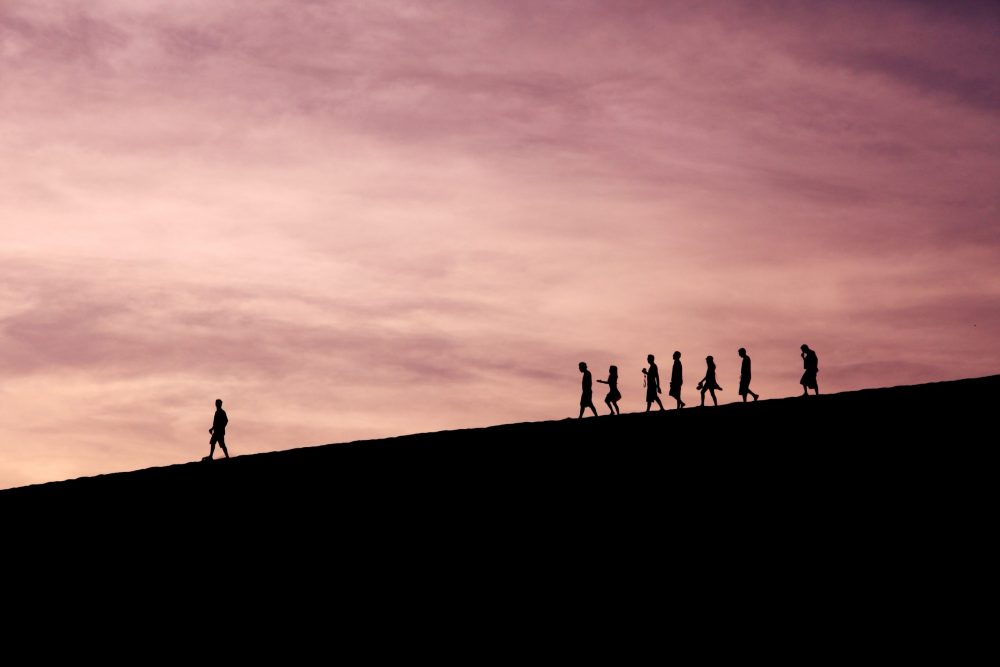 Has someone ever stopped you in the street to ask directions, and you’ve found yourself absolutely unable to tell them which way to go? We’ve all been there, and those situations only get more difficult when you’re trying to help someone in a different language. Try saying the following sentence in Spanish: “Keep going straight for two blocks until you see a coffee shop, then turn right and follow the signs for the museum.”

Did you manage it? No matter how confident you feel, it’s always good to learn something new or brush up on your skills. In this blog post, we’re going to learn the Spanish verb seguir, which you have to use twice in the sentence above! Seguir translates to multiple different verbs in English, including to follow, and to continue/keep going. I promise it’s not as confusing as it sounds once you get into it! This article will give you the most important foundations and building blocks for using the verb. We’ll go over the different meanings of the verb, and explore many different tenses of seguir conjugation so that you can master it all in one place. Once you’re done reading, why not try the custom seguir Cloze Collection at the end of this post to go over what you’ve learned?

What Kind of Verb is Seguir?

Part of what makes seguir a bit complicated is that it is an irregular verb. If you’ve learned with us before, you’ll know that we love irregular verbs. From dormir (to sleep) to oír (to hear), we’re steadily growing our collection of irregular verb guides on this blog. If you’re in the mood to keep reading once you’re done with this post, feel free to check other irregular verbs out by clicking the links!

So, back to seguir. What makes seguir an irregular verb is that it doesn’t follow the traditional rules for Spanish verbs ending in ir, er, or ar. In regular verbs, the stem of the verb doesn’t change no matter how you conjugate it. For example, amar (to love) is a regular verb. When you conjugate it in the first-person present tense, it becomes yo amo (I love). The stem of the verb remains “am”. On the other hand, the first-person present tense of seguir is yo sigo (I follow/ I continue). As you can see, the stem of the verb changes from “segu” to “sig”, making it irregular. Unfortunately, because irregular verbs change so much, you often have to memorize verb tables for all tenses until you know them by heart. Don’t worry too much, though, it’ll become muscle memory with enough practice!

The Different Meanings of Seguir

We mentioned above that seguir can mean both to follow and to continue/keep going. So, how do you distinguish between both meanings? In the case of seguir, you can very reliably tell which meaning is being used based on the context of the rest of the sentence. For example, if your friend says “Seguí a tu cantante preferido en Instagram” (I followed your favorite singer on Instagram), you can immediately tell that seguir means to follow. Conversely, if your family members say “Sigue adelante, todo te va a salir bien” (keep going, everything is going to turn out great), you’ll know that seguir means to continue/keep going.

It can be worrying to feel uncertain about exactly what seguir means in each situation. However, the good thing is the conjugation of the verb remains the same no matter which meaning you’re referring to. Don’t be afraid to lean on context and keep practicing. You’ll be able to parse out different meanings of seguir in no time!

Now, let’s get into seguir conjugation.

I always like to start things off by getting the complicated stuff out of the way so the rest feels easy by comparison. Seguir verbals can be challenging, mainly because verbals are verbs that don’t act like verbs in a sentence. Instead, they act as nouns, adjectives, or adverbs. Let’s go over three of seguir’s verbals so you can identify them quickly: el infinitivo (the infinitive), el gerundio (the gerund), and el participio (participle).

The infinitive of the verb seguir is simply “seguir”. That’s because seguir doesn’t need to be conjugated when it isn’t the active verb in a sentence. Here’s an example:

As you can see, the verb seguir isn’t conjugated, because the active verb here is “ir”.

The gerund of the verb seguir is “siguiendo”. You can use it in sentences with a different active verb, to indicate that the action is still ongoing and hasn’t ended yet. For example:

One more verbal left! The participle of seguir is “seguido”. We use it as a qualifying adjective for a sentence with a different active verb. For example:

“Hemos seguido estudiando porque el examen va a ser difícil” -> “We kept studying because the exam is going to be hard”. In this case, the active verb is “haber” (to have).

Great job getting through these! It’ll all feel easier from here on out. 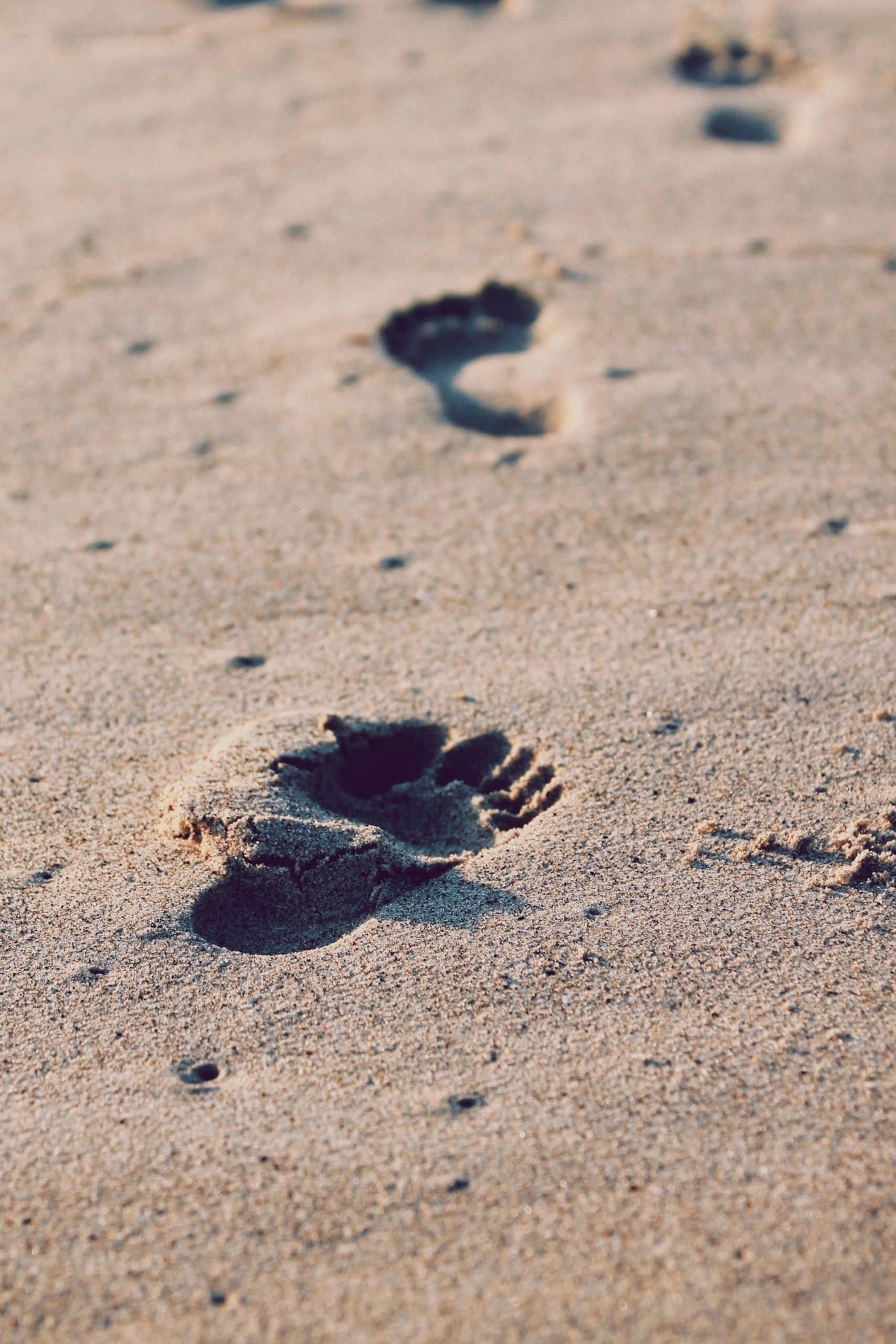 Let’s start with some beginner conjugation for seguir, so that you can navigate the verb in the present tense (presente), the past perfect (perfecto), the past imperfect (imperfecto), and the future (futuro). These verb tenses should give you a really solid foundation to build the rest on!

Keep Up the Pace: Seguir Conjugation for Intermediate Learners

If you feel like you have a good grasp on beginner seguir conjugation, let’s try moving on to something a little bit more challenging: compound verbs. The good thing about these is that the conjugation of seguir is always the same: seguido. What changes is the conjugation of the verb haber (to have) which always precedes the verb we’re looking at in compound tenses. Let’s look at three different compound tenses. El pretérito perfecto compuesto (compound perfect preterite), which deals with the present, pluscuamperfecto (pluperfect) which deals with the past, and futuro compuesto (future perfect) which, as its name indicates, deals with the future.

If you’ve gotten to this point and still want to learn more, that’s great! Let’s look at some advanced conjugation of the subjunctive tense. Subjunctive tenses are used to conjugate verbs in ways that express doubt or uncertainty. For example, you might be trying to say “if I were to follow you”, rather than “I will follow you”. For this, you’d use the subjunctive.

Finally, let’s end the conjugation lesson with some verb tenses that you can benefit from learning no matter what your current level is. Conditional tenses are really useful because they can help add nuance to the tense you’re using, allowing them to be flexible. For example, you might be trying to tell someone that you would continue doing something if certain conditions are met. The conditional is a great way to express that in Spanish. Let’s look at two forms of conditional seguir conjugation: el condicional (conditional) and el condicional perfecto (perfect conditional).

Amazing job getting this far! Seguir is a really complex verb, and if you’ve gotten to the end and are feeling confident, you’re in a really good place with your learning. If you’re up for it, try practicing some seguir conjugation through the Cloze Collection at the end of this post. The collection has been tailored to the content you’ve learned in this specific lesson so that you can put it into practice right away. Speaking of following, you can follow Clozemaster on Twitter and Facebook if you want to get regular updates whenever there’s something new on the blog.

Oh, and, in case you were wondering, the correct translation for the challenge I gave you in the introduction to this post was: “Sigue recto por dos cuadras hasta que veas una cafetería. Luego, gira a la derecha y sigue las señales para el museo.” See you in my next post!

Learning the seguir conjugation might seem daunting at first, but don’t worry, it comes naturally with practice.

Test your skills and see what you’ve learned from this article by playing a selection of sentences with forms of the verb seguir.