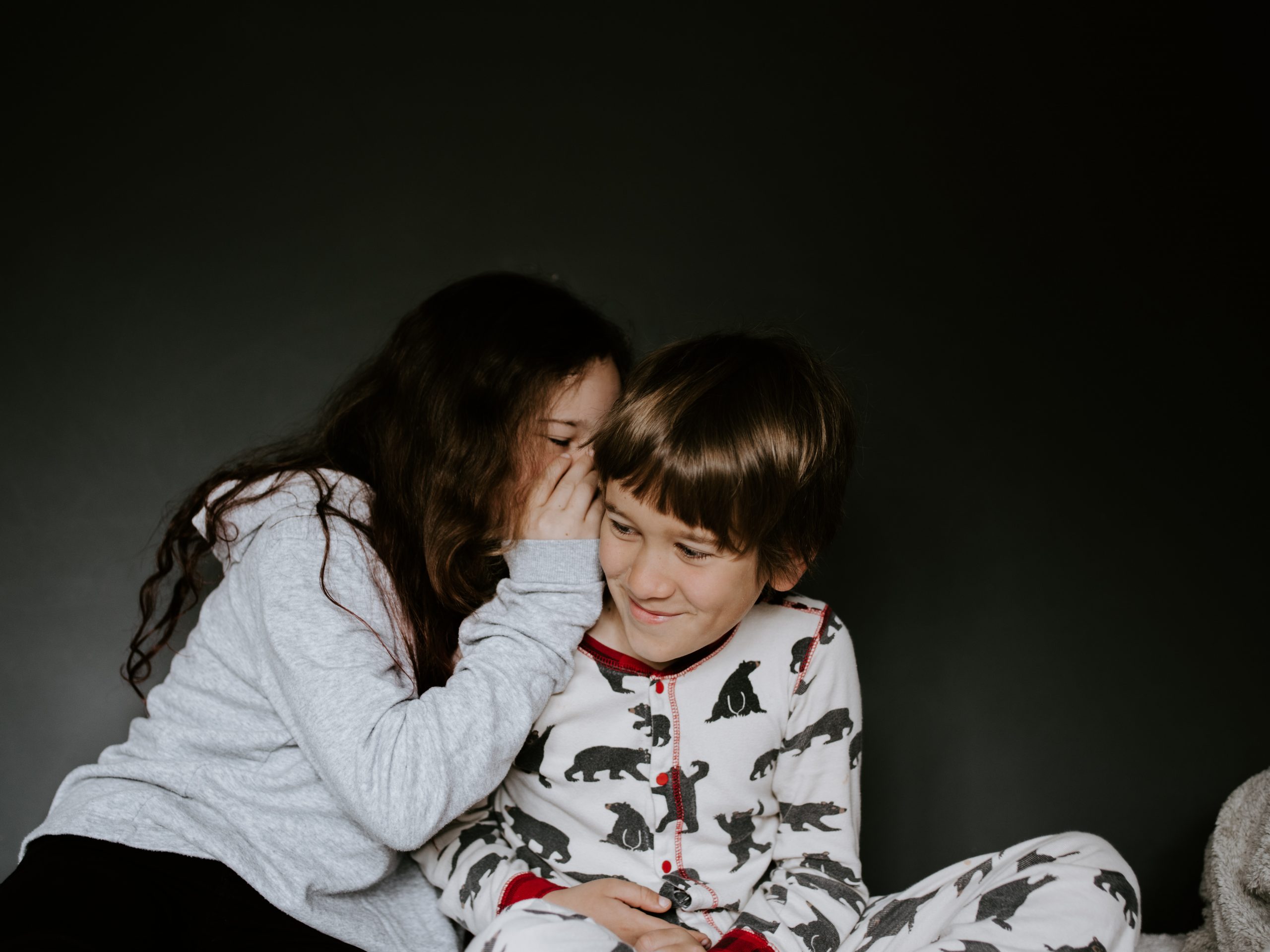 Do you ever feel like people are listening to you but not really “hearing” you? Do you struggle to make yourself understood? We get it. It’s hard to navigate conversations sometimes, especially in another language, but we’re here to help. This article will walk you through everything you need to know about the Spanish verb “oír”, meaning “to hear”, so you can hear and be heard no matter the occasion. We’ll give you an introduction to the rules around the verb “oír”, as well as go through some beginner, intermediate, and advanced “oír” conjugation tables for different tenses. We’ll also cover some of the more common Spanish expressions that use the verb “oír”, so that you can add some fluency to your vocabulary.

What Kind of Verb is Oír?

If you’ve been catching up with this blog for a while, you already know that we’re big fans of irregular verbs. Well, oír is absolutely no different. Like other irregular verbs, it doesn’t obey the common conjugation rules for verbs ending in -ir, -er, and -ar. In oír’s case, this is because the stem of the verb changes when it is conjugated according to certain subjects and tenses. Let me give you an example:

The Spanish verb compartir, meaning to share, also ends in -ir, but is a regular verb. When you conjugate it in the present tense with the yo (I) subject, it becomes “yo comparto” (I share). You’ll notice that the stem of the verb doesn’t change, remaining “compart” no matter how the verb is conjugated. This isn’t the case for oír, where certain letters are added to correctly conjugate it. For instance, to say “I hear”, you say “yo oigo”.

Unfortunately, this means that the conjugation of irregular verbs often just has to be learned by heart, but by doing the Cloze Collection at the end of this guide you’ll be sure to master oír conjugation in no time!

If you want to brush up on other irregular verbs, check out some of our guides on this blog, including the ones for “dormir” (to sleep), “venir” (to come), and “salir” (to go out).

The Difference between Oír and Escuchar

“Oír” generally refers to the sensory, embodied act of hearing, which is done through the ears (orejas or oídos). So for example, when someone asks: “¿Me oyes bien?”, they’re asking “Can you hear me alright?”

“Escuchar”, on the other hand, typically refers to the deliberate act of using your sense of hearing to understand, process, and connect, meaning to listen. So if someone asks: “¿Me estás escuchando?”, they’re saying: “are you listening to me?”

It is important to note that there are occasional moments of confusion where you would use the term ‘oír’ when you would mean ‘to listen’ in English, but as a general rule of thumb, you’re safe to use “oír” when you mean “ to hear” and escuchar when you mean “to listen”.

You’ll most likely pick up on subtle differences and exceptions as you learn, but I’ll give you an example of one right now. If you wanted to tell someone you listened to a concert, you would say “oí un concierto”, rather than “escuché un concierto”. While you could also use “escuché” and be understood, it is more correct to use “oí”.

Next, let’s move on to oír’s verbals, which can sometimes be confusing. That’s because despite their name, verbals are when verbs don’t act like verbs in a sentence. Instead, they operate as nouns, adverbs, and adjectives. We’ll go over three of oír’s verbals in this section, the infinitive (infinitivo), the gerund (gerundio), and the participle (participio).

The infinitive of the verb “oír” is simply “oír”. Easy, right? That’s because you use it in sentences when oír is just a qualifying word for another active verb.

For example: “Puedo oír al mar desde mi ventana”, means “I can hear the ocean from my window”. In this case, the acting verb is “poder” (to be able to), rather than “oír”.

The gerund of “oír” is “oyendo” (hearing). We use it when the active verb in a sentence is “estar” (to be).

For example: “Estaban oyendo música cuando sonó el teléfono”, meaning “They were listening to music when the phone rang”. This is another one of those sneaky exceptions we were talking about earlier, where you can use both oír and escuchar to mean listen.

The participle of oír is oído (heard), and we use it when the active verb in a sentence is “haber” (to have).

For example: “¿Has oído algo sobre el resultado de las elecciones?”, Means “have you heard anything about the election results?”. In this case, the verb haber is conjugated to “has” (have you), and oído remains the same regardless of how haber is conjugated.

It is also good to keep in mind that the word oído also means the ear as a whole, whereas “oreja” refers to the outer/visible part of the ear. So if someone says “tápate los oídos”, they’re saying “cover your ears”. 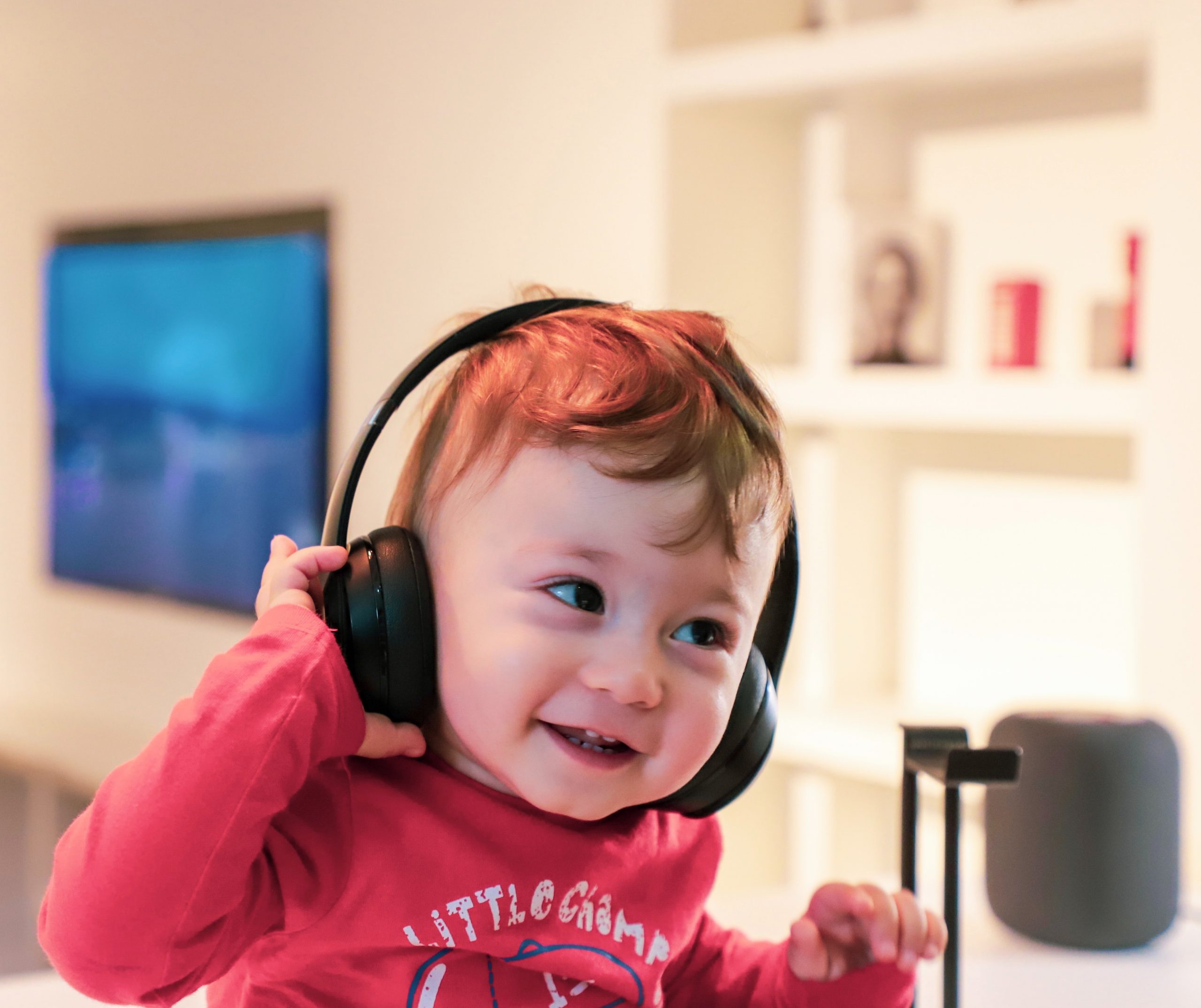 As mentioned before, the fact that oír is an irregular verb means that you might have to learn some of its conjugation rules by heart. The conjugation tables and sentence examples that follow should give you the foundation you need to start using this verb easily.

Hear Me Out: Imperative Oír Conjugation

Let’s start with something fun, for when you want to use “oír” to voice a command. Maybe you spot your friends across the street and want to call them over, or maybe you notice someone has dropped their wallet, and you want to let them know. In the imperative of “oír”, “oye” is colloquially used in Spanish to mean “Hey!” or “You there!”. Let’s explore a bit further.

Keep it Down: Beginner Oír Conjugation

Now that we’ve covered how to work with the imperative of oír, let’s go over some beginner conjugation tenses. We’ll look at the present tense, two different versions of the past tense, perfect (perfecto), and imperfect (imperfecto), and future (futuro) tense. These are quite straightforward once you get the hang of them! 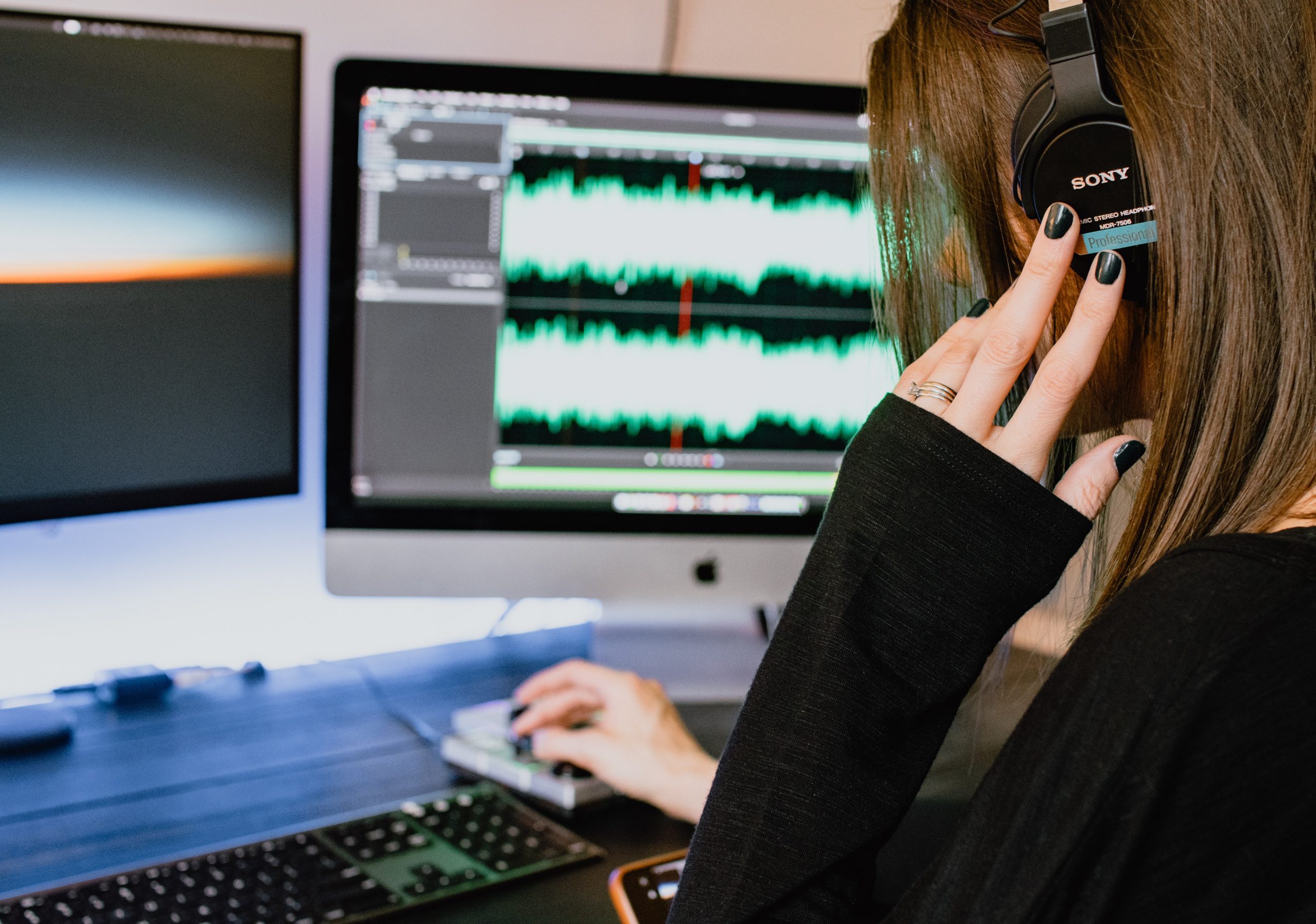 Can You Hear Me? Conditional Oír Conjugation

You’re in the final stretch now! Let’s take you through a couple ways to conjugate “oír” in the conditional tense, so that you can properly express hearing according to different circumstances. For example, you might want to tell someone you would have heard them better if their phone wasn’t broken (“Te habría oído mejor si tu teléfono no estuviera roto”). Using the conditional tense is the best way to convey this meaning, so the following tables will go over the conditional and perfect conditional tenses (condicional and condicional perfecto). 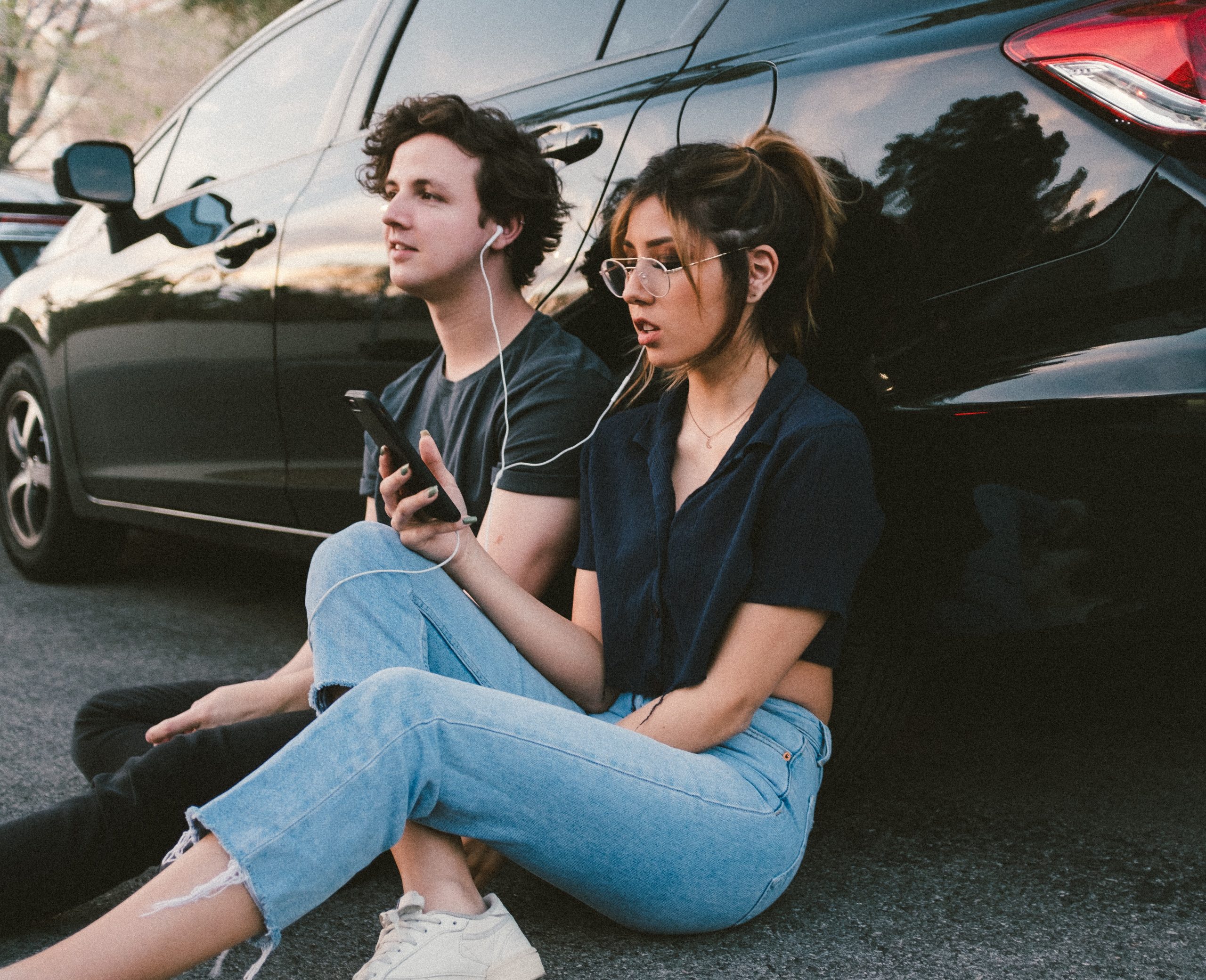 Great job getting through this post! To celebrate let’s end on something more fun. There are lots of interesting expressions and idioms that use “oír” and the vocabulary in Spanish, and learning to use them can add a lot of ease and fluency to your conversational skills. It is also interesting to note that a lot of them center on the organ of the ear (el oído), rather than the verb oír itself.

In this post, we’ve gone over some of the important fundamental conjugation skills for the verb oír at beginner, intermediate, and advanced levels. We’ve also explored some interesting expressions that use oír, and discussed the difference between “oír” (to hear), and “escuchar” (to listen). With all this information, you’re well on your way to mastering this and other irregular verbs in Spanish.

I highly recommend ending this learning session by trying your hand at the cloze collection at the end of this post, which goes over all the key lessons you went through in this post.

Now you’re ready to hear and be heard with ease!

Learning the oír conjugation might seem daunting at first, but don’t worry, it comes naturally with practice.

Test your skills and see what you’ve learned from this article by playing a selection of sentences with forms of the verb oír.