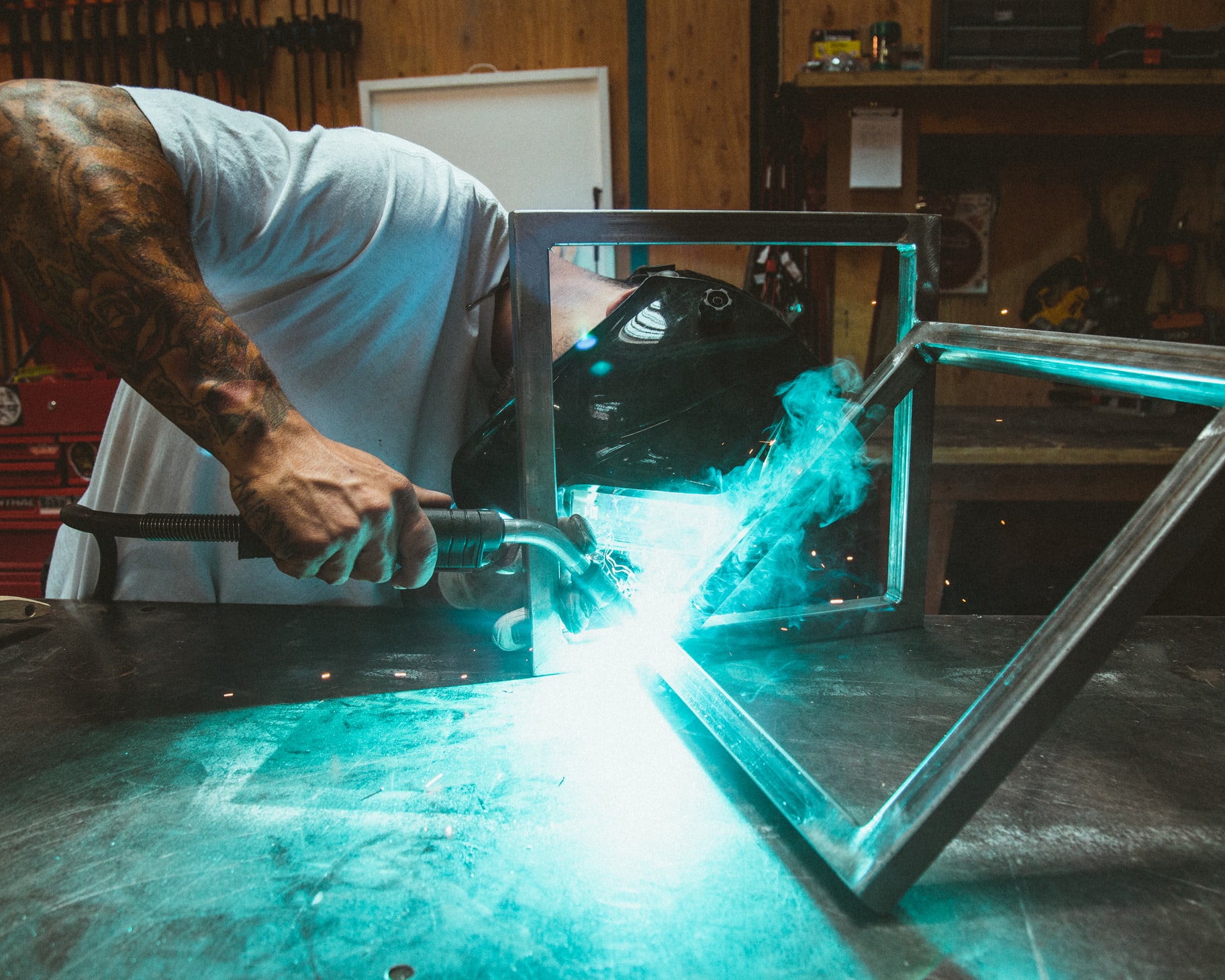 You don’t have to study French for very long to know how difficult and unpredictable the verbs can often be. The verb faire is a very irregular verb that is also essential to know in French.

The verb faire is very versatile and has a lot of meanings. Most often it means ‘to do’ or ‘to make’, but it has several other meanings. This verb comes up a lot in French is one that you will use a lot and need to know. While the verb is one of the most common in French, the faire conjugation is also quite irregular.

Faire Conjugation in the Present Tense

While the faire conjugation can be a bit tricky, it’s less complicated than the être or avoir conjugation. That being said, this is a must-know verb in French since it’s one of the most commonly used verbs in the language. Generally, you can use the verb faire in the same way you would use ‘do’ or ‘make’ in English.

Qu’est-ce que tu fais?
‘What are you doing?’

Les choix que nous faisons
‘The choices (that) we make’

While faire can mean ‘to do’ or ‘to make’ in most situations, it also has many other uses that include weather, quotations, causation and making people do things. Likewise, there are a lot of set expressions that utilize the faire conjugation.

One of the most common uses of the verb faire is for describing the weather. When doing so, the verb is always paired with the personal il and conjugated for the third person singular.

The verb faire can also be used when quoting or reporting what others say. You can often see faire in the passé simple in books when characters have dialogue.

You can also use it to talk about the sounds animals make.

You can also utilize faire the same way you do in English when talking about ‘making’ or causing someone to do something. For this, the verb faire conjugates normally and the following verb will be in the infinitive.

Cette chanson m’a fait pleurer
‘This song made me cry’

Faire Conjugation in the Imperfect Tense

While the present tense is good to know, you’ll most likely want to discuss other time periods. And if you want to discuss an ongoing action that has already come to an end, you’ll need l’imparfait (the imperfect). You’ll need this in order to talk about continuous events in the past. This form usually translates to ‘used to’ or ‘was/were.’ Putting the verb faire in the imperfect is particularly useful when you want to talk about how the weather was during an event or an action you used to do regularly.

Je faisais la vaisselle
‘I was doing the dishes’

Qu’est-ce que tu faisais?
‘What were you doing?’

Il faisait le lit
‘He was making the bed’

The Future Conjugation of Faire

Je ferai la vaisselle
‘I will do the dishes’

Elle fera une erreur
‘She will make a mistake’

Il fera le lit
‘He will make the bed’

The Verb Faire in the Conditional Form

Je ferais la vaisselle si…
‘I would do the washing if…’

Elle ferait une erreur
‘She would make a mistake’

Il ferait le lit si…
‘He will make the bed if…’

The Compound Tenses of Faire

So far, we’ve only gone over the four simple tenses of the faire conjugation. For each of these, the verb stands by itself. However, there are several other tenses that use an auxiliary verb/helping verb to make another tense. We’ll go over each one in detail.

The Faire Conjugation in Passé Composé

The most important compound tense in French is the passé composé. This is used to talk about past events, the same way that English uses the simple past (e.g. he went, you said, they came) These are normally events that happened one time. The passé composé of the verb faire is conjugated using the auxiliary verb avoir followed by the past participle of faire – fait. For the compound tenses, the auxiliary verb conjugates, but the verb faire does not.

J’ai fait la vaiselle
I did the dishes

Qu’est-ce que tu as fait?
What did you do?

Il a fait le lit
He made the bed

Elle a fait une erreur
She made a mistake

The Faire Conjugation with le Plus-Que-Parfait

Using the passé composé lets people talk about events that happened in the recent past. However, the French language has another tense to talk about events in the more distant past. This form is known as le plus-que-parfait, which is sometimes also called the pluperfect.

If you’re not a huge grammatical nerd, don’t worry. We’ll lay out exactly what the pluperfect actually is. This tense refers to an event that happened in a more distant past. In English if you talk about something in the past and need to refer to something happening before that, then you use the pluperfect. Normally this includes the verb had.

I was cycling to the cafe even though I had already drunk two espressos.

In this sentence, was cycling refers to the near past, while had drunk refers to something even earlier than the act of cycling. Generally, you can think of le plus-que-parfait as the tense that uses the verb had. In order to make the pluperfect in French, you just add the past participle fait to the helping verb avoir conjugated in the imperfect. Some forms of it with the verb faire are below.

J’avais fait la vaiselle
I had done the washing

Qu’est-ce que tu avais fait ?
What had you done?

Il avait fait le lit
He had made the bed

Elle avait fait une erreur
She had made a mistake

Nous avions fait des progrès
We had made progress

Faire in The Near Future

In addition to le futur simple (the simple future), French also uses a compound future tense with the verb aller (to go) and the infinitive. This is used to discuss events in the near future and translates to ‘going to’ in English. As with the passé composé and le plus-que-parfait, only the helping verb conjugates. Instead of using a participle though, the verb faire stays in the infinitive.

Conjugation of Faire in the Subjunctive

In addition to the verb forms we’ve already gone over, French also uses the subjunctive mood. The subjunctive isn’t actually a tense, but a specific form used to express doubt, possibility, requests and uncertainty in a given situation. Very often (although not always) verbs in the subjunctive come after the conjunction que. If you’d like to get a deeper and more in depth explanation on the subjunctive mood, you can read more about it here.

So we’ve laid out the conjugation of faire in the subjunctive mood in the table below:

The Command Forms of Faire

Now that you know the indicative and the subjunctive mood, you should also know how to use faire in its imperative forms. These are used to make commands and suggestions in a group. Thankfully, there are only three command forms to learn, so it’s not a difficult structure to master.

Fais ça
‘Do this/that’ (to one person)

Faisons partie du club
‘Let’s be part of the club’

Summary on the Faire Conjugation

So there you have it – everything you need really need to know about the verb faire and its most important conjugations. With this, you should be able to handle the faire conjugation in its most commonly seen forms. While there are other verb constructions that use the verb faire, the ones explained here are the basis of every day French. It may seem like a big undertaking but you’ll be able to see the results after a bit of practice.

Learning how to conjugate faire might seem daunting at first, but don’t worry, it comes naturally with practice.

Test your skills and see what you’ve learned from this article by playing a selection of French sentences with conjugated forms of faire. 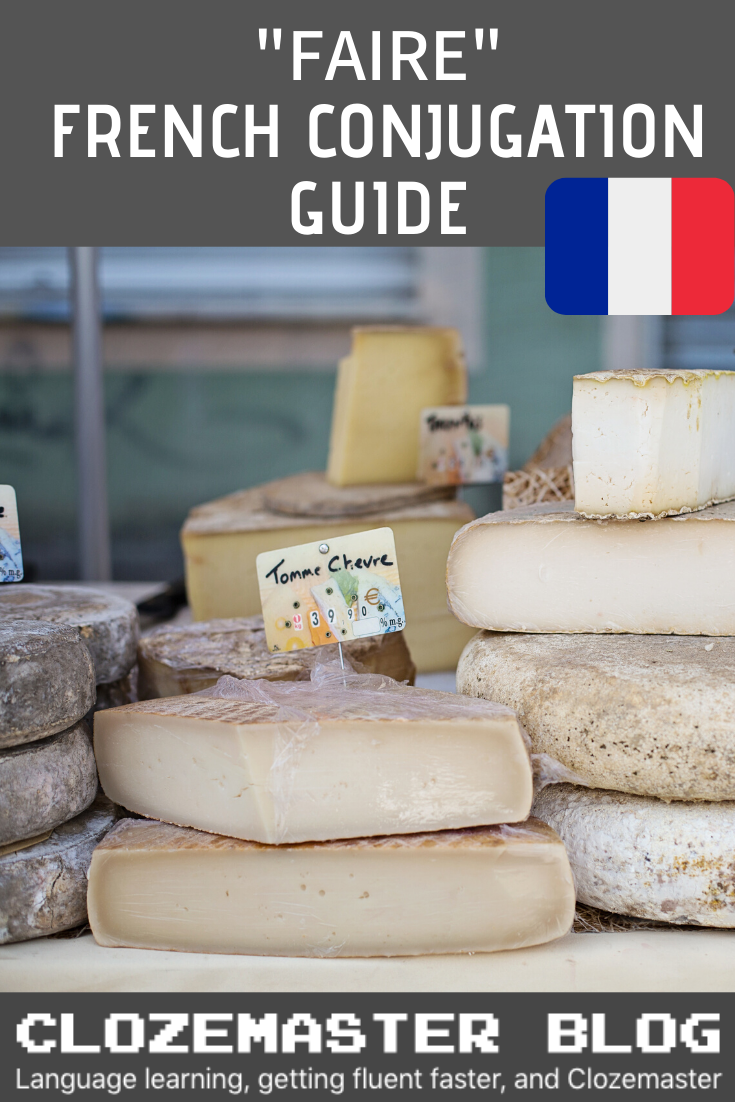