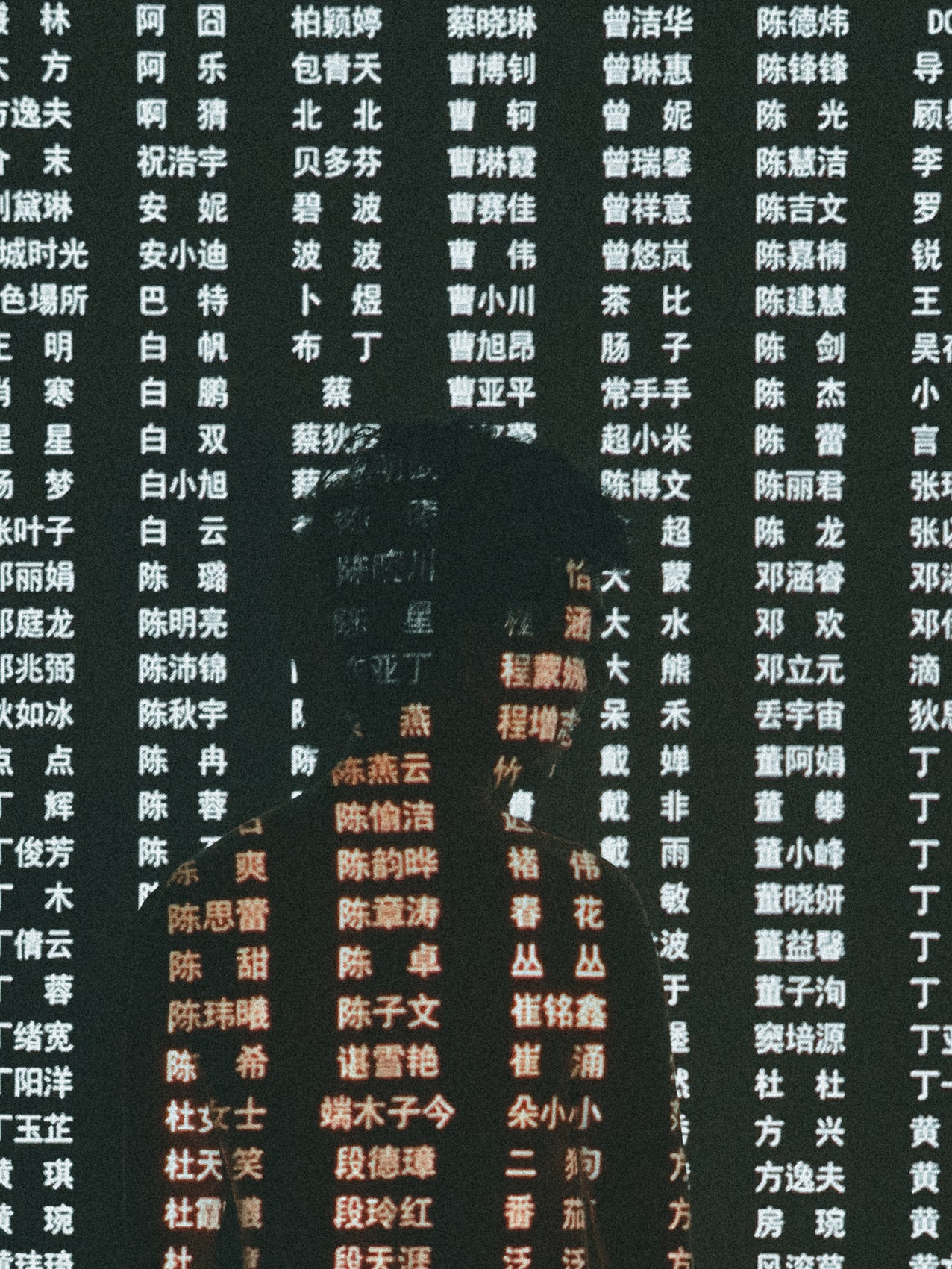 The Chinese numbers are renowned for being simple and logical. The numbers up to 9 are all one syllable long, and the counting system follows a logical and easy to remember sentence. That being said, learning Chinese numbers can still be confusing for learners. This is especially true when it comes to the higher numbers, because the Chinese have a different point of reference than Western languages.

For some reason, numbers are something I always struggle with when learning languages. I guess I’m just really not cut out for math in any format! But even I could get my head around the numbers in Chinese, so that means there is hope for anyone! Obviously, numbers are one of the most useful things to learn as you are going to come across them all the time. So this article is your complete guide to Chinese numbers, including their uses and idiosyncrasies.

The lower numbers are very straightforward to learn. Not only are they simple words, the characters are also some of the easiest to write and recognize in the language due to having only one main component each. The basic numbers in Chinese are made up of these 10 words and characters.

The Chinese numbers from 11 to 99 are also very easy to learn and remember. There are no new characters to introduce here, as they use only the ten characters from 1 to 10 with a maximum of three characters per number. The pattern is the following:

The hundreds and thousands are slightly less straightforward than the Chinese numbers up to 100, but they are still easy enough to learn. The character for “hundred” is 百 and the character for “thousand” is 千.

From the number 10,000 is where things start to get a bit more complicated. This is because the Chinese language has a singular word and character to mean “10,000”, which is 万. What this means is that once you get to 10,000, you essentially start counting all over again from there. The easiest way to understand this unit is to think that while Western languages divide our big numbers into groups of 3, the Chinese divide their big numbers into groups of 4. So our 10,000, for the Chinese is instead 1,0000.

The number yì (亿) serves the same purpose as 万 does, only it’s another 4 places to the left of the decimal point. These large units of measurement continue at each 104, but after 亿 they become more and more rare. If you’re keen to know how this keeps going, this blog post has more info.

How to find correct translations of numbers in Chinese

The above should be a good basis for you to figure out how to say any number up to the trillions in Chinese.

If, however, there is still Chinese a number you cannot figure out how to write or say, there are some great resources for you. In this website, you can enter any number and it will tell you how to say it in Chinese. You can also put the number into Google Translate and then click on the speaker to find out how it’s said. As always though, be wary of Google Translate and double check with another source, if possible.

In our article about Portuguese numbers, we mentioned how Brazilians often replace the number 6 (seis) with the word half (meia) when reciting a sequence of numbers, due to its pronunciation being so similar to the number 3 that they can get mixed up.

Interestingly, a similar phenomenon exists in Chinese with the number 1. Over the phone, it is easy to confuse yī (1) with qī (7). The solution for this is to use yāo (幺) to mean 1. So when people recite phone numbers or a sequence of numbers, they are much more likely to say yāo than yī.

The two 2’s in Chinese Numbers

Chinese has two characters which both mean 2 – 二 and两. Although they are translated the same in English, they have two different uses. 二 is used for counting and math, while 两is used with objects. So if you are doing an equation, use 二, but if you are talking about two dogs, spoons, or houses, use 两.

If you’ve ever travelled to China or a country with a significant Chinese background, you might notice that the 4th floor is almost always skipped in buildings. You’ll likely see 一，二，三，and then 五. Not only that, but every number containing the character 四 is usually excluded. This is because the number 4 is considered extremely unlucky in Chinese because its pronunciation is very similar to that of the word for death, which is 死 (pronounced sǐ). Many Chinese therefore go to great lengths to avoid using this number in their daily lives. On the other hand, the number 8 is considered extremely lucky in Chinese. You can learn more about lucky and unlucky Chinese numbers here.

One thing associated with Chinese numbers that can be very confusing is the classifiers, also known as counter words. These are particles that are popped in between the number and the noun every time an object is counted. In English, we sometimes categorize words in a similar way, by saying things like “three cups of coffee” and “four pairs of shoes”. In Chinese, however, every number + noun pair requires a classifier. It can be very difficult for native speakers to interpret your sentence if you miss it out.

If there’s only one of something, you can leave out the number 1 but still should use the classifier. This is the equivalent of “a” in English.

There are hundreds of different classifiers in Chinese. Each classifier categorizes a group of similar objects, usually based on their shape or their use. For those objects that don’t fit into any of those categories, the generic classifier “个|ge”can be used.

A more in-depth explanation of the classifiers can be found here, but here are some example sentences with classifiers:

How to learn the Chinese number characters

If you struggle with learning characters, the good news is that there are really not many number characters to learn at all, and they are all relatively basic. In fact, all the way up to a trillion, the Chinese numbers use only 15 different characters. If you’re just starting out with learning Chinese characters, the numbers are therefore a great place to start to get used to the shape and stroke order of the characters. This website is a good place to get started with practising to write them.

A good way to quickly remember Chinese numbers is to use the catchy Chinese multiplication rhyme or song. This is a method of learning the times tables which is designed to be efficient and easy for kids to remember. You can see some examples of the songs here and here.

With the info you’ve learned in this article, you should be able to go out there and haggle for prices in Chinese, recite your phone number, and talk about how many you have of anything.

If you need to keep practising your Chinese consistently to make sure it sticks, be sure to try Clozemaster – it’s free, fun and easy! 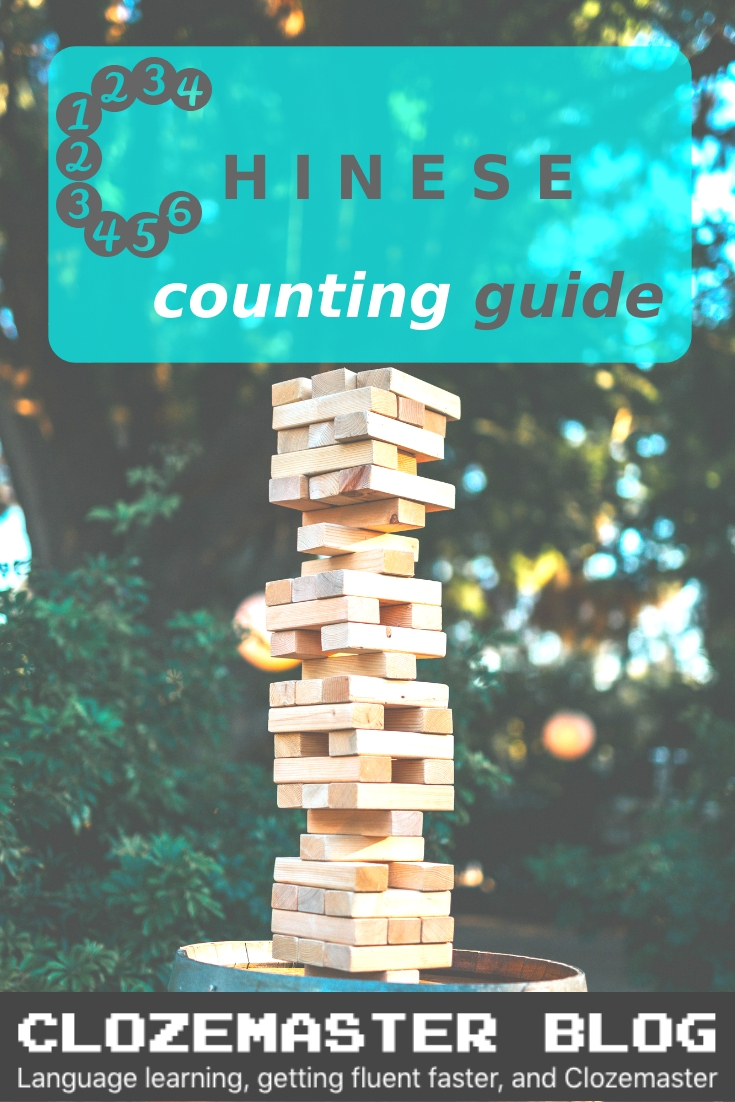 1 thought on “Everything You Need to Know about Chinese Numbers”