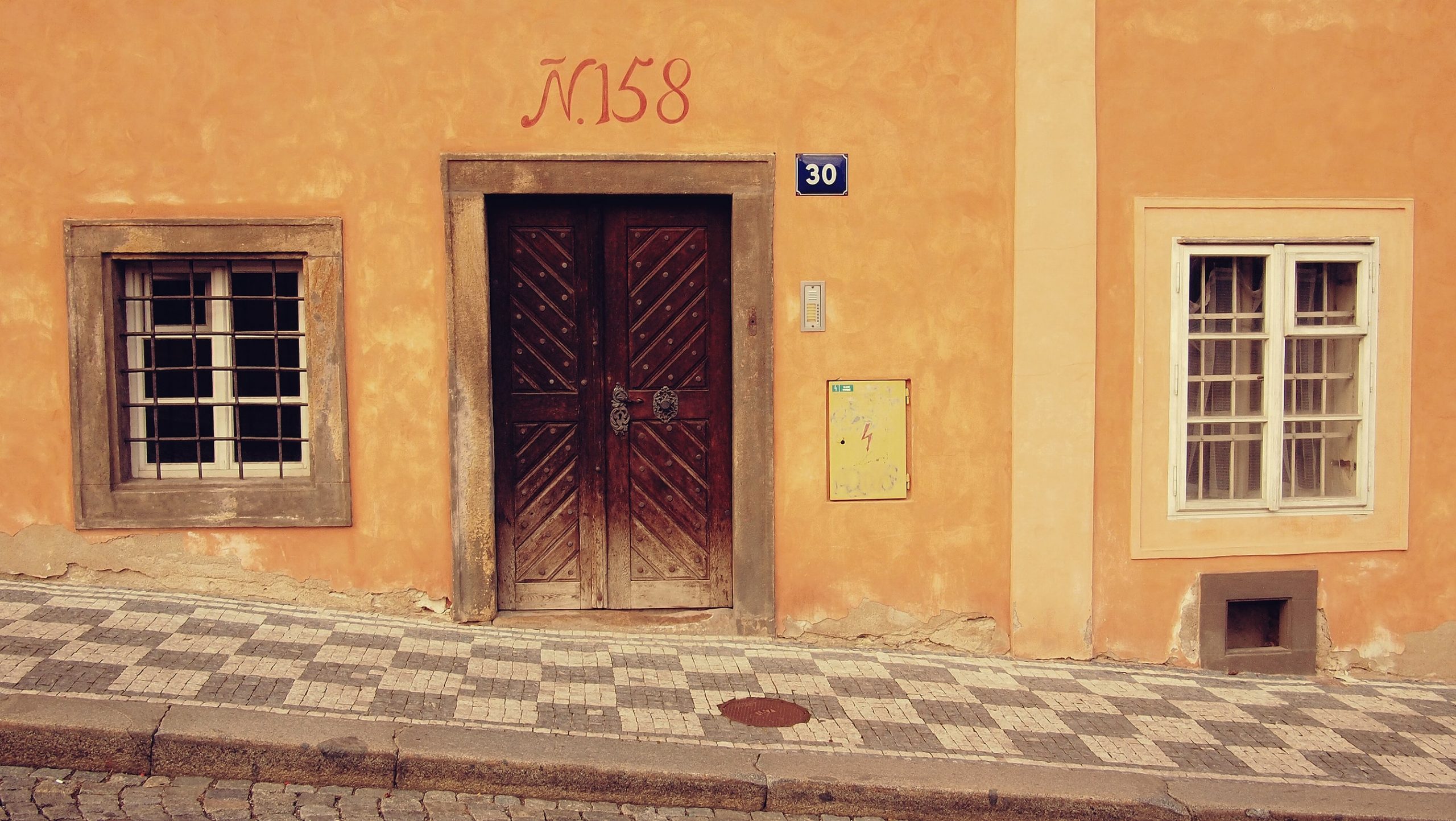 If you’re learning a foreign language knowing the numbers is essential to go shopping, tell people about your telephone number, your birthday, or to talk about the date. Italian numbers are pretty easy to remember and follow a simple and predictable pattern. Let’s start with the basics and by the end of this article you’ll be able to use and construct Italian numbers to one billion and up!

Let’s see first how to count from one to ten. It’s not that difficult to remember these Italian numbers as some of them resemble the English ones.

Italian cardinal numbers never change according to the gender and number of the name they refer to. The only exception is uno, the number one. So, if referring to a feminine name, you will use the feminine suffix -a and say una instead:

Sometimes the feminine “una” drops the final -a and is shortened in un’, when the following feminine name begins with a vowel. Remember that this only happens with feminine nouns.

Ho solo un’arancia in frigo.
I’ve only got one orange in the fridge.

After twenty, Italian numbers are pretty straightforward and are easy to form and remember. However, you need to learn the numbers from 1 to 19 by heart. After ten, the numbers keep a part of the root in some cases. For instance, undici (eleven) is similar to uno (one), and tredici (thirteen) is similar to tre (three) Let’s see how to count from 11 to 20:

Cardinal numbers in Italian can be used to indicate a quantity or a price, to tell the date and the time. Instead of saying 5 PM, Italians may use the number 17. For instance:

Once you know how to count to twenty, you can build all the other numbers by using the base number, for instance venti (20), and adding any number from one to ten to create ventuno (21), ventidue (22), ventitré (23) and so on.

Tre (3) is written without an accent, but when it’s the smaller digit of numbers such as ventitré (23), trentatré (33) quarantatré (43) and so on it is written with an acute accent.

In Italy, you can sometimes hear people using random numbers – for instance ottantadue (82) or sessantotto (68) – to refer to the correspondent year and talk about past events. 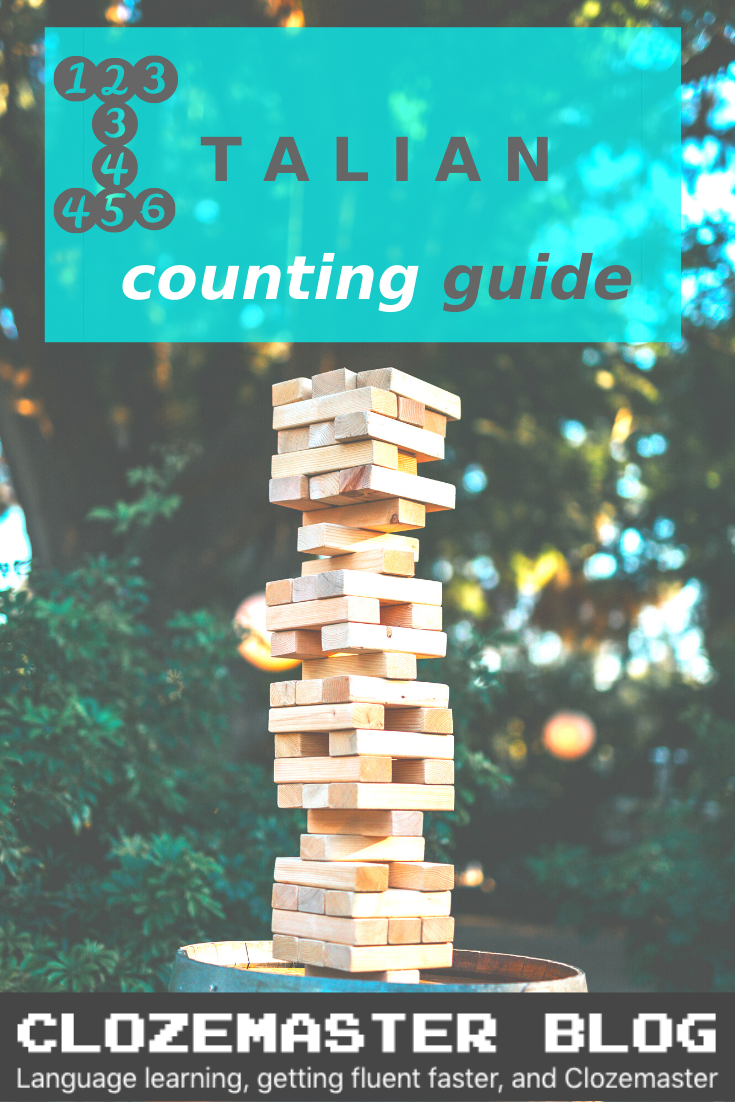 Ho speso trecento euro per quel vestito.
I paid 300 euros for that dress.

Unlike cento, which remains unchanged, mille (1000) has the plural form mila.

Milione (million) and miliardo (billion) also have a plural form which is milioni and miliardi.

A Roma ci sono 3 milioni di abitanti.
In Rome, there are 3 million inhabitants.

Italian ordinal numbers are used to put things “in order” and are the equivalent of the English “first, second, third”, and so on. After 10 they are very easy to form, so you just need to memorize the ordinal numbers from one to ten:

Domani andrò a Milano per la terza volta.
Tomorrow I will go to Milan for the third time.

Due terzi della popolazione sono soddisfatti dell’operato del governo.
Two thirds of the population are satisfied with the government actions.

After ten, ordinal numbers are simply formed by adding the suffix -esimo to the cardinal number. You will need to drop the last vowel of the number and simply add –esimo. For instance, to say “eleventh” in Italian, you will drop the final vowel in undici (11) and add –esimo: undic-esimo.

I risultati saranno pubblicati il cinquantesimo giorno dopo l’esame.
The results will be published the fiftieth day after the exam.

The only exception includes numbers ending in –tré. Those numbers will just drop their accent and remain unchanged when –esimo is added:

Sono il quarantatreesimo in fila alle poste.
I’m the 43 rd in the waiting line at the post office.

Learning numbers is an essential part of studying any language. Forming Italian numbers isn’t difficult, it just requires a little practice. Now you have everything you need to know to count to 1 billion and up, so next time you won’t be afraid to ask the price when you’re shopping or eating at a restaurant in Italy!

Learning Italian numbers might seem daunting at first, but don’t worry, it comes naturally with practice.

Test your skills and see what you’ve learned from this article by playing a selection of sentences with Italian numbers. 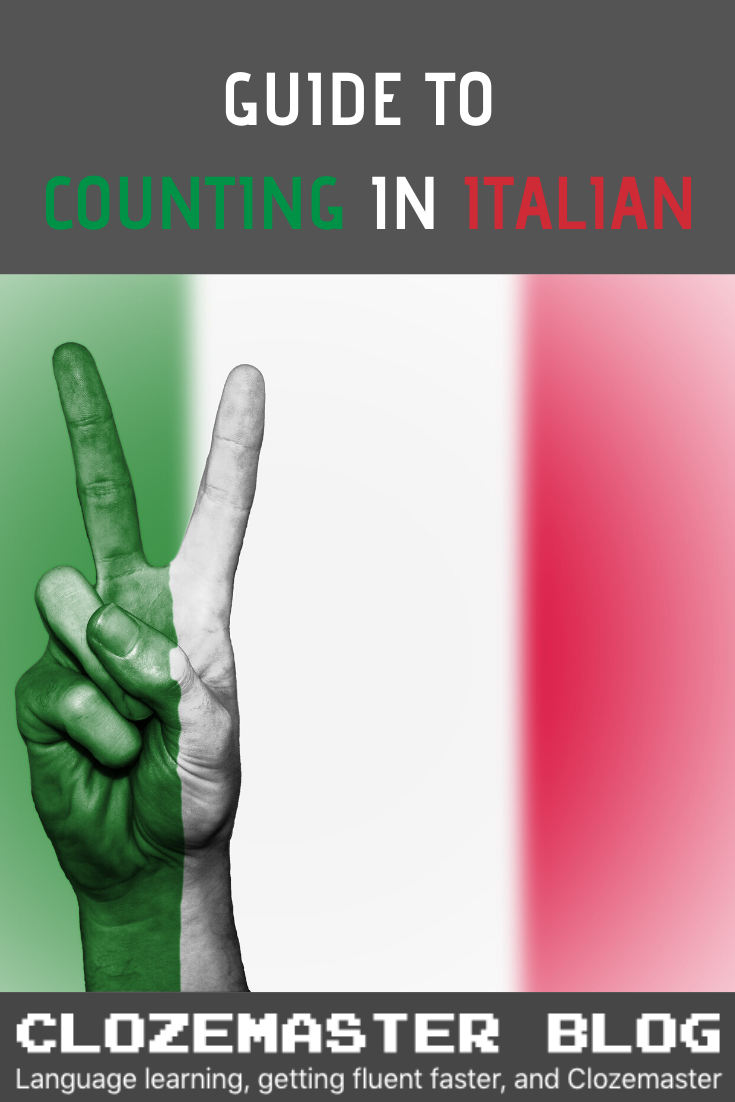