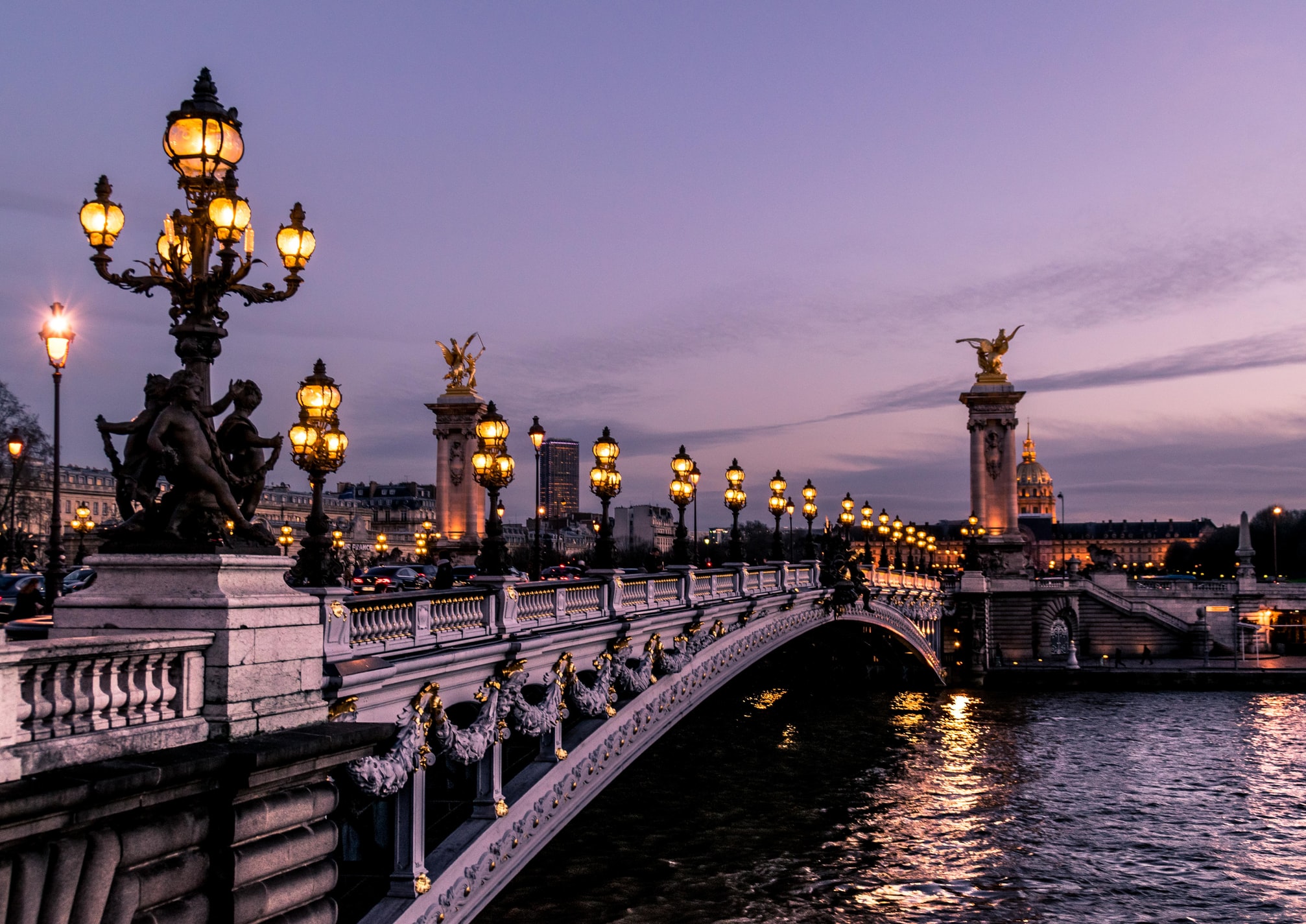 The French language has its fair share of quirks. One that you’ll face as soon as you start learning the language is the weird and irregular verb être. The verb simply means ‘to be’ and is used the same way we use it in English. As such, it’s a pretty important word for learning French. However, while the verb être is one of the most common verbs in French, the être conjugation is also one of the most irregular.

Être Conjugation in the Present tense

First let’s look at the être conjugation in le présent (the present tense):

Looking over the conjugation of être, you might be wondering how this is one verb. A lot of its forms in the present tense look entirely unrelated. However, since être is such a common verb in French, it shouldn’t take you long to get a hold of its unusual conjugation. And as we said, the verb être is really important to know, because it can be used for so many different things. This includes states of being, profession, and location. We’ve provided some examples below, so you can familiarize yourself.

The verb is also important because in French, it’s also used to express the passive voice and as an auxiliary verb, like avoir. That means that être will be used to help make other verbs in compound tenses. This is similar to has/have in English, as in ‘I have seen him’ or ‘he has been there.’

Être Conjugation in the Imperfect Tense

Of course you’ll probably want to discuss things in more than just the present tense. If you want to talk about an ongoing action that has ended, you’ll need l’imparfait (the imperfect). This is used to refer to continuous events in the past and usually translates to ‘used to’ or was/were. Thankfully, in the imparfait, the conjugation of être is much more regular. Unlike the present tense, all of these verbs have the same root (ét) and conjugate it like most imperfect verbs.

The Verb Être in the Future

Now let’s say that you want to discuss a future event. There’s good news and bad news. The bad news is that you’ll need to get familiar with a new verb stem. In the future tense, être is conjugated from the stem ser-. The good news is that the endings are regular and match those of other future tense verbs in French.

French also employs what’s called le conditionnel (the conditional). This is used when English would use the word would and often comes alongside the word si (if). And in the conditional form, there’s only good news. You already know the verbal stem ser- and the verb endings are the same as the imperfective tense.

Compound Tenses for the Verb Être

We’ve discussed four simple tenses of the être conjugation, where the verb stands by itself. However, there are several other forms that use auxiliary verbs/helping verbs to make compound tenses. We’ll discuss each one.

In French, people regularly used the passé composé to talk about past events. These are normally events that happened once. In the passé composé, être is conjugated with the conjugated form of the auxiliary verb avoir followed by the verb’s past participle form: été.

While the passé composé allows people to talk about past events, the French language has another tense for discussing even more distant ideas. This is le plus-que-parfait, which you might also know as the pluperfect.

If you’re not familiar with grammatical jargon, don’t worry. We’ll break it down for you. The pluperfect refers to an event that happened in a more distant past. In English if you talk about something in the past and need to refer to something happening before that, then you use the pluperfect.

I was walking to the restaurant even though I had already eaten.

In this sentence, was walking refers to the near past, while had eaten refers to something even earlier than the walking. Generally, you can think of le plus-que-parfait as the tense that uses the verb had. To make it, you just add the past participle été to avoir in the imperfect. The forms in French are below.

Être in the near Future

In addition to le futur simple (the simple future), French also uses a compound future tense with the verb aller (to go) and the infinitive. This is used to discuss events in the near future and translates to the idea of ‘going to’ in English.

Être as an Auxiliary Verb

All of the compound tenses we’ve mentioned up to this point have involved another auxiliary verb. However, oftentimes être acts as a helping verb to talk about the past tense.

While most verbs use avoir as their auxiliary verb to form the passé composé, there is a large group that uses être instead. Normally, these are intransitive verbs/verbs with no direct object.

Être – Conjugation for the Subjunctive

So here’s the conjugation of être in the subjunctive mood:

To have a full understanding of the être conjugation, you should also know how to use it as a command. Thankfully, you don’t have to learn anything new since the command forms of être are the same as the subjunctive form.

Summary on the Être Conjugation

So there you have it – everything you really need to know about the verb être and all of its conjugations. With this you should be able to manage four of the simple tenses and the four of the compound tenses that use être. At the same time, this should give you some idea about the present subjunctive and command forms of the verb. While there are other verb constructions that use the verb être, these are the basis of every day French. It may seem like a big undertaking but you’ll be able to see the results after a bit of practice.

Learning how to conjugate être might seem daunting at first, but don’t worry, it comes naturally with practice.

Test your skills and see what you’ve learned from this article by playing a selection of French sentences with conjugated forms of être. 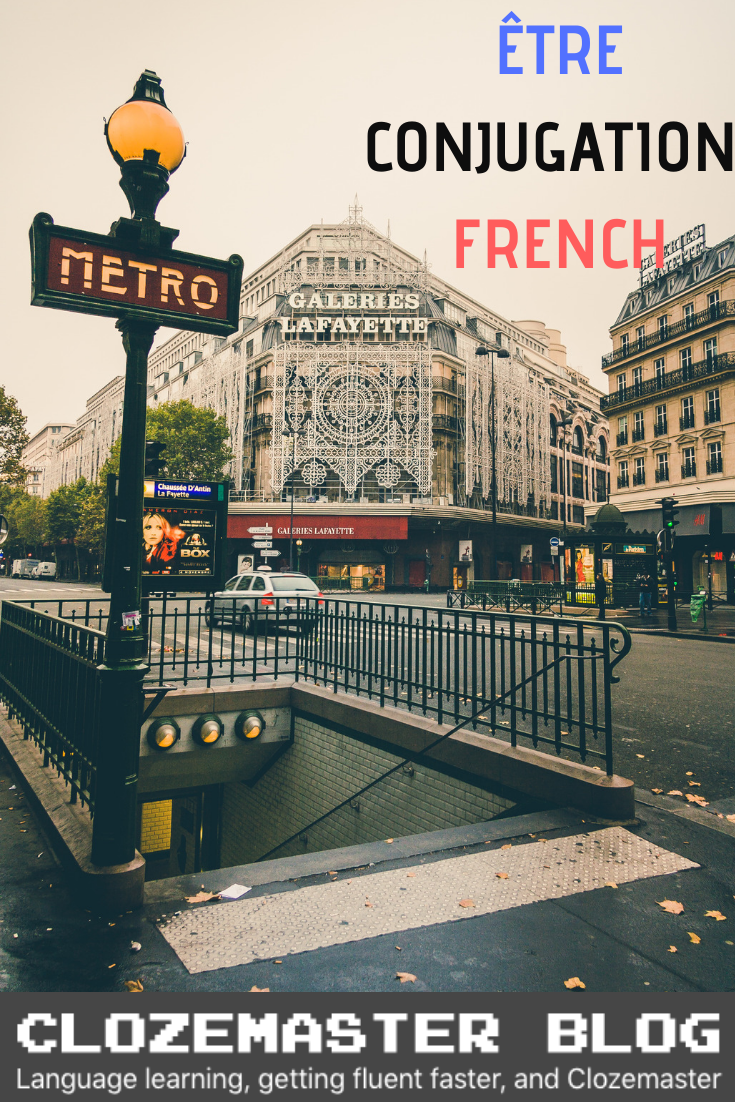 2 thoughts on “Getting Comfortable with the “Être” Conjugation in French”