Learning a second language can be one of the most enjoyable and rewarding experiences you can have. The first time you find yourself having a real conversation with a native speaker can be truly magical. It’s the moment that you realize all your hard work has paid off.

However, reaching this level of fluency requires focus and effort that is almost impossible to sustain over a long period of time. No matter how passionate you are about your second language, life will inevitably get in the way of your studies. Maybe you’ve just graduated from high school and are starting a new job. Maybe you’ve got a young family to look after. Whatever the reason, you no longer have enough free time to study.

You decide to take a few days off… just until things settle down.

Soon, a week becomes a month, then a month becomes six months. Before you know it, it’s been years since you’ve opened your textbook. You start to worry that all your hard work and dedication has gone to waste. 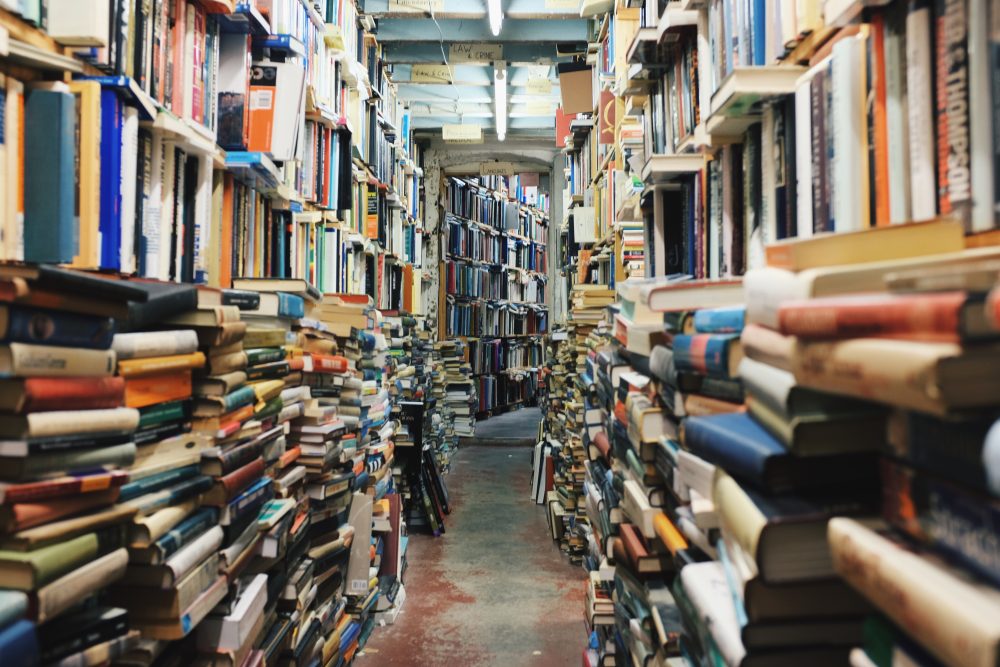 1. Start From The Beginning (But Move Quickly)

If it’s been more than a few months since you last studied, it’s a good idea to go back and start from the beginning. Take out your textbooks, notebooks, and study apps, and start skimming through exercises you’ve already completed.

It might seem like a waste of time to start again from the beginning, but reviewing your previous studies has three important advantages:

It’s important to remember that you don’t need to spend too much time reviewing previous exercises. Don’t worry about redoing writing exercises – speaking them aloud is fine.

2. Focus On Building Your Vocabulary

After returning from a long break, you’ll most likely find that you still have a decent grasp of common grammar rules. This is because grammar is like a web – it’s an interconnected system that’s constantly being reinforced every time you read, write, speak or listen to a sentence.

On the other hand, vocabulary is a perfect example of the saying “If you don’t use it, you lose it.” Vocabulary is much more isolated and requires focused repetition to strengthen the neural connections that allow you to quickly recall words. You’ll probably find that words you frequently used are now a little harder to recall, words that you sometimes used are now difficult to recall, and words that you rarely used have now completely disappeared.

When starting fresh with a second language, it’s a good idea to quickly skim through a textbook and review grammar rules, while spending the majority of your time rebuilding your vocabulary.

One of the most effective ways to review old vocabulary is to use a spaced repetition system. Take out your old notebooks and go through all the words that you’ve previously studied. If you remember the word perfectly, put it in a group for review at a long interval (eg. next month). If you remember the word but you’re not completely confident, put it in a mid-term review group (eg. next week). If you’ve completely forgotten the word, put it in a short-term review group (eg. every day).

When using an app to study vocabulary, it’s a good idea to look for an app that has a built-in spaced repetition system.

3. Try A Different Method Of Study

If your most recent language learning experience was in high school, it’s completely understandable that you wanted to take a break from study. Even the most dedicated student can be worn down by boring textbooks and dull teachers.

Fortunately, returning to language study after a long break gives you a perfect opportunity to try some more interesting methods of study.

To jump-start your listening study, try listening to some radio in your native language. Radio Garden is a website that lets you access local radio stations from all over the world on any almost any device.

If you prefer studying with video, YouTube offers a wide selection of free language courses in just about any language. Here’s a list of the Top 100 Language Learning Channels on YouTube.

If you’d rather practice writing, The Great Translation Game is a great way to learn to write fluently in the language you’re learning. You can use native-level content that you’re actually interested in and and get instant feedback as you write – all that while playing an engaging game.

To review your speaking skills, there’s nothing better than practicing conversation with a native speaker. Check out your local college, university or community center to see if there are any foreign exchange students interested in a language exchange. If you’d prefer to study at home, language exchange websites such as Speaky, Coeffee, and LingoGlobe let you chat with native speakers from around the world.

Numerous studies have shown that motivation is a key factor for language learning success. Students who have a definite goal for studying a language will almost always outperform students who study for no particular reason. When you’re returning to language study after an extended break, setting a long-term goal can help you quickly get back on track.

When you’re tired, frustrated, or just don’t feel like studying, focus on your goal and you’ll find that studying becomes much more enjoyable. 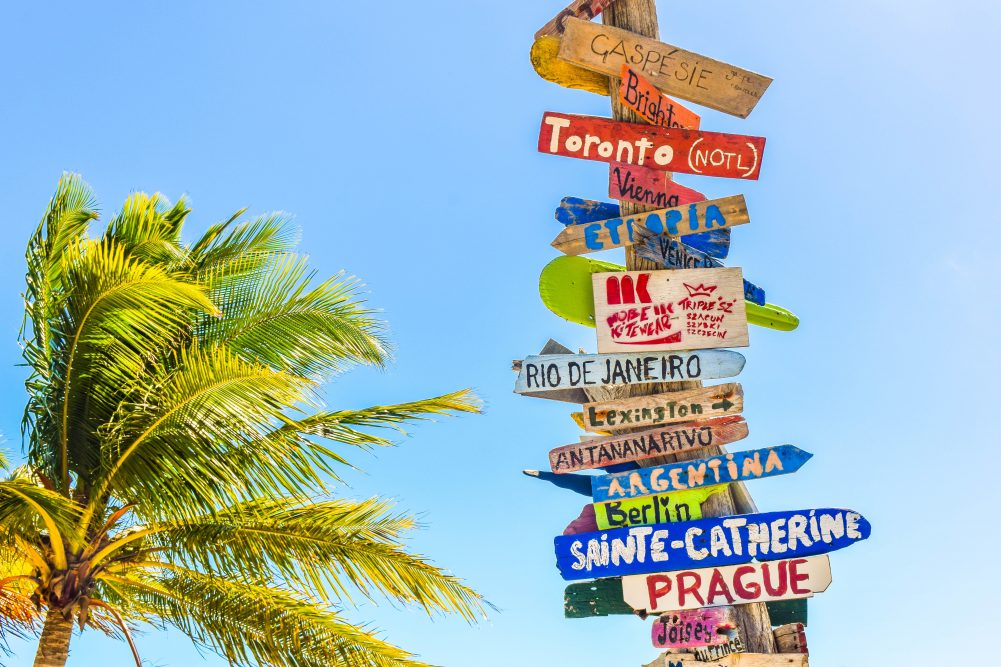 5. Reward Yourself With Short-Term Goals

Long-term goals are important for motivation, but short-term goals are great for giving you a quick jumpstart after a long break. Short-term goals should be simple, and the most effective goals usually include a reward. For example, you could reward yourself by drinking a glass of Italian wine after completing a chapter of your Italian textbook or downloading a new K-Pop album after passing a Korean writing test.

Studying vocabulary is an easy way to set short-term goals because your results are easy to measure. For example, you can set a reward for learning 100 new words and getting a perfect result on a vocabulary test.

Vocabulary apps such as Clozemaster which come with built-in gamification make it easy to set goals and fun to achieve them. With detailed progress tracking and scoring, you will always know where you are in relation to your goal. One idea for a short-term goal using Clozemaster would be to reward yourself for getting top spot on your target language leaderboard.

What’s more impressive than becoming fluent in a foreign language?

Speaking multiple languages may seem like a fantasy, but polyglots such as Benny Lewis and Luca Lampariello have shown that it’s possible to learn many different languages to a high level. In fact, many people believe that your first language learning experience is always the hardest. Once you’ve studied a second language, it becomes easier to study a third, fourth or even fifth language.

If you’re returning to language study after a long break, one of the best ways to reignite your passion for learning is to try a new language.

You could try learning a language that has a similar origin to your second language. For example, If you previously studied French, you could try another Romance language such as Italian, Spanish, or Romanian.

If you really want to be unique, you could try learning a rare language such as Amharic, Guarani, or Occitan. Imagine how impressed your travel companions will be when your order a bowl of Beshbarmak in perfect Kazakh while backpacking through Central Asia!

If you want to get a feeling for which other languages might interest you, take a look at Clozemaster’s free app which offers more than 50 languages for you to try (including Amharic, Guarani, Occitan, and Kazakh).

In his 1703 work Moral and Religious Aphorisms, English scholar Benjamin Whichcote claimed “There is no better way to learn than to teach”, and this is particularly true for languages.

Teaching your second language to a complete beginner can be a great way to review and reinforce the foundations of that language, especially after taking a long break from study. If you’re concerned that you don’t have the necessary skills to teach, you’ll be happy to know that you don’t need to be a master of the language to be a teacher.

If you’ve got young children, teaching them basic vocabulary such as numbers, colors and animals can help them become interested in foreign languages and cultures while giving you a fun and easy way to get back into study. Volunteering at a local beginner’s language class can help you reinforce your conversation skills while contributing to your community. If you’d prefer to stay at home, you might consider contributing to language forums such as Linguaholic, Reddit, and Unilang by answering questions posted by complete beginners.

The Best Way To Review Vocabulary

If you’re planning to return to language study after a long break, you’ll need an effective way to rapidly review old vocabulary. With its unique system that helps you master languages through mass exposure to vocabulary in context, Clozemaster is the app of choice for thousands of language students. Check it out at www.clozemaster.com.