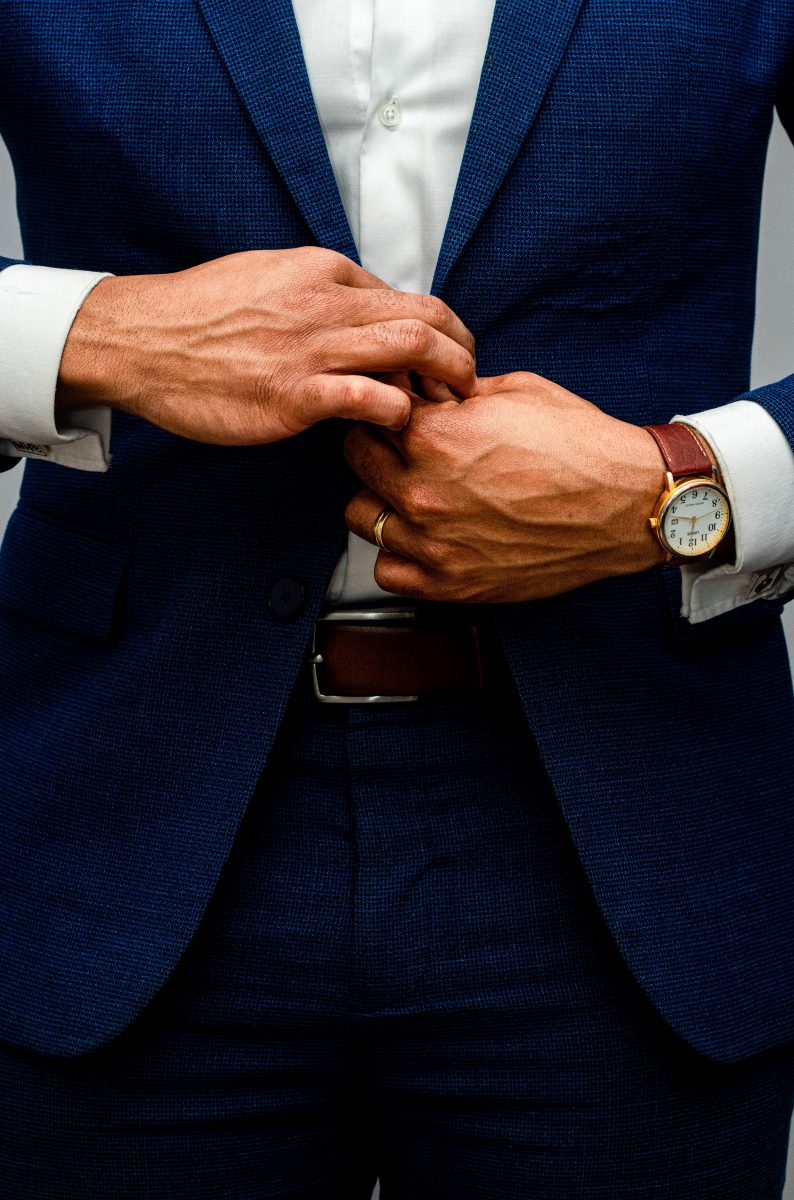 What’s your favorite piece of clothing? Do you love or hate shopping for new clothes? Are you a fashion expert? Whatever your answer to these questions, clothes are a part of our daily lives. That is why we’ll be focusing on the conjugation of the verb “vestir” or “to dress/get (someone) dressed” or “to wear” in Spanish.

Below, we’ll go over the vestir conjugation. We’ll start you off easy, just like your parents did when teaching you how to get dressed. We’ll also include some extra information at the end of the article. Are you ready to find the perfect style?

What kind of verb is vestir?

Just in case, we should note that vestir always refers to the “put your clothes on” meaning of the verb “to dress.” We are not dressing any salads here.

Vestir is an irregular verb, as it does not follow the usual pattern for Spanish verbs ending in “-ir.” To be more exact, vestir is a stem-changing verb, just like conseguir or servir, as only the last vowel of the stem tends to change. In some forms of the verb vestir, the “e” in “ves” changes to “i.”

You can take a deeper look at stem-changing verbs in this article.

In the first sentence, a person is dressing a doll. In the second one, the dressing is done to oneself. You’ll find a detailed explanation here if you are still unsure about reflexive verbs.

Now that we’ve covered what type of verb vestir is, let’s dig into its conjugation. We’ll start by looking at its verbals: the infinitive, the gerund and the participle. Verbals function as nouns, adjectives and adverbs instead of as actual verbs. This may sound complicated, but once you go over the examples below, you’ll see that you’re up to an easy start with the vestir conjugation.

It’s worth noting that the word “vestido” has another meaning in Spanish. It works as a noun that refers to the item of clothing called “dress.” Quite similar to English here, right?

Vestir conjugation for all levels

Ready to learn how to get dressed on your own? There are ten tenses in the indicative mood in the Spanish language. In this section, we’ll go over the most common and simplest forms for the vestir conjugation: presente (present), pretérito imperfecto (imperfect preterite, a form of the past tense), pretérito perfecto (perfect preterite, another form of the past tense) and futuro (future).

We’ve also added a column for the self-referential pronoun, so you know how to form the reflexive version of vestir.

We should point out that the verb vestir shares some conjugation with the verb ver (to see). These include “viste” and “viste.” Review the ver conjugation in this article.

It’s time to take your dressing skills to the next level. In this section, we’ll focus on the compound tenses of the vestir conjugation in the indicative mood.

Below you’ll find the pretérito perfecto (preterite perfect), pluscuamperfecto (pluperfect) and futuro compuesto (future perfect) tenses for vestir. You can also look at our haber conjugation article for some extra help.

It’s time to hit the catwalk! In this section, we’ll kick things up a notch by covering the subjunctive mood. This Spanish mood is rather abstract; it is used to express doubts, emotions, desires, and the unknown. Below, we’ll look at its presente (present), imperfecto (imperfect) and futuro (future) tenses for the vestir conjugation.

The subjunctive future is rarely used in speech nowadays, and you are more likely to find it in literature or legal contexts. That is why we haven’t added a conjugation example for the vestir subjunctive future here. However, we still think it’s good for you to know it exists and what it looks like.

The verb vestir sure has its fair share of multiple meanings. Did you know “vista” can be a conjugation or the verb or a noun meaning “view”? And “vistas” the plural “views”?

If you are aiming for Paris fashion week, we have some more tenses for you. In this section, we’ll look into the condicional simple (simple conditional), the condicional compuesto (conditional perfect), and the imperative.

Regarding the imperative, the self-referential pronoun comes after the verb as a part of it. Don’t worry; we’ll see an example after the table.

If you want more information on conditional tenses, check out this article.

Bonus verbs: getting dressed and undressed

Spanish has several verbs when it comes to getting dressed (and undressed). We’ll take a look at these below.

Ponerse (to put sth on)

This verb can mean “putting (something) on.” Let’s see at a couple of examples:

Learn more about the verb poner in this article.

In Spanish, there i s a verb just for putting on your shoes, what shoes you’re wearing, or stating your shoe size!

You can find the conjugation for calzar here and calzarse here.

Abrigarse (to cover up/put a coat on)

There is also a verb for putting on extra layers for warmth.

Find how to conjugate this verb on this page.

On the other end of the spectrum, we have “desvestir/se” for undressing or getting undressed.

This verb has the same conjugation as vestir. It just adds the “des-” prefix. You can take a look at how Spanish prefixes work in this article.

Finally, there is a verb for when you get completely naked.

You can find the full conjugation for this verb here.

We hope this guide on the vestir conjugation has proven useful and answered any questions you had regarding this verb.

Learning the vestir conjugation might seem daunting at first, but don’t worry, it comes naturally with practice.

Test your skills and see what you’ve learned from this article by playing a selection of sentences with forms of the verb vestir.