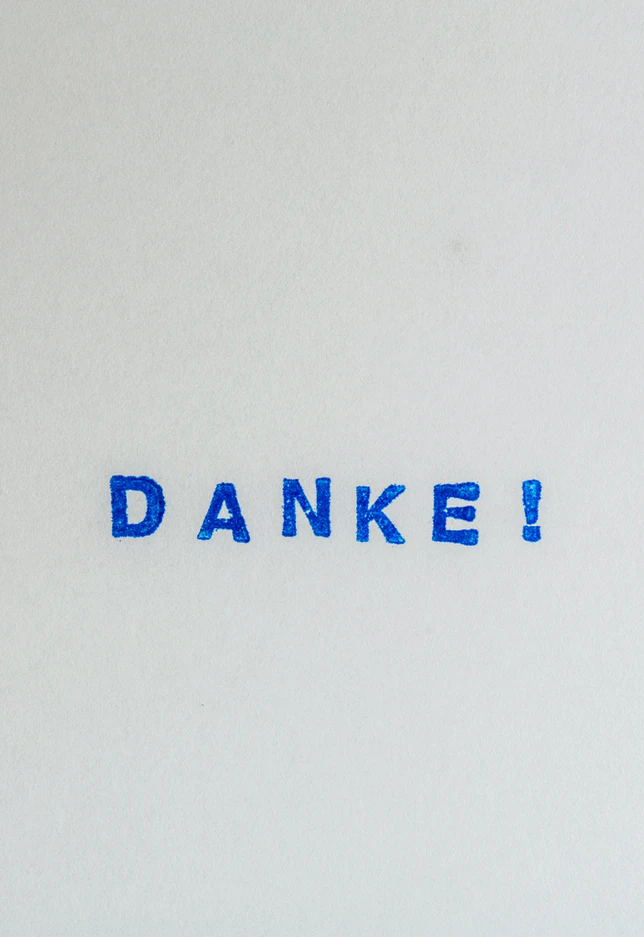 In polite conversation, knowing how to thank people is invaluable. Whether it’s in an email, at the store, during work, or on a thank-you note, “thank you”, in all its shapes and forms, is crucial to add to your vocabulary in any new language you learn. Since German has different pronouns and modes of speaking based on formality, people will expect a certain level of respect in interactions depending on how well you know them and what your relation to them is. Knowing how to say thank you in German is an important part of navigating the social sphere!

The most common informal way to say thank you in German is danke (“thanks”)!

Danke is the equivalent of “thanks” in German. It’s a good “thank you” to use with friends, family and for peers (whether that’s in terms of coworkers, or by age).

A few examples of danke in use are:

Since some variation on dank or danke is going to appear in most German “thank you” phrases it should be noted that the “a” sound is a long “a” like in the English “car” or “ball”, so Danke is pronounced [Dahn-keh] or if the IPA notation makes more sense to you [‘daŋkə]. It should not be pronounced like the English “tank”.

In certain regions with French-speaking influences you may hear merci (“thanks”)!

In German-speaking areas that either share a border with a French-speaking country or have French as an official language (such as Belgium, Switzerland, and Alsace-Lorraine), you may hear merci being used as the most common thank you instead of danke.

These are appropriate for use with more distantly related elders, bosses and other work superiors, teachers, officials, or other authority figures. It’s good to remember, though, that just because these are more formal doesn’t mean you can’t use them with friends, family, partners, or peers!

Like in English, using a more formal phrase of gratitude can express earnestness or a stronger emotional intent.

Thank you very much in German is danke sehr

Danke sehr is the closest German phrase to “thank you very much”. Although a slightly more literal translation might be “thanks much”, it doesn’t carry the same casual connotation and therefore can be used in formal situations.

Vielen Dank is equally formal as the last two phrases, so feel free to use them interchangeably. If you want to express even more thanks you can duplicate the Vielen, so it becomes Vielen, vielen Dank which is just “Thank you very, very much”.

You may also want to note that I’ve run into Vielen Dank frequently as an email or letter sign off, as in:

So if you need to write any emails in German, keep Vielen Dank in mind. 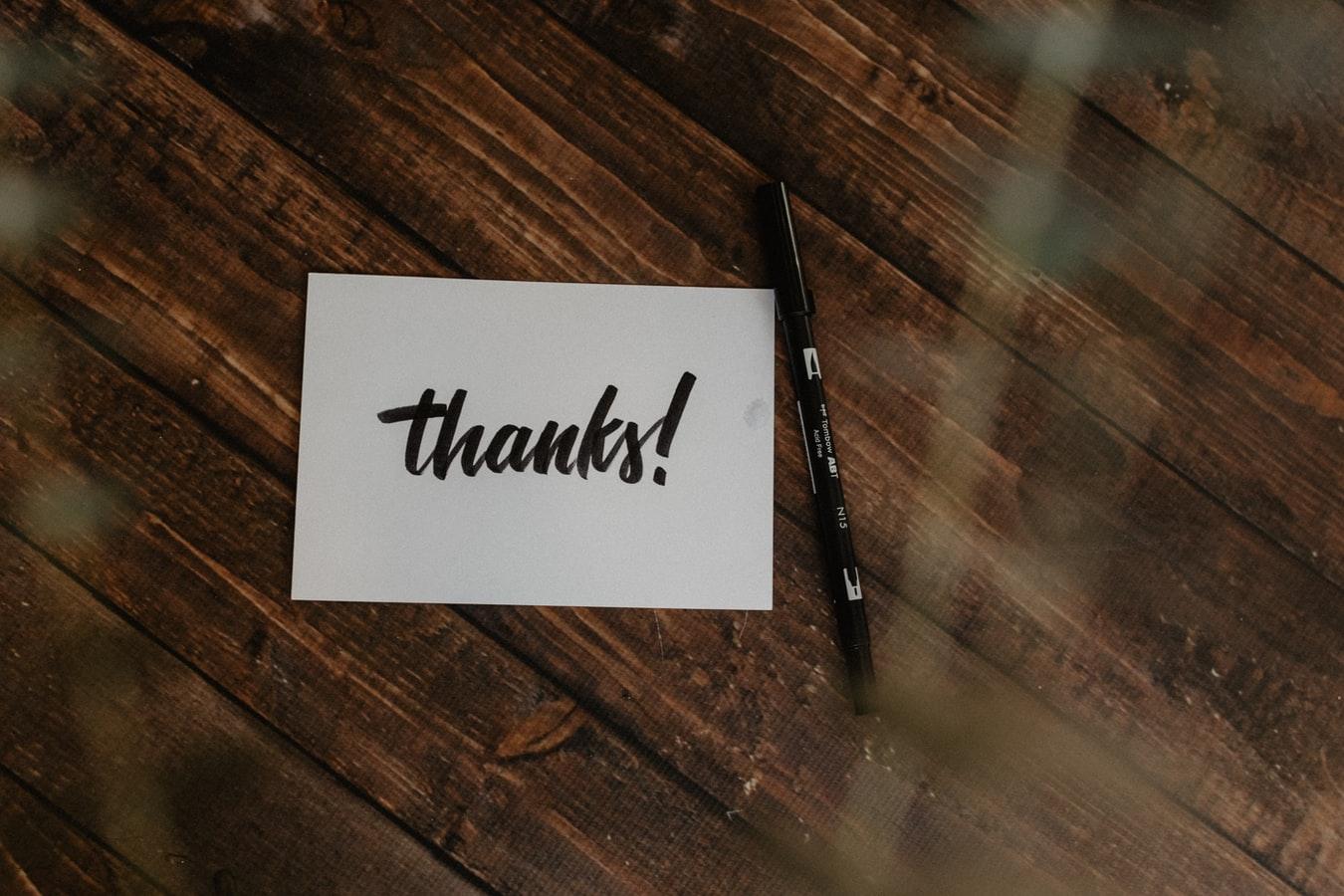 Herzlichen Dank (“A heartfelt thank you”)!

This is another “thank you very much” that works well on thank you notes, letters, and the like. Herzlichen Dank can also mean “a hearty thanks”, and can convey both cordiality and warm-fuzzies, whatever suits your purposes best.

Tausend Dank (“Thanks a million”)!

More literally, Tausend Dank translates to “a thousand thanks”. It’s the least formal out of the “thank you very much” phrases listed here, but still an option to use with people with whom you have a close working relationship or something similar.

Examples of German “thank you very much” expressions in use:

Most Formal German “Thank You”

The following phrases are appropriate for the most formal of settings. They are best used with authority figures and to express high gratitude.

Remember that German has different pronouns for different levels of formality? Using a more formal second-person pronoun will raise the formality level of any phrase. Pairing the right pronouns with a phrase of equal formality is an important part of navigating German formal speech, but it means keeping the different declensions and forms in mind when speaking.

This phrase may look the same as the last one, and it’s pronounced the same too, but because of overlap between third-person plural and second-person formal pronouns, this phrase can also mean “I thank them”.

For Ich danke euch the translation may look the same as for the first of this section, but again it’s a matter of pronouns. German distinguishes between the second-person singular you and the second-person plural you (in English this is sometimes “you guys”, “you all” or “ya’ll”), and euch is plural.

So, if you are looking to thank a group of people formally Ich danke euch is the way to go.

Danke as a verb

You may have noticed in the examples so far that the Dank in Vielen Dank gets capitalized, but the danke in Ich danke Ihnen does not. This is due to Dank being used as a noun in the first example and a verb in the second.

This is important for two reasons:

“No, Thank You” in German and Other Related Phrases

German has phrases that include the word danke that aren’t strictly expressions of gratitude.

“Thank you” in German can be said in various registers of politeness. Knowing when to use which expression is a part of German social graces. Along with a few other related polite phrases, we covered 8 major ways of saying thank you and sorted them into different levels of formality condensed below:

Formal / “Thank you very much”

If you want further information on polite phrases, check this article from the blog on 100+ Common German Phrases and Expressions, or this one on saying goodbye in German.

Thank you for reading! Vielen Dank!