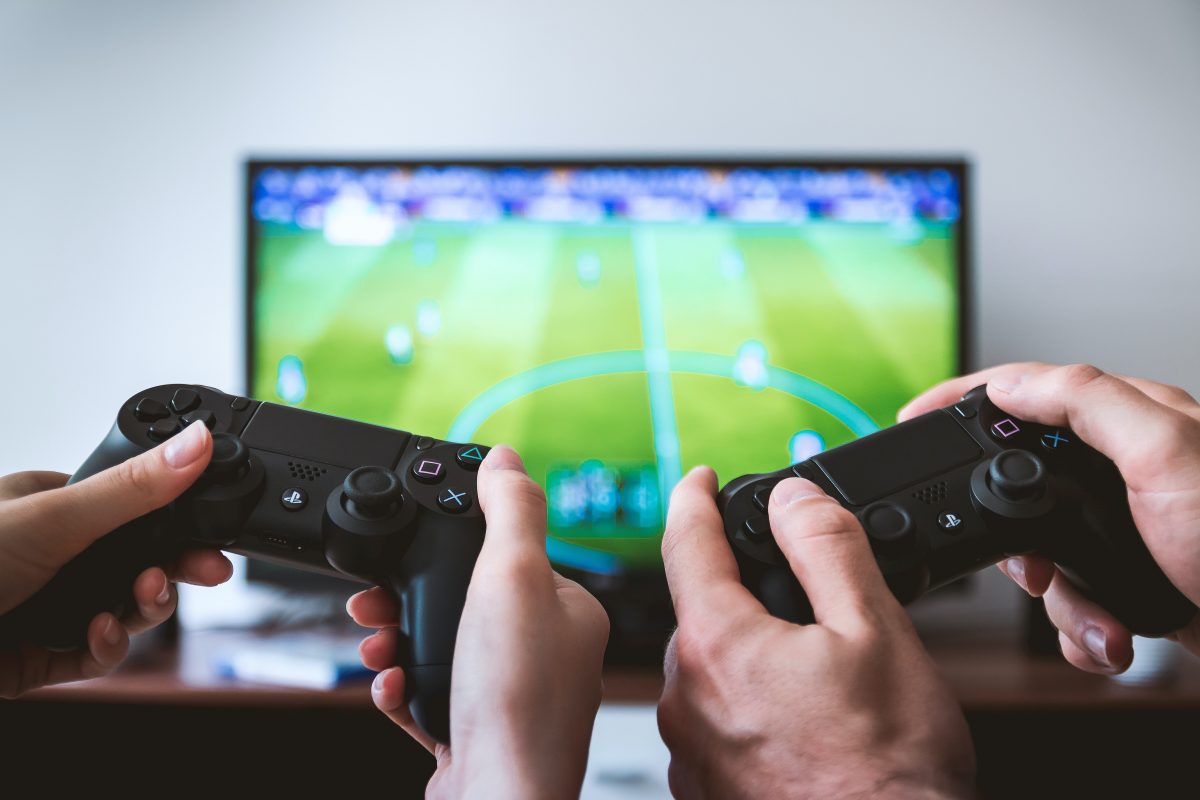 Gaming online has become a favorite pastime for many people. It’s fun, teaches you new skills, and is a great vehicle for story-telling. Best of all, if you use online features, gaming is a great way to meet people who share the same interests as you! But here’s the thing: what if all the people you meet speak a different language? Fear not, we’re here to help! In this post, we’ll give you a full rundown of how to conjugate the verb “jugar”, meaning to play, in Spanish. This post will explore what kind of verb jugar is and some of its different meanings. It will also go over jugar conjugation at beginner, intermediate, and advanced levels. Finally, we’ll finish up with the conditional uses of the verb jugar that you can include in your conversations.

What Kind of Verb is Jugar?

If you’ve been following our posts, you’re probably even more of an expert on irregular verbs than we are! The reason we like to teach irregular verbs through these posts is that these verbs can best be learned through memorization, so having verb tables on hand can be really helpful!

So, you guessed it. The verb jugar is irregular. But if you’re new here, you might be wondering what an “irregular” verb even is. Let me give you a quick explanation. In Spanish, verbs can end in: “ar” (like jugar), “er” (like comer), and “ir” (like dormir). The stem of these verbs (that is, the part before ar, er, or ir) determines whether the verb is regular or not.

In regular conjugation, the stem of the verbs never changes. For example, the verb acabar (to finish), is regular, so the stem “acab” never changes no matter how the verb is conjugated (yo acabo, tu acabas, etc…). However, jugar is irregular. That means that depending on what tense and pronoun we’re using, the stem of the verb changes. For instance, “I play” becomes yo juego, not “yo jugo”. This is what can make jugar conjugation kind of complicated, and why we’re going to go over it all in this post.

If you’re interested in learning more irregular verbs after jugar, feel free to check out our other irregular conjugation tutorials, for verbs like seguir, dormir, and salir.

The Different Meanings of Jugar

Before looking at the actual conjugation of jugar, it is useful to go over some of the different meanings of the verb. Most of these differences are pretty subtle and self-explanatory, so you don’t really have to worry too much about getting anything wrong, but it’s still worth knowing.

Firstly, the obvious one. Jugar means to play. However, the word “juego” means both “play” (as in yo juego/ “I play”), and “game”. Let me give you two example sentences so you can grasp the difference.

Yo juego al béisbol means I play baseball. Conversely, Este juego se llama Monopoly means “This game is called Monopoly”. It is usually pretty easy to tell which version of juego is being used based on the context of the rest of the sentence.

Another common use for the verb jugar in spanish is the pronominal form of the verb, “jugarse/jugarte/jugarnos etc…” which means to gamble or to risk something. For example, the sentence “Juan se jugó todo su dinero” means “Juan gambled/risked all his money”.

When looking at jugar conjugation, starting with verbs is good because it helps you identify when jugar isn’t acting like a verb in a sentence. Instead, if jugar is present in one of its verbal forms, it is actually acting as a noun, adjective, or adverb. Let’s go over three of these verbal forms: el infinitivo (the infinitive), el gerundio (the gerund), and el participio (participle).

The infinitive of the verb jugar is just “jugar”. That’s because, if jugar isn’t the active verb in a sentence, it doesn’t need to be conjugated. Here’s an example:

In this sentence, the verb jugar isn’t conjugated, because the active verb is “ir” (to go).

The gerund of the verb jugar is “jugando”. It is typically used in sentences where the active verb is different, but you want to indicate that the action is ongoing and hasn’t ended yet. For example:

In this case, the active verb is estar (to be), and we add jugando because the action isn’t finished.

You’re doing great! The participle of jugar is “jugado”. It is used as a qualifying adjective for a sentence with a different active verb, which is typically haber (to have). For example:

In this case, the active verb is “haber” (to have), and jugar becomes jugado.

Now that we’ve looked over some verbals, you’ll be pleased to know that the hardest part is behind you. Everything will seem much easier from here on out. 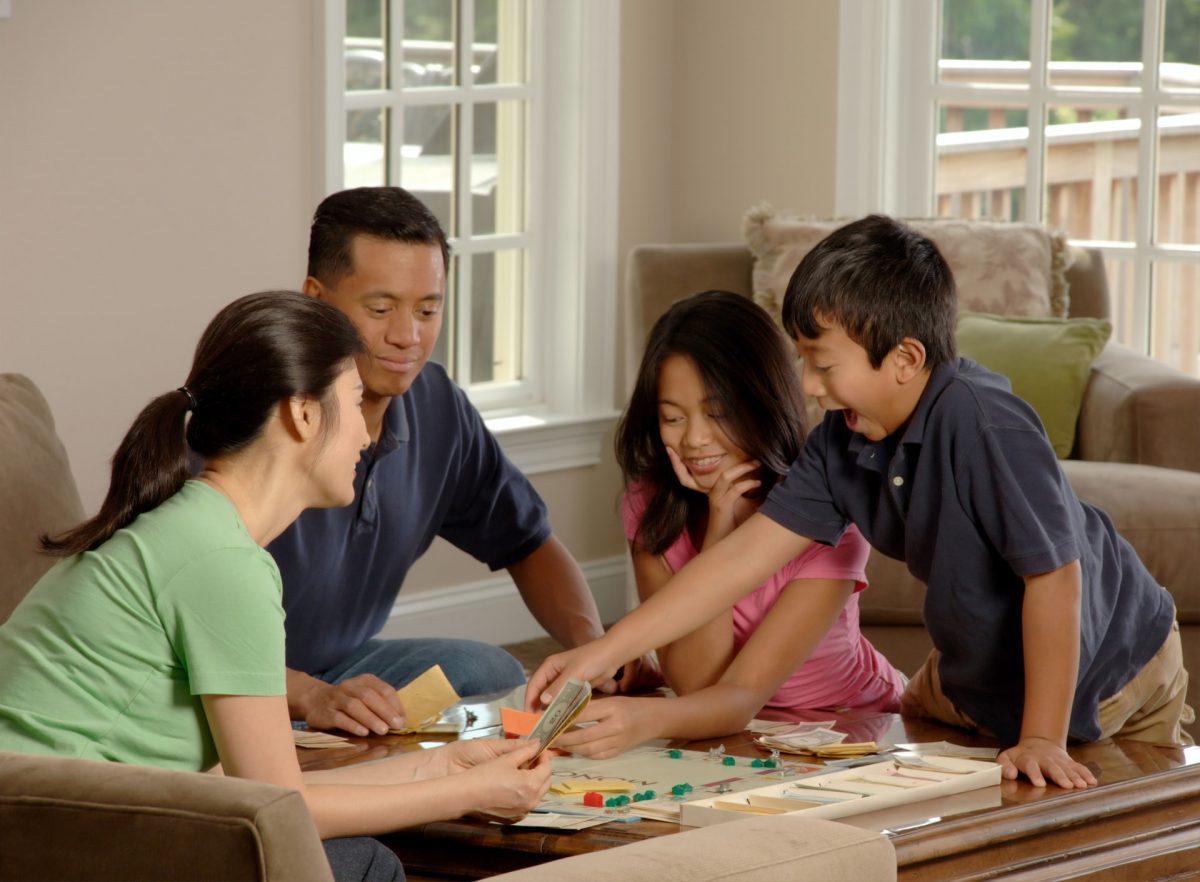 Navigating the conjugation of jugar is easier once you’ve mastered the present tense (presente), the past perfect (perfecto), the past imperfect (imperfecto), and the future (futuro). These tenses are at the heart of conjugation in Spanish, so learning them gives you a great foundation for all the rest.

If you feel confident with your knowledge of beginner jugar conjugation, why not kick it up a notch? Let’s explore some slightly more advanced verb tenses, including the compound perfect preterite (pretérito perfecto compuesto), which deals with the present, the pluperfect (pluscuamperfecto), a past tense, and the Future perfect (Futuro Compuesto), a future tense.

Feeling good? If you’re getting tired, now is a great place to take a break and come back later. However, if you still want to learn more, let’s end our conjugation lesson with some verb tenses that you can use at all levels. Conditional tenses are great because they add some flexibility to the verbs you’re using. For instance, you might want to tell someone that you would play with them if certain conditions are met. Using conditional tenses is a great way to get that point across. Let’s look at two forms of conditional jugar conjugation: the simple conditional (condicional) and the perfect conditional (condicional perfecto).

We’ve reached the end of the lesson! Well done for getting to this point, so consider rewarding yourself with a couple rounds of a game! If you want to bring some language learning into your gameplay, try practicing the jugar conjugation we’ve learned in this post through the Cloze Collection at the end of this page. This Cloze Collection has been specifically picked with today’s verb tables in mind, so it will give you a great practical test of all the things you’ve learned.

If you want to play something that’s more laid-back but still brings you into the Spanish-speaking world, consider playing a video game called Alba which was released on many different platforms in late December 2020. You play as Alba, a girl who goes to visit her grandparents on an island in Spain. Your goal is to take pictures and identify all the wildlife on the island. This game is very short, and a great way to learn more about Spanish plants and animals. Fingers crossed that something similar comes out for Latin American wildlife sometime soon!

Have a great day, and see you next time!

Learning the jugar conjugation might seem daunting at first, but don’t worry, it comes naturally with practice.

Test your skills and see what you’ve learned from this article by playing a selection of sentences with forms of the verb jugar.