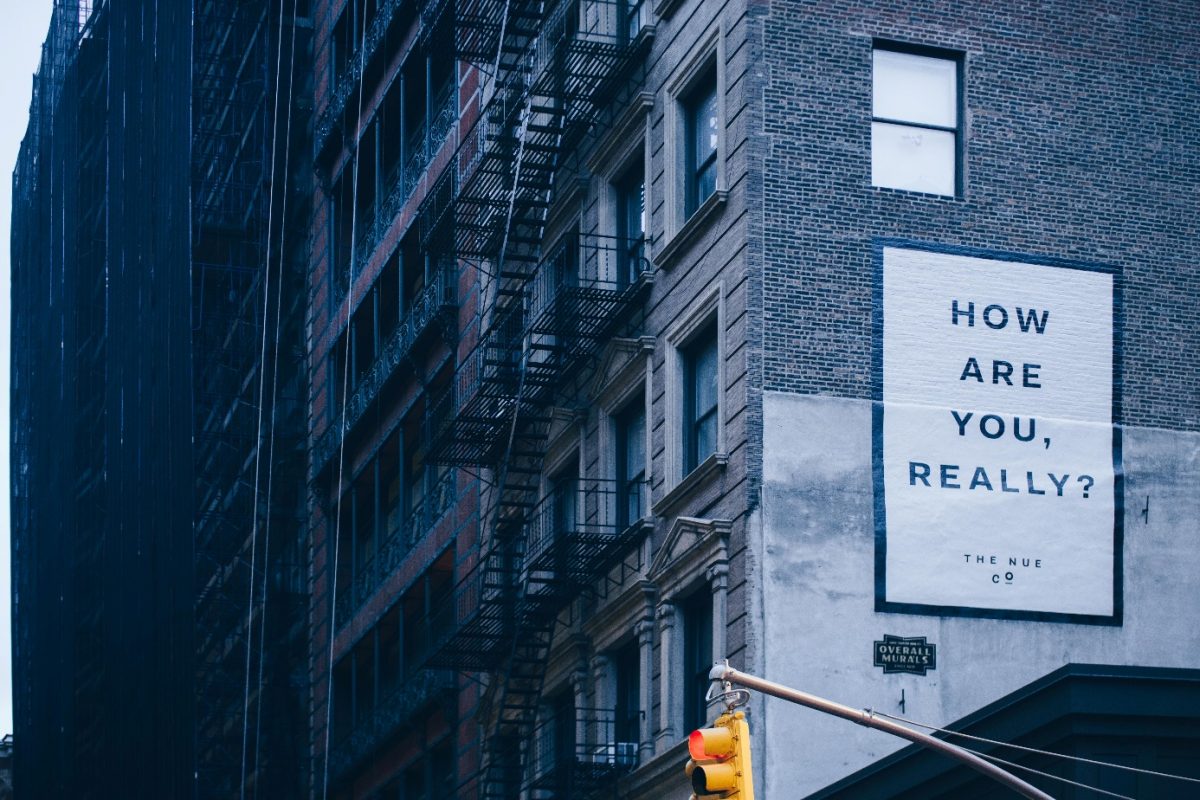 “How are you?” is one of the phrases we use most often. Not a day goes by that we don’t ask this question. It’s polite. It’s customary. It’s what we do.

If you are someone who is learning German, you’ve probably wondered how to say how are you in German. Like in English, there are a couple of ways you can ask this question. Some are formal, some informal, and some are a bit out there. In this article, I will take you through these, explain how best to use them, and give you some helpful tips. Soon, you’ll be asking people how are you in German with the confidence of a native speaker.

Before you get started

Before you go out there and start asking people how they are, you need to know a couple of things about Germans and Germany.

The main one is that Germans ask others how they are way less often than we (English speakers) do. In the US and the UK, we often ask how are you as a way to start a conversation. It’s almost a part of saying hello. You greet someone; you ask them how they are; then you get on with the conversation.

It’s different in Germany. Over there, you mainly ask your friends how they are. Or people that you haven’t seen in a while. Rather than it being a small-talk starter, how are you is considered a genuine question by Germans.

The chances are that if you ask a German how they are, you will get a very honest answer. If you’re expecting them to say, I’m good, how are you? you’re in for a surprise. What you might get is closer to a personal essay about their messed up sleeping schedule and the new gardening tool they just bought.

Check out this short video by Radical Living if you want to see what you might unleash when you ask a German how they are. It’s both hilarious and 100% accurate.

Formal version of how are you in German – Wie geht es Ihnen?

This is the most common way to ask how are you in German. The sentence has both formal and informal versions – let’s start with the formal.

Wie geht es Ihnen? is a question you would ask in a formal setting. Think work, school, or bank. If you don’t know a person very well, this is the sentence you should go with.

Informal ways to say how are you in German

This is the informal version of Wie geht es Ihnen? It’s your standard way to ask how are you in German when you’re talking to your friends, classmates, co-workers, or family members.

If you think that saying all of Wie geht es dir? is a bit of a mouthful, I’ve got good news! You can say Wie geht’s? instead. It’s a shorter, snappier, and slightly more informal way of asking your friend how they are.

As you can tell, the sentence starts the same – wie and geht are still used. Then, instead of saying all of es, you can shorten it to ‘s. Last but not least, you leave out the dir. Who needs it, right? I know you’re talking to me.

If you’re wondering which one of the two you should be using, this section is for you.

It’s simple: You use Wie geht es dir? when talking to people that you are friendly with, but perhaps not the closest with. Think distant relatives or co-workers.

Wie geht’s? is used with your closest friends or your siblings.

There is not much difference between the two, but as a general rule, you can remember that the shorter the sentence, the less formal it is.

Wie geht’s? uses the word gehen, which means to go. If you’re looking for a fun alternative to that well-used phrase, you can use Wie läuft’s? instead. Laufen means to run – it’s similar to gehen but perhaps a bit more casual and playful. You could translate it to English as How you doing?

This phrase is used mainly by younger people and is super informal and colloquial. It literally means: How is the situation? but a more accurate translation would be What’s up? or How is it going?

If you’re looking for a way to ask how are you in German without implying that you want an hour-long monologue about the other person’s life, this is the one for you. It literally means how is it looking, and you can expect it to be answered with a simple ok or a quick fill-in on what’s going on right now.

Finally, if you truly want to sound like a native speaker, this is how you can ask how are you in German slang. Na is a confusing word that has many meanings while also having no meaning at all. It can be used in different ways, including asking someone how they are. Be careful to only use this one in the most informal situations. Your boss would not appreciate you saying Na?

Ways to answer how are you in German

Now that you’ve learned how to ask the question, you also need to know how to answer it. Otherwise, you might get into an awkward situation when someone asks Und du? (And you?) and you just stare at them.

The most direct way to answer Wie geht es dir/Ihnen? What you’re doing here is replicating the sentence structure of the question and turning it into an answer.

Careful! Do not say Ich bin gut. Even though it is a direct translation of I’m good, it has an entirely different meaning to Mir geht es gut. Ich bin gut implies that you’re good (at something) rather than that you’re feeling good. This is a common mistake many English speakers make, and it’s important that you avoid it. Always say Mir geht es gut.

Instead of using an entire sentence to express yourself, you can keep it short and just use the adjective. Use gut when you’re feeling good, and schlecht when you’re in a bad mood.

This one means not bad. You can use it as a more neutral answer.

If you’re not doing great, but it could be worse, you can go with one of these. They mean so so and are a bit more non-committal.

Other fun ways to ask how are you in German

Once you’ve mastered all the common ways to ask and answer the question, you might want to look into some of the more colloquial phrases that Germans use. Be warned: some of these make absolutely no sense!

When asking a German how they are, we use the word gehen (to go). So, why can’t we use stehen (to stand) as well?

This way of asking how are you in German is a lot of fun. First of all, it rhymes. Second of all, it’s super cheesy. It feels like a dad joke that went viral and never left the German vocabulary. It’s not the most common way to ask someone how they are, but if you’re in a particularly jovial mood, this is the phrase you might go for.

If you’ve ever driven a car in Germany, you might be aware of their Emissions Sticker system. The good, less polluting cars get a green sticker, and the most polluting vehicles get a red one. Cars that fall in between get a yellow one.

This phrase references this system. There are low-emissions (or green) zones in Germany that only certain cars can enter. This way, those zones are kept healthier and less polluted. When you ask Alles im grünen Bereich? you’re literally asking if everything is in the green zone. That’s nice, isn’t it? Like you’re hoping that someone’s life isn’t too polluted. How very German!

This one is my all-time favourite. It means Everything in butter? And who doesn’t love butter? Granted, this phrase makes a little less sense than all the other ones but at the same time… if you can ask someone how they are by referencing everyone’s favourite spread, why not just go for it?

To learn even more ridiculous ways to ask how are you in German, watch this video by DontTrustTheRabbit. Some of the ones she mentions involve things like stocks, art, and even bras.

Knowing how to say how are you in German is great, but it’s also not enough to be fluent. Luckily, we have lots more posts to keep you occupied and help you learn some other common and useful German phrases. You can start with these: