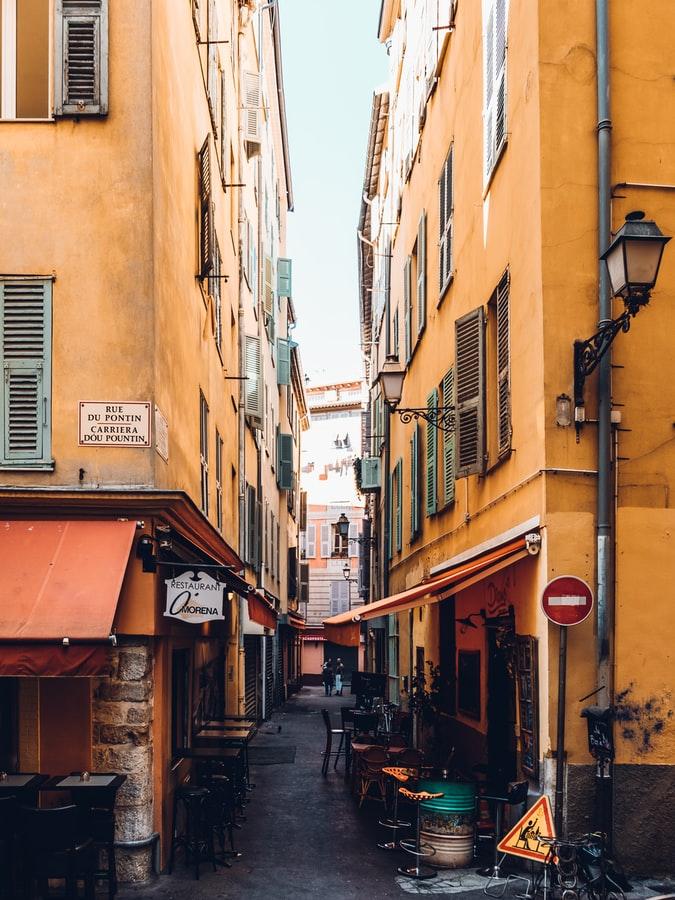 Once you’ve mastered saying please and thank you in French, it’s time to take it up a notch. If you want to learn how to respond when somebody thanks you, then you’ve come to the right place. There are a few ways to say you’re welcome in French depending on the situation and who you’re speaking to, so it’s important to know both the informal and formal phrases.

“De rien” is by far the easiest way to reply to “thank you”. You can’t go wrong really, no matter who you’re talking to or the level of formality. While it’s certainly not the most polite and formal option, it’s not particularly informal either, which is why it’s nearly always a safe bet.

It is sometimes perceived as an informal term due to its brevity, but it actually comes from a far more polite, longer sentence: “Ne me remerciez de rien” which means “Don’t thank me for anything”, or “thank me for nothing”. We could probably say something similar in English, such as “there’s no need to thank me.”

While the commonly used abbreviation “de rien” literally means “for nothing”, it’s better to remember it as “you’re welcome”.

If you want to refresh your memory, don’t forget to take a look at all of the different ways to say thank you in French.

Now we’re going to look at another way to say “you’re welcome” in French which can be used in formal and informal situations – but you must change it accordingly.

“Je vous en prie” is a synonym of “je vous prie de faire quelque chose”. In order to help you understand this sentence, let’s break it down…

You may or may not recognize “prier” as the verb “pray”. This is true, but when we add objects to the sentence its meaning changes:

Using the formal pronoun “vous” directs the sentence at someone in a polite manner:

And finally, “en” replaces whatever is being asked of someone:

This sentence can be used in various scenarios, such as giving permission, similar to “go ahead” or “help yourself”, but here we’re going to look at it in the sense “you’re welcome”.

The best way to think about this sentence, is as an abbreviation of the following:

That may sound complex, but the key thing to remember here is that it’s the most polite way to say “you’re welcome” in French.

Here are a couple of examples to help you get to grips with je vous en prie:

Its informal counterpart replaces the formal “you” with an informal “tu”. The meaning stays exactly the same, only the object of the sentence, your audience, has changed.

While “vous” is perfect for addressing your boss, a stranger, acquaintance or elderly person, “tu” is used for people you know well, such as a friend or family member or a child.

“Don’t mention it” in French

If you want to express that someone doesn’t need to thank you, then you might say “don’t mention it”. In French, it is “il n’y a pas de quoi”.

This is often shortened when speaking to “Y’a pas de quoi”, and both mean “there’s no reason to (thank me).”

“No problem” in French

Another way to say “you’re welcome” in French is the simple “pas de problème”. This is extremely easy to remember because it’s very direct and has an English equivalent: no problem.

This can be said as both a shorter and longer version. The full sentence is “il n’y a pas de problème” which just means “there is no problem”.

“It was nothing” in French

This is another quick and easy term to store in your word bank of French vocabulary. We can say “ce n’est rien” in place of “your welcome”, and it means “it’s nothing”. As with most French sentences, it can be shortened when used in spoken language. The shorter version is “c’est rien.”

Don’t forget that shortening sentences like this makes them easier and more natural to pronounce, but they are not grammatically correct, so we must always write the full sentence. In this case, the negation is completely removed in the sentence when spoken, which is a major faux pas in the written French language.

We could translate “c’est rien” to a few different things such as it was nothing, not at all or no bother.

“My pleasure” in French

In France, the most common way to say “my pleasure” is in fact with pleasure. The French would say “avec plaisir”, particularly in South Western France. If you’ve ever been to La Ville Rose (Toulouse) then you may have heard them say “avec plaisir” more than in other parts of France, but don’t be surprised if you hear it elsewhere too.

Across the pond in North America, our friends in Quebec have a whole different word that can be used instead of the usual “you’re welcome.” They often use the term “bienvenue”.

Bienvenue usually means “welcome” in French, as in “welcome to France!” (Bienvenue en France !) but in Canada it is a simple response to “thank you”.

Don’t forget that this is only used in French-speaking Canada, and if you say “bienvenue” in metropolitan France then it might cause a lot of confusion!

Now you have 8 different ways to say you’re welcome in French, so you can mind your Ps and Qs and impress everybody with your good manners!