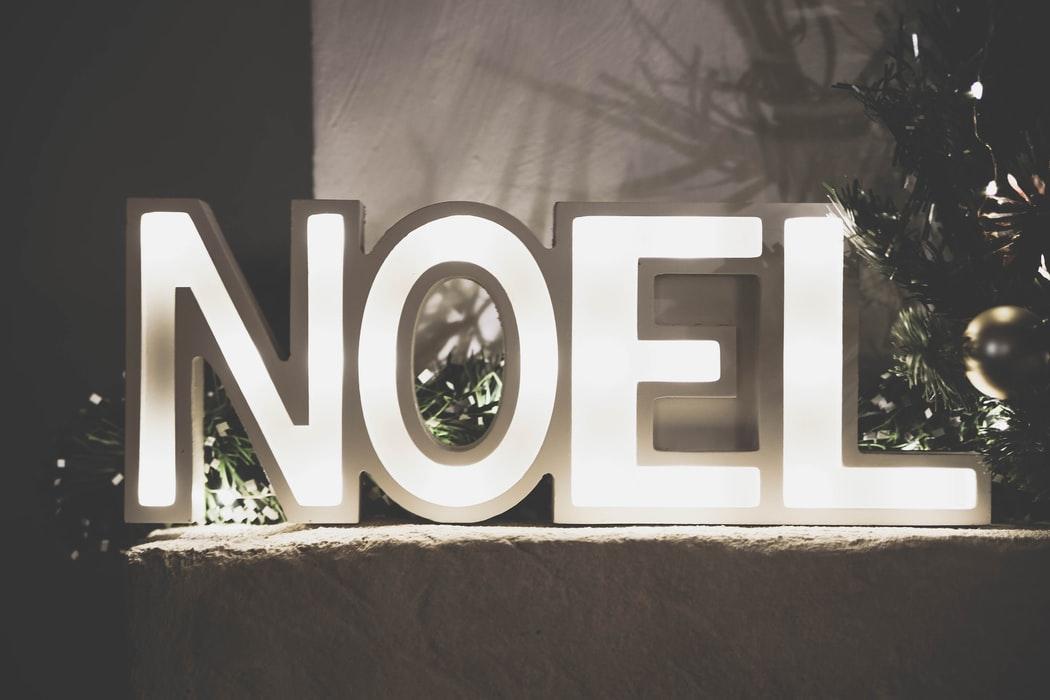 It’s that time of year – Mariah Carey and Michael Bublé are on the radio, stores are filled with seasonal treats, and social media is inundated with photos of Christmas trees and holiday decorations. Have you ever wondered how the lead up to Christmas looks like in French-speaking countries? And how do you wish somebody a very Merry Christmas in French?

If you’re looking for some Christmas greetings in French then you will of course want to know how to say Merry Christmas and Happy New Year in French.

A more common saying during the festive period is “bonnes fêtes de fin d’année”. This is simply translated as “good end of year celebrations”. We can compare this to the phrase happy holidays in French as it encompasses all the celebrations around Christmas and the New Year. It is often written in holiday cards and you can say it to people who you won’t spend Christmas with.

For example, you might wish “bonne fêtes” when leaving school for the holidays, when you go to the store or the salon, or to anyone who you might not see until the new year, both friends and strangers.

Here is the full sentence, equivalents and abbreviations:

All of these terms can be used interchangeably during the Christmas period. “Bonne fêtes” can refer to any kind of celebration, but during the holidays it is widely accepted to mean happy holidays.

You can also say Meilleurs Vœux (best wishes), or any longer version of this well-wishing phrase, such as “meilleurs vœux pour un noel plein de bonheur” (literally: best wishes for a Christmas filled with happiness).

On New Year’s Eve when the clock strikes midnight you can shout Bonne année !, which means “Happy New Year” in French. In French, it’s not so much an exclamation but a way to wish someone well for the whole year. Throughout all of January, when you see somebody that you haven’t seen since the previous year you should say “bonne année ” to wish them a good year ahead. Similarly, you can add to this, by saying “bonne année et meilleurs vœux ” (Happy New Year and best wishes).

When is Christmas celebrated?

In France, there is a family meal on Christmas Eve (le réveillon de Noël). This meal is more like a feast, with the whole family gathered around for hours. At midnight, some families go to midnight mass while others wait until the clock strikes 12 to open their presents. Christmas Day, the 25th, is often spent with family, but the meal is smaller and less extravagant.

If you want to hear other Christmas-related terminology other than Merry Christmas in French, then you might be interested in Christmas carols.

Les chants de Noël (Christmas carols) are typically sung by children in France. You might hear them in church during the lead up to Christmas and at midnight mass on Christmas Eve. Most of the time, they are heard in schools as children perform Christmas Carol shows in front of their parents and other members of the local community.

Like Christmas itself, many of the traditional carols have religious origins. However, France has a secular school system and therefore schools must not show preference to any particular religion, so there is a plethora of “laïc” (secular) French Christmas songs. The most common Christmas songs adored by French children are “Vive le Vent” (literally: long live the wind) sung to the tune of Jingle Bells, “Petit Papa Noël” (little Father Christmas), and “On Se Dit Joyeux Noël” (We Wish You a Merry Christmas).

When you hear the term “Christmas Markets”, the first place that comes to mind is certainly not France. You’re more likely to think of their eastern neighbours, Germany. As France shares a border with Germany, many parts of France have embraced this tradition, with stalls selling vin chaud (mulled wine), cidre chaud (mulled cider), gaufres (waffles), crêpes, and all kinds of locally made food, decorations and gifts.

People don’t go to the marché de Noël to get some last minute gifts for under the tree, instead, it’s a nice Christmas activity for all the family. You can wander around and enjoy the decorations, the Christmas aromas, warm drinks and there’s often a festive funfair for the children, or even the chance to meet Santa Claus! 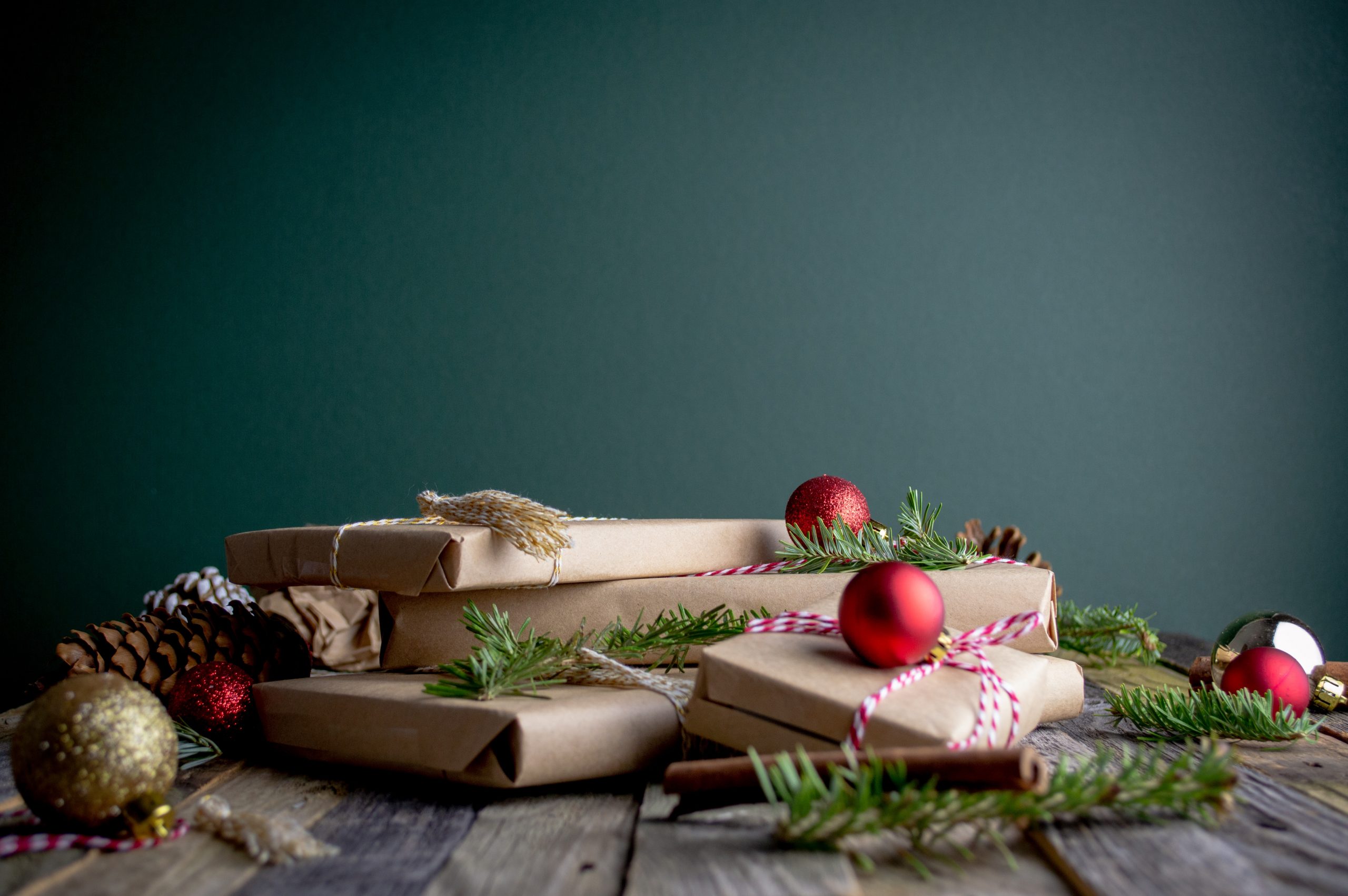 Many French traditions have Catholic origins, and the nativity scene is a tradition that continues today in most households, whether they’re practicing Catholics or not. The nativity scene consists of a miniature stable and tiny figurines of Mary, baby Jesus and a variety of other figures from the nativity. There are no rules when it comes to the “crèche” – it can be as small and simple or elaborate as the family chooses. In the south of France they are famous for their “Santons” (nativity figures) and you can find huge markets with figurines representing every job in the town. Some stores or public places put on huge window displays with hundreds of “santons” representing the history of the town or village.

The beloved Christmas tree originated from Germany, so it’s no surprise that their French neighbors quickly adopted the tradition in the 16th century. It was seen as a good alternative to the nativity scene when France became more and more secular. Nowadays, both are common features in French households at Christmas time, but the Christmas tree has taken over as the ultimate symbol of Christmas.

While America might be known for their extravagant displays of holiday decorations, France knows how to light up a town. Each “commune” (municipality) chooses their own decorations and their own budget. This means that all around France you will find beautiful displays of light garlands, statues, nativity scenes, Christmas trees and lights on every lamp post in sight. Many towns and villages have signs in lights reading “Joyeuses fêtes” or “bonnes fêtes”, sometimes with more personalized touches, for example “(name of village) vous souhaite des bonnes fêtes de fin d’année !” ([name of village] wishes you happy holidays!).

When we talk about Christmas, we often picture a plate full of delicious Christmas dinner. However, the traditional Christmas meal isn’t the same as it is elsewhere. You will often see a turkey, so that’s no surprise, but here are the other foods that you might come across on Christmas Eve or Christmas Day in France:

In Provence and the south-east, common foods are the Pompe a l’huile (olive oil bread with citrus flavors), candies and patisseries such as Calissons (marzipan delicacies from the town of Aix en Provence) and nougat. The most famous and most traditional Provencal food has to be the huge array of Christmas desserts, not one, not two, but 13 desserts! The treize desserts (thirteen desserts) represent Jesus and his 12 disciples. The desserts include fresh fruit, dried fruit and nuts, sweets, candied citrus fruit, biscuits and cakes. The desserts are set out on the table on Christmas Eve and are eaten over the course of the next few days, or until they’re all gone.

Stollen is a German cake with spices and dried fruit, in Alsace this is known as Christolle and it is extremely common around Christmas time. Another Alsacian treat is le bredele, a traditional butter biscuit from Alsace, or even more unique, le mannele, a brioche in the shape of a man, or little Saint Nicholas.

Finally, another favorite holiday treat is pain d’épices (spiced bread), which is a sticky bread with honey and a variety of spices including cinnamon, ginger and star anise. Different places have their own version of this sweet loaf, including Dijon, Alsace, Reims and Paris.

The day after Christmas is not a public holiday because Boxing Day does not exist in France. That’s right, with stomach’s full to the brim and champagne-induced hangovers, French people head out to work on the 26th December. The children however, can play with their toys for another week or so, as they have a full two weeks vacation over Christmas and the New Year.

Most of the Francophone countries in West Africa celebrate Christmas, but with more focus on the religious aspects. Christmas trees and lights play a big role in festivities too. The Ivory Coast has the word “enjailler”, originating from the English “enjoy”, which is commonly used to mean “to get in the spirit”. Enjaillement, festivity and communal celebration is common in French-speaking African countries.

In Francophone Canada, notably Quebec, it is tradition to go to midnight mass on Christmas Eve and then go home to enjoy the Christmas Feast. More recently, this tradition has faded and the current traditions reflect the French customs, such as eating the large meal on the 24th and then a smaller meal on Christmas Day. A common Christmas meal in French-speaking Canada is ragoût de boulettes (meatball stew), rôti de dinde farcie aux poires et aux canneberges (roast turkey stuffed with pears and cranberries), tourtiere quebecoise (meat pie).

There are so many words that are exclusively used during the holiday period, so here is a list of the key words that you might need in France or Francophone countries in order to converse at Christmas: