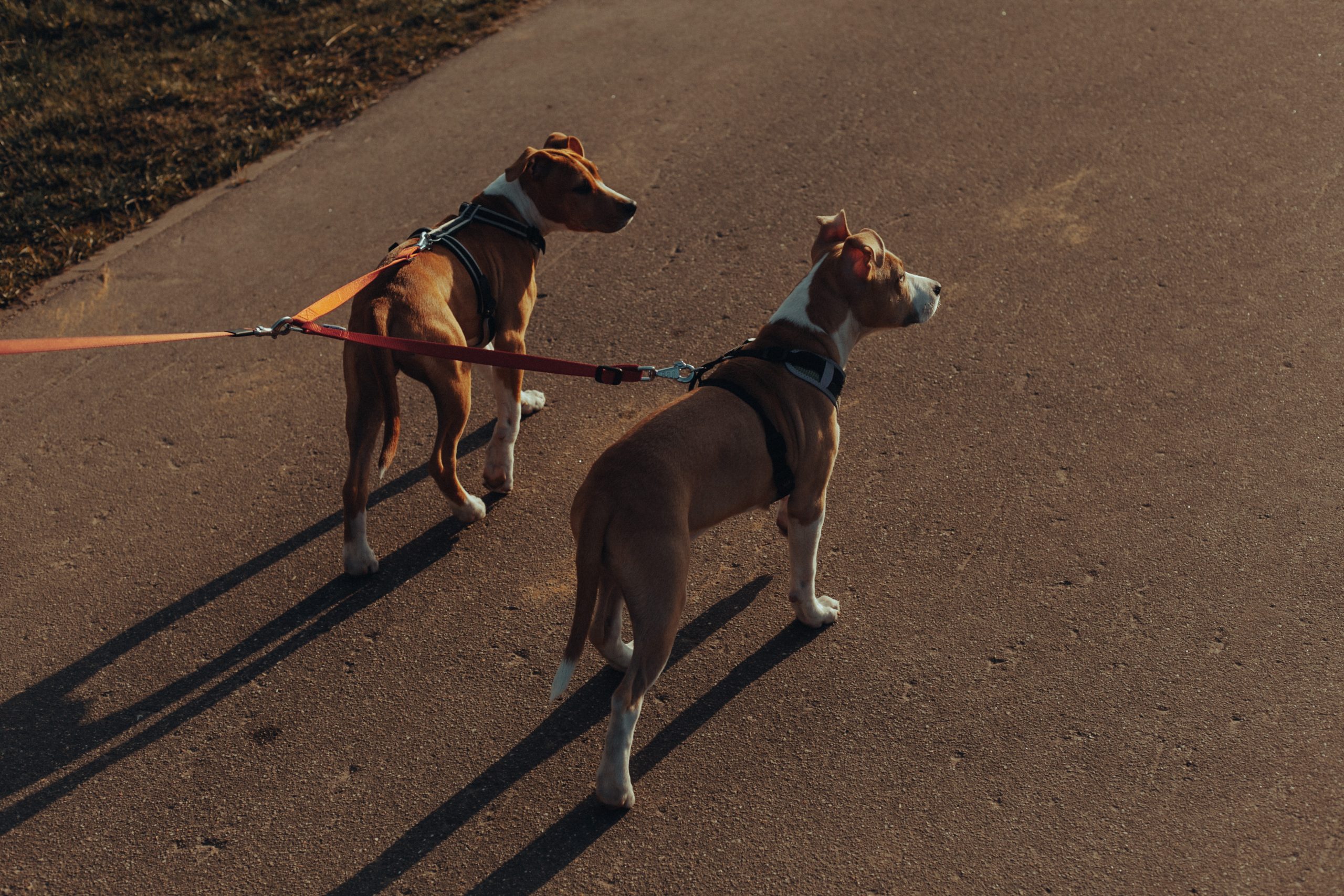 Are you currently learning a language, and thinking of picking up another to learn at the same time? Or maybe you just want to start learning two languages simultaneously? Some might think that this is a bad idea because you can’t put your full efforts into each language, and you could get confused and mix them up. The logical result is sub-par abilities in both languages.

Personally, this is a question I have asked myself many times and I have seen many others in the language learning space questioning it. Luckily, linguistic studies in foreign language acquisition are evolving, and every day we have more understanding from a scientific point of how it all works.

In June 2020, the question about whether learning two languages simultaneously is helpful or harmful was put to the test in a study by Ting Huang, Rasmus Steinkrauss & Marjolijn Verspoor. Let’s see what they found out.

First, what do we need to be able to learn a language successfully?

At a simplistic level, we need a mixture of both the ability and will to learn a language, as well as lifestyle circumstances that support us for this to happen. So in essence, we need two types of resources to be able to learn a language. Linguists and psychologists refer to these as internal and external resources.

Internal resources are your inherent cognitive capabilities, determination, motivation, and prior knowledge.

External resources are things like time available, your study tools, the people and language around you, and your classroom settings, if any.

How do our limited resources limit our language learning?

Both types of resources are considered to be finite and limited. Theoretically, any of the resources you put into learning one language will then take away from the resources available to learn another language, right? Well, kind of.

Research shows that the demand on resources for language learning is very high in the beginner stages of language learning, but as proficiency increases, the demand on resources actually lowers. This is because many of your language abilities become increasingly automatic and coordinated. At the intermediate level, you have committed more words to long-term memory and you are able to form basic sentences using known grammar structures with ease. Although you are still learning, it is less taxing to you because a lot of your brain is pretty much working on autopilot.

What happens when we learn two languages one after the other?

The question in this article is about learning two at the same time. But what happens when we learn one after the other, as many people opt to do instead?

The effect on third language acquisition

Learning a third language has been shown in multiple studies to come much easier than learning the second. If you speak three or more languages, you can probably attest to this. The third language is easier to acquire due to a multitude of factors, including:

These are essentially the proven benefits of being bilingual, which are applicable in a number of disciplines, and that definitely doesn’t exclude further language learning.

So if you have already learned a second language, the good news is that the third won’t be as much of a challenge!

The effect on the second language already acquired

It may come as a surprise to you, but studies show that the second language can also improve while you are working on your third language (despite the temporary attrition effect mentioned above). This is due to a few reasons:

So in short, there is absolutely no real reason not to learn a third language after your second. While there are fewer studies on the subject of further language acquisition after the third, the likelihood is that there is no harm in that either. We know that being multilingual can be hugely beneficial.

But what about when you learn the two languages at the same time, together? The study of this question is in its early days, but here is what the recent research shows.

Case study that answered the question of “should you learn two languages at once?”

This study focused on a group of 72 Chinese native university students, of whom 34 were doing an English major, and 38 were majoring in both English and Russian as part of their studies. They all had a similar level of knowledge of English prior to commencing the course. Every three weeks, all of the students handed in English writing samples which were then analysed based on a number of factors to determine the students’ proficiency and skill levels. The students were all studying English for 16 hours a week, with the double major students also dedicating an additional 8 hours to Russian.

What the results showed is that there was in fact very little notable difference between the English writing abilities of the two groups of students as they progressed over time. By some measures the students who were learning two languages actually scored higher on average. So basically, learning Russian as well as English did not make those students’ English progress worse than the English-only students. And the students who were also studying Russian walked away with bonus third language abilities under their belt as well – a pretty sweet deal if you ask me.

The students learning two languages at once were also found to have higher variability scores, which are a good predictor of proficiency.

Interestingly as well, the double major students were found to have much more improvement in their working memory capacities than their bilingual counterparts. While this study only focussed on written proficiency, a higher memory capacity is associated with better comprehension and better speaking skills too, so it is possible that their speech and comprehension was actually even better than the students who were only learning one language (as opposed to the writing which was at the same level).

But why were the people studying only one language not at an advantage?

The researchers for this paper were surprised by this outcome, due to the limited resources theory mentioned above. But they came up with a few possible reasons why, even with comparatively fewer external resources allocated to English, the Russian language students were still able to improve their English at the same rate as the rest.

Conclusion: no excuses not to learn more languages!

So the short answer to the question in the title is YES! You should learn two languages at once, especially if you have the time and the motivation to. Learning another language at the same time is not likely to hurt your abilities in either language. Think about it: would you rather spend three years studying German and then three years studying French in order to be proficient in both? Or would you rather spend three efficient years and master them both?

What’s that other language you’ve always wanted to get around to studying? Why not start the journey today with Clozemaster! 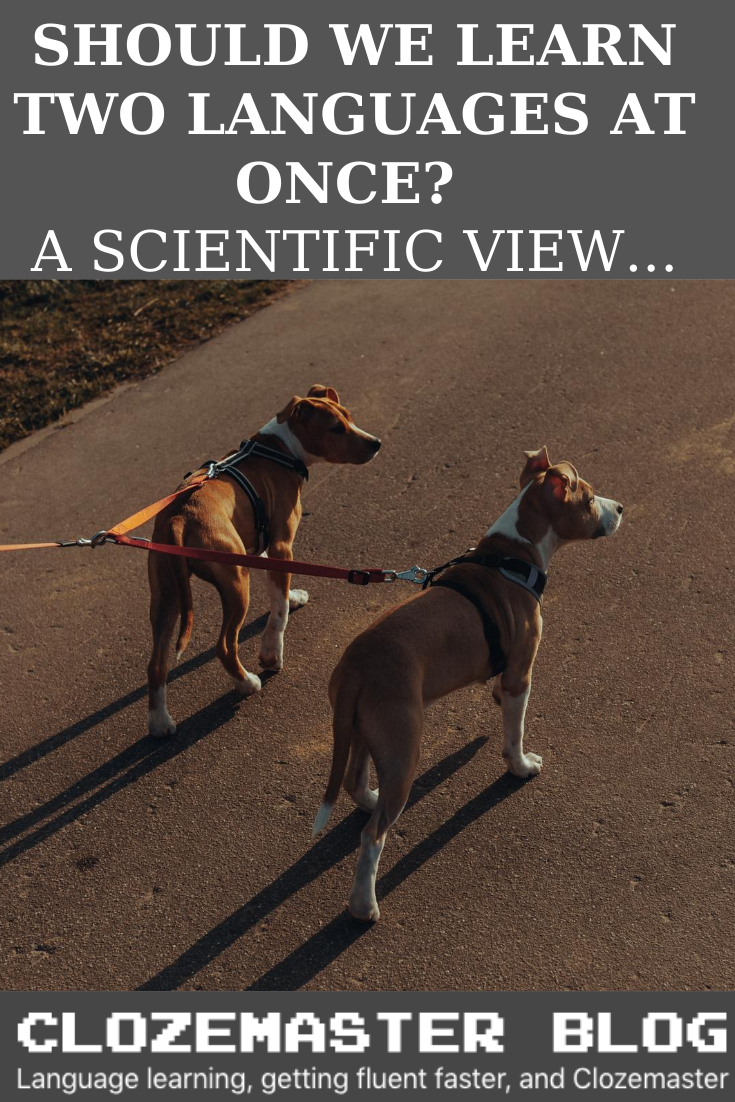