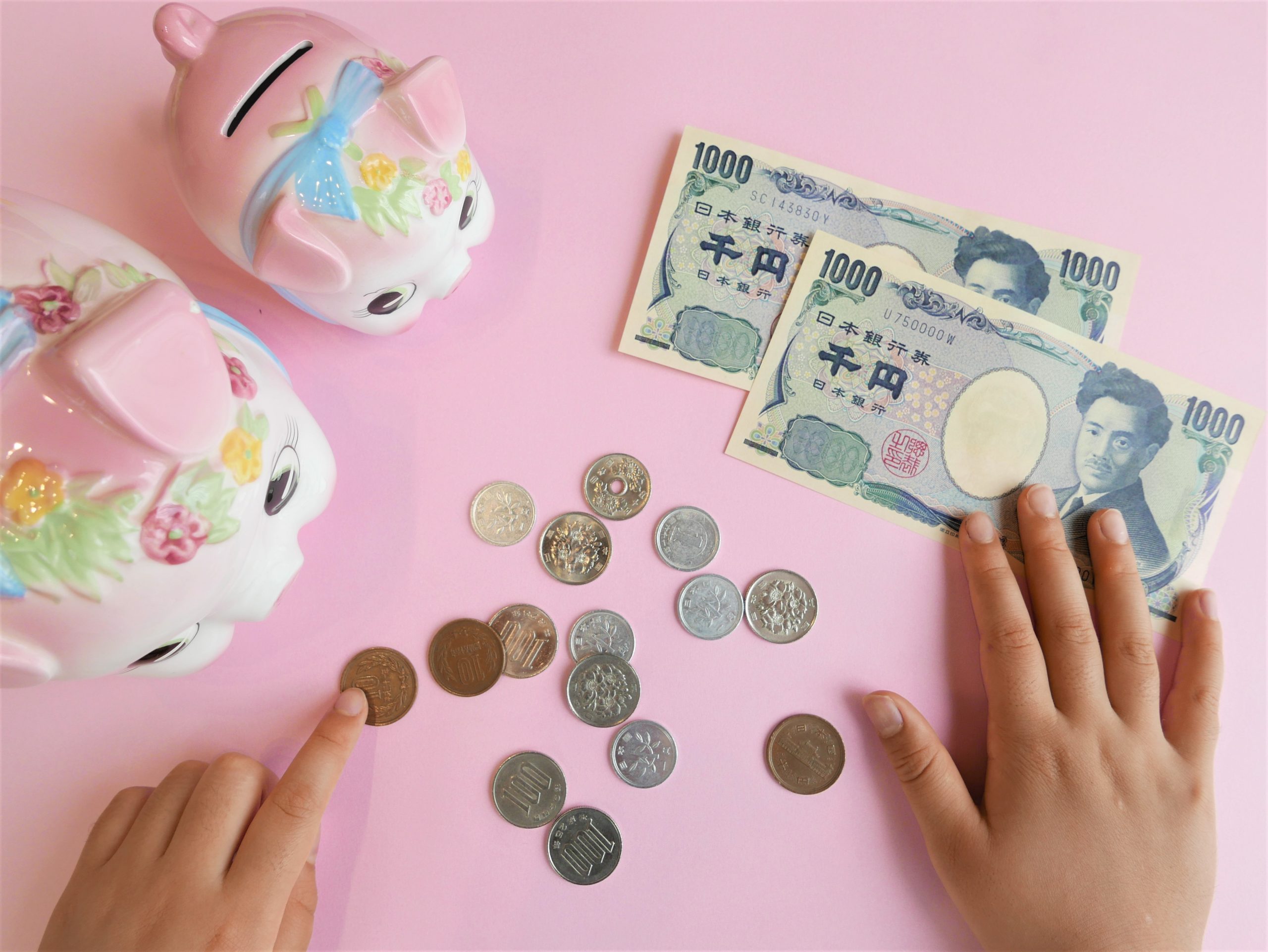 Numbers are important when you’re travelling in Japan. You need them for money, for telling time, or for ordering food at a restaurant. So how do you count in Japanese? If you’ve ever taken a karate class, you might know the basic ichi, ni, san! But perhaps you’re no karate kid and are daunted about where to start. In this article, we’ll be looking at all the Japanese numbers, as well as the various ways to count them.

It’s important to know that there are two different types of numbers in the Japanese language. One is based on the old Chinese language, or 漢語 (かんご、kango). The other is based on original Japanese, called either 大和言葉 (やまとことば、Yamato kotoba) or 和語 (わご、wago).

There are also a couple of important exceptions in pronouncing certain Japanese numbers. These exceptions might confuse you if you see them in a counting chart, so we’re going to look into how to pronounce these numbers and why they’re so different.

As we mentioned earlier, counting with kango or 漢語 means you’re counting based on the old Chinese language that influenced Japanese. It’s probably also the counting style you’re more familiar with: the ichi, ni, san style. Kango is different from the original wago in two major ways: it doesn’t use any hiragana, meaning it’s kanji-specific, and it will often require counters. We’ll talk briefly about Japanese counters later; they’re words to specify the object being counted. Kango is more widely used when counting in Japanese. It’s also the style people use consistently when counting beyond 10.

That doesn’t discount wago, or 和語. Although it’s typically only used to count up to ten, the counting style based on wago is elegant and simple in that it doesn’t require counters. Wago uses hiragana in every number except for 10, following numbers 1~9 with the hiragana つ. You will find wago counting very useful if you aren’t sure which counters to use, or when you want to count simple objects like food in a restaurant order.

Kango and wago are fascinating topics of study; check out Tofugu’s in-depth article about these two roots of Japanese and their relationship with counting.

We mentioned that some numbers in Japanese are special. Technically, these numbers are especially unlucky; Japanese people can be superstitious to the point that if a pronunciation makes them uncomfortable, they’ll create an alternative. That is why there are two pronunciations for the kango counting of 4 and 9.

The number 4 is originally pronounced し, or shi in the dominant kango counting style. This bears an unfortunate resemblance to the Japanese word for “death,” or 死（し、shi）. The second pronunciation for the number 4 is よん, or yon.

Likewise, the number 9 is pronounced く, or ku. This sounds like 苦（く、ku） or “agony, suffering.” Nobody wants that, so a slight variation was created: きゅう, or kyuu.

While it isn’t related to an unpleasant word, the number 7 （しち、shichi）was also given an alternative pronunciation. This is because it sounded a little too like 1, or いち（ichi）! The number 7 is alternatively pronounced なな, or nana.

Keep in mind that while the alternative pronunciations of these two numbers are by far more commonly used, the original pronunciations are still more appropriate depending on what is being counted. This is more for the sake of audible aesthetics than anything else. We’ll be sure to let you know which pronunciation to use, so don’t worry! Let’s dive into the meat of this article.

Bearing in mind what we’ve just learned about the different counting styles and exceptions for certain numbers, let’s try counting to 10 in Japanese!

Are you still with us so far? Counting to 100 in Japanese is actually easier than it sounds, because Japanese numbers stack quite formulaically once you’ve learned 1 through 10.

Have you noticed the pattern? It’s 10（十）+ 1~9. You might also have realized that 4, 7, and 9 are being used with their alternative pronunciations. This will be the same for the reverse of this formula when we hit powers of 10.

Again, the numbers 4, 7, and 9 are still being pronounced using the alternative style. Can you see the formula at work here? Counting in Japanese is mostly about sticking to the basic numbers and then stacking them.

Up we go! Counting over 100 in Japanese

While larger numbers might seem daunting in a new language, counting larger numbers is important in Japanese for money reasons. If you ever decide to visit Japan, you’ll find that only the coins (measured in yen, or ￥/円) are below 100. Most purchases you make in Japan will be over 100 yen! That said, counting over 100 is just like counting up to 100: there’s a steady, formulaic pattern to it, and you just have to learn a few new numbers.

See? The numbers stack nicely. There are a few notable changes in pronunciation. 300, 600, 800, and 900 are all slightly different than the other hundreds. This is to promote smoother speech, and you might find that 3, 6, and 8 often have pronunciation differences depending on how the syllables or sounds of words end up fitting together.

In terms of money, you’ll mostly be using the numbers between 100 and 10,000—unless you plan on hitting it big in Japan! Still, it’s helpful to know larger numbers just in case. For more information on big numbers in Japanese, check out Mondly’s article and Learn Japanese Adventure for even more cool graphs and in-depth explanations on those daunting, long numbers.

We’ve covered the big Japanese numbers. What about really small numbers? How do you say “zero” in Japanese? There are three different ways to depict the number 0, and each has a nuance to it.

The original Japanese word for zero is 零（れい、rei）. However, it is hardly used in modern day Japanese. One instance in which you definitely would use it would be if the temperature were 0 degrees! That’s Celsius for Japan, by the way. 零度（れいど、reido）is 0°Celsius.

Ironically, Japanese people use the borrowed word for zero more often than they do their own. ゼロ (pronounced “zeh-ro”) is the most popular way to refer to the number 0. ゼロis applicable in almost every instance that the number 0 appears—except, of course, for 0°Celsius.

Finally, you could say 丸（まる、maru） to refer to 0. Maru technically means “circle.” It was used more commonly a few decades ago, but these days is only pronounced if a zero is found in a building number. For example, the apartment number 202 would be pronounced 二〇二（にまるに、ni maru ni）. We would recommend against using the word maru too ambitiously—apparently it’s a pretty outdated term!

At the beginning of this article, we mentioned counters and how they work in tandem with numbers when you’re counting in Japanese. However, there is an astonishing amount of different counters in the Japanese language. Even Japanese people don’t remember all of them! It’s a big topic to tackle, so we’ll just give you a peek at the most useful and common ones for now. Here are a few simple counters you can practice with. You’re guaranteed to hear these every day in Japan!

Although the counter ko is technically supposed to be for small, hard objects, it gets thrown around with pretty much any object when the speaker doesn’t feel like figuring out which counter is best.

Many native speakers have recommended that I just use ko if I’m confused, as everyone knows it. Ko is only used with the kango counting style. Here’s an example of how to count things using ko:

In Japan, trains are always on time—let’s make sure you can tell the time! The counter for hours in Japanese is ji, and the counter for minutes is fun. To say the time in Japanese, you would say number時 number 分. Here are some examples:

The word 半（はん、han） means “half” and is always used at the half-hour mark. Also, keep in mind that many people use military time in Japan.

If you visit a restaurant in a group of people, you’ll need this counter. To count the number of people in a room or a group, you’ll actually need to use both the wago and kango counting styles. 1 and 2 will be in wago, and the rest will be in kango.

Here are some great questions and phrases that are related to Japanese numbers. You might have to answer them with some of the numbers you’ve learned in this article, so it’s best to start practicing now!

Thank you for reading our article on counting in Japanese! If you liked this content, check out these other awesome resources that cover the same topic:

If you have any questions or comments, or notice any mistakes in this article, please contact us or reach out in the comment section! ありがとう！ 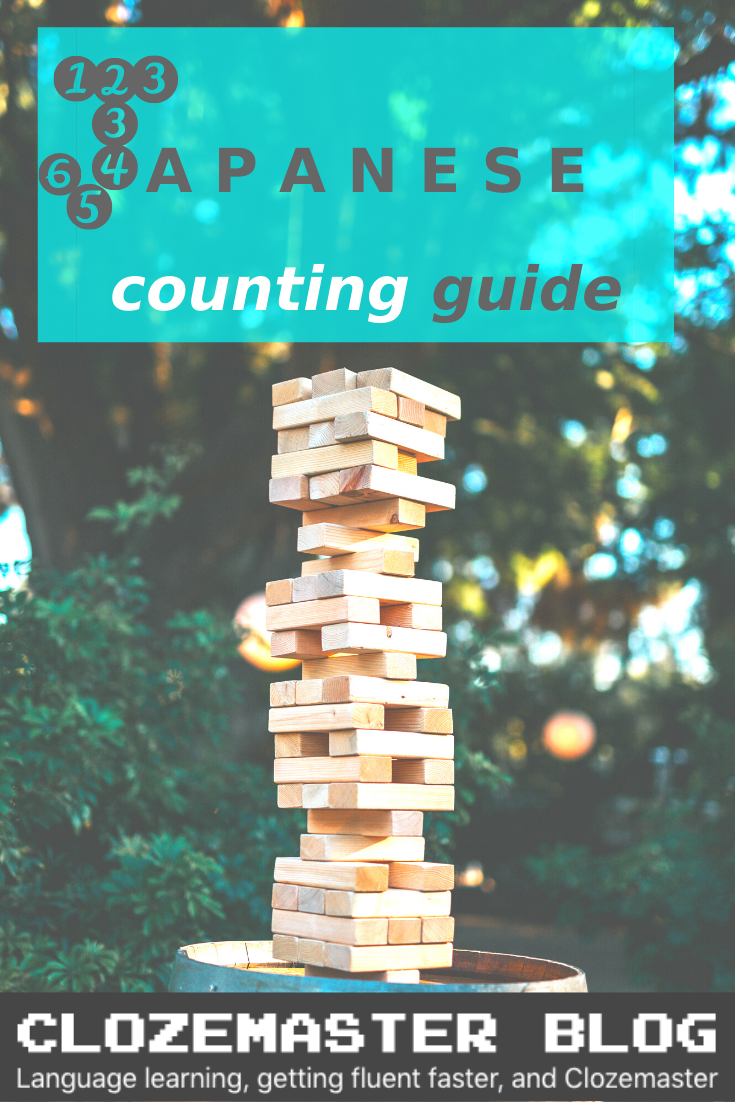