Saying ‘hello’ in Korean should be quite simple as there is one expression that directly translates to the English word ‘hello’. However, as with any expression in Korean, we have to be careful of whether we use the formal or informal language depending on the person we’re speaking to. Moreover, Korean adults often don’t use the word ‘hello’ to greet each other, and they choose to say ‘hello’ using other expressions… Confused? Well, by the end of this article, you definitely won’t be.

In this article, we’ll first explain the most common way of saying ‘hello’ – both the formal and the informal version – and then we’ll guide you through some other expressions Koreans use to greet each other.

‘Hello’ in Korean – the informal form

The Korean equivalent of ‘hello’ is ‘안녕’.

What does it mean

안녕 literally means ‘to be comfortable’, though this meaning of 안녕 is very formal and Korean language also has other words to describe something as being ‘comfortable’. However, when 안녕 is used as a phrase ‘안녕하다’ to mean ‘hello’, it is used to wish someone to ‘feel comfortable’. In modern Korean, people don’t think of its meaning as wishing someone to feel comfortable and most Koreans just know 안녕 as a form of greeting.

안녕 is a casual form of ‘hello’, so there are certain rules to follow on how to use ‘안녕’.

Why don’t adults use 안녕?

If you didn’t know already, Korean language has specific rules on how language is used, particularly between people of different age and rank in society and in organizations. There are specific formal, polite and informal forms of every expression – and 안녕 is no different.

The main reason why adults, particularly men in their 40’s and over, don’t use 안녕 is because 안녕 is primarily used by children, and in a conservative society as Korea, it would be inappropriate for a male adult to use an expression that is used mainly by children.

안녕 is ‘hello’ and ‘goodbye’

Interestingly, 안녕 means ‘hello’, but also ‘goodbye’. So Koreans will say 안녕 when they meet, but also 안녕 as they go their separate ways. So, don’t be surprised when a Korean person uses 안녕 not only when you meet them, but also when you’re saying goodbye to each other.

‘Hello’ in Korean – the formal form

The formal ‘hello’ in Korean is ‘안녕하세요’.

안녕하세요 is the formal version of 안녕, and this is what Korean adults will say when they meet each other for the first time, or when adults are saying hello to those they are not familiar with. Also, Korean adults will say 안녕하세요 in settings when they need to be polite, even if they’re greeting people they know quite well. A prime example of this is at the workplace. Adults will generally use formal and polite language when they’re at work, where use of informal language may be considered impolite, and often times quite rude.

Also, when adults talk to other adults who are older, or are of higher in rank at workplace, they will say 안녕하세요.

Lastly, when children say ‘hello’ to adults, they have to say ‘안녕하세요’ – this is an absolute must. A child saying just 안녕 to an adult is considered very rude.

The answer is no. While 안녕 means ‘hello ‘and ‘goodbye’, 안녕하세요 only means ‘hello’. The polite form of goodbye is 안녕히 계세요.

계세요 means ‘please stay’, so together with 안녕히, it roughly translates to ‘please stay comfortable’. The rules of usage are similar to 안녕하세요. It’s used among adults who have just met for the first time, or who aren’t familiar with each other, and it’s also used at places where use of formal language is important.

The final form of ‘hello’ in Korean is the super formal form, which is only used by certain people

안녕하십니까 is so formal that even if you’re meeting your boyfriend, or girlfriend’s parents for the first time, you wouldn’t use it – it would make everyone feel really awkward if you did. Korean people rarely (if at all) use this to each other. The only place where you might hear people say this is if a business wants to show utmost respect to its customers. You won’t hear staff from every restaurant and shop use this, but some shops and restaurants will train their staff to use this phrase to greet their customers as it displays a great deal of respect to the customers.

Therefore, it’s important to note that while you’re unlikely to ever use it, you will certainly hear Korean staff use this phrase to you (next time you’re on a flight on a Korean airline, listen carefully to how flight attendants greet you).

What we know so far about ‘hello’ in Korean

So we’ve covered most ways Korean people greet each other, but what about Korean adult males? They don’t use any of the three mentioned above, so what do they say when they’re saying hello to their friends?

‘Hello’ among adult friends in Korea

There are two ways to say hello in Korean ‘안녕’ and ‘안녕하세요’, and the problem lies in the fact that there are only two forms of ‘hello’ in Korean – one is casual and the other is formal. While it is okay for women of all ages to say 안녕 to each other, it isn’t so for Korean men.

Korea is a rather conservative society, and this is very much reflected in the way they use language. As such, it would be very awkward for male adults to share the same language used by children to greet each other.

Then how do Korean male adults say ‘hello’ to their friends?

Well, there is no one answer to this question, but Korean male adults may use a range of expressions to greet each other. Here a few expressions Korean men may say instead of ‘hello’.

반갑다 means ‘it’s good to see you’ and this is perhaps the most common way for Korean adult males to greet their friends. 반갑다 also has a formal form ‘반갑습니다’ (ban-gap-seum-ni-da), but since this is formal, it is often used when people meet each other for the very first time and it means ‘it’s nice to meet you’.

This phrase roughly translates to ‘have you been well?’, and this is one of the most common ways in which Korean male adults greet their friends. There is also a similar phrase ‘잘 있었어?’ (jal i-sseo-sseo), and this phrase means the same as ‘잘 지냈어?’.

This phrase means literally translates to ‘long time no see’, and similar to the English phrase, you would use this phrase to a close friend whom you haven’t seen in a long time. Sometime, you can use this phrase and the phrase before together and say ‘오랜만이야. 잘 지냈어?’

The final phrase roughly translates to ‘it’s good to see your face’, and while the first three phrases can be used by people of all ages to greet their friends, this phrase is rarely used by teenagers and children. This phrase is quite colloquial and it’s quite an informal way for adults to greet each other.

So the three forms of ‘hello’ are:

Each form has specific rules of usage.

We also looked at some common ways Korean male adults greet their friends: 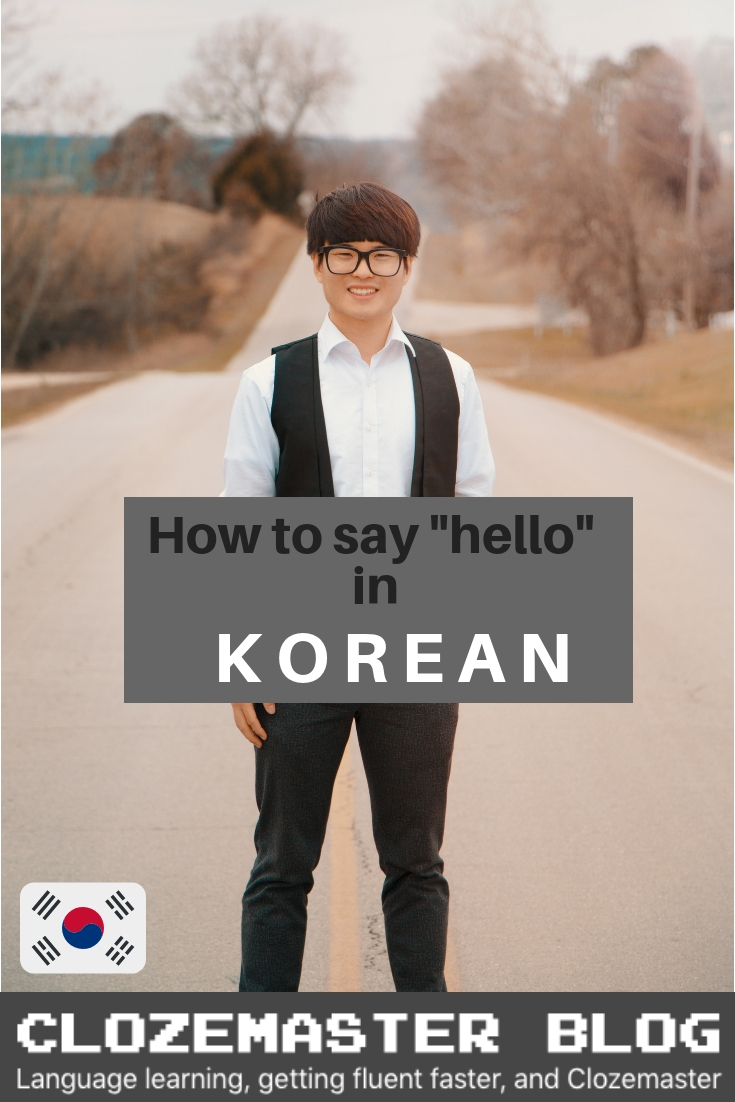 1 thought on “How to Say “Hello” in Korean: A Complete Guide”