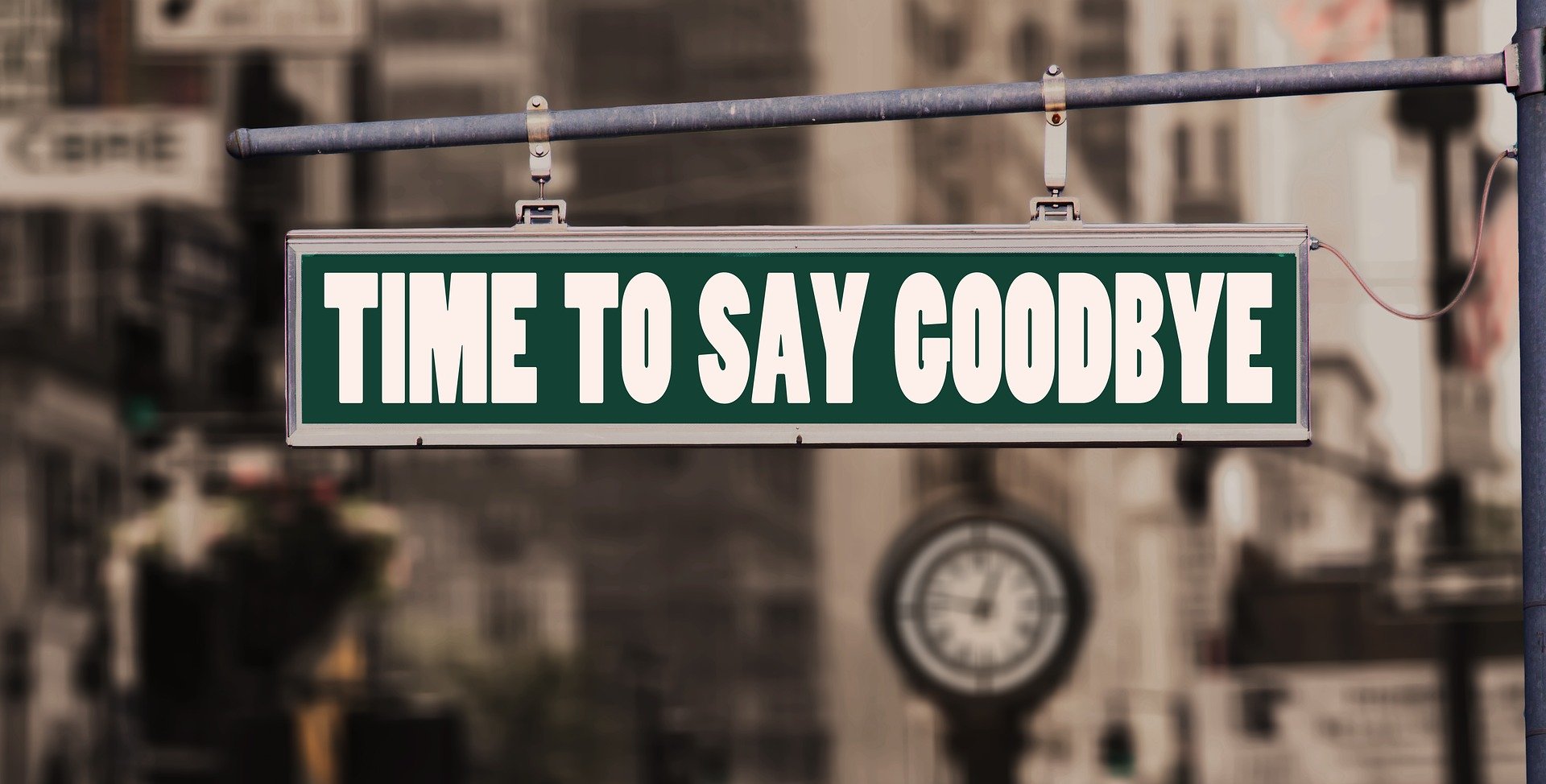 So in Korean, we have different goodbyes for when…

Another important factor to consider is where you are when saying goodbye, such as at your home, your workplace, or at a neutral venue like a café or a restaurant.

You’re staying and the other person is leaving

So let’s imagine that a friend came by to your house. Your friend wants to borrow a book, and after a brief catch up, the friend is about to leave. To say goodbye to a friend who’s about to leave your home, you can say ‘잘 가’.

잘 is an adverb that means ‘well’, and 가 is a verb that means ‘go’, so literal meaning of 잘 가 is ‘go well’. This is a casual form of goodbye in Korean, so we can say it to friends, or close family members who are of similar age. However, let’s imagine that the person visiting your home is your grandmother, your teacher, or a family friend who’s much older than you. Then, we need to use a more respectful version of 잘가, and it’s 안녕히 가세요.

Sometimes, Koreans also just say ‘가세요’. This is still a respectful way of saying goodbye, as the verb is in a polite and honorific form.

There is a formal form of this goodbye and it is 안녕히 가십시오.

Because this is formal, it’s rarely used in everyday speech and is only used to show very high respect, so it’s most commonly used by shop and restaurant staff when they say goodbye to customers.

You’re staying and the other person is leaving

Now this time, let’s imagine a situation where you visit your friend’s place, and as you’re leaving, you want to say goodbye to your friend who’s staying home. In this situation, you can say 잘 있어.

잘, as we learned before means ‘well’, and 있어 is the casual form of 있다 (idda), which means ‘to stay’, so together 잘 있어, means to ‘stay well’, so we say this expression when we’re leaving a place and the other person is expected to stay. However, ‘잘 있어’ is a casual expression and should only be used with friends or close family members who are of similar age.

Therefore, let’s imagine that you went to see your professor at his or her office. Now, if you’re leaving your professor’s office, you can’t say 잘 있어 to say goodbye as this is a casual expression. A more polite way of saying goodbye in Korean in this situation is to say 안녕히 계세요.

As we have learned already, 안녕히 is an adverb that means ‘peacefully, comfortably’, and it is used with 계세요 which is the polite and honorific form of 있어, which means to stay. So altogether 안녕히 계세요 means ‘please stay comfortably, please stay peacefully’, and this is the polite and respectful way of saying goodbye when we’re leaving someone’s home or their office.

It’s important to note that we don’t say 잘 있어 or 안녕히 계세요 when we’re at neutral venues, such as restaurant and cafés as even if the other person is staying at that place for a little longer, they are expected to leave at some point in the near future.

This form of goodbye also has a formal form and it is 안녕히 계십시오.

This is a formal way of saying goodbye to someone who’s staying somewhere, so it’s rarely used in everyday speech. It’s only used in very formal settings.

However, let’s imagine that you and your friend had coffee at a café and are about to leave. You are going to go to the bookstore while your friend is going home. When we know that the other person is going home, then we can say, 잘 들어가.

If we need to use the same expression in a formal situation or when we need to be more respectful, we can say 잘 들어가세요.

So this expression is exactly the same, except the verb 들어가 changes to the polite and honorific form 들어가세요.

So far, we learned three forms of polite goodbyes in Korean:

And each version begins with one of two adverbs – 안녕히 which means ‘peacefully’, or 잘 which means ‘well’. However, when we say goodbye to people who are leaving us, we can also use the adverb 조심히 (joshimhee) which means carefully. So using this adverb we can say.

When we use 조심히, the meaning of goodbye becomes ‘have a safe journey’.

Other ways of saying goodbye in Korean

Similar to English, we can also say ‘see you later’ in Korean and this is 또 봐요.

또 means ‘again’ and 봐요 is the polite form of 보다 which means ‘to see’, so this phrase means ‘see you again’, and there are also different versions of the same phrase:

The final goodbye we’re going to learn is the simplest form of goodbye in Korean, and it’s 안녕.

In Korean, 안녕 can mean both hello and goodbye, but it’s a casual form, so we would only say this to friends or those we are close to and are of similar age.

We’ve learned many ways of saying goodbye in Korean, but if you’re with friends and you’re not sure which form of goodbye to use – just remember to say 안녕!

So today, we learned many different ways to say goodbye in Korean.

We first learned how to say goodbye when someone is leaving:

Then we learned how to say goodbye when someone is staying:

After that, we learned how to say goodbye to someone going home:

We then learned to use the adverb 조심히, which means “carefully”, when we say goodbye to someone leaving or going somewhere.

Finally, we learned a few other way of saying goodbye, which were to say ‘see you later’, and the simple form of goodbye, 안녕.

And now you’re ready to say goodbye in Korean, and it’s our time to say goodbye too. Hope you found this article useful and do remember to use Clozemaster to learn and practice Korean expressions. 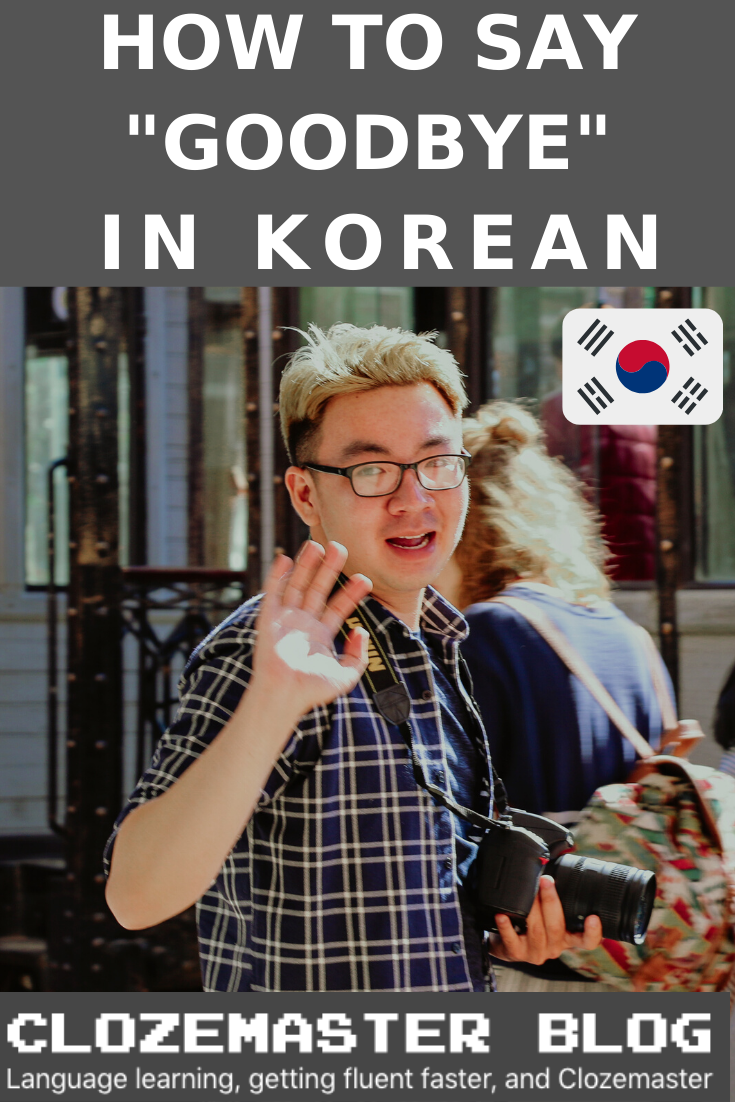