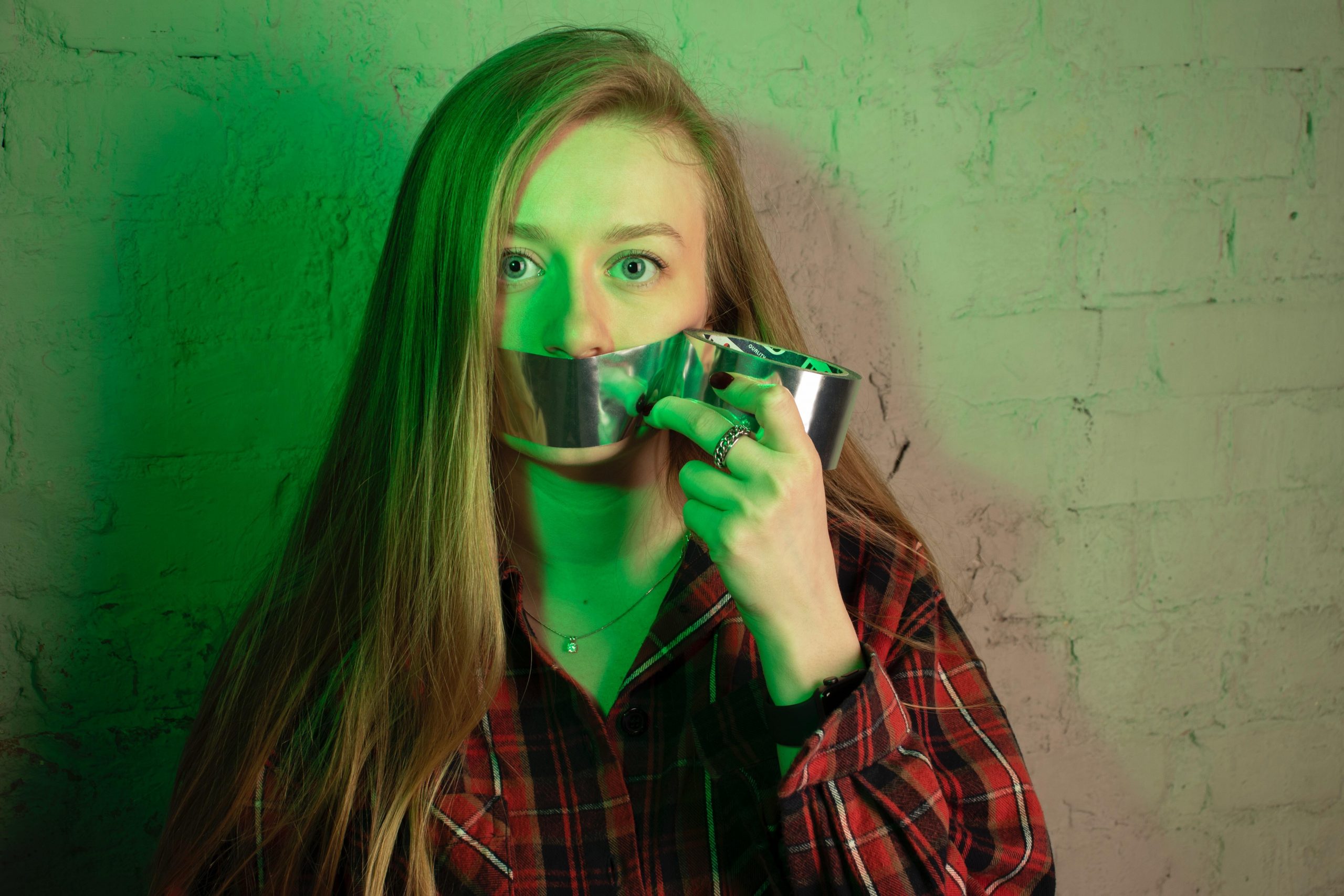 So you’ve got to that stage in your language learning journey where you’ve been studying for years, you’ve mastered the grammar, you’ve mastered thousands of sentences in Clozemaster, and you’ve even had plenty of conversations in the language. You feel like you’ve learned all there is to learn, and practiced as much as anyone could ever practice.

So why do you still feel you’re not fluent?

Why do you still stumble over words, forget what you’re saying in the middle of a sentence, mess up and correct yourself, repeat yourself, pause, use the wrong word for the context, use what feels like dozens of filler words per sentence, and the list goes on?

There might be a perfectly justifiable explanation for this that has nothing to do with your abilities in your target language. The truth is, the concept of fluency is arbitrary. The reason you stuff up so much when you talk in the language you’re learning? It’s likely due to your personal speaking style – which is likely the same in your native language as it is in any other language you learn. 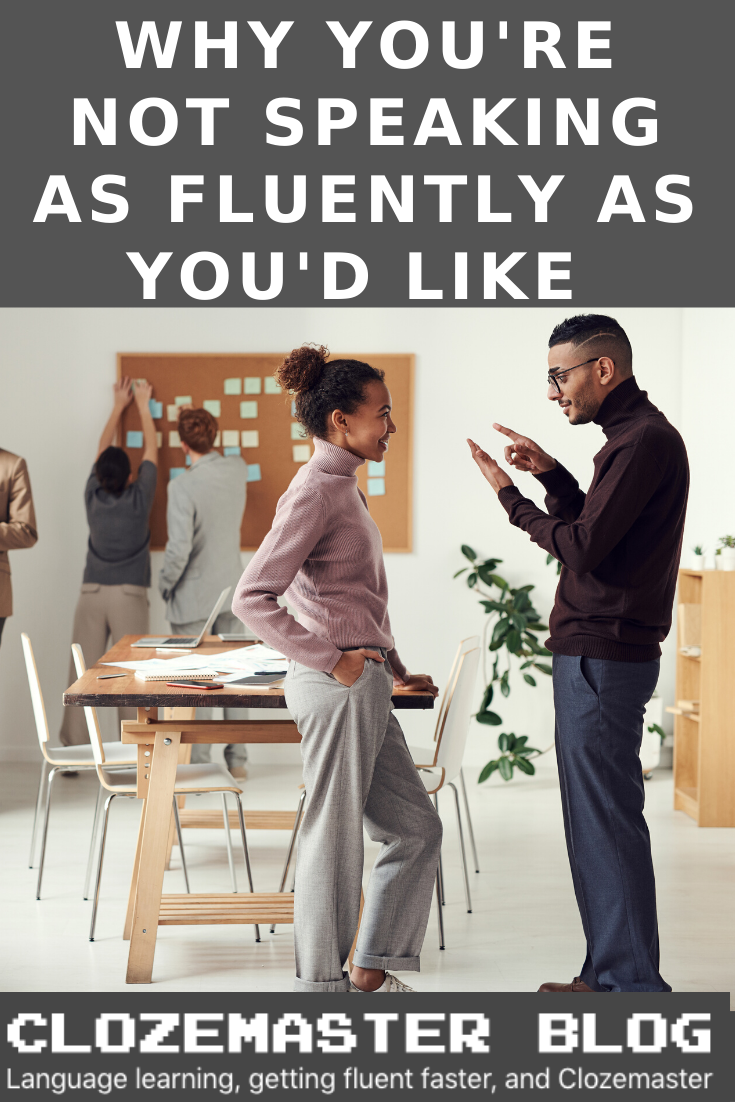 What is personal speaking style?

Personal speaking style is the way that we naturally speak. Behaviors in speech vary a lot between speakers. Dysfluent behaviors are things like pauses and re-tracking, and are not thought to be indications of unintelligence. Your personal speaking style includes how fast you speak, how often you correct or repeat yourself, how often you pause, and when and how you pause during speech. A number of linguistic studies have found that these habits are found to carry over into your second language speech as well.

There are a number of different definitions and characterizations of fluency which have been put forward by linguists throughout history. The idea of “fluency” has come to be interchangeable with general language proficiency, but that is not what we’re talking about here. I’m talking about fluency as determined by how smooth, flowing, continuous, and automatic speech is.

Fluency is difficult to measure but linguists conducting experiments tend to focus on what’s called utterance fluency (identified in a 2010 paper called Cognitive Bases of Second Language Fluency by Norman Segalowitz). Utterance fluency can be measured based on the number of fillers and pauses in speech, as well as speed of speech. So in essence, utterance fluency is a measure of personal speaking style.

Which “mistakes” when speaking are due to fluency vs. speaking style?

If your natural speaking style tends to include a lot of pauses, speech fillers, rewording or self-correcting, the chances are that your second language speech will have even more. So there is definitely an aspect of these dysfluency features that are attributed to lower fluency levels.

Things like speech speed seem to have lower correlations between first and second language speech. However, pauses and filler words (such as “umm” and “ahh” in English) have been found to have higher correlations in their frequency in the studies we will discuss.

How do you know whether it is your language ability or your personal speaking style that is making you mess up in speech?

This all depends on your own personal speaking style. Think about how you speak naturally when you are speaking your first language. Do you tend to say words like “um” or “like” a lot, or do you stop to think often? Do you use “I mean” or “actually” and then start your sentences again? Do you repeat yourself or start saying something but then change your mind? If you do, then it is likely that a lot of these tendencies are seeping into your second language when you talk as well.

Two recent studies have contributed to the idea that second language fluency is not as directly related to proficiency as we might think.

In one 2019 study by Nivja H. De Jong (a1) (a2) and Joan C. Mora, Spanish speakers learning English were tested to see if their general articulatory skills (i.e: how well they can move their mouth to produce sounds) had baring on their linguistic abilities in either language. It was found that good articulatory skills correlated with fewer speech pauses and delays in both the native and second languages. So if your articulatory ability (that is, the ability to make sounds with your mouth accurately and rapidly) is lower, you’d be much more likely to pause often when you’re speaking, whichever language you’re speaking.

In another 2020 study by Zeynep Duran-Karaoz and Parvaneh Tavakoli, Turkish natives learning English were tested to see if their speaking habits changed much when they were speaking Turkish vs when they spoke in English under similar circumstances. This study used English learners of different proficiency levels, from A2-B2. There were positive correlations between the number of pauses and fillers and the ways they were used in both languages. There were also positive correlations between the number of self-corrections and rephrasings. The interesting thing was that the correlations were basically the same, no matter which level of English the subject had. So the gist is – if you correct yourself a lot and use lots of fillers in your native language, you’re likely to do the same in the language you’re learning, regardless of your level.

What does all this mean?

The Turkish study has pointed out that the IELTS test (and undoubtedly many other language proficiency tests) tend to view self-corrections and rephrasing of sentences negatively, as if this is something that indicates lack of second language fluency. While this is sometimes the case, it is often just a case of people using their natural speaking style. So is it time for IELTS and others to change their testing criteria?

At the end of the day, making mistakes and using speech repairs and fillers are all part of the process and fun of speaking any language. So if you’ve been feeling down about the way you speak, just remember that it’s a completely normal part of the process. Humans are imperfect creatures and imperfect speech is more common than perfectly fluent speech, even among native speakers. 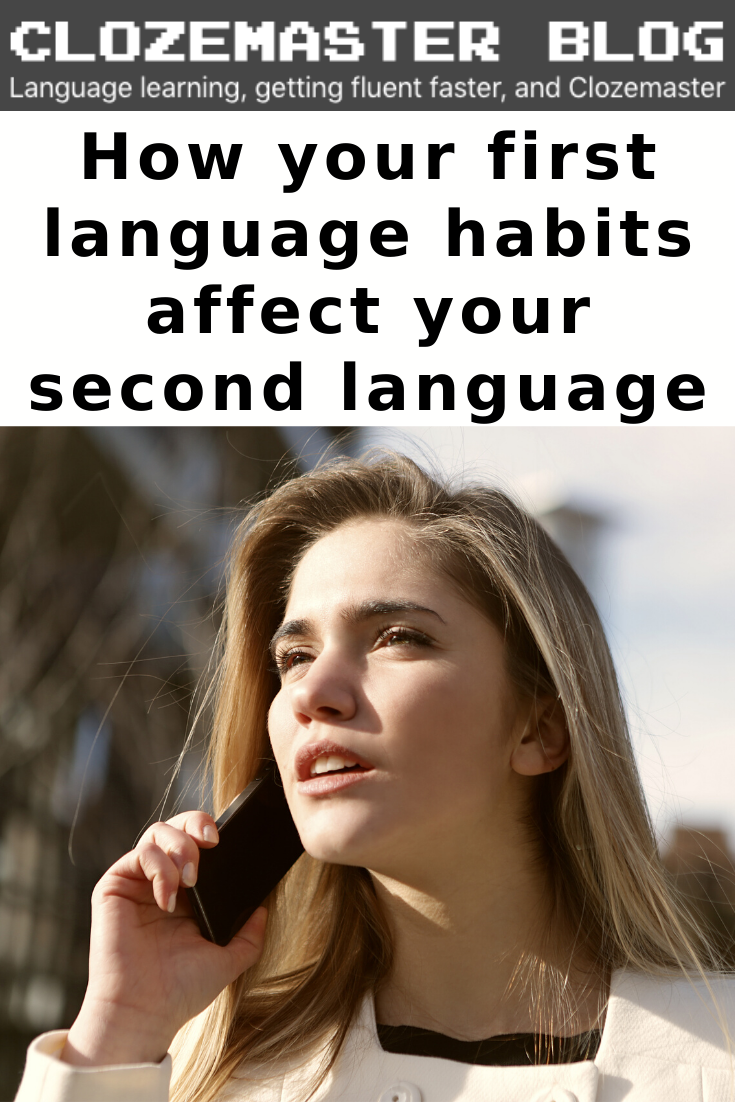 2 thoughts on “Fluency vs. Dysfluency: Why You Might Not Be Speaking as Fluently as You Want to Be”