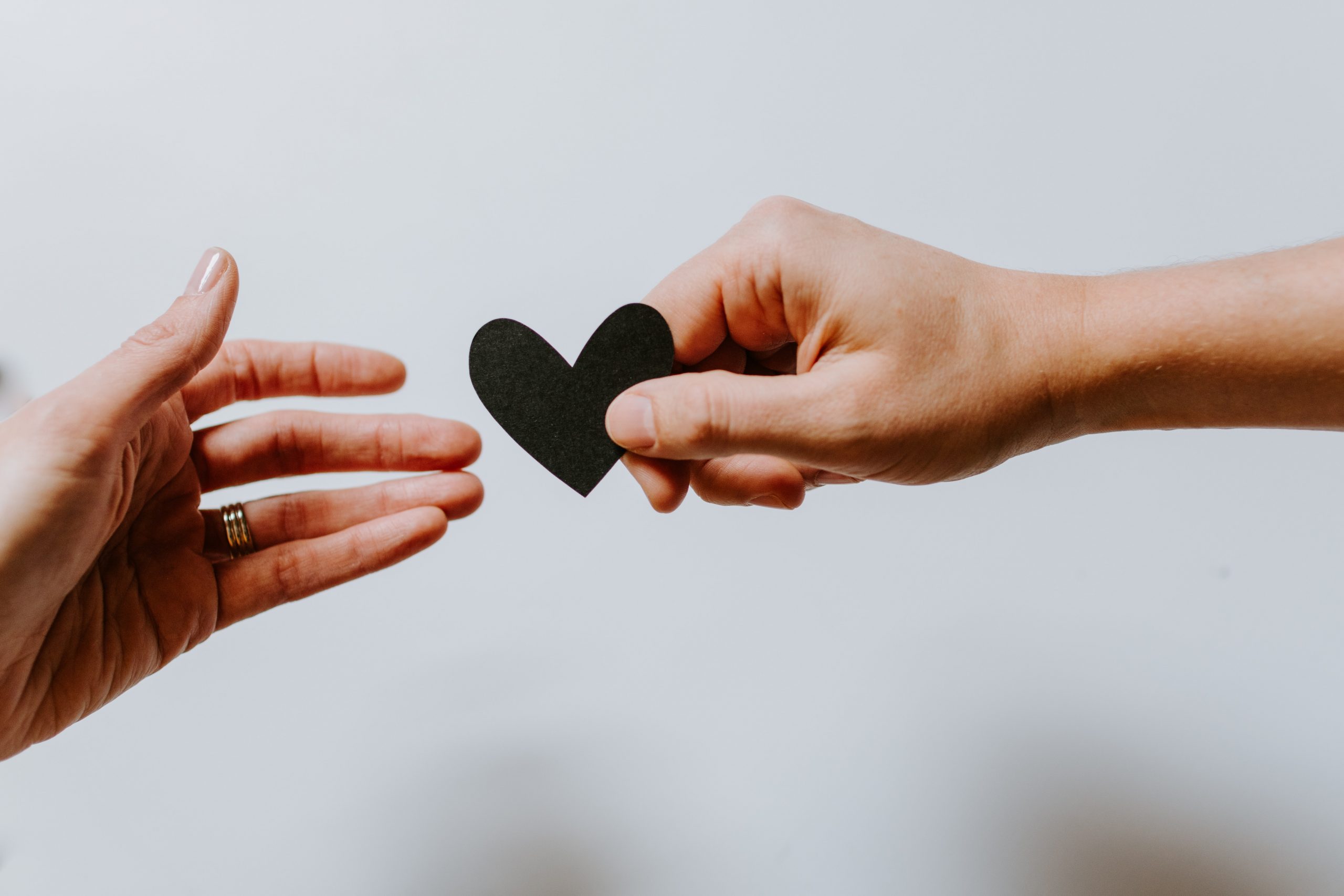 In the English speaking world, we so often hear French referred to as ‘the language of love.’ And today we’re going to take some time to focus on that very subject – love. We’ll go over how to talk about love in French including how to talk about falling in love, and of course how to say ‘I love you’ in French.

Likewise, we’ll also go over some of the other words and phrases that you should know with l’amour (love) and aimer (to love).

Saying ‘I Love You’ in French

Let’s start with the big words themselves. If you’re a Francophile then you’ve probably already heard this first expression plenty of times as a staple of every love song from Edith Piaf to Camille.

It’s three simple words, but there are few things to notice here. First, the word te (you) is nestled neatly between the subject je and the verb aimer. Second, the word te has been shortened to a simple t’ since it comes before a word starting with a vowel.

If you want to say ‘I love you’ in French to multiple people then you just swap out the word te for vous.

Je vous aime
‘I love you’

Just like the phrase je t’aime, the direct object vous has to come between je and the verb aimer.

Adding on to Your Love in French

When we feel strongly about someone, we rarely stop with just one simple sentence. And for French-speakers, it’s the same. One you’ve said that you love someone, then you can add onto that feeling with so many extra words to make it even sweeter. We’ve got a few here.

Je t’aime tellement
I love you so much

Of course, you might want to talk about your love without actually having to say the phrase je t’aime. You can also say that you’re crazy about someone or mad about someone. This expression is a bit tricky though since the adjective changes depending on the gender of the speaker.

Maybe we’ve got too fast here because before we are in love, we have to first ‘fall in love.’ It’s a great metaphor of something happening to us that comes off as inevitable as gravity and in French, the expression is actually the same. Francophones also refer to the experience as falling (tomber).

Just like when you say that you’re crazy about someone, the phrase changes according to the gender of the speaker. This time however you need to keep your eye on how both the adjective and the verb change.

Je suis tombé amoureux de toi.
I’ve fallen in love with you (said by a man)

Je suis tombée amoureuse de toi.
I’ve fallen in love with you (said by a woman)

You can see two differences between the two phrases. The feminine participle of tomber has an additional e afterwards. Likewise the adjective that describes being in love changes according to gender – amoureuse if a woman is speaking, and amoureux if it’s a man.

It’s always good when we tell someone that we love them, but sometimes we want to be a bit more cute and a bit less serious. For that we have sweet nothings. Here are a few expressions that you can try out when you just want to flatter your sweetheart.

Je t’adore
I adore you

Tu me complètes
You complete me

The last phrase may seem a bit odd and is a great example of why you should never translate a phrase literally. Although when you compare it to the English phrase ‘under my skin’ you can understand that idea of having a fixation on someone.

When we talk about love in English, we can refer to a lot of different things. You can say that a woman loves her husband, a child loves the beach and a musician loves to play their instrument. You’ll notice that all of these use the word ‘love’ to describe different feelings.

In French, something similar occurs as French speakers use aimer to describe romantic love as well as really liking something.

None of these examples express romantic love but all three use the verb aimer and sound natural to a French speaker. You can think of it this way, when you ‘love’ something that isn’t a person, you’re actually really liking it.

If you want so that you like something with a real intensity you can use the word adorer as well. This verb is a bit tricky and you have to pay attention to what’s being loved. The general rule is if you love something, then adorer is stronger. If you love someone, then aimer is stronger.

Now that you know that aimer means ‘to love’, it’s time to go a bit further. You should know that when you have the word aimer by itself it means love. However, adding on the little word bien at the end, you give the verb a totally different meaning.

If you translate the phrase aimer bien word for word you would get ‘to love well.’ So do you use it when you really love someone? No. And here’s the thing to look out for with aimer bien. It’s actually an idiom that you should use specifically when you don’t love someone romantically.

Je l’aime bien
I like her/him a lot (as a friend, not romantically)

Adding on that bien doesn’t intensify the feeling but instead makes it more platonic and less passionate. The main character of the romantic comedy ‘La Fille Coupée en Deux’ uses this one to turn down her rather persistent suitor. When he asks tu m’aimes? (do you love me?) over and over, she answers je t’aime giving him a huge smile, only to dash his dreams by adding bien at the end.

Other French Words with Love

In English, we attach the word ‘love’ to so many things. We talk about love stories, we sing love songs and watch romantic comedies about love triangles. And it’s the same in French where you can affix the word l’amour or amoureux to most things to similar effect. Here are a few examples that have some pretty clear meanings.

A Love Story or a Love Affair

How do you know the difference? There’s no real rule to the matter, so you’ll have to keep your eyes peeled because context is key.

Tu as ton histoire d’amour
You have your love story

Love stories and love songs may seem obvious, but there are quite a lot of compounds with l’amour that might be less familiar to you. For example la pomme d’amour is a snack you get at a carnival.

Take a look below so you know not to be confused when someone offers l’amour blanc at a restaurant.

Those Other Kinds of Love

Until now, we’ve been focusing on romantic love, but just like in English, the word amour can be used with other kinds of love. Many of these will probably be familiar to you already, but it’s always good to know them.

L’amour-propre
Self respect (literally ‘self love’)

A Little French Perspective on Love and Languages

Our last point about love in French is more about culture than words. In English, when we talk about the “language of love” most people’s minds conjure up an image of French before they even realize. So if French is the language of love in English, what is la langue de l’amour in French? Interestingly enough, it’s Italian.

That’s right, whenever you hear the expression la langue de l’amour used by a native French speaker, you can be confident that they’re talking about Italian.

And with that, you should have a firm grasp on what the French really mean when they talk about l’amour as well as several ways to describe your own love for something. That includes the romantic kind along with all the other kinds of love under the sun.