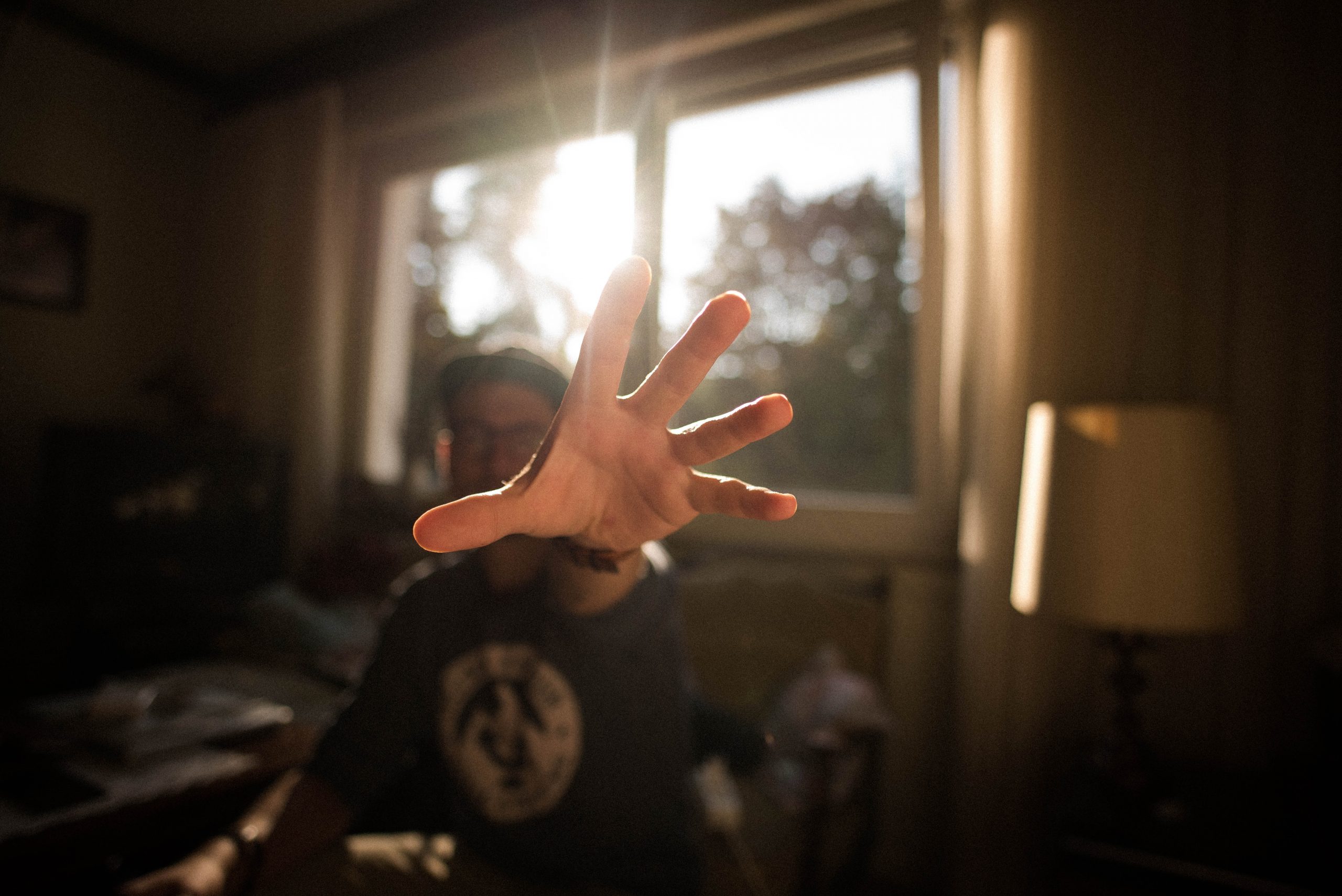 Volere is one of those essential Italian verbs that you’ll use on an everyday basis. It means “to want” and its use is similar to the English counterpart.

The volere conjugation does not follow the regular patterns of the Italian verbs ending in -ere, and thus you need to study it separately. Learning how to properly conjugate this verb will be extremely useful in your daily conversations with native speakers.

In the indicative present tense, volere adds a “g” in the verb root for the first person (singular and plural) and for the third-person plural.

Pay attention to the use of the indicative present of volere when you want to ask for something. In fact, Italian people consider it impolite to use this tense to ask for something, whether you are in a shop or you’re invited for dinner at your friend’s house.

It is best to replace it with the conditional tense instead, similarly to English. For instance:

Volere Conjugation in the Indicative Past Tense

The Italian indicative mood has 5 past tenses: two simple and three compounds. We will take a look the simple tenses first.

Let’s start with the imperfect tense, a mood which is used to describe recurring habits or actions in the past, or simply actions that happened not too long ago:

The second tense is the Italian passato remoto (Remote Past tense), which is almost never used in daily conversation. It looks like this:

This tense is used almost exclusively in literature and you’ll hardly hear it in daily life, with the exception of some regional uses. When talking about past actions in Italian, it’s more common to use passato prossimo or imperfetto.

Volere Conjugation to Talk about the Future

The indicative future simple is another irregular tense: here the root of the verb drops the “l” and takes a double “r”.

Then, you add the regular stems for the future. This is how it looks like:

So far, we’ve seen the present, past and future tenses of volere conjugation in the Indicative mood, the most common and used mood in Italian. In addition to simple tenses, the indicative mood also has compound ones.

In the compound tense you must use an auxiliary verb. Unlike most Italian verbs, which take as an auxiliary either avere or essere, volere can take both. However, you can’t randomly pick one.

Volere is an Italian modal verb and can be followed directly by another verb. For instance: voglio mangiare (I want to eat), voglio dormire (I want to sleep), voglio camminare (I want to walk). Therefore, the choice of the auxiliary depends on the verb that follows volere.

In case volere is not followed by another verb (e.g. when it precedes a direct object), the right auxiliary is avere (“to have”).

After conjugating the auxiliary, you need to add the past participle of volere, which is voluto.

Let’s now take a look at how to form each compound tense and when to use them.

The Italian passato prossimo is one of the most used tenses to talk about the past. It is formed with the simple present of the auxiliary + the past participle voluto.

Since volere can take both auxiliary verbs, we have put both in the conjugation chart; just remember the rule we discussed before.

The passato prossimo and the imperfetto are the most used tenses to talk about the past. You will rarely hear other tenses such as the trapassato prossimo (pluperfect) and trapassato remoto (preterite perfect tense) whose names alone are quite intimidating. Since they’re almost never used, you can look at them quickly and even skip them, it they’re too overwhelming.

Trapassato prossimo is formed with the imperfect of the auxiliary + the past participle of volere.

The trapassato remoto is formed with the remote past tense of the auxiliary + the usual past participle of volere. It is used to express actions which happened a very long time ago (years, or decades).

This tense has no equivalent in English and is mostly used when talking about two future actions, where one necessarily occurs before the other (e.g. Dopo che avrai fatto i compiti, potrai giocare – after finishing your homework, you can play). The futuro anteriore is used in the subordinate clause.

It is formed with the future simple of the auxiliary verb + voluto.

The Italian futuro anteriore of volere is often used for rhetorical sentences, or to express a doubt or uncertainty of the speaker.

Chi avrà voluto fargli del male?
Who would want to hurt him?

Se avrà voluto fare così, ci sarà un motivo.
If he wanted to act this way, there must be a reason.

The Italian subjunctive mood is composed of four tenses and it’s frequently used to connect the subordinate to the main clauses and to express a wish, an opinion, doubt or uncertainty. Let’s see each tense, one by one.

The first three persons of the Italian congiuntivo look the same, and therefore, you may want to include the subject in your sentence to clarify who’s doing the action.

As you can see from the examples, the subjunctive present is used to talk about indefinite situations (I don’t know if you want to come, but you’ll come anyways / I think they don’t want to come, but I’m not sure) and is often preceded by “che” (that).

The Perfect Subjunctive is often used to express a situation of uncertainty that happened in the past.

The perfect subjunctive is also used to formulate hypothesis about a fact or a situation which is unclear to the speaker:

The subjunctive imperfect of volere is a simple tense which is used to express a hope, wish or desire. In English, the congiuntivo imperfetto is translated with the construction would + verb.

Please note that this construction only works when referring to past situations, while to express a wish or belief for actions in the present, you need to use the indicative present simple + the subjunctive present.

The pluperfect subjunctive is one of the most complex verbal forms. It is used in the subordinate clause to express a past action that happened before the other past action described in the main clause.

However, in this case the pluperfect subjunctive is not used to state than an action happened before another, but to underline that a fact or hypothesis was impossible and couldn’t happen.

The conditional tense of volere is the tense used to express polite requests and corresponds to the English “would want”. When you enter a coffee shop or you want to order anything in a polite way, you can use the conditional present of volere to ask for it – unlike in English, which uses the construction would like.

Other situations where the conditional tense is required is to express a desire, an advice, a gentle request or uncertain information. The past conditional is used for the same purpose, of course to talk about past actions.

We’ve nearly come to the end of this long article, but before going, let’s see the imperative and indefinite moods of volere. The imperative is normally used to express an order. You may feel that it’s quite weird to order to someone to want something, and that’s why the imperative mood of volere is rarely used. However, this tense still exists, and it’s conjugated this way:

Lastly, the indefinite moods of volere:

Now that you know the volere conjugation, you have everything you need to say what you want in Italian. Before going, remember to practice with our little test!

Learning how to conjugate volere might seem daunting at first, but don’t worry, it comes naturally with practice.

Test your skills and see what you’ve learned from this article by playing a selection of Italian sentences with conjugated forms of volere. 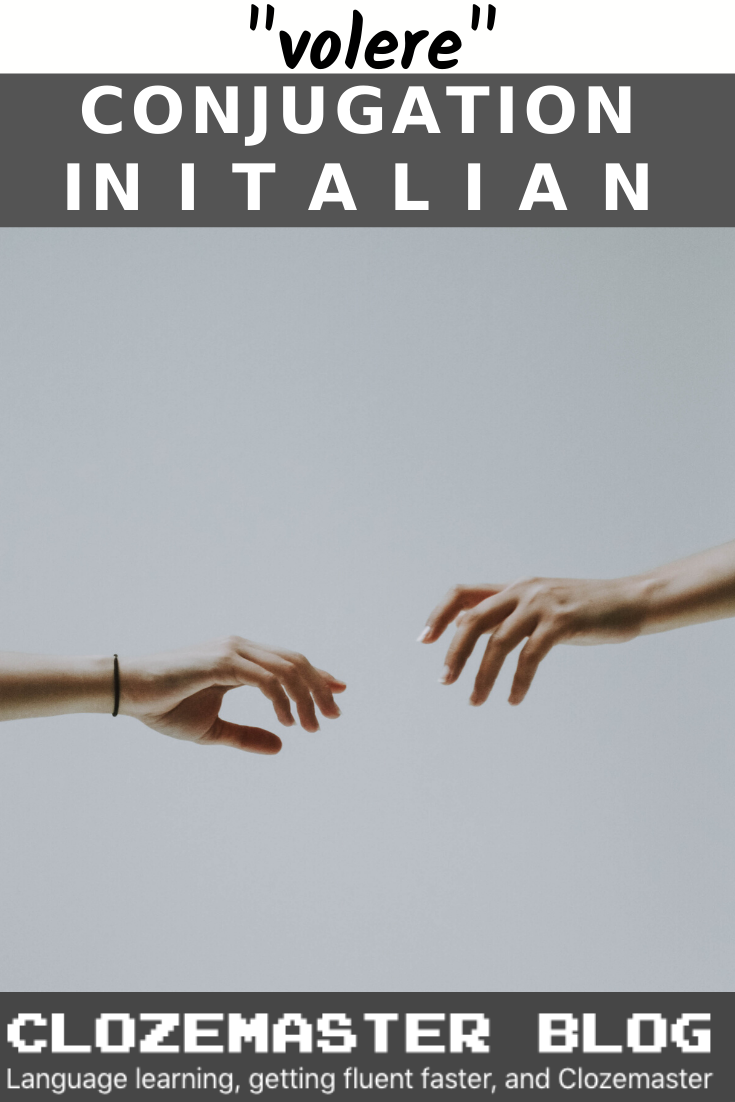