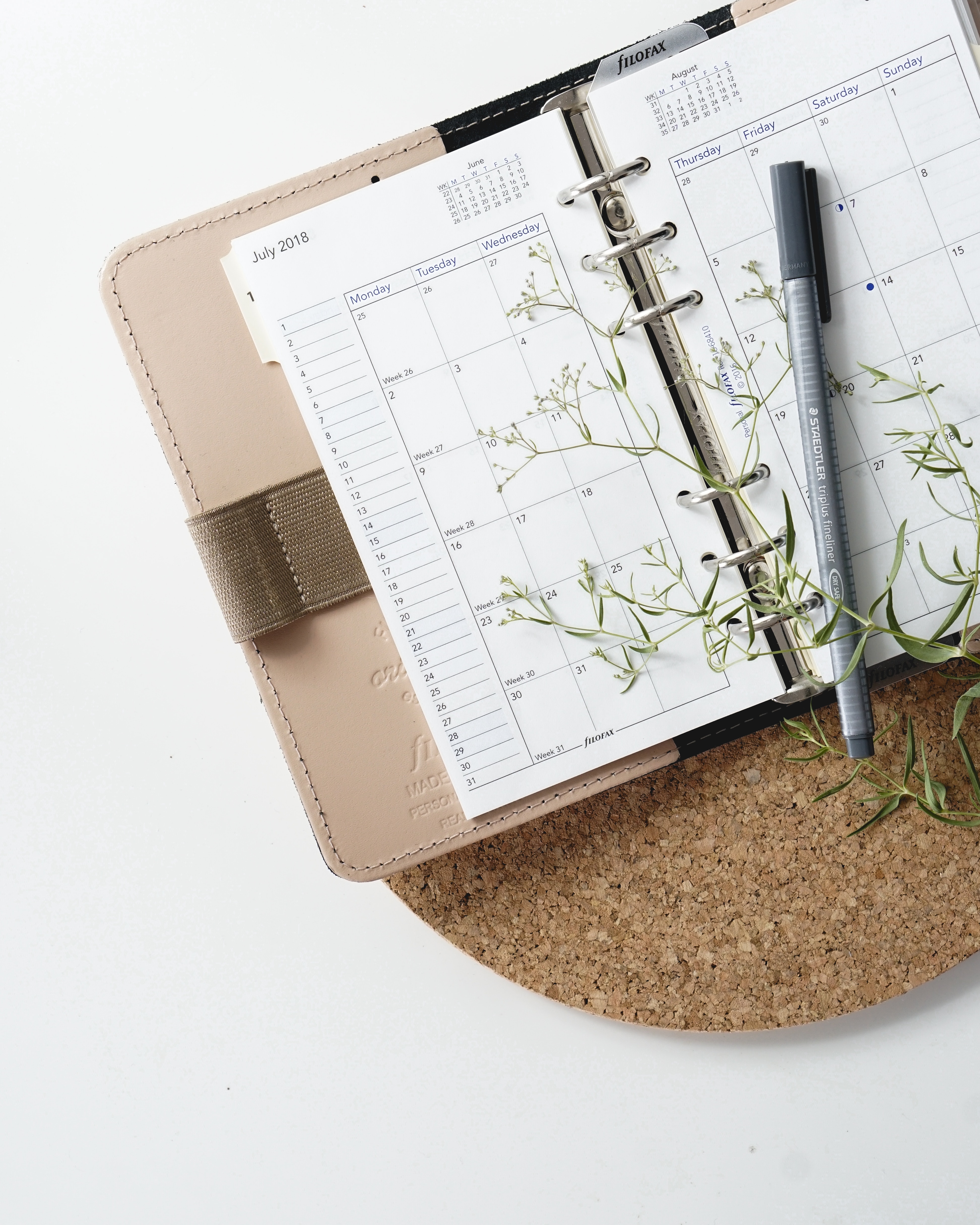 The days of the week in Spanish, or los días de la semana are something you would usually learn pretty early on in your language-learning classes. But if you haven’t fully got your head around them yet, don’t worry! This guide will take you through exactly what the days of the week are, and how to use them in a sentence.

The days of the week in Spanish

In Spanish, the days of the week are named after heavenly or spiritual figures because of their Greco-Roman origin. It might help you to remember them if you know what they are named after.

(from sabat, the Hebrew word for rest)

(from Dominus, the Latin word for lord)

So, the days of the week in Spanish are lunes, martes, miércoles, jueves, viernes, sábado, domingo.

How to remember the days of the week in Spanish

Now you know what the days are, but how do you make them stick? Some ideas to remember the days of the week in Spanish are:

Days of the week in Spanish are masculine & singular

The Spanish days of the week are all masculine words. Although you will notice that some of them end in “s”, they are all singular as well.

The days of the week in Spanish need a determiner

When putting together sentences using days of the week in Spanish, those days absolutely must be preceded by a determiner. 99% of the time this will come in the form of the definite article, el, because all the days of the week in Spanish are masculine and singular words. But as we will see below, there are also other possibilities for determiners.

The days of the week in Spanish are not capitalized

Unlike in English, the days of the week in Spanish do not begin with capital letters.

Forming the plural in days of the week in Spanish

Remember that words ending in s in Spanish do not change in their plural form. This means that 5 out of the 7 days stay exactly the same in plural – yay!

Abbreviating the days of the week in Spanish

Like English, Spanish has some days of the week which start with the same letters, so they need to have a method to know what day they are referring to when it is abbreviated.

The single letter abbreviations are: L, M, X, J, V, S, D. As you can see, they are all intuitive except miércoles, which is abbreviated with X.

Using the days of the week in Spanish in a sentence

When talking about days of the week in English, we almost always use prepositions with the days. The most common of these is “on”, as in “on Monday”. So, the most natural thing to want to do as a native speaker of English would be to say en before a day of the week – however, this is incorrect in Spanish! Instead, we use the definite articles el and los (literally meaning “the”) to indicate that we are talking about a specific day (or specific days) of the week.

Ongoing: Yo voy a mi clase de baile los jueves. | I go to my dance class on Thursdays.

One-off: María se va a encontrar con David el martes. | Maria is going to meet up with David on Tuesday.

The word “every” is indicated in Spanish by the word todo. If you are wanting to emphasize that something happens every week on a certain day, you can follow the same structure as above for ongoing happenings, and simply add in todos before the los. So we say todos los (days).

Helena y Juanita salen de fiesta todos los sábados y domingos. | Helena and Juanita go out to party every Saturday and Sunday.
(Note how you only need to say “todos los” once, even if you are talking about more than one day.)

Before & after – antes & después

To use the words “before”(antes) and “after”(después) in a sentence in Spanish, we need both the word and the preposition, “de”. When talking about the days of the week, there is the added detail of the article before the day, which is still very much needed. In this case, you would only really be talking about a specific day, so would only need “el”.

Remember that putting “de” and “el” together creates an obligatory contraction, so the correct construction is “antes del (day)”.

Quiero verte antes del viernes. | I want to see you before Friday.

Antonio va a hablar con ella después del domingo. | Antonio is going to talk to her after Sunday.

The word for until is hasta and does not require another preposition. So if we want to talk about something happening until a certain day, we simply say “hasta el (day)”.

Voy a estar en Londres hasta el lunes. | I will be in London until Monday.

Te lo presto hasta el sábado. | I’ll lend it to you until Saturday.

No la veo en clase desde el sábado. | I haven’t seen her in class since Saturday.

Unlike the above words, next is not a preposition but an adjective. That’s why its Spanish equivalent (próximo) comes in a slightly different part of the phrase than the examples above. Próximo should appear in between the article and the day, so it will look something like “el próximo (day)”.

Another way to express “next” in Spanish which is slightly more colloquial is que viene. This is an expression literally meaning “that comes”, and in a sentence, it comes directly after the day. So, you should say “el (day) que viene”.

If you want to talk about a specific day of the next week, those two expressions are interchangeable.

El martes que viene tengo una reunión con mi profesor. | Next Tuesday I have a meeting with my teacher.

Va a llover el jueves que viene. | Next Thursday it is going to rain.

Just like “next”, “last” is also an adjective. However, the Spanish pasado is a more traditional adjective in that it comes directly after the noun, not before it. So, you will see “el (day) pasado” to mean that day of the last week.

The only time you don’t need an article when talking about days of the week in Spanish sentences is when you are talking about that day of the current week, using este. This is because este is of the same a word category as el (known as determiners). Because there can only be one determiner in a given noun phrase, este replaces el.

Me gustaría verte este viernes. | I would like to see you this Friday.

Este domingo Juan va a llamar. | This Sunday Juan is going to call.

Hopefully this little guide has given you a good idea about what the days of the week in Spanish are and how to use them! If you want to have a practise now, why not give Clozemaster a try?

Test your skills and see what you’ve learned from this article by playing a selection of sentences with Spanish days of the week: 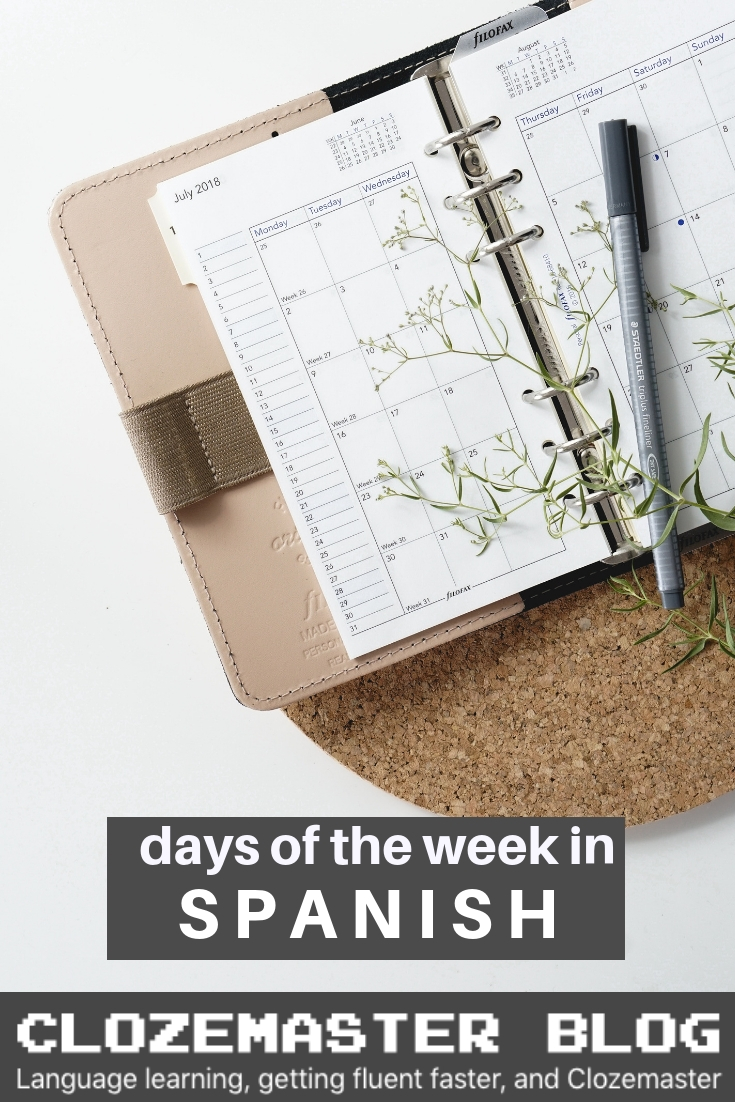