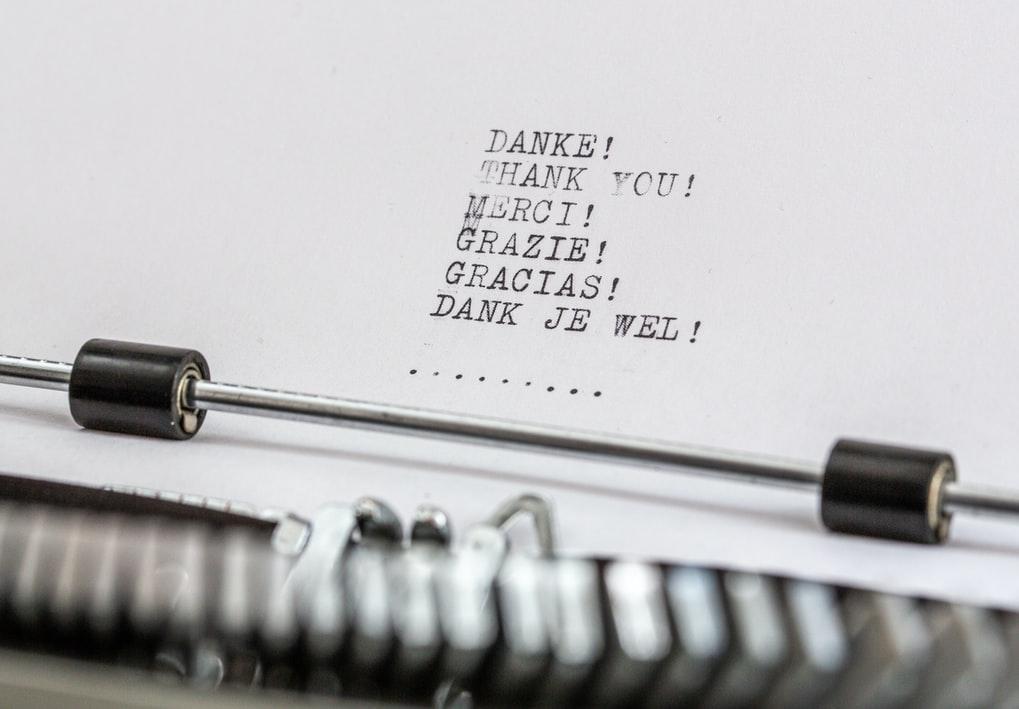 I bet you can think of a dozen ways to say “thank you” in English, so I’m sure you want to portray that when speaking French too. The problem is, in school we’re only ever taught to say thanks and thank you very much in French (“merci” and “merci beaucoup”). If you want to expand your knowledge and improve your ability to express gratitude in French, then look no further. I’m going to share with you the most common ways to say thank you in French, but before that, we’d better brush up on the basics…

How to pronounce thank you in French

We’ve all said merci like mercy, and we’ve all tried to correct ourselves by saying mehr-ci too. It’s still not right.

With that in mind, try to say merci without the R, but with the throat sound instead. Also note that the ER in merci isn’t the same sound as in the words were or winter. It should rhyme with where or hair.

Now that you’ve got to grips with the basics, let’s take it up a notch.

Expressions to say “thank you” in French

Do you want to say more than just thank you? Or switch it up so that you’re not constantly saying the same thing? Here are some variations which might sound a little more natural in certain situations…

You might already know that there are two ways to say you in French: Tu and Vous.

Tu is informal, and can be used with all of your family, friends and colleagues, whereas Vous is used to show respect to strangers, people older than you and anyone deemed to be your superior for example your boss. Vous is also the plural form of “you”.

We can use these pronouns to thank somebody with the following sentence:

We can expand on these sentences in different contexts:

We can swap je for any other person and must conjugate the verb remercier.

Present tense conjugation for the verb remercier (“to thank”)

How did you read that? Did it sound like a sincere expression of gratitude or like a sarcastic retort?

It can of course be both, depending on your tone of voice and intonation, and there is a French expression that is exactly the same.

You’re in a bakery, you just bought some fresh croissants, the cashier gives you your change and says “passez une bonne journée”

You reply with a smile “Merci bien, vous aussi”.

You get to your car and someone is getting out of the car next to you, having parked so close you can barely open your door. They look at you and shrug unapologetically.

“Merci bien” you retort, as you try to squeeze into your car.

The first use of “Merci bien” was sincere, while the second was said sarcastically with annoyance. Pay close attention to the way it is said and to the way in which you say it too – you don’t want to accidentally offend someone you were trying to thank. Saying thank you so much in French shouldn’t be too difficult, and sometimes a simple smile can convey your sentiment, but when in doubt, use merci beaucoup instead.

Merci pour is followed by a noun:

Merci de is followed by a verb:

How do you respond to merci?

Saying thank you is all about being polite, and knowing how to say you are welcome in French when someone thanks you shows that you’re well-mannered too.

There are several options, of varying degrees of difficulty, although most are interchangeable.

Literally with pleasure, the English equivalent is of course “my pleasure”. It’s easy to say and it’s easy to use. This is a no–brainer if you’re looking for an easy reply to someone’s “thank you” in French.

This is probably the most common way to respond when somebody says thank you in French. It’s used frequently in everyday life, but is probably a little nonchalant if somebody is wholeheartedly thanking you for a grand gesture. De rien literally means it’s nothing, which we would translate as “no problem”.

This is another phrase commonly used in spoken French but is rarely written down, most likely due to the fact that its meaning has evolved: It was originally used to give permission, and still is, but it is now used to reply to thank you as well. It’s a vital expression to know and can be used to be polite in many different situations. For example:

Here are some specific examples using you’re welcome in French formal and informal:

The waiter brings your food:

Don’t use “no problem”

In English, we can say no problem as a response to thank you. This is rarely the case in French, as pas de problème (no problem) and pas de soucis (no worries) are used to respond to an apology.

If you’d like to learn more ways to respond to “thank you” in French, check out our blog post on “you’re welcome” in French.

Other useful phrases to say “thank you” in French

This means “it’s kind”, or we would say “that’s kind of you”. It shouldn’t be used to replace merci but can be added on to emphasize your gratitude.

If someone thanks us, and we want to reciprocate, we would say “no, thank you”. In French, we can drop the “no” and say thank you to you, keeping the emphasis on the last word, just like in English.

Here are some examples that specify why we are saying thank you to show the context, however it’s important to note that we can also say merci à toi/merci à vous as a sentence without any explanation.

Note: It’s important to know the difference between merci à toi (“thank you”) and je te remercie (“I thank you”). The former is used to reply to another person who said thank you first, while the latter is its own way of saying thanks in the first place.

“Thank you” in French slang

There aren’t many ways to say thanks in French slang, but adding slang words onto the end of merci can change the tone. For example, thank you very much my friend in French sounds like a bit of a mouthful. Instead, you could say merci mon pote or merci mon ami (thanks, dude or cheers, mate in the UK).

Now that you know all the key words and phrases to use when saying thank you in French, you can get practising your most polite expressions! 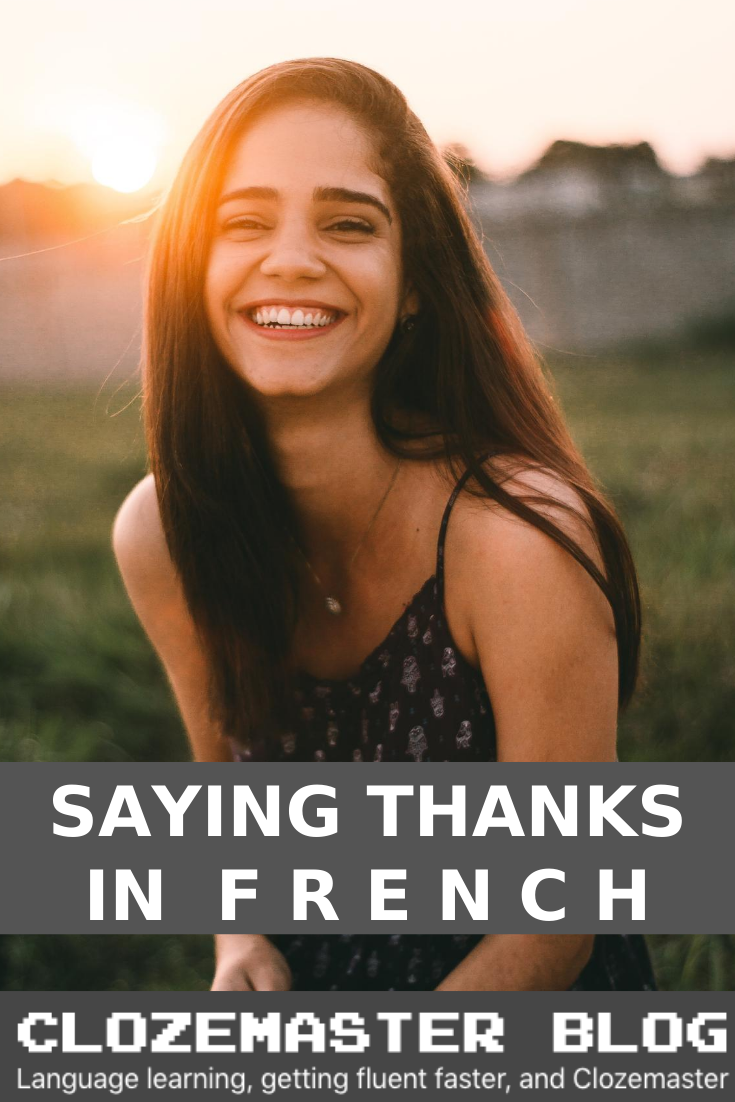