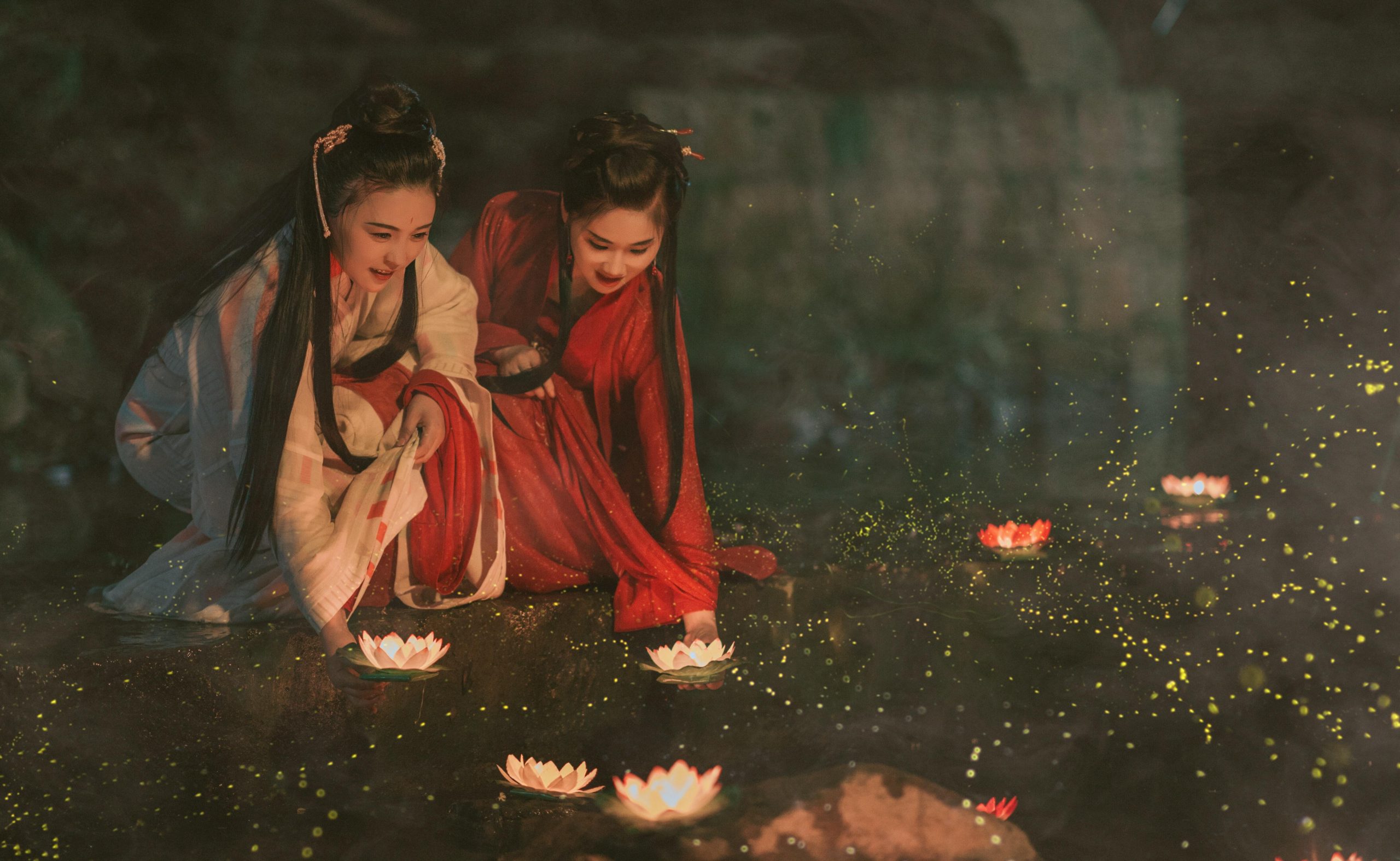 Chinese culture is one of gratitude, honour, and formalities. When speaking Chinese, it is very important to be polite in a culturally appropriate way. For this reason, you’ve got to know how to say “thank you” in Chinese, not just in the most basic sense, but with the best responses to various situations.

While you are learning all the ways to say “thank you” in Chinese, keep in mind that in Chinese culture, actions speak louder than words, so if you are truly grateful, make it up to them by returning the favor when you can.

This is the most basic and standard way to say “thank you” in Chinese which you’ve probably heard of before. 谢谢 can be used in most situations where you want to express gratitude and appreciate someone’s help.

This is exactly the same as 谢谢 but with a bit more emphasis on the person you are thanking. You can also say 谢谢你们 (xiè.xiè nǐ.mén) if you are addressing multiple people, or 谢谢您 (xiè.xiè nín) if you are in a more formal setting.

This is what you would say if you were addressing a sizeable group of people such as an audience. It is common to hear this after presentations or speeches.

How to say “thank you” in casual Chinese

This is a quick, super informal way to express thanks between friends. This is often used in txt language where short words and phrases are favored.

多 literally means “many”, so 多谢 is a quick and casual way to say “many thanks”.

If you want to add some variety to your vocabulary and use something different to the standard 谢谢, another way to say thank you in Chinese is by saying the equivalent of “I’m grateful”.

Literally meaning grateful or owing, 感恩 is similar to saying “I owe you one” in English. It’s a way of expressing gratitude while also expressing that you intend to pay the other person back somehow.

This is a way to say thank you in Chinese which puts emphasis on how grateful you are, while also expressly states thankfulness.

More intense ways to say “thank you” in Chinese

These are ways to say thank you when someone has done you a huge favor or given you something they really didn’t have to. If you want to make sure the person really knows you’re grateful, you might want something a bit stronger than just 谢谢. All of these are the equivalent of something like “thank you very much” in English.

Firstly, in Chinese culture, it is normal to reject a gift a few times before you gratefully accept it. So if you receive a gift, you can try to give it back to the gift giver a few times, saying something like:

To know more about gift giving in Chinese culture, check out this post.

When you have actually opened the gift (which will often be later and out of sight of the receiver in Chinese culture), make sure you thank them profusely and let them know how much you needed or wanted it.

Watch this video for some ideas on what to say.

How to say “thank you” to a compliment in Chinese

You want to try to downplay compliments and if your Chinese is up to it, explain how the compliment is not true. If not, the best thing to do is brush off the compliment by saying something like:

If someone compliments you, you should also try your best to compliment them back!

How to say “thank you for…” in Chinese

Saying 谢谢 in itself might be straightforward, but what if you want to make a sentence using “thank you” in Chinese? Before we get into this, you need to understand a few things about how this works in Chinese. Unlike in English, in Chinese you usually thank someone for a noun, rather than a verb. If an action can easily be expressed as a noun, that is therefore preferred. In Chinese, you also need to specify who you are thanking in your sentence. This will almost always be either:

So for example, “thank you for coming” in English would look like: 谢谢你的来临 （xiè.xiè nǐ de lái.lín）, which literally means “thank you for your coming”.

Other common sentences using “thank you for” in Chinese include:

What if someone says “thank you” to you in Chinese?

If someone says thank you in Chinese to you, what is the best way to respond?

In Chinese, the most normal thing to do is dismiss someone’s thanks by downplaying the magnitude of your action.

The standard way to say “you’re welcome” in Chinese, that can be used in most situations, is:

If you want to change things up, there are many other ways you can acknowledge someone’s “thanks” in Chinese.

Along the lines of “you don’t need to thank me”：

Along the lines of “no problem”:

After reading this post, you are hopefully well-equipped to thank people in Chinese and navigate your way around different situations politely. To practise using more real Chinese sentences in context, don’t forget to use Clozemaster. 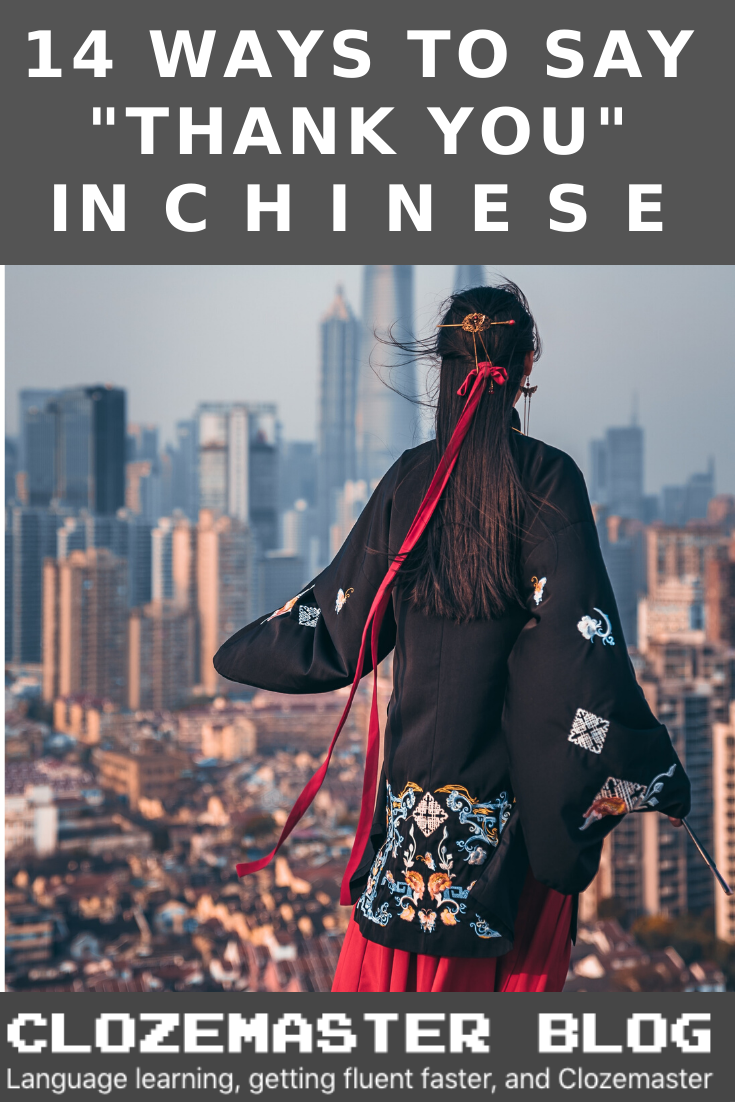