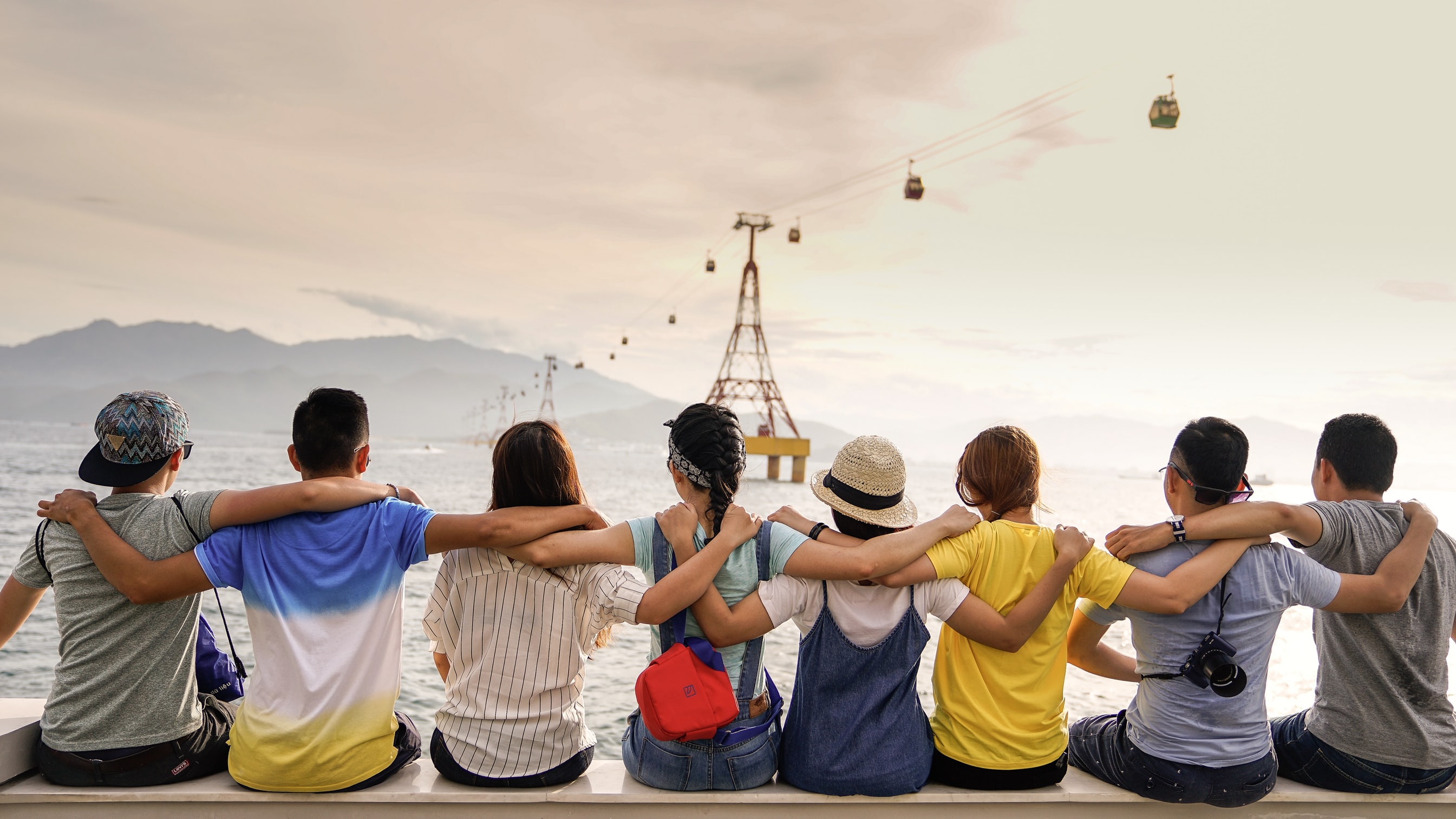 English has become a linguistic monolith if you consider its prevalence compared to the more than 6,500 languages spoken worldwide. However, this doesn’t mean that other foreign languages have lost their significance or value. Students deciding to study abroad will need to learn the local language in order to better understand the culture they’re going into, make more meaningful relationships with other local students, and immerse themselves fully in the study abroad experience.

A recent survey from educations.com has confirmed the importance of language learning when considering a study abroad experience. Of the 33,000 students surveyed an impressive 31% expressed that learning a new language was a top factor when deciding where they were going to study. Of those who reported language learning as their top priority, one-fifth were going abroad specifically to take a language course.

By choosing to learn a language right at the source, you’re forced to learn every day as you navigate in a foreign tongue and in a foreign land! One of the best predictors of success when you approach any given task is consistent repetition. By repeating your learning on a daily basis, you’re inherently learning a language in context, another critical factor when it comes to achieving your language learning goals. Our interactive language-learning game provides a fun and easy way to test what you’ve learned in real-time, and gain new insights in grammar and vocabulary to put into practice the very next day.

Now that you know some of the benefits of learning a language abroad, we’ve compiled some specifics on languages students have identified that they want to study abroad!

*The list is based on the percentage of students who want to study in a country where the particular language is spoken by the majority of the population.

The ever-growing Chinese economy shows no signs of slowing down, and Mandarin Chinese is a hugely beneficial language to consider learning abroad if you’re planning to go into the world of business. With 918 million speakers worldwide, learning Mandarin Chinese will allow you to communicate with nearly 1 in 5 people of anyone in the world. Chinese may be intimidating for English speakers to pick up given its non-Latin alphabet and tonal pronunciation system, but with some hard work, dedication, and making repetitive practice fun, you’ll be speaking Mandarin Chinese in no time!

In contrast to Mandarin, Spanish is actually reported as one of the easiest languages for English speakers to pick up. Spanish is the second largest language group in the world next to Mandarin, and is spoken across 31 countries and 3 continents. Learning Spanish abroad will give you the opportunity to use your language skills in many countries around the world, and expand your travel experience beyond the country where you choose to study abroad. Being one of the Romance languages, Spanish will give you the right grammatical tools to tackle languages in the same family with ease, like Portuguese, French, Italian, and Romanian. The linguistic possibilities are truly endless.

Germany is home to a powerhouse European economy, and by learning German you’ll surely make your resume pop if you’re hoping to work with any company that operates within the German, or European markets. Germany is the largest European trading partner with the U.S., and German is the most widely spoken language in the E.U. Despite its notoriously tricky grammar, German and English share common Germanic roots. Once you get on top of the grammatical differences between German and English, you’ll be ready to test your German skills in more than five central European countries.

French is one of the most widely spoken languages in the world, and is an official or co-official language in 29 countries, putting it in second-place behind English in terms of languages with official status. Furthermore, French is an official language of many international institutions like the European Union, the United Nations, the International Olympic Committee, so by learning French you’ll be unlocking your potential to operate in highly international circles. French might have some extra challenges in terms of verb exceptions and pronunciation in comparison to its romance language cousins, but being so widely spoken across Europe, North America and Africa there are a huge number of resources to help you begin your French language learning today!

Japanese is spoken primarily in Japan by about 128 million people. Japan has a highly desirable economy like Germany and China, and learning Japanese and studying abroad in Japan are the best ways to garner a first-hand understanding of the Japanese language and culture. A survey from Rakuten research revealed that 70% of Japanese people rate themselves as very poor in English so by pursuing Japanese as a language to study abroad, you’ll be well-equipped to fully immerse yourself in your personal and professional lives in Japan as a bilingual. Japanese makes use of three writing systems: Kanji (Chinese characters), Hiragana (for Japanese words) and Katakana (for borrowed words). Learning to write in Japanese may take some time, but will be well worth the effort in the end.

The Benefits Don’t Stop There

While there are many practical aspects to consider when deciding where to study abroad and what language you’ll be learning, the social benefits of learning a language abroad are equally as important to consider. Not only will learning a new language give you valuable new knowledge, it will open an inestimable window into the culture of the country where you’ll be studying. Language and culture have an inherent relationship, and by learning a new language you’ll show a cultural understanding and respect to your new home, while improving your understanding of your own native language and culture.

Explore the many language-learning resources available to gain the right skills to prepare for your study abroad experience, and have the support you need along the way to continue on your language learning journey. 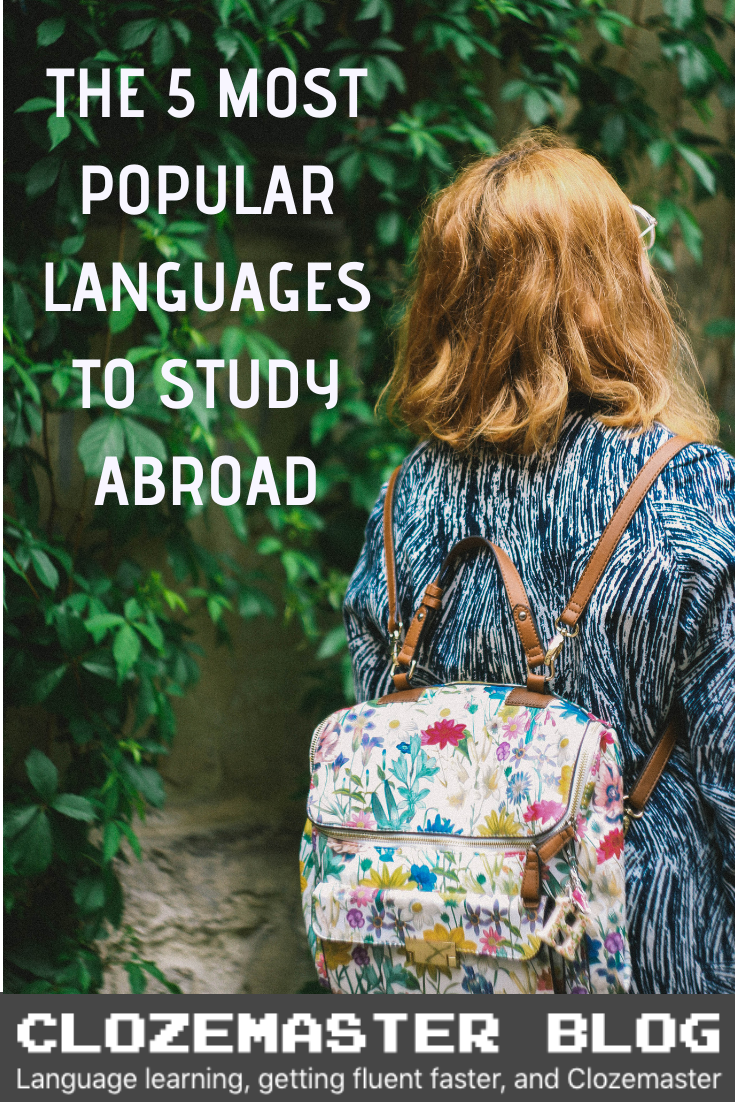