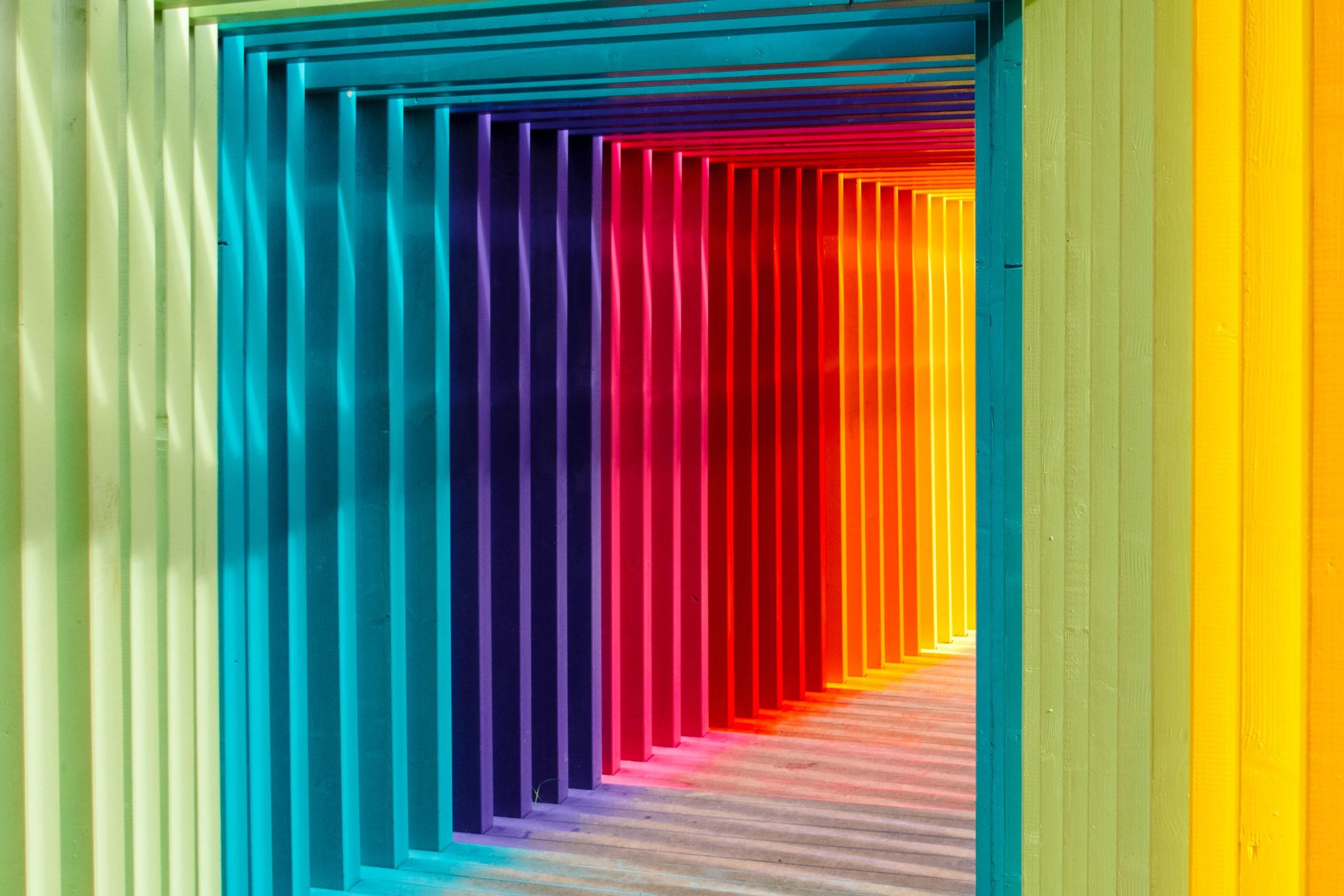 The Spanish colors, los colores, are pretty important words used in everyday life. You’ll need them to describe just about anything, including yourself. Do you know all the color words, words to describe colors, as well as how to use them in a sentence? This post will make sure you are a Spanish colors expert!

So let’s get started in making your Spanish vocabulary more colorful!

The Spanish colors are as follows:

The Origins of the Spanish Color Words

While a lot of words in Spanish look very similar to their English counterparts, you might have noticed that the colors all look quite different. This is because the English colors mostly come from Germanic roots, whereas the Spanish ones generally originate from Latin or Arabic. Let’s have a look at the origin and meaning of the Spanish colors in a bit more detail.

Spanish colors that come from Latin:

Spanish colors that come from Arabic:

Spanish colors that come from French:

How to Use Spanish Colors in a Sentence

Spanish colors are used the same way as any Spanish adjectives. How to use adjectives in sentences in different ways is explained in this post (and it also includes quite a few examples with colors).

You will see and hear a lot of colors being used in sentences with both ser and estar. So which one is correct?

Both can be used, but the meaning is different. If you use ser, you mean that the object you are describing is always this color. If you use estar, you are talking about a temporary color, which has normally been caused by some event.

You may have noticed above that there is more than one word for some colors. In some dialects of Spanish, the words naranja and rosa are used as adjectives for colors. Because they come directly from nouns (orange and rose), they do not change their forms when used in sentences as adjectives. Although sometimes you may see them in plural form, you would never see the ending change from an a to an o, even if the noun is masculine.

However, it is increasingly common to instead say anaranjado and rosado. In these forms, the words can then be treated as any old regular adjectives. 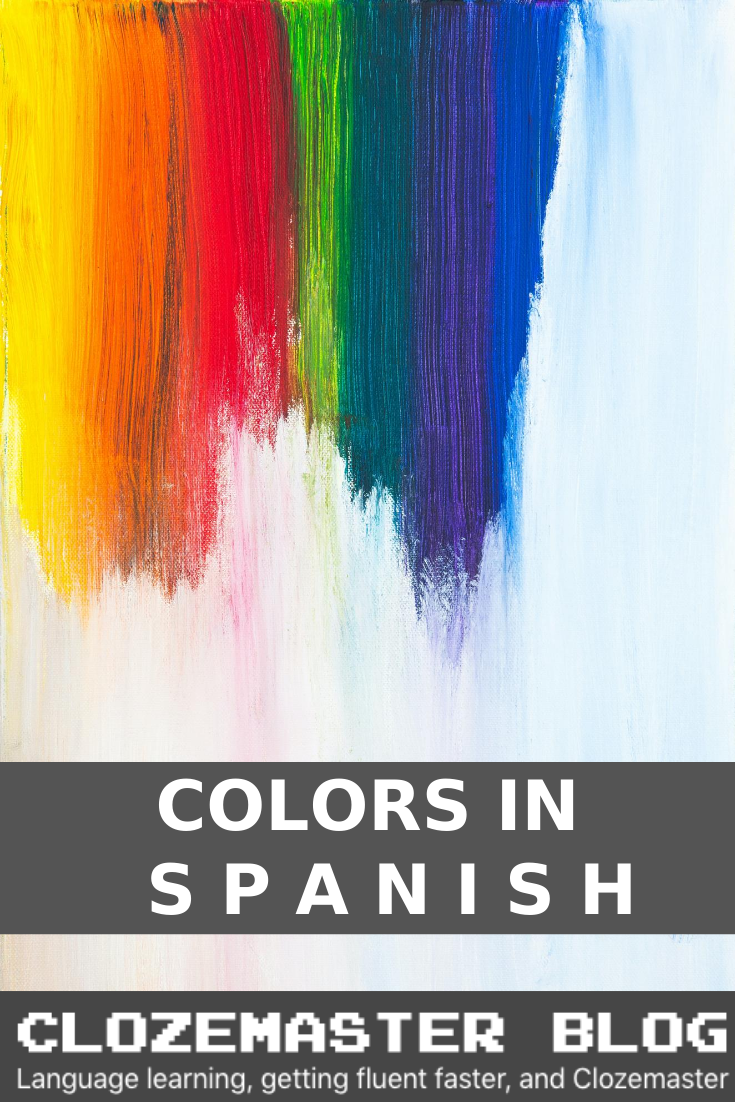 Sometimes, just the color isn’t enough of a detailed description. Often we need to describe a color further to be more specific and make it clearer what we are talking about.

Some words you can use instead of specific colors are:

The words to describe colors are:

These words can be used when the color is an adjective and also when it is used as a noun.

How to Talk about Your Favorite Color in Spanish

Another time you may want to talk about Spanish colors is when talking about favorite colors.

“Favorite” in Spanish is translated as either favorito or preferido. So you can say:

In this kind of general color discussions, colors will always be masculine and singular.

Other sentences to talk about your opinions on colors can be:

When you want to describe the color of someone’s features in Spanish, you have to be a bit careful as the vocabulary is not all exactly the same as for regular colors. Just like in English, where we have different words for hair colors, such as blonde, brunette, and ginger, Spanish also uses different words for some hair, eye and skin colors.

How to talk about colors of physical features in Spanish

To use these personal describing colors in Spanish, you generally use the following formula, which is literally saying what you have:

Note: make sure the color agrees in gender and number with the body part noun!

Note that the adjective avellana is the same as rosa and naranja (mentioned above) in that it does not change form because it comes directly from a noun – in this case, avellana means hazelnut.

For hair and skin color, you can also say what you are, using the following formula:

In this case, the hair or skin color word must agree in gender and number with the person/people you are describing!

If you have learned something about Spanish colors today or found some new vocabulary related to the colors, then this post has served its purpose. If you want to use colors in an even more natural way, this Lingoda post has some great Spanish idioms that include color words.

Don’t forget to use Clozemaster to keep increasing your Spanish vocabulary and making sure those new words stick!

Test your skills and see what you’ve learned from this article by playing a selection of sentences with Spanish color names. 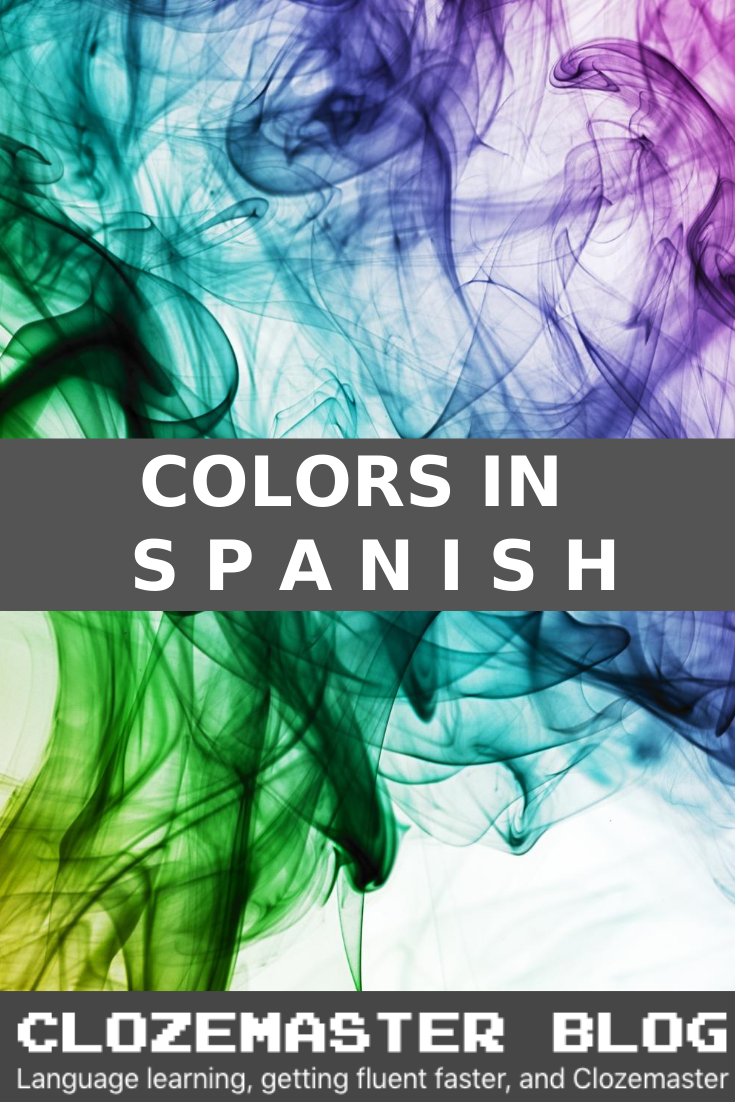 2 thoughts on “Spanish Colors: All the Words You Need to Know”