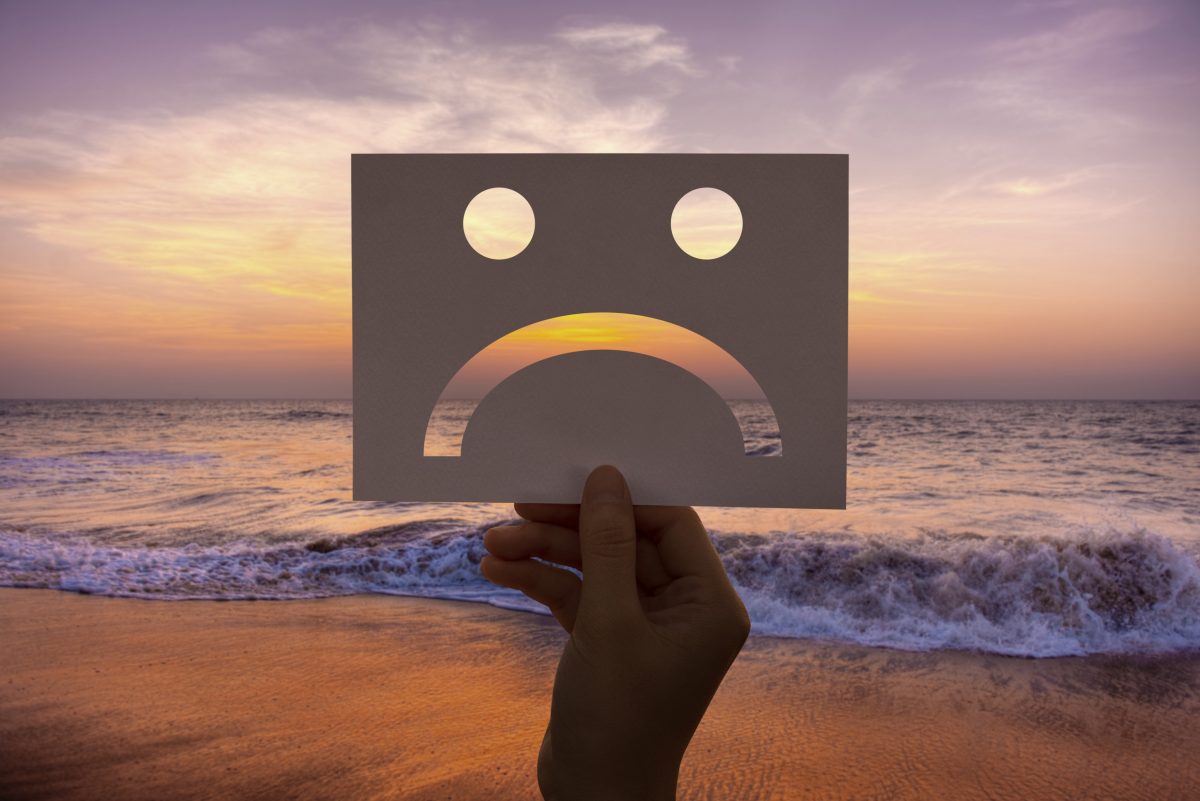 No one is exempt from making a mistake here and there, which makes apologizing a key piece of vocabulary to learn. There are also other reasons why you might say you’re sorry, such as when someone passes away or when you’re asking someone to move aside to let you through.

We’ve all gotten things wrong now and then. The most important thing is to admit we have and try to make up for it. Below, you’ll find different ways to apologize depending on who you are apologizing to and how big the blunder was.

As we’ve mentioned, this is one of the most common ways to say “sorry” in Spanish. Perdón is very malleable and can be used in most cases where the misstep has been relatively mild (e.g., when you bump into someone in the street, when you drop something or when you interrupt someone when they’re talking).

Meanwhile, “perdóname” is a variant of “perdón”. It can be used in the same contexts but, instead of apologizing, you are asking for forgiveness. It may sound very intense in English, but isn’t in Spanish.

Just like “perdón”, “lo siento” is both common and can be used in various situations to say “sorry” in Spanish. However, “lo siento” extends to even more usages. As we’ll see later on in this article, this phrase can also be used to show you are sorry for someone’s loss. If you are feeling particularly bad about something you did (for example, accidentally breaking a treasured belonging), you can also use “lo siento mucho” (I’m very sorry).

Te/Le pido disculpas (I apologize / I ask for your forgiveness)

This is a lighter version of “perdón”. The version with “Te” is informal, while the one with “Le” is formal.

This is a more intense version of the previous phrase and literally translates to “I apologize from the heart”, meaning you truly mean this apology.

Te/Le debo disculpas (I owe you an apology)

Much like in English, this Spanish expression conveys that you are in the wrong while not really apologizing. Just like with “Te/Le pido disculpas”, the version with “Te” is informal, while the one with “Le” is formal.

This is the phrase to use when your blunder is major and/or you are truly upset about what happened.

How to Say “Excuse Me” in Spanish

We sometimes say “sorry” in contexts where we haven’t necessarily done something wrong. Here are a couple of examples of this in Spanish.

You can also use “perdón” (or “perdona”) in a similar way to “excuse me” when you want to get someone’s attention to ask a question, when you want to interrupt someone, or are trying to get around someone to reach a product at the supermarket.

These work the same way as “perdón” and “perdona”, but are a bit more formal. As you may know, Spanish has different forms to say “you” depending on the level of formality. Moreover, you can see who someone is referring to from the verb conjugation. In this case, “disculpa” is for “tu” (informal, but still more formal than “perdón”) and “disculpe” for “vos” (formal).

This phrase literally translates into “with permission” and is used just like “excuse me” in English. You can use it when you want to squeeze through a crowded space, for example.

How to Say “Sorry” in Spanish to Comfort Someone

As we’ve mentioned above, “lo siento” can also be used as a way to show support when someone’s suffered a loss. They might’ve had a death in the family, be in the middle of a divorce or had a break-in.

This phrase works just like “lo siento” in this particular context.

You can use “lo siento mucho/tanto” when you are feeling particularly bad about something that happened to someone (e.g.: when they suffered a loss, failed an exam or lost their job). This is a more heartfelt way to say you’re sorry.

If what happened is even more devastating, you can use one of these two phrases that express how badly you feel about the situation the other person is facing.

How to Forgive Someone in Spanish

We’d like to think you won’t be the only one apologizing, so, in addition to teaching you how to say “sorry” in Spanish, we thought it would be useful to add a section on accepting apologies. Here are some common phrases that will help you forgive someone in Spanish.

This is the most straightforward way to say you accept someone’s apology.

If you are not really bothered by what happened—maybe it was just an accident—you can use these phrases.

You might find it unusual that we thank someone for apologizing, but hear us out. First, sometimes apologizing is a big deal and deserves your appreciation. Second, this is usually the go-to when someone is saying they’re sorry for your loss. If you are curious about more ways to say “thank you” in Spanish, you can take a look at this article.

How to Say “Sorry” in Spanish – Examples

Most of the phrases we’ve seen above are pretty straightforward. However, we’ll show you some example situations to give you an idea of their real-life usage.

When you accidentally bump into someone in the street:

When someone has passed away:

When asking for something:

When you’ve done something wrong:

When you want to really convey how sorry you are:

We’ve covered many different ways to say “sorry” in Spanish and a few ones to accept apologies. Now, we’ll focus on some other vocabulary involved in apologies. Just like we have the verb “to apologize” in English, there are a few verbs or verb phrases that relate to this concept in Spanish. Let’s take a look at them below.

When we’ve done something wrong, apologizing is the right thing to do. “Disculparse” is the Spanish equivalent of“to apologize”. You can find a couple of examples below to see how it is used and see its complete conjugation here.

Pedir perdón (to ask for forgiveness)

Asking for forgiveness goes a bit deeper than apologizing, as you’re acknowledging how at fault you were. Here, we use the verb phrase “pedir perdón”. Let’s take a look at a couple of examples.

You can take a look at the conjugation of the verb “pedir” in this article.

When someone offers you an apology, you have two options. You either forgive them or you don’t. Here are some examples:

If you are curious about the conjugation of this verb, you can find it here.

Both of these mean “to make up” but the first one (hacer las paces) is a set phrase. It literally translates to “make peace”. You can use either of them when everything works out after an apology. Here are a couple of examples:

If you want to learn more about the verb “hacer”, you can check out this article.

We all know those people who are incapable of offering an apology. They tend to justify what they did instead. Here is where “justificar” or “justificarse” come in. We’ll give you one example of each so it’s a bit clearer.

How to Say “Sorry” in Spanish – Final Word

There are not only quite a few ways to say “sorry” in Spanish, but different situations in which one might do so. From when you make a mistake to when someone has passed away, and including when you just want to ask someone to pass the salt at the dinner table.

We hope this article has given you plenty of options on how to say “sorry” in Spanish for every occasion. If you want to see apologies in Spanish in action, check out this Spanish version of Justin Bieber’s Sorry.