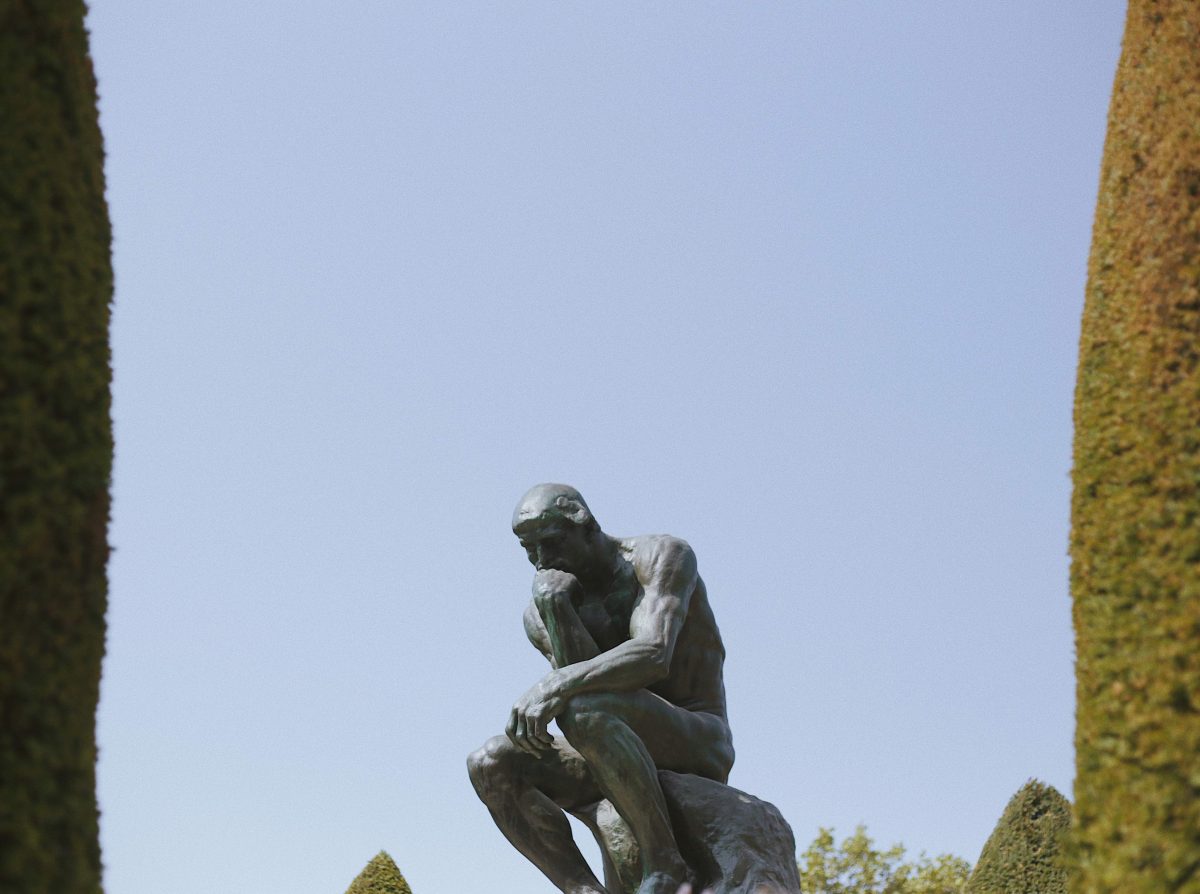 What kind of thinker are you? Are you very logical, always thinking of practical solutions to problems? Or do you find yourself daydreaming a lot, reenacting situations in your head until you come up with a plan? What about languages: what language do you think in? In my case, I always think either in English or in Spanish. The great thing is, by learning a new language, you actually become a better thinker in all of them. Navigating the complexities of different languages makes you a better problem-solver, more resilient, and better at communicating.

A great place to start is today’s lesson, where we’ll go over the Spanish verb pensar, meaning to think. I’ll walk you through what kind of verb pensar is, and some key pensar conjugation tables that you can learn no matter what your Spanish level is. Finally, we’ll finish with some popular quotes using the verb pensar so you can gain some more fluency in Spanish while also learning a bit about Spanish literary culture.

After the lesson, I highly recommend you check out the tailored Cloze Collection at the end of this post, because it will help you put everything you learned about pensar into practice. Let’s go!

What Kind of Verb is Pensar?

Based on the other articles we’ve had on this blog so far, what kind of verb do you think pensar is? That’s right: pensar is irregular, too. If you’re new here, you might be asking yourself why we focus so much on irregular verbs, and more importantly, what irregular verbs even are. Let me try to answer both questions at once.

In Spanish verbs always end in “ir”, “er”, or “ar” (like escribir, to write, morder, to bite, or ganar, to win). Verbs are considered “regular” when their stem doesn’t change no matter what tense or subject the verb is being conjugated with. Let’s take the verb escribir as an example. No matter how escribir conjugated, its stem, escrib-, never changes. For instance: yo escribo, nosotros escribíamos, ellos escribieron.

As you can see, the stem always remains “escrib-”. However, in the case of other verbs, the stem does change. These verbs are known as irregular. Pensar is one such irregular verb. For example, when it is conjugated in the present tense and first-person subject, it becomes “yo pienso” (I think). Because these stem differences vary across different tenses, subjects, and verbs, irregular verbs are quite unpredictable, and students often have to learn them by heart. That’s why these lessons are so important, so I hope you’ll benefit from this blog post!

If you want to brush up on other irregular verbs after you’re done with this one, don’t hesitate to have a look at some of our other articles, for verbs like dormir, empezar, and more!

Without further delay, let’s look at some pensar conjugation, beginning with verbals. Verbals can be a little bit confusing because, despite their name, they reference moments when verbs don’t act like verbs at all. Instead, they act like adjectives, adverbs, or nouns. Usually, this is because a sentence has a different active verb, so any other verbs have to take on a different form so that it is clear which action is being undertaken.

The infinitive of pensar is, simply, pensar. That’s because it sometimes appears in an unconjugated form when there’s a different active verb in a sentence. Let me give you an example:

As you can see, the verb pensar appears here in its infinitive form, because the active verb in this sentence is actually gustar (to like), which is conjugated in the first person present tense.

The gerund is used in much the same way as the infinitive, but it is often used to refer to an activity that hasn’t finished yet, or that is happening simultaneously to another one. The gerund of pensar is pensando. Here’s an example:

Firstly, the active verb in this sentence isn’t pensar, but estar (to be). And because this action is still ongoing, we use the gerund rather than the infinitive.

Well done getting through these verbals, I know they can be pretty complicated. Only one more to go: the participle. The participle is used as a qualifying adjective or to help support compound verbs. The participle of pensar is pensado. Here’s another example:

Because the active verb in this sentence is haber (to have), rather than pensar, we use the participle. However, if you pay attention to the upcoming verb tables in the intermediate section of this article, you might be surprised to see pensado appearing again and again with compound verbs. That’s because the participle is, in essence, what makes a verb compound. So even if they aren’t the active form of a verb, it doesn’t mean verbals aren’t super important for Spanish conjugation.

This might seem a little confusing, but I promise that with enough practice and memorization, it’ll become second nature. 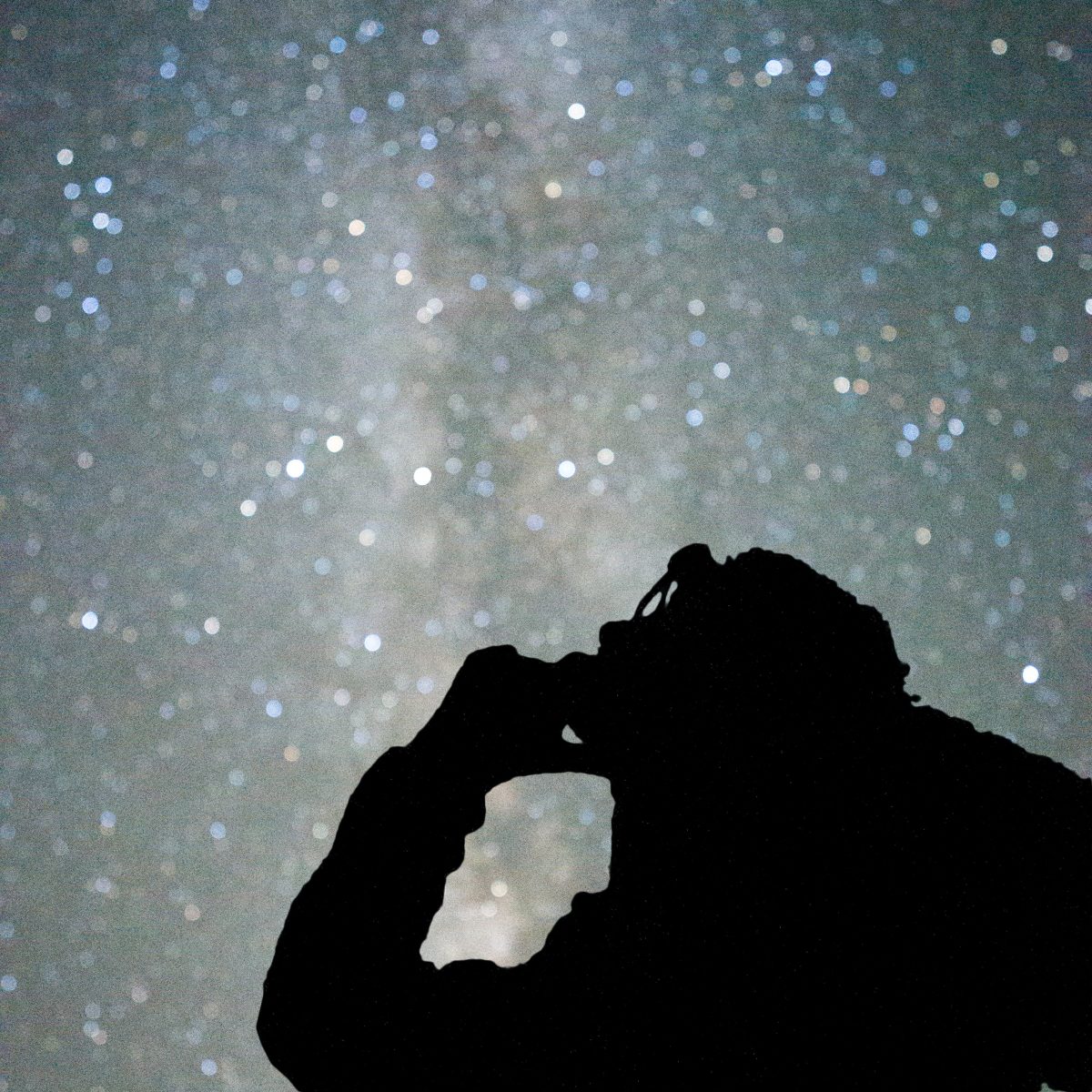 Now, let’s actually get into what you came for: pensar conjugation! Starting off with some simple verb tenses that are a great first thing to learn if you’re a beginner. In the following table, you’ll see pensar conjugated in the present tense (presente), two forms of the past tense, perfect and imperfect (perfecto e imperfecto), and the future tense (futuro).

Next up, these intermediate tables focus on compound verbs, and put what we’ve learned from the participle verbal into action. As you’ll be able to see, for all of these compound verbs, pensar always remains the same: “pensado”. That’s because the verb that is active and actually changes isn’t pensar at all, but haber (to have). Let’s look at the compound perfect preterite (pretérito perfecto compuesto), the pluperfect (pluscuamperfecto), and the future perfect (Futuro compuesto).

Amazing job getting through so many different tenses! Let’s look at one more tense family before moving onto some popular quotes which use the verb pensar. The conditional is a great family to end on, because they are really useful verbs to describe what will happen if certain conditions are met. For instance, you might want to tell your family member that you would think about doing the dishes if they let you stay out late tomorrow night. For that, you’d use the conditional.

Famous Quotes with the Verb Pensar

Fantastic job with this article, you’ve earned yourself a break! To clear your head a little and end your lesson on a fun note, I’d love to share some popular quotes using the verb pensar that are often shared or said in Spanish-speaking circles. Here are a few of them. By the way, you’re more than welcome to write one out and put it up near your desk for motivation through your Spanish lessons, but that’s just a suggestion.

Thank you so much for joining me for another irregular verb lesson, and well done for getting through it! Feel free to look back on any of the sections we covered in this article whenever you need more practice or want a refresher. Alternatively, consider reading the work of any of the people referenced in the “quotes” section. If you want an added challenge, reading them in Spanish with a dictionary at hand can be a really great way to immediately boost your Spanish skills.

As usual, there is a tailor-made Cloze Collection available which goes over all of the most important lessons in this post, so you can get some real practice in before you move on to the next thing. You’ll be able to find it at the end of this page.

I hope you’ve enjoyed this article, and I’ll see you in the next one!

Learning the pensar conjugation might seem daunting at first, but don’t worry, it comes naturally with practice.

Test your skills and see what you’ve learned from this article by playing a selection of sentences with forms of the verb pensar.