Those of us with children will have noticed how quickly they make progress in language acquisition. Within the short space of time, a child can go from babbling to forming coherent sentences. This is all the more amazing since they do this through simple exposure to the language, without any formal instruction. Any adult learner hoping to match this progress will have to spend long periods of time at study, memorizing vocabulary and conjugations. 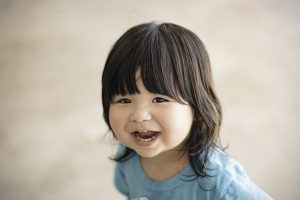 Young children progress so quickly because of their neuroplasticity. At their stage of development, they absorb new information much more readily than adults. New information can more easily become part of their procedural memory, allowing them to learn to perform tasks automatically, without any conscious effort. Many scholars assume that once children reach a certain age, their ability to learn a new language begins to decline. Beyond adolescence, we must make specific, conscious efforts to acquire new skills. We will not make progress without many hours of practice.

This article examines the difficulties associated with language learning in adulthood and demonstrates that some of an adult’s innate weaknesses might actually be an advantage.

The critical period hypothesis proposes that if a child does not learn a language by a certain age, then they will never adequately learn one.

Researchers have described examples of so-called ‘feral’ children, whose circumstances meant that they did not receive sufficient exposure to a language in their earliest years. Many of these children struggle to communicate throughout their entire lives, even after receiving significant remedial intervention. Some of them never adequately acquire a language.

Studies have also applied the critical period hypothesis to second language acquisition. Although it is not universally accepted, researchers have observed that younger learners acquire a second language relatively easily in comparison to adults, who may never achieve full fluency.

The sound system of a language appears particularly susceptible to the constraints of the critical period. There are many adult second language learners who demonstrate mastery of the grammar of the target language, but retain patterns of pronunciation which are comparable to those of their native language.

Second language acquisition in adulthood – what is the goal?

Language learning never ends. A learner will never reach a point at which they can state that they have complete knowledge of a language. Languages constantly evolve. New words emerge every day and even native speakers struggle to stay on top of the changes to their language. An adult learner should not be discouraged by the fact that they are unlikely to be able to emulate the speech of native speakers entirely. Absolute mastery of a language in all areas is an almost impossible task, even for native speakers.

Why aim to learn a language in adulthood if we will never be able to master it completely?

Near-native mastery of a language is not a practical goal for someone who is just beginning to learn the language.  A learner would very quickly lose motivation once the enormity of such a task becomes apparent. Learners should set smaller, more achievable goals in the earlier stages. Near-native command of the language might be achievable in the long term, but there are plenty of more meaningful goals which can be achieved in the short to medium term.

Should an adult learner aim to emulate a native speaker?

The merits of learning a language to a near-native standard may seem obvious. However, it is important to consider if it is worthwhile, or even desirable, to emulate a native speaker. If you live in an area where another language is widely spoken, then it might be necessary to speak to a near-native level. However, it is possible that the learner is not aware of which variety of language they are emulating.

All languages have social and geographical variation. This variation is most pronounced in phonology, the domain most sensitive to the apparent prescriptions of the critical period. A learner is likely to imitate the pronunciation of the variety to which they are most exposed, perhaps unaware that certain forms have an association with a particular region or a particular group of people. Using such forms can potentially cause difficulties for learners. It might be advantageous for an adult learner to maintain their status as a non-native in order to avoid misunderstandings. 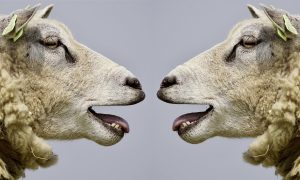 Potential difficulties of choosing one variety over another

To cite a personal example, I once spent a summer working as a camp counselor in Italy. I worked with teenagers for the summer and their speech formed the basis of my exposure to the Italian language. By the end of my stay, I spoke the language quite fluently, thanks to my near total immersion.

However, the variety of language which I was emulating was not a prestigious variety. Forms that are in common use among teenagers are not necessarily acceptable in polite conversation. I later found out, to my embarrassment, that I was swearing more than was normal. My usage of the language was too informal – I did not have adequate tools to interact within more formal environments. While I had worked hard to reproduce the language of my surroundings, it was only later that I realized the stigma of some of the forms I had acquired.

The neutrality of the non-native

The sound system of the target language presents the greatest challenge for adult learners. However a non-native accent might be more desirable because of its inherent neutrality. A learner who aims to emulate a native variety may unwittingly use forms which have implicit social or political connotations. A learner who makes use of these forms risks alienating themselves from certain sections of the native speaking community.  A non-native variety, as long as it can be understood, should be free of these connotations. Furthermore, speaking with a non-native accent allows a learner to assert their own identity. As long as the speaker’s accent is understandable, then there is no reason to aim to emulate a native speaker perfectly. As we have seen, retaining traces of your native variety can be advantageous.

Forming strong study habits is integral to success in adult learning, whether learning a language or a martial art. Anyone who takes the time to learn will inevitably make progress. Isn’t this comparable to the miracle of childhood learning? That hard work will inevitably yield rewards? Where children have a natural propensity for learning, adults have a natural propensity for organization. An adult learner should aim to harness these innate skills by setting goals. For example an adult who uses an app like Clozemaster every day for six months will make enormous strides in their learning, perhaps without realizing.

A child can never use its innate learning power to its full potential. They do not understand their capabilities until it is too late. Hard work and organization are the primary gifts which adult learners have at their disposal. The sense of achievement that is unlocked through use of these gifts is more meaningful than anything a child experiences. The wisdom to understand that hard work pays off is an advantage that only an adult learner can appreciate.

Although it is difficult to prove, it seems clear that language learning is an easier task for children than adults. Nonetheless, learners should not be discouraged – language learning in adulthood is possible. With hard work and motivation, adult learners can make tremendous progress within short periods of time. Researchers have ascertained that it is the sound system which appears particularly difficult for adults. Nonetheless, fluency is possible, even if a learner does not fully acquire the phonology. As we have explored, it is perhaps not always ideal to completely emulate native-level speech. The fact that progress is inevitable with hard work is a gift which only adult learners can enjoy. While children cannot understand the power of their natural talents, all adults understand that hard work pays off. It is this wisdom which gives adult learners a unique advantage.

Make the most of your language learning efforts with Clozemaster – thousands of sentences in over 50 languages!

1 thought on “Language Learning in Adulthood – Advantages and Disadvantages”