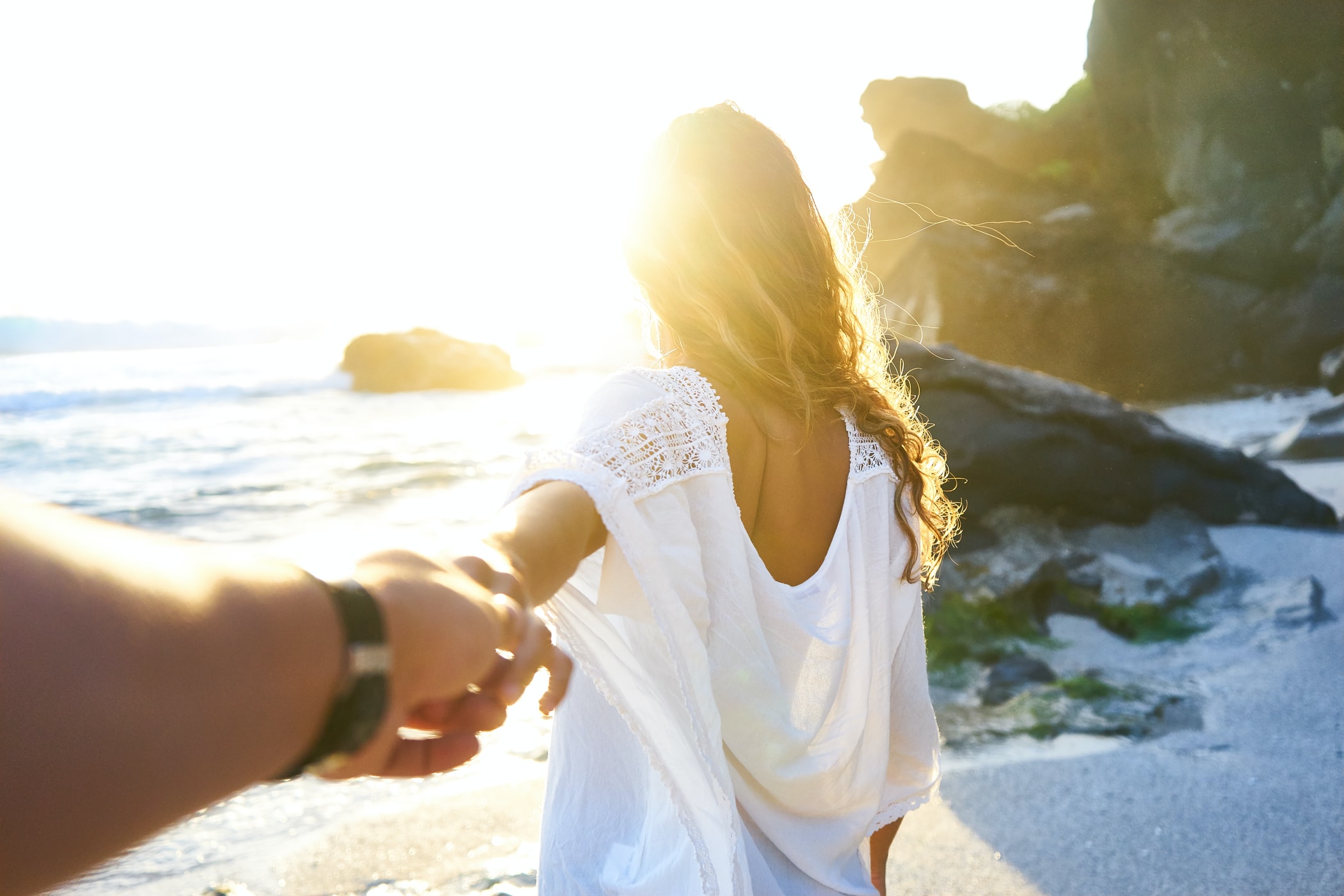 The Italian venire conjugation is widely used to express movement. Venire is an irregular verb and is the equivalent of the English “to come”. It means to come from, to arrive, to occur, and is sometimes used in a welcoming tone too (e.g. Vieni! – Come on in!)

Venire is an intransitive verb – therefore it lacks a direct object, and its compound tenses are conjugated with the auxiliary essere. Let’s learn how to conjugate this important verb in all the tenses.

Let’s first see how the Present tense looks like:

The verb venire is similar to the English “to come”, with a few differences. You can use venire to say where you’re from, or to ask somebody to come somewhere. Unlike English, you also use the Present Simple of venire to mean that something “turns out” in a certain way, or even to ask for the price.

Let’s clarify it with some examples:

Venire Conjugation in the Indicative Past Tense

There are five past tenses in the indicative mood, including two simple and three compound tenses. We will first see the simple past tenses of venire: imperfetto and passato remoto.

If you’ve been studying Italian for a while you might know that the first one is used to express regular activities that happened in the past, while the second is used for situations that happened a long time ago.

The other tense is the passato remoto (Remote Past tense), which indicates an action that happened – you guessed it – in the remote past. It looks like this:

You will hardly hear passato remoto in Italian – it is not very common as native speakers prefer to use other tenses instead (such as passato prossimo).

Venire Conjugation to Talk about the Future

Italian has two Future tenses: simple and compound. Let’s take a look at the Future Simple first. This corresponds to the “will come” or “going to come” structures.

So far, we’ve seen all the simple tenses of the venire conjugation in the Indicative mood, the most common and used mood in Italian.

The compound tenses of venire are formed with the auxiliary verb essere (to be). As always, you need to add the past participle of venire, which is venuto.

Let’s now take a look at how to form each compound tense and when to use them.

This is perhaps the most used past tense in Italian and it’s similar to the English “have come” structure.

It is used to indicate that something occurred in the recent past and can be translated in English both with the Simple Past and with Present Perfect.

The Present Perfect tense of venire is formed by the Present simple of the auxiliary verb essere (to be) + its past participle: venuto.

If the subject of venire is feminine it requires to change the ending with “a” (singular) or with “e” (for plural nouns).

There are two more compound past tenses standing in our path to knowledge: trapassato prossimo and trapassato remoto.

It is similar to the English “had come” and is formed with the imperfetto (Indicative Imperfect) of the auxiliary verb essere and its past participle venuto.

The other compound past tense is trapassato remoto (Preterite Perfect tense), which does not exist in English. You can translate it with the “had came” structure.

It is used mostly in books and literature to indicate an action that happened a very long time ago, so don’t worry too much about using it in real life conversations.

The Italian futuro anteriore is a compound tense that belongs to the Indicative mood. It is normally used for the so called “future in the past”, which refers to an action which will be already finished before another action occurs in the future.

It is formed with the Future Simple of essere and the past participle of venire.

The Future Perfect tense is an advanced tense so don’t worry about it too much, as even native speakers often replace it with futuro semplice.

It only has four tenses: two simple and two compound tenses, and is often used in subordinate sentences introduced by the word “che” (that).

Let’s take a look at the Present Subjunctive of venire:

The Subjunctive Perfect has the same function of the present tense: it is still used to express a hope, wish or a hypothesis, but about something that occurred in the past.

The subjunctive imperfect is a simple tense that you can mostly find in conditional clauses. It is often introduced by the particle “se” (if).

The Pluperfect Subjunctive is an advanced tense which is used in third type conditional clauses to talk about “impossibile” conditions.

In this case, the condition or the action is impossible because it belongs to the past, so we already know that something didn’t happen. You can learn more about the use of conditional sentences in Italian here.

If you didn’t give up with the Subjunctive, we’re happy to tell you that the Conditional mood only has two tenses: present and past.

It is quite a simple mood to understand: it is the equivalent of the English structure with would + verb. Let’s see how to form it.

The imperative mood of venire is used to suggest (or to order) someone to come somewhere. It only has one tense.

Let’s finish with the indefinite moods of venire:

We’ve come a long way, but finally you know everything about the verb venire. Now that we’ve seen all the different tenses, let’s practice!

Learning how to conjugate venire might seem daunting at first, but don’t worry, it comes naturally with practice.

Test your skills and see what you’ve learned from this article by playing a selection of Italian sentences with conjugated forms of venire. 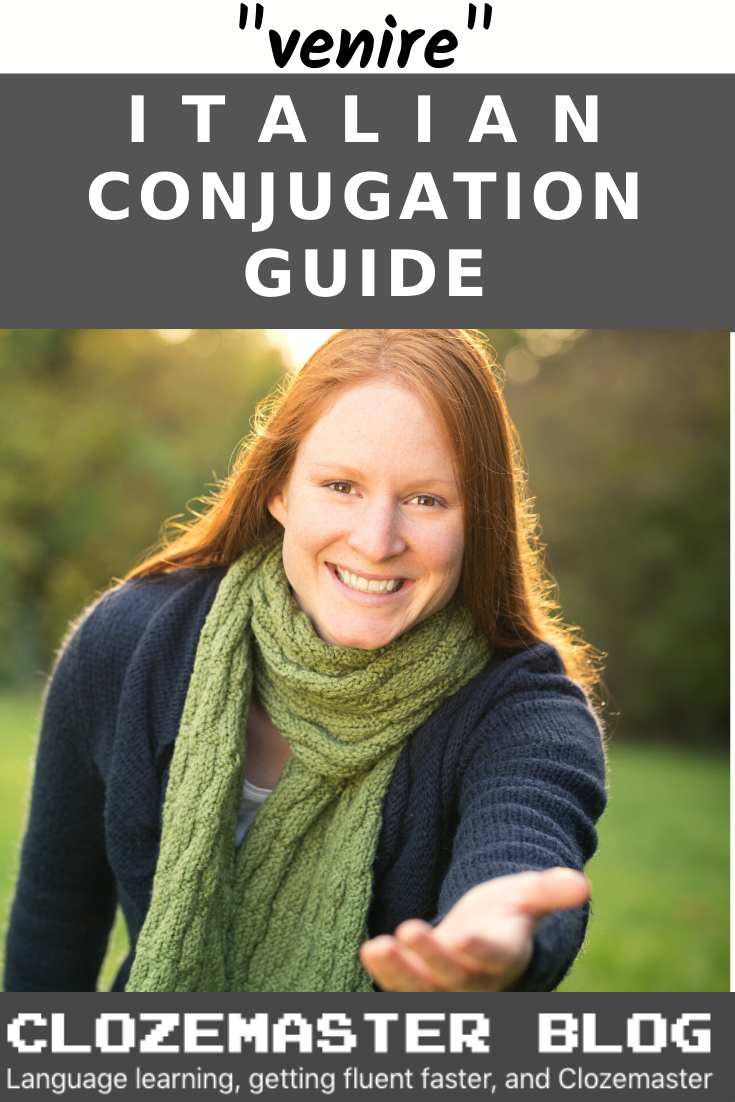