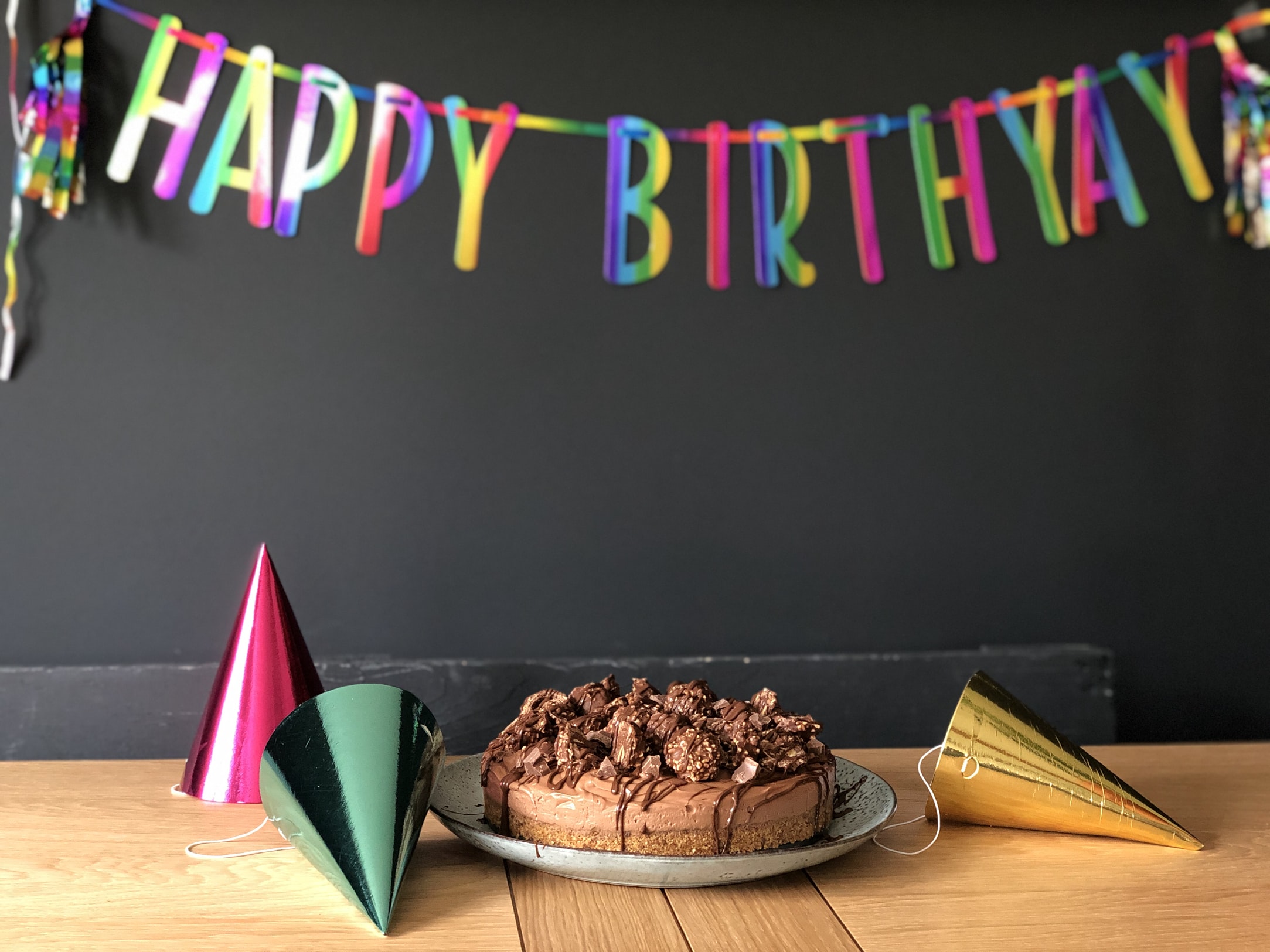 Summer, New Years, May Day. They’re all times for celebration and quite possibly cake. Birthdays, however are a trickier thing that has to be remembered for each person. Maybe you have a French-speaking friend or relative and you want to earn some brownie points. In this post, you’ll learn all about saying “happy birthday” in French like a pro.

There are several ways to express the idea in French. You should also know that not all French-speakers say it the same way, so you’ll learn a few expressions to make sure that you’re ready for any situation no matter where you are.

The Standard Ways to Say “Happy Birthday” in French

Let’s start with the two most common expressions for saying “happy birthday” in French. The first is more or less the standard in European French.

The phrase is pronounced something like “zhwah-yeuh⤻zah-nee-veR-seR”. Keep in mind that a liason occurs between the two words, so there’s a nice zzz sound at the beginning of anniversaire.

The other most common phrase to use on someone’s birthday is:

As with joyeux anniversaire, a liason occurs and the last sound of the first word moves to the beginning of the second. So you should start the second part with an n sound.

A Quick Note About Anniversaire

In English, the words “anniversary” and “birthday” are quite distinct. In French, however, the word anniversaire fills in the space for both. So how do you tell them apart from each other?

Likewise the word anniversaire can be used for the anniversary of almost anything, but it will pretty much always have the preposition de behind it to tell you what.

Canadians Do It Differently

The two expressions joyeux anniversaire and bon anniversaire are pretty typical for European French, but they are a lot less commonly used in French-speaking Canada. Across the Atlantic, the expression most often used is bonne fête (“bohn feht”).

The phrase literally translates to “good party”, but it’s the go-to way to say “happy birthday” in Canadian French.

Be aware though. While your meaning would be understood saying bon anniversaire in Canada, you can’t use bonne fête in Europe. There the phrase bonne fête is used to celebrate a person’s name day (Saint day) and unless the odds are really in your favor, it won’t be the same as their birthday.

What if You Forgot? – Saying Happy Belated Birthday in French

Nobody’s perfect and dates can be hard to remember. So what happens if you have to wish your French-speaking friends a belated birthday. It’s actually pretty simple. Take the phrase joyeux anniversaire that you already know and simply add en retard (belated, late) at the end.

Mixing it Up With Other Expressions

You might like that just as in English, the French expressions for “happy birthday” are quite consistent. However, you might also want to mix things up and have a few other ways to say “happy birthday” in French so that you stand out a bit. So, we’ll go over a few for you now.

This can work as a nice replacement.

Meilleurs vœux is mostly used to say “best wishes” in writing, but you can sometimes hear it spoken French as well.

Talking About Age in French

Since someone you know is having a birthday, you can ask them how old they are. In some countries, questions of age are sometimes danced around or avoided, but in French, there’s no problem with being direct about it.

The question you should ask translates literally to “what age do you have?” Remember that in French you express age with the verb avoir. You can think of it as ‘having’ years and age. So with someone you’re close with you could ask:

Quel âge as-tu?
How old are you now?

Of course, if you need to ask the question to someone that you have a bit more social distance with, you can make it more formal with the vous-form.

Quel âge avez-vous?
How old are you?

When someone answers, they’ll respond with how many years they “have”.

Now that you’ve gotten more familiar with how to say “happy birthday” in French, what do you say next? Well, if you’ve been invited to the birthday party, then there’s going to be a lot of other vocabulary that you should also know.

Let’s start with some of the most common things you might see at une fête d’anniversaire:

A Note About des Gâteaux

For the French, le gâteau d’anniversaire is quite a simple affair. Don’t expect frosting and elaborate decorations on the cake. Instead, you’re more likely to get a minimalist gâteau with more subtle flavours of fruit and/or nuts. Tarts are also quite common.

To give you an idea, we’ve laid out some common dessert vocabulary for those of you with a sweet tooth to enjoy:

Of course when the cake comes out, people will often sing the “happy birthday” song. In the French-speaking world, there are two well known songs for this part of the birthday party.

The first is rather simple. It’s really just the phrase joyeux anniversaire repeated four times. But can use it to practice your liaisons and the vowel sound of the French -eux.

Of course, if you find yourself in French-speaking Canada, then you need to swap out joyeux anniversaire for its Quebecois counterpart. As with the previous song, the words are simple and you can learn them on the ride over to party:

The other “happy birthday” song is a bit more complex and will definitely take you a bit longer to learn:

So there you have it. You should be ready to wish someone a good birthday no matter where you find yourself and what kind of French speaker you find yourself with. Now you can feel confident to go up to your Francophone friends and family to wish them a very bon anniversaire. 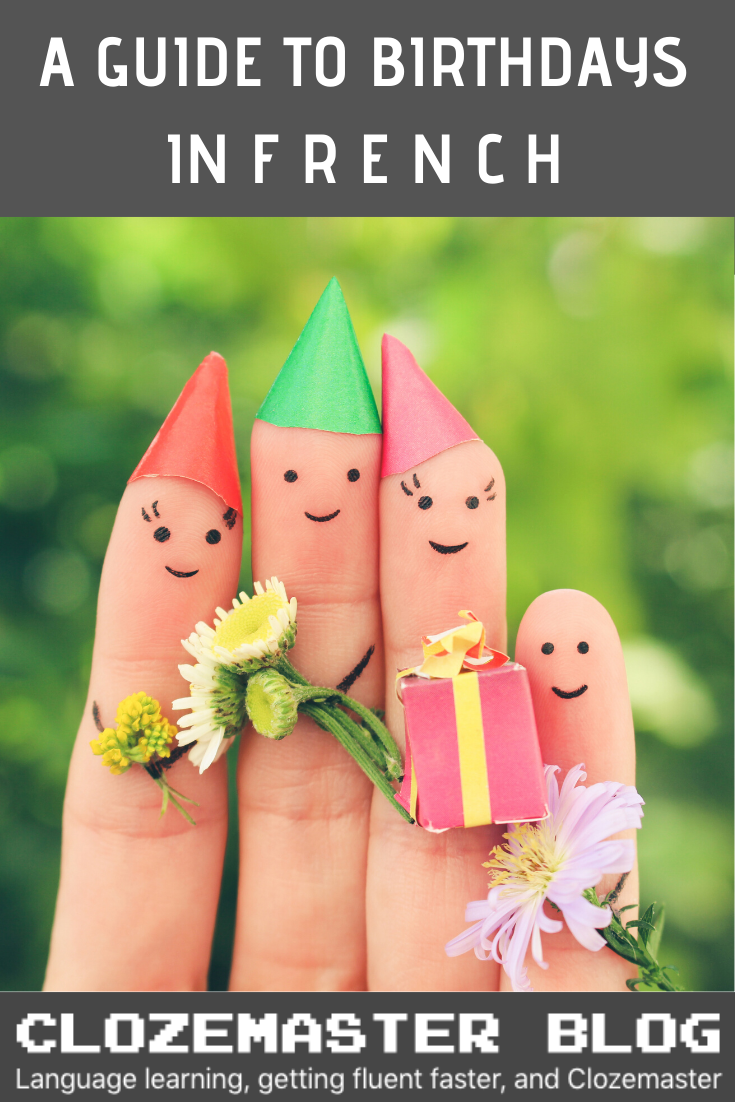