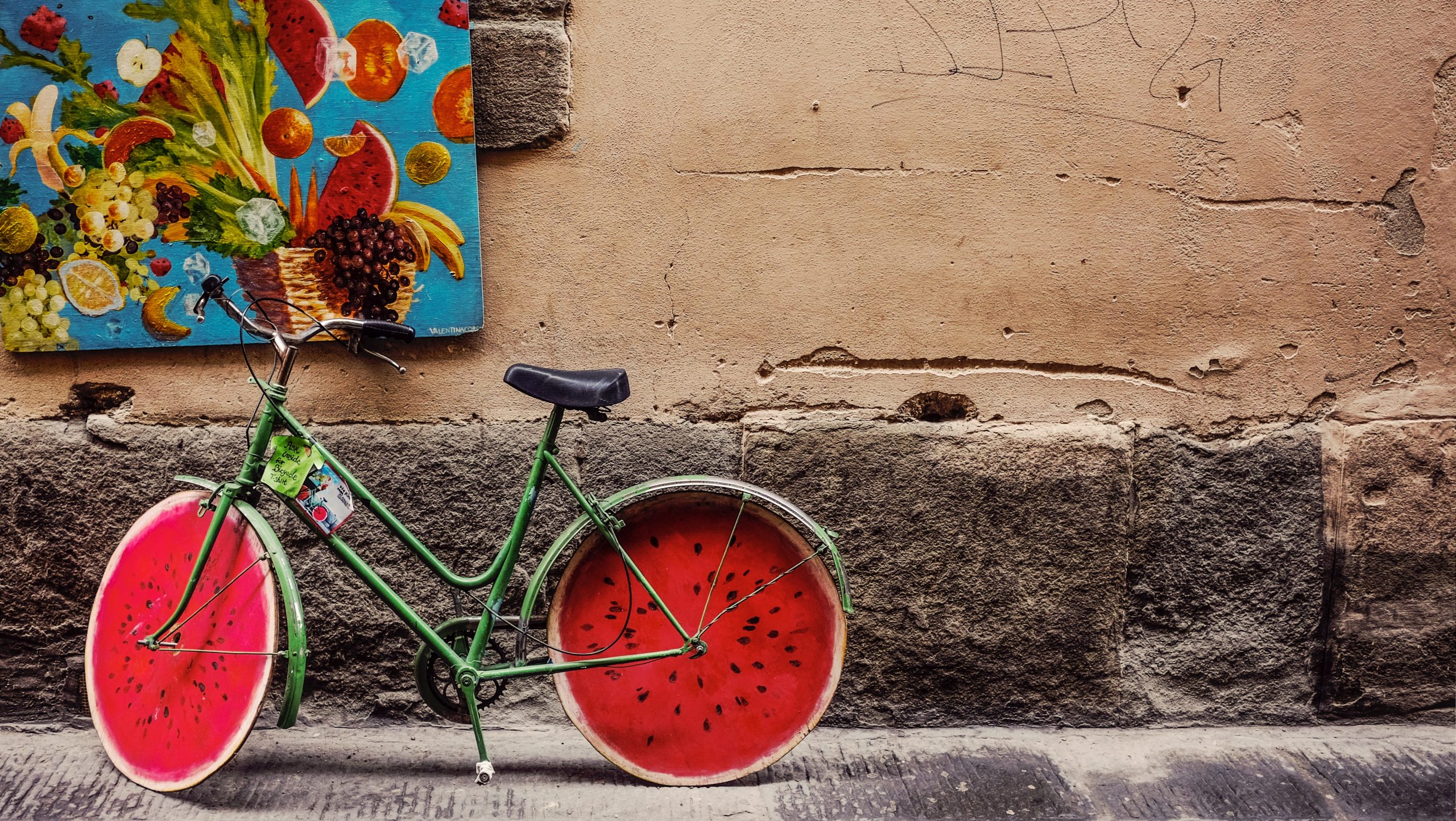 Pronouns are an essential part of any language, used to indicate or replace the person, animal or thing that is either doing or receiving an action.

Italian pronouns are mainly divided into:

If you feel confused by all these categories, you’re not alone. Most people don’t even know what a pronoun is, but in this article we’ll learn all about them and how to use them properly.

Italian subject pronouns are the equivalent of the English I, you, he, she, etc.

The third-person pronoun are lui (or egli), lei (or ella), esso and essa (it), loro (or essi). Lui, lei and loro are commonly used in spoken language, while egli, ella and essi are used almost only in literature. Esso and essa are seldom used, with the exception of some regional uses.

Unlike English, the third-person pronoun lei (which is normally singular and feminine) can be used to address someone we’re not quite familiar with, like elder people. It’s basically a polite and formal way to address someone you’ve just met and is older than you, or in a higher position than you. With friends, family, peers and children it’s ok to use the pronoun tu.

So, if you hear two people having a formal conversation and using the pronoun “lei”, chances are they’re not talking about a third (female) person, but they’re actually addressing each other politely.

Another difference with English is that Italian pronouns indicating the subject are often omitted when the reference it’s obvious, because otherwise it may sound repetitive.

However, if you use the word anche (also) referring to the subject, it is mandatory to include the pronoun in the sentence.

Italian object pronouns are used instead of a noun to indicate who is affected by the action of the verb. There are two kinds or object pronouns: direct and indirect.

These are the direct pronouns in Italian:

Direct pronouns are used to indicate the direct recipient of the action of a verb, and they replace object nouns. This means that, instead of using a noun in a sentence (be it a place, a person or a thing) you use the appropriate pronoun. For example:

Here, “la” replaces “pizza” in the first example, while “lo” replaces “Marco” in the second sentence. To choose the correct direct object pronoun you need to consider whether the direct object in the sentence is masculine or feminine and singular or plural.

Direct pronouns are used to answer the question “Who? What?”. In some cases, the direct pronouns can be put either before the verb or right after it. This is the case when two verbs are joined by a preposition (“a” in the following example).

Italian direct pronouns always follow the verb when this is used in the imperative, gerund or infinitive form:

The Italian indirect pronouns are:

In this case, “le” replaces Lucia and “gli” replaces Marco. In the chart below we show you how to replace the object, so you will easily remember:

Pay attention to the use of the indirect pronoun loro, as it always follows the verb.

While the third-person plural pronoun is “loro”, it is also acceptable to replace it with “gli”.

Let’s now jump into Italian possessive pronouns. Here they are:

You also need to remember that the possessive pronoun has to agree in gender and number with the definite articles “il, lo, la, il, gli, le”.

Also, don’t confuse possessive pronouns with possessive adjectives. In Italian, they look exactly the same, but they serve different purposes. The first actually replaces the noun, while the second modifies it. For instance:

You may guess that the difference is that the latter change according to the other elements of the sentence.

The invariable pronouns are che, cui and chi. “Che” can replace a subject or a direct object (be it a person or a thing).

The exception is when “che” is preceded by the definite article “il”. In this case, the structure “il che”, refers to everything that is placed before it.

Cui replaces any other complement and is always preceded by a preposition.

When cui is preceded by the definite articles “il, la, le, i”, it indicates possession.

Chi is used instead of structures such as “those who”, “the one who”, “the people who” or “everyone who”. Many Italian sayings start with “chi”, which refers to all people in general.

The pronoun “il quale” and its gender/number variations, have the same functions as “che” and “chi”, meaning that it can replace the subject and the complements. You just need to pay attention to the gender and number of the noun that is being replaced and pick the correct pronoun.

In the sentences before, il quale and la quale replace two people (the girl and the guy); therefore, they agree with the gender and number of these two complements.

Let’s now see the last Italian pronouns in our list: reflexive pronouns. They work together with reflexive verbs, and they agree with the subject.

They are used to indicate that the action’s object is the same as the subject.

Some verbs that are commonly used with reflexive pronouns are vestire (to get dressed), lavare (to wash), chiedere (to ask), pulire (to clean).

Italian pronouns are tiny little blocks that you need to master if you want to convey the right meaning and sound more natural as you speak. If you’re not sure whether you’re able to use them correctly, fear not! Take a look at our practice section below, and you’ll master them in no time. 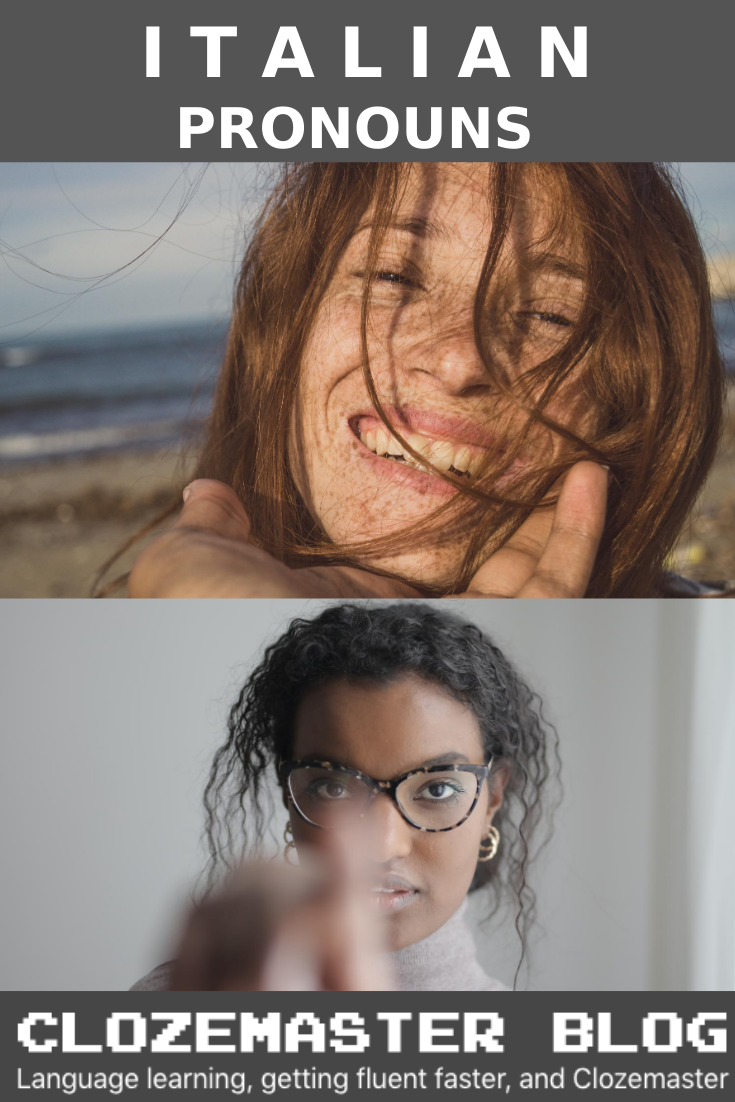 3 thoughts on “The Ultimate Guide to Italian Pronouns”