After discussing the conjugation of the verbs “essere” and “dire” in Italian, it’s time to focus on the “andare” conjugation. “Andare” is another fundamental verb, which mainly means “to go”. It is used when we want to talk about movement from a point to another one, no matter if it’s on foot or by any means of transport.

The “Andare” Conjugation in the Indicative Mood

Let’s start by conjugating this verb in the finite mood indicativo (Indicative).

As it very often happens with the most common verbs, “andare” is an irregular verb in the present tense, so you just need to memorize its forms.

As you can see from the last example, in Italian we not only use the present tense to describe current actions, but also to express future actions. We understand we are talking about something that will happen in the future thanks to the time marker, in this case “tomorrow”.

The passato prossimo is a compound tense.

The auxiliary verb for “andare” is “essere” and the past participle is andato. As it happens with all verbs which require this auxiliary verb to form the compound tenses, the past participle agrees with the subject of the sentence in number (singular or plural) and in gender (masculine or feminine), therefore we have four forms: andato (masculine singular), andata (feminine singular), andati (masculine plural), andate (feminine plural).

In Italian we use this tense when we want to talk about something we have started and completed in the past. It’s usually an action which only happened once.

As you can see from the translations, the Italian passato prossimo usually translates into the Simple Past Tense in English.

In contrast to the passato prossimo, the imperfetto is used to describe recurring actions of the past.

In this case the use of the imperfetto of “avere” is about a habitual action of where we used to go.

We can also use this tense to describe what happened while another action was in progress. Take a look at the following example.

The example belows describes a one-time action, but in this case we can’t use the passato prossimo, because the main focus is on the prolonged duration of the movement. For this reason, we use the imperfetto instead.

The trapassato prossimo is used to describe an action which happened before another action happened in the past. For this reason, we rarely use this tense by itself.

This tense is typically used in formal written language, for example novels or historical books, especially when referring to an event happened in a distant past, but not only.

It’s rarely used in spoken language, where it’s substituted with the passato prossimo, so you just need to learn it in order to recognize it.

As already mentioned when talking about the present tense, in Italian we tend to avoid the use of the future if it’s clear from other elements of the sentence or from the context that we are talking about a future action.

However, we can also use this tense to express assumptions, to talk about expectations or to indicate uncertainty.

The futuro anteriore is not a very common tense, but we do need it when we want to talk about a future action which will only occur after something else has happened. Let’s look at the sentence below to see how it works.

The “Andare” Conjugation in the Subjunctive Mood

The subjunctive mood has two simple and two compound tenses. It’s used when we want to convey doubts, opinions, wishes, hopes and hypotheses. It is required after the verbs that express these meanings or after certain conjunctions, and it rarely stands by itself.

If you’re feeling a bit overwhelmed, that’s totally understandable: the congiuntivo conjugation gives a hard time to a lot of Italians, too!

The “Andare” Conjugation in the Conditional Mood

Combined with the congiuntivo, the condizionale is used to form hypotheses.

The “Andare” Conjugation in the Imperative Mood

The imperativo is used to give orders. That’s way the first person singular form doesn’t exist.

Conjugation of “Andare” in the Indefinite Moods

Lastly, here are the indefinite mood forms of the verb “andare”.

Learning how to conjugate andare might seem daunting at first, but don’t worry, it comes naturally with practice.

Test your skills and see what you’ve learned from this article by playing a selection of Italian sentences with conjugated forms of andare. 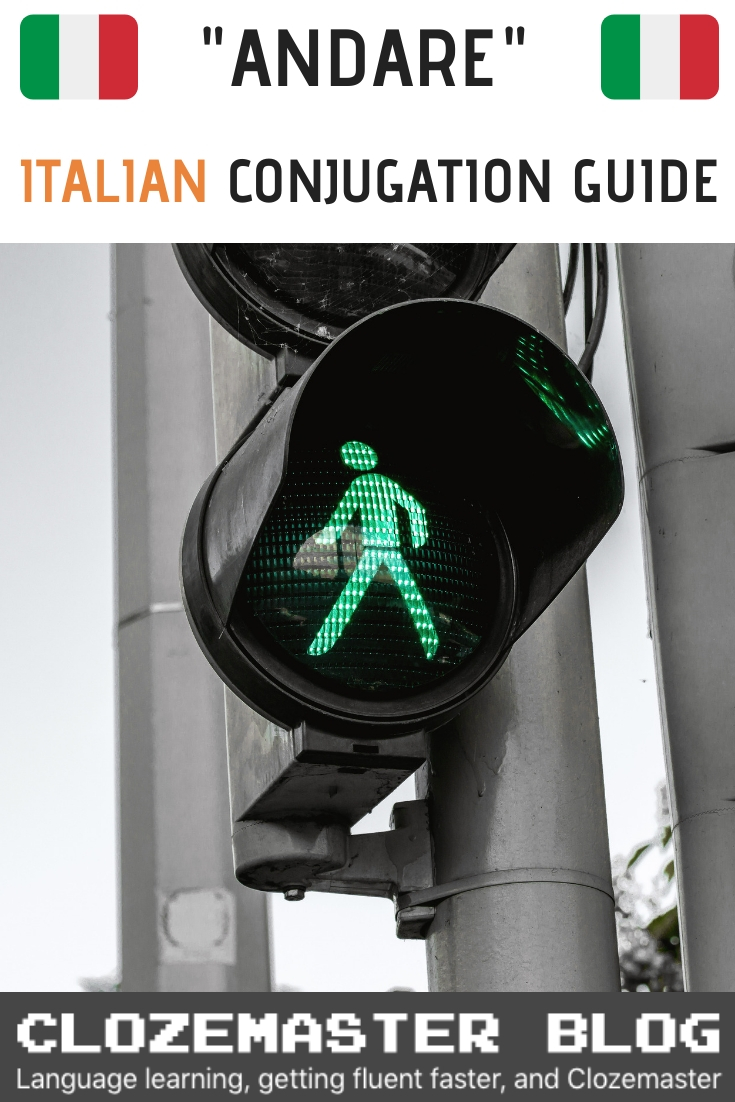