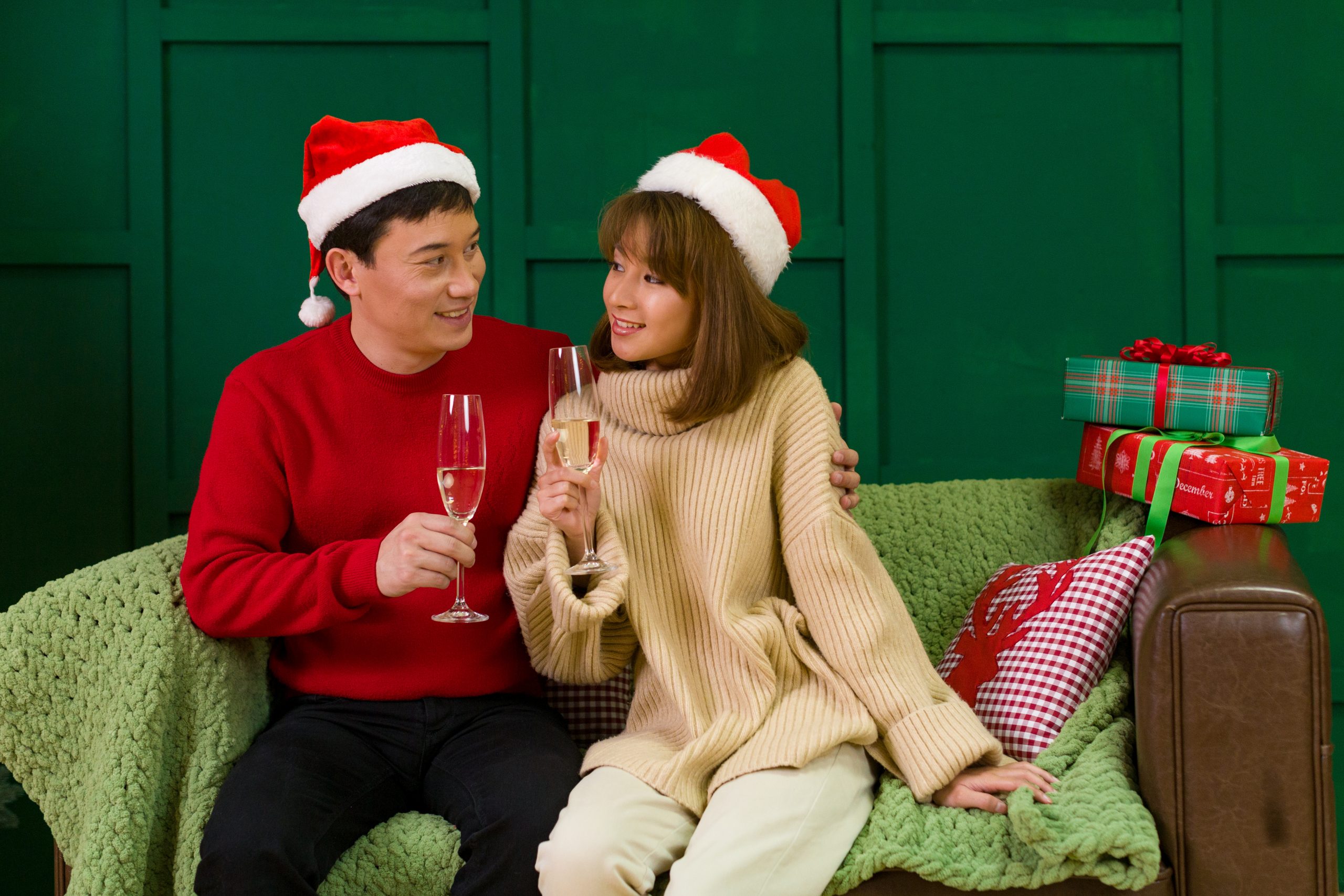 As the holiday season approaches, do you ever wonder how Christmas and New Year’s are celebrated in Japan? Both holidays are widely celebrated, but Japan has only been celebrating Christmas for about 500 years! New Year’s is a much bigger, much older celebration. In this article, we’ll take a look at these two popular year-end holidays, as well as what you can expect if you celebrate them in Japan.

Christmas is an imported holiday for Japanese people, but they’ve still found ways to make it their own.

Technically, Christmas Eve is more of a popular holiday in Japan than Christmas day. While neither dates are federal holidays, families will celebrate together with a special dinner and children will open presents.

There is only one way to say “Merry Christmas” in Japanese, and it sounds about the same as it would in English! メリークリスマス (merii kurisumasu) is a loan phrase from English. It is Merry Christmas, but with the slight twist of a more Japanese pronunciation.

Because it’s a loan phrase, there is no politer way to say Merry Christmas in Japanese. Fortunately, メリークリスマス isn’t considered an impolite phrase, either. Feel free to wish your friends, your elders, or even your boss a very メリークリスマス!

Christmas décor in Japan is similar to what you’d find in your own country. Christmas trees may be smaller, as Japanese homes can run on the small side. Christmas illuminations are adored by the Japanese and can be found everywhere. Wreaths, Santa-themed decorations, and even mistletoe are common in Japanese homes and Christmas parties.

Unlike many western cultures, Japanese families do not gather for a large Christmas dinner. Instead, the nuclear family gathers for a festive dinner on Christmas Eve. The main course? Fried chicken. Kentucky Fried Chicken is especially popular for the true holiday cheer. In fact, while you might not find the local KFC packed to the brim with families on Christmas Eve, you might be hard-pressed to order takeout on December 24th.

KFC in Japan opens pre-orders for Christmas dinner as early as late November, with offerings of fried chicken in festive buckets, roast chicken thighs, and even a premium rotisserie chicken for the truly ravenous.

Christmas cookies are not popular in Japan, but cake is a different matter. This isn’t your grandma’s fruitcake; Japanese Christmas cake is typically strawberry shortcake covered in snow-white whipped cream. It is always topped with luxurious strawberries, which are a winter fruit in Japan. You needn’t feel pressured to make your own cake for Christmas; in Japan, you can order a Christmas cake just about anywhere. 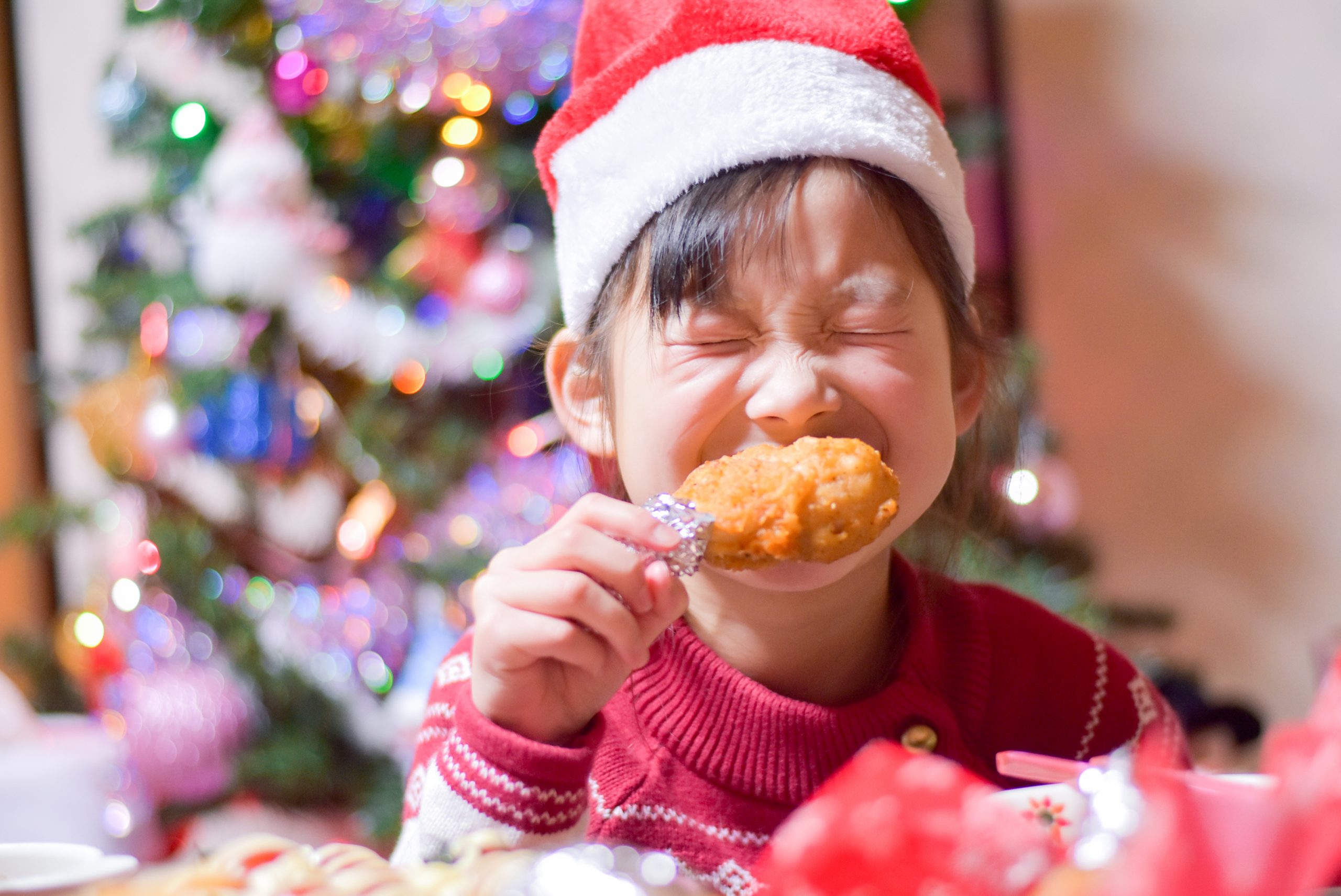 There are few carolers in Japan, but many Christmas songs can be heard wherever you go. Two especially popular tunes are Mariah Carey’s All I Want for Christmas is You and Beethoven’s Ode to Joy.

Japanese children will often receive a single Christmas present from their parents, and perhaps some money from their grandparents. New Year’s is more of a gift-giving holiday that children look forward to in Japan.

As mentioned earlier, Christmas Eve is the main Yuletide holiday in Japan. It is celebrated more with romantic dates than with family gatherings. Very few people go to church, but almost everyone who has a romantic partner will go out to eat, visit a Christmas Market, and enjoy the Christmas lights together. It might be more accurate to think of Christmas as the third Valentine’s Day that Japan celebrates.

Despite its differences in Christmas traditions when compared to other countries, Japan still experiences the warmth, hope, and seasonal excitement that anyone who celebrates Christmas can relate to. Christmas is a unique experience in Japan, and we encourage a visit during the holiday season.

お正月 (o shougatsu), or New Year’s, is one of Japan’s biggest holidays. It’s officially celebrated from January 1st through the 3rd, but traditions and celebrations of 年末 (nenmatsu), or the year’s end, can begin as early as the beginning of December.

There are two major New Year’s greetings in Japanese.

良いお年を！ (Yoi o toshi o!) – Have a great New Year!
Yoi o toshi wo literally means, “A good year.” It’s most often exchanged with people who you will not be meeting again until after the New Year holidays are over. The implication is a wish for a happy end of the year in addition to a prosperous New Year.

In Japan, New Year’s decorations are very natural. There are no illuminations (although Christmas lights may still be up and twinkling around the country). Traditional New Year’s decorations consist of fresh pine branches, bamboo, and thick ropes made of straw. Each of these are symbolic in the Japanese Shinto religion, which holds the belief that gods are present in objects. Another common Japanese New Year’s decoration is a tower made of Japanese rice cakes, called 鏡もち (kagami mochi).

Food is a big part of Japanese New Year celebrations. Much like the western Christmas tradition, everyone gathers with extended family to enjoy some festive treats.

The main event is called おせち (osechi), a bountiful arrangement of symbolic, traditional Japanese foods. From simmered vegetables to delicious prawn, osechi is healthy and delicious. It is decoratively arrayed in special bento boxes and shared amongst the family. Some prefer to make their own osechi—an effort that may take up to three days!—while others choose to order it. Like Christmas cakes, the osechi market is vast, but should be approached in a timely manner if you want the good options. Osechi is eaten on New Year’s Day by families all over Japan.

Before the osechi box is opened on New Year’s Day, many Japanese people turn to buckwheat noodles called そば (soba) on New Year’s Eve. This New Year’s Eve noodle dish is called 年越しそば (toshi koshi soba), or “end of the year soba”. It symbolizes longevity, as the noodles are long and never cut. Toshi koshi soba is often eaten in a warm, mild soup with scallions, grated ginger, and perhaps some fish cakes. Younger people are distancing themselves from this particular dish, but personally, we think it’s delicious.

Finally, the New Year’s mochi, often pounded by hand as a year’s end tradition, is eaten on New Year’s Eve and on New Year’s Day. This chewy rice powder cake has no distinct flavor, but people will either dip it in a soy sauce glaze and cook it, powder it with sweet soy powder, or cook it in a soup called お雑煮 (ozouni). Just be careful to thoroughly chew your mochi! It presents an extreme choking hazard, to the point that the Japanese government issues a warning every year. 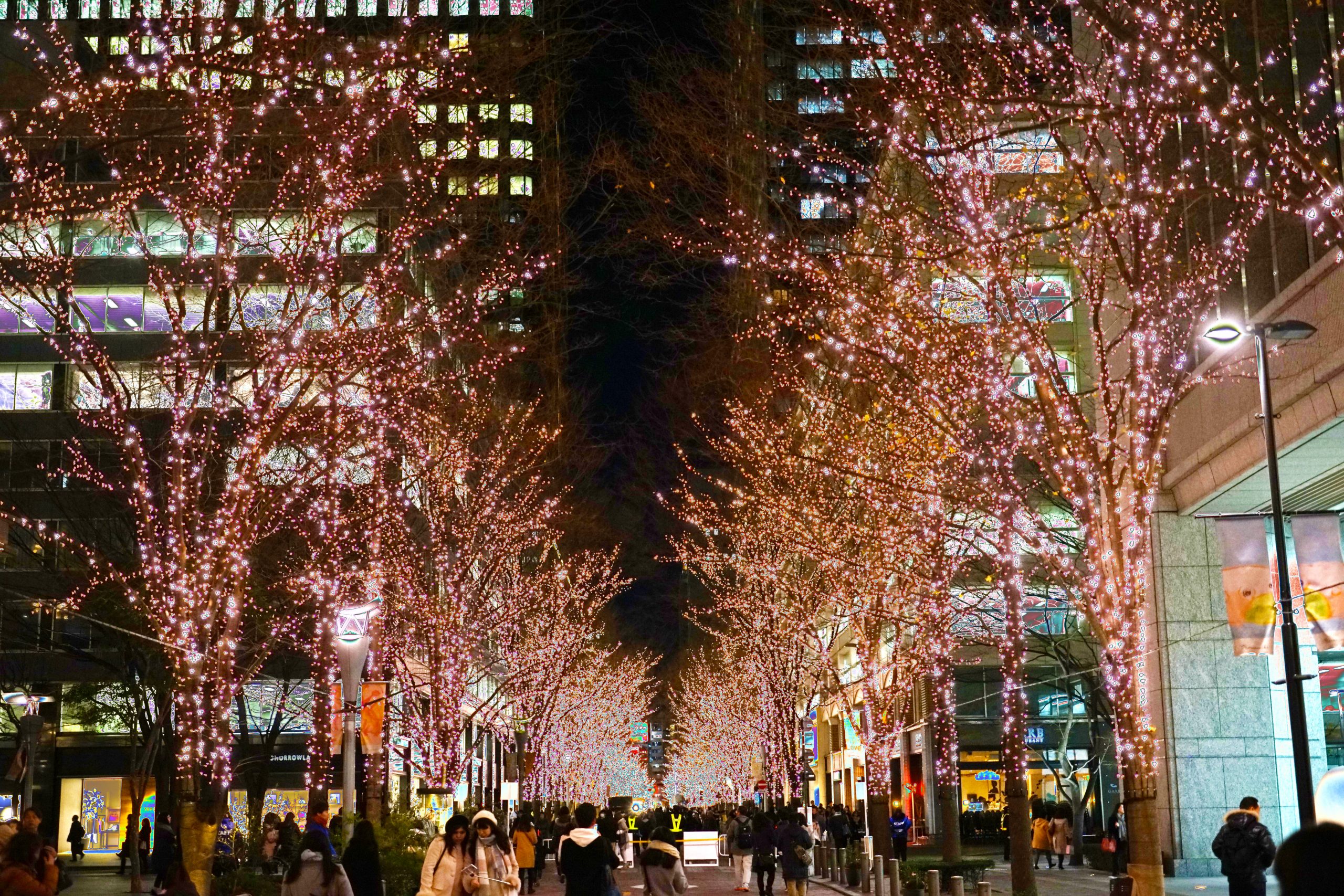 New Year’s in Japan is packed with traditions and history. To begin with, people will clean their houses! 大掃除 (oosouji), or “the big clean” is an effort to “clear out” bad spirits and troubles of the old year and prepare a fresh, clean space for the New Year spirit. This spirit is welcomed in with a straw decoration hung on the door.

While the holiday cheer of the west is spread with Christmas cards, Japanese people prefer 年賀所 (nengajo), or Japanese New Year’s cards. These decorative post cards either have the theme of the year’s zodiac (this year, it’s a cow), or perhaps a family photo. Stamps are included already on nengajo, so all you have to do is fill out the address, write a short message, and put it in the post before your area’s deadline. Your nengajo will arrive on New Year’s Day, and if you have a permanent address in Japan, you’re likely to get a handful yourself! Nengajo are a delightful way to experience New Year’s greetings from your family and your friends.

On New Year’s Eve, many Japanese people will visit a local shrine and stand in line to ring the shrine’s traditional bell. This bell ringing, known as 除夜の鐘 (joya no kane), symbolizes the ringing out of bad spirits—much like with the “big clean,” this is done in order to welcome in good spirits of the New Year.

As New Year’s Day dawns, many people in Japan will climb a mountain or hill to watch the first sunrise. This 初日の出 (hatsu hinodeu), or “first sunrise” is believed to bring luck to those who witness it.

After this, family groups will again visit a shrine, this time to cast five yen coins into the offering box and pray for a fortunate year. This practice, called 初詣 (hatsumoude) is popular whether or not the people attending are religious. Though typically a Shinto tradition, Buddhist temples open for celebrators and are just as popular. Charms and New Year’s goods are offered, food stalls are opened, and locals gather to wish each other a happy new year.

While there are no official New Year’s Day presents, children will receive money in decorative envelopes called お年玉 (o toshi dama). Depending on the child’s age, the amount of o toshi dama can go up to 50 dollars (5,000 yen) per envelope! Japanese children are often more excited about o toshi dama than they are about Christmas presents, as they can use their money to buy the toys of their choice. Children in Japan will receive this money until they come of age at 20 years old.

New Year’s in Japan might feel more like Christmas than Christmas in Japan might, but both holidays are worth experiencing. Japanese oshougatsu is a uniquely Japanese tradition that will give you a deeper glimpse into the heart of Japan’s culture.

Christmas and New Year’s are celebrated differently in Japan than they are in other countries. But just like most countries, both holidays involve a lot of food, family, and fun. What is your favorite Christmas or New Year’s tradition? How do you celebrate these holidays in your country? We would love to hear from you! Happy holidays, and thank you for reading this article on New Year’s and Christmas in Japan.