We all know second language speakers who speak as if native speakers. They speak eloquently, they use idiomatic constructions and their pronunciation is comparable to someone who has spoken the language from early childhood. On the other hand, there are learners who exhibit competence in one or more of these fields, but lack expertise in other areas. We may have met someone who speaks grammatically excellent English, for example, but retains elements of their native accent. We may also know people who have been learning a language for a long time, but still commit basic errors. Even learners who live in a country where their target language is spoken may never progress beyond a lower intermediate or even a beginner’s level. 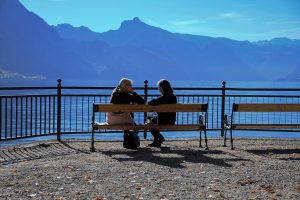 Why are there so many diverse outcomes to language learning? Why do some learners seem to emulate native speakers while others do not progress beyond a basic level? This article examines this question, and makes suggestions about how to continue to make progress.

Interlanguage – a language system unique to you

An interlanguage is an underlying system of language which emerges in the process of learning a second language. A learner can make use of the rules of the target language in a way which is unique to them. In instances where they have not entirely acquired a particular construction, for example, the learner can fill in the gaps themselves. Individual learners do this in different ways. They may overgeneralize rules, for example, or by transfer features from their native language to fulfill functions in the target language. A version of the language which is unique to a particular learner is an outcome of their interlanguage.

Variability in a learner’s interlanguage is often apparent in the learner’s usage. A learner may display native-like complexity in one domain, but basic -level simplicity in another. A learner might speak a second language very fluently, for example, but their sound system may be comparable to that of their first language. A French learner of English may display a basic grasp of grammatical constructions, but a comparatively broad knowledge of complex vocabulary. This might be a result of the similarities in the vocabulary between the two languages.

The concept of interlanguage presumes that learners create their own system of language based on a variety of factors. The motivation of the learner can play a major role in determining the nature of an interlanguage. 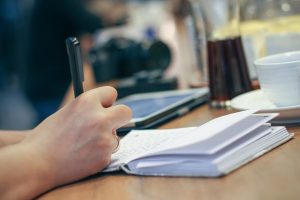 For example, a business may employ a number of workers who do not speak English very well.  The business owner decides he would like to learn the workers’ language. The learner has no particular affinity for the language or its culture. He would like to acquire enough of the language to convey simple instructions. A small number of key vocabulary items and basic grammatical constructions would fulfill the desired function.  The learner may find that a handful of imperative, instruction-giving constructions are sufficient. There would be no need to express complex tenses. It may not be necessary even to form the simple present tense correctly. A simplified system where there is no verb conjugation might be sufficient. The employer in this example is likely to overgeneralize in their application of grammatical rules and will not acquire any irregular features of the language.

For this type of learner, the key goal is to convey meaning. Once they are able to convey meaning, they feel there is no need to correct the errors. Fossilization can also occur in motivated learners through complacency.

Where a learner has more complex linguistic goals, then the interlanguage is likely to evolve constantly. A learner who wishes to move to the country where the language is spoken, or who has a deeper affinity to the culture of which the language is a part will aim to acquire a more complex, multi-dimensional variety of the language. This type of learner aims to be conversant in a large variety of linguistic situations and tries to acquire complex forms of the language. Such a learner is likely to be constantly assessing their usage and making frequent amendments to their interlanguage, in an attempt to mirror native-like usage. Fossilization is less likely to occur in these cases.

Overcorrection can be apparent in the interlanguages of learners with complex linguistic goals. Learners may acquire a form and appear to be using it correctly. Then, when the learner becomes more conscious of how the form is to be used, they can overcorrect, sometimes incorrectly omitting the feature, for example. This is not an example of regression, rather it is evidence that the learner was only accidentally using the feature correctly in the early stages, through phrases which had been learned by rote, for example. Eventually, the learner comes to understand the correct usage of the feature and begins to use it consciously and correctly.

How can we continue our progress?

Learners stop learning for a variety of reasons. Some learners only have simple linguistic goals and stop learning once they can meet these requirements. More advanced learners can stall in their progress through complacency. Motivation is of key importance in order for a learner to continue their progress. Clozemaster is a useful tool which can help learners maintain motivation and continue to make progress. More motivated learners constantly assess and amend their usage and continue to evolve as a result.  Clozemaster’s cloze-learning games provide the learner with regular exposure to new vocabulary in familiar contexts. This encourages learners to stay engaged and make continuous improvements to their usage. With the help of Clozemaster, advanced learners are less likely to succumb to fossilization. 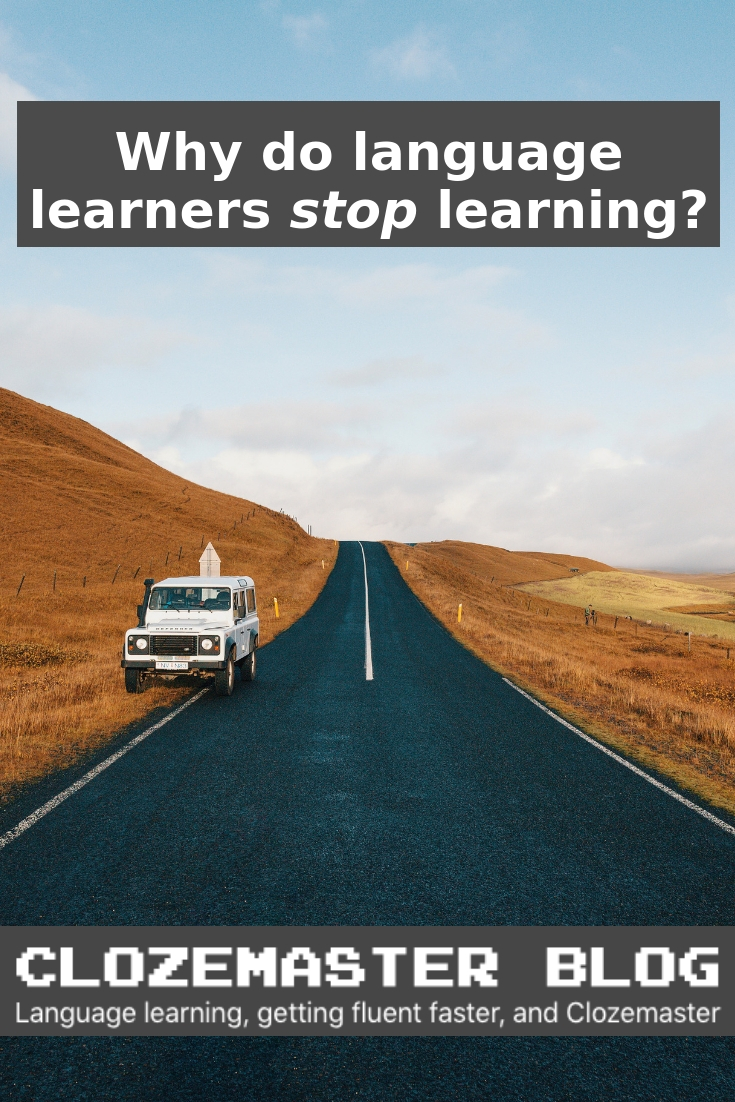