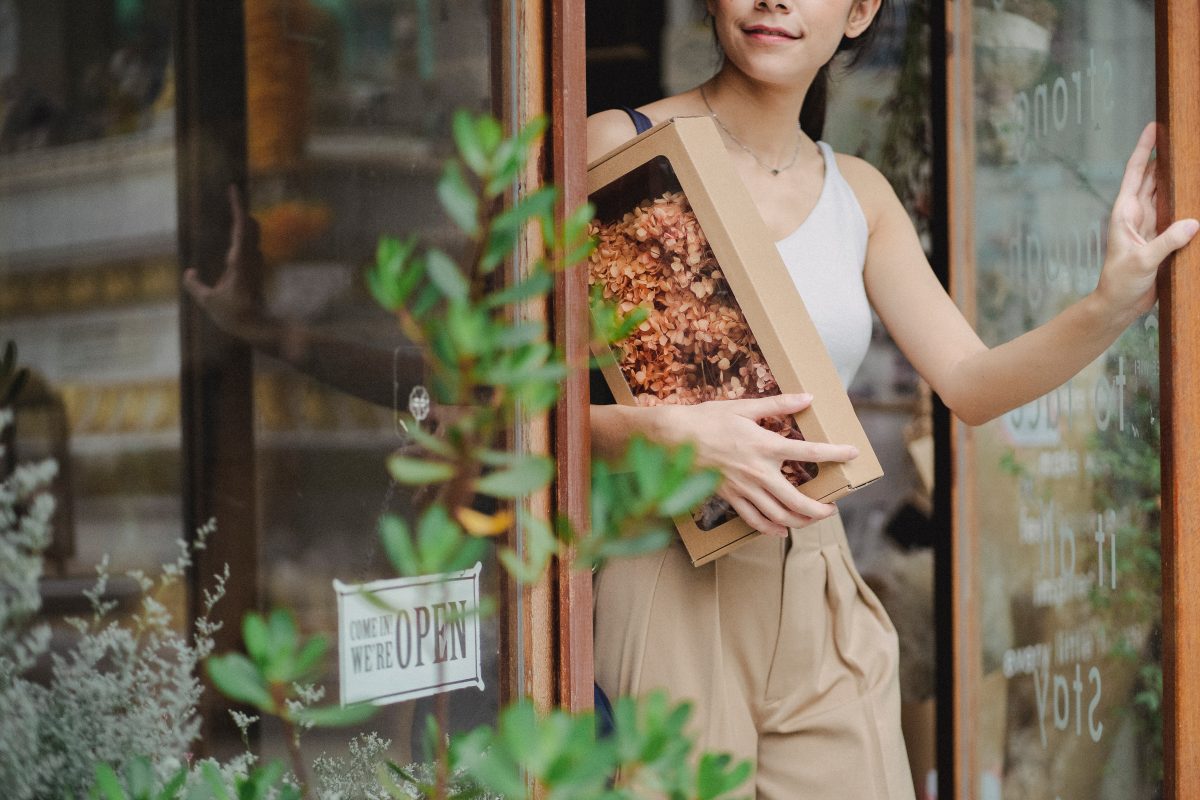 If you are studying Italian and are planning to visit lo Stivale (the Boot) for vacation, work or study, you will certainly need to learn the conjugation of uscire, which literally means ‘to exit’, but can also be used in a wide variety of different contexts, such as ‘to go/come out’, ‘to be published’, ‘to emerge or come from’ and many more.

In this post, we will learn how to conjugate uscire faultlessly, so that you can feel confident in using it on every day conversation.

Be careful, though! Uscire conjugation can be a tricky one, as it is slightly irregular.

However, before getting started on the conjugation itself, and all its secrets, let’s have a look at its meaning and usage in Italian.

Here are some introductory examples:

Do not worry, we will explain it all in this article so that you will never make a mistake in the uscire conjugation again! Are you ready?

Let’s look at how to use the Italian verb uscire, how to conjugate it, and when to use it in context with examples and dialogues.

Uscire: What Kind of Verb Is It?

Uscire is a verb of the third conjugation (-IRE), but it is slightly irregular. This means that in some tenses, when the stress falls on the first syllable, the conjugation changes.

The persons that will see a change are the first, second and third singular (io, tu, lui/lei) and the third plural (loro).

The change implies a different root, which changes from U- to E-.

Uscire is also a verb of movement and is therefore always intransitive, which means it can only take indirect objects.

Uscire: When and How to Use

As we already mentioned, uscire can be used in a wide variety of contexts, let’s have a look at some of them here!

One of the main uses of uscire is equivalent to the English ‘to exit / come out from’. You can exit a room, an unpleasant situation or a problem. With this meaning, we often use the preposition da (from). Uscire da Can also mean ‘to exit through’. Have a look at the examples below.

TIP: Be careful, with means of transportation, we use scendere da and not uscire da.

To go out / come out

If you are planning a night out with your friends, you can say stasera esco con i miei amici (I am going out with my friends tonight).

Uscire is also used to with the meaning “to come out”:

As we’ve just seen, uscire doesn’t have a romantic connotation. You can uscire con le amiche (go out with your friends), or uscire a bere un caffè con la zia (go out for a coffee with your aunt).

However, when used in the progressive form (i.e. sto uscendo con…), uscire con can mean “to be dating someone”.

Now that we’ve explained the basic rules of the uscire conjugation, and that we know how and when to use it, let’s look at all its forms.

We will look at the conjugation of the different tenses divided into levels: which are thought for all learners, from beginners to advanced (including those forms that even native speakers can never get right!).

As we just mentioned, we will use the verb essere (to be) as the auxiliary to build compound tenses. In the following tables, we will only use the masculine form of the participle (uscito and usciti), but remember, the participle will always agree with the gender of the subject performing the action.

We use the indicative mood to make statements, ask questions and express facts and opinions. If you are a beginner learner of Italian, these are the first verb tenses you will need, no doubt!

Let’s continue with the indicative mood in this section. The tenses you will find here are less used, but still very common, especially when reading, writing, watching films, etc.

If you notice, these are compound tenses, which means they are formed by two (or more) words. The only exception is the passato remoto.

TIP: Compound tenses are great! Why? Well, they allow you to just learn the conjugations for essere and then simply add the past participle uscito, uscita, usciti or uscite.

In this section, we’ll look at the conditional mood of the verb uscire. In Italian, this mood is used to talk about events that depend on a certain condition.

You will also find the subjunctive mood here, which is often used in combination with the conditional and can express demands and suggestions, hypothetical situations or wishes.

Here are the verbals of uscire:

The feminine form of the past participle, uscita, can be used as a noun. You will often see it printed on doors or gated to signal the ‘exit’.

I hope this guide on the conjugation of uscire was useful!

Before you go, let’s see a short dialogue with some uscire conjugations in context.

Learning the uscire conjugation might seem daunting at first, but don’t worry, it comes naturally with practice.

Test your skills and see what you’ve learned from this article by playing a selection of sentences with forms of the verb uscire.