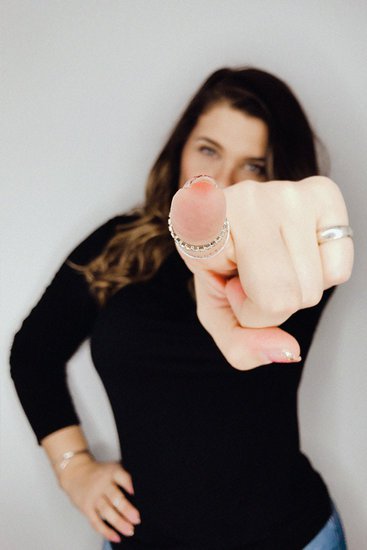 Hi, my name is Suzie and I’ve been tasked with the impossible feat of describing all the Spanish pronouns to you. I won’t claim that it’s going to be easy – in fact, Spanish pronouns are one of the last things I fully understood about the language. But they are extremely necessary, and used daily in conversations, so it’s really important to learn them as much as you can!

What is a pronoun?

Don’t feel silly if you don’t know what a pronoun is; many people don’t. Many other people think of pronouns as just words like me, you, him, etc., but there is more to it than that. The best way to describe a pronoun is something that stands in the place of a noun in a sentence. A pronoun represents someone or something, without specifying exactly what it is.

This vague definition is exactly why pronouns are so hard to define and some linguists debate about what is and isn’t one. That obviously doesn’t help you Spanish learners trying to get your head around the Spanish pronouns, though! So, let’s start with the basics for today, and look at the main, undisputed Spanish pronouns and how to use them.

Let’s look at the main subject and object pronouns in Spanish, and then some frequent questions students have about them.

How to know when to use subject and object pronouns in Spanish?

So, what is the difference between subject and object pronouns? The easiest way to understand it is to think of the difference between “I” and “me” in English. For example, we say “I love dogs”, but “dogs love me”. If we used the wrong pronoun in either case, the sentence would sound weird, right? That’s because “I” always has to take the subject position (before the verb) and “me” always has to take the object position (after the verb).

Other distinctions are he vs. him, she vs. her, we vs. us, and they vs. them.

Where to put the object pronoun in Spanish?

If the main verb is conjugated, the object pronoun should come before verb. For example:

If the main verb is in its infinitive form, the position of the object pronoun is optional. You can either place it before the conjugated modal, or attach it on to the end of the infinitive verb to make one longer word. Crucially, you can never have something filling both positions at the same time. For example:

What is the difference between le/lo/la etc. in Spanish?

If you looked at the table above, you might be wondering why there are two ways to say “him”, and three different ways to say “them”? Not to mention all the different versions of “you”. I get it; it’s confusing. But there is a method to this madness.

You can also apply all of the same rules for plurals, including ustedes, ellos, and ellas. The only difference with the plural is that you have to remember to add the ‘s’ to the end of each pronoun!

How to distinguish between “you” and “them”?

You might be thinking, if you use the same pronouns for second person formal and third person, how would you tell which you are talking about when situations can be ambiguous? Well, you can actually specify exactly who you are talking about by adding a + the prepositional pronoun (same as the subject pronoun) after the verb. This can also be used for emphasis. For example:

Curious about Spanish prepositional pronouns? Let’s look at those in a bit more detail!

As you can see, these are exactly the same as the subject pronouns with two exceptions – the first and second person pronouns.

Spanish prepositional pronouns can be used in the way described above, for emphasis or clarification, but they are also the pronouns that will appear after any preposition, such as de, para, en, a, etc. For example:

Reflexive pronouns are pronouns that refer back to yourself. These are almost the same as object pronouns, with just a few exceptions. This is described in detail in our post about the Spanish reflexive.

Look at the table above for a few moments. What’s the first thing you notice?

There is a lot of su and suyo, right? In fact, more than half of the table is taken up with this same word. How does that work? you might be asking. How on earth would you know whether someone is talking about their dog or your dog or his dog? Thankfully there are some very easy ways to distinguish between all these different meanings, which are very commonly used in Spanish.

Instead of saying su or suyo you can simply say de + the owner. So for example:

Instead of ese es su perro, you can say…

The difference between possessive determiners and possessive pronouns in Spanish

Technically, possessive determiners are not pronouns at all. But they are in this post because it is easy to mix them up, so it’s best you understand the difference. Luckily, there are more distinctions for these in English than there are for personal pronouns, so it is easier to understand the difference. But generally speaking, determiners are always followed by nouns, whereas pronouns replace nouns.

It’s all pretty straightforward and looks like it functions the same as in English up to this point. But Spanish possessive pronouns can also be used as adjectives, and that’s where it can throw some people off. This is common only in the first person, and so can be thought of as a translation for “of mine”. Some common examples of this:

Spanish possessives in masculine and feminine

Lo/s and la/s can be used in almost exactly the same way in both personal and non-personal pronouns. In other words, they can also mean “it” and inanimate “them”. However, le is a personal pronoun only, so cannot be used for other contexts. This works because indirect objects are generally people anyway. In fact, sometimes le can be used as a direct object when it is necessary to distinguish a person from an inanimate object. For example:

Usually the context is understood, though, but if there is any possibility for confusion, the name of the noun can always be added explicitly into the sentence. While it is uncommon to use the subject pronoun for inanimate objects, it is not incorrect.

Apart from referring to people and inanimate objects, lo can also stand for abstract concepts. A very versatile word indeed! This is an it that cannot be seen, heard, felt, or in many cases, even named with a word other than lo. This is where the usage of the word “it” differs between English and Spanish. This lo is often necessary in Spanish sentences where in English it is omitted. For example:

Interestingly, the opposite is true for tangible objects, where they can be omitted in Spanish, but simply cannot be omitted in English. For example:

This also has to do with the transitivity of verbs, which is a post for another day!

A final abstract use of lo is when it is paired with an adjective. The best translation for lo in this case is “the ___ thing is”. This is one case where the Spanish pronoun does not translate to a pronoun in English. For example:

This has been the quickest overview I could do of the Spanish pronouns. Hopefully that helps clear up some of your doubts! Remember, this is not a comprehensive post, and there are certainly more Spanish pronouns than what I have described above. But armed with this knowledge, you’ll be ready to take on the rest sometime soon!

Test your skills and see what you’ve learned from this article by playing a selection of sentences with Spanish pronouns: 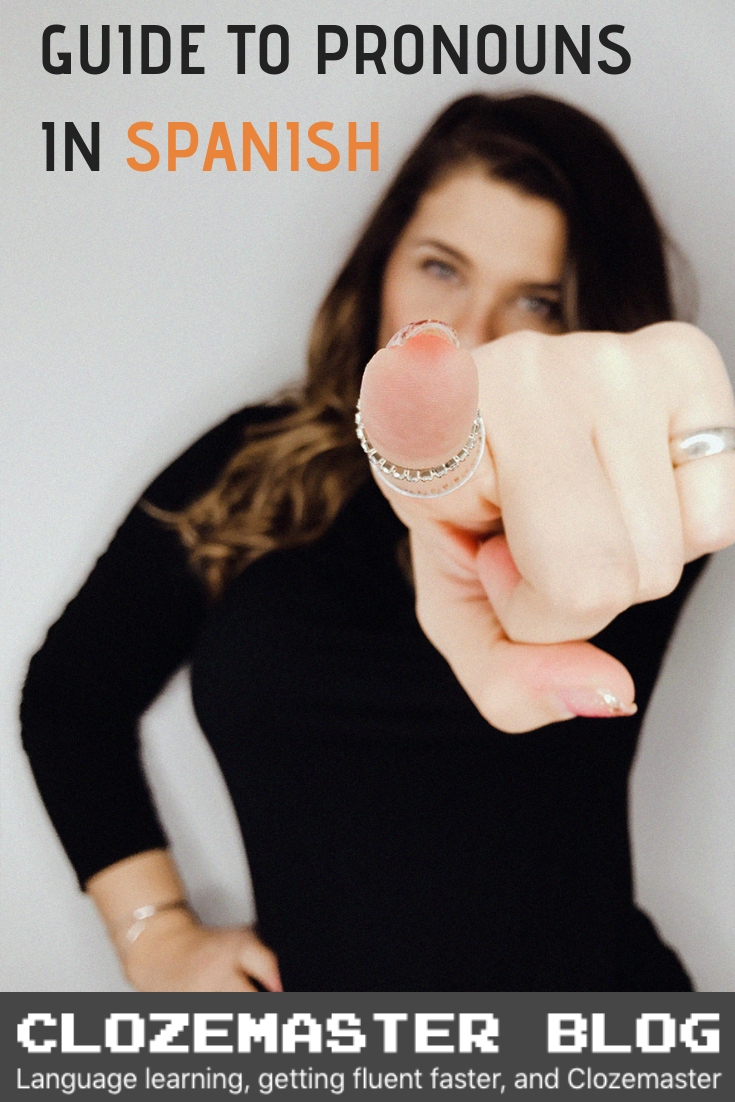